Rents Are Rising Quickly in Haverhill, Medford, and Waltham

According to a new report, the three towns claim the fastest growing rents since last year. 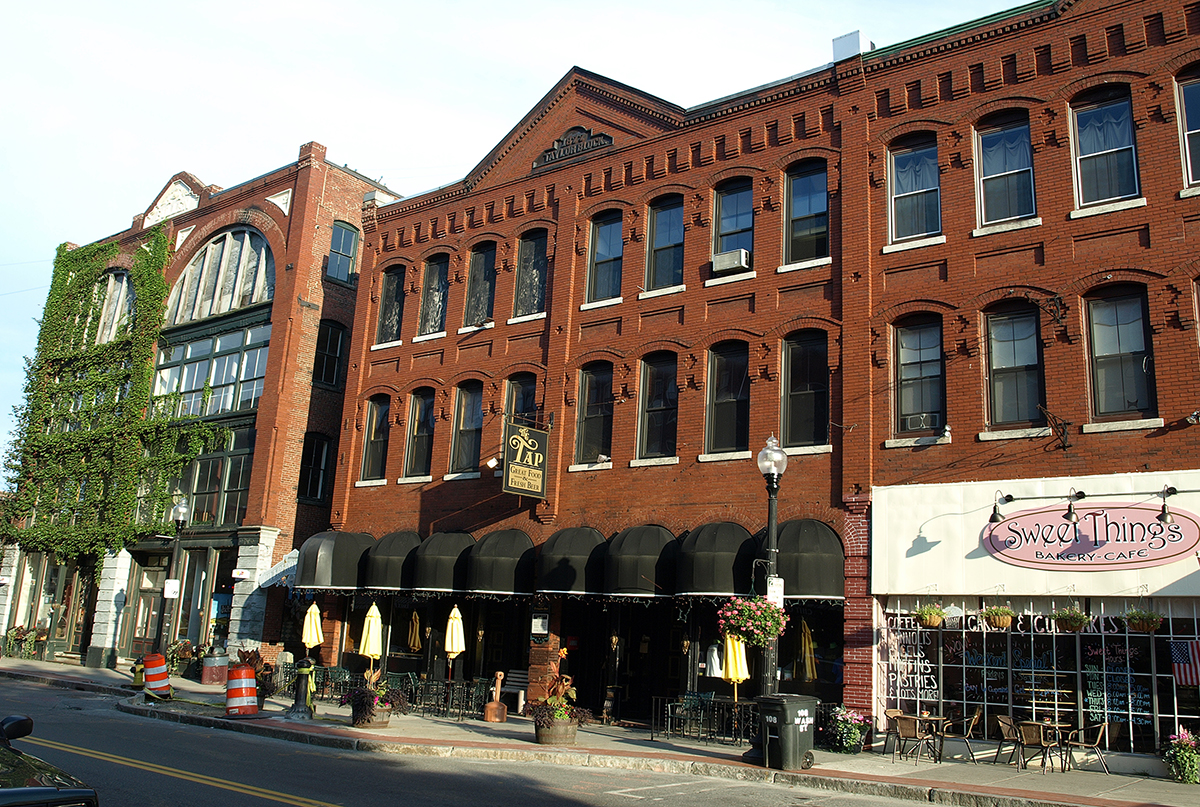 Think the rent increases your landlord slapped on your lease this year are steep? It turns out it’s been tough for renters outside of the city, too—Haverhill, Medford, and Waltham have some of the fastest growing rents since last year.

A new report from apartment rental site Zumper analyzed active listings in 15 cities in eastern Massachusetts, then calculated median one-bedroom rent prices in each one. Researchers came away from the data with three lists: the most expensive cities, the least expensive cities, and the cities with the fastest growing rents.

Rents are rising the most quickly in Haverhill, which jumped 6.5 percent since last June. Medford followed, climbing 4.8 percent, while Waltham clocked in at 4.7 percent.

The most expensive city on the list is, surprisingly, not Boston. Cambridge came in first place with a median of $2,360 for a one-bedroom apartment. Brookline was second with $2,300 per month, and then Boston at $2,200.

On the opposite end of the spectrum is Worcester, which claims the lowest median rent on the list at $1,150. Brockton came in $100 higher at $1,250, and Lowell asked $1,330. The three least expensive cities all command dollar amounts under the state’s median price: $1,760.

Check out the chart below to see the complete lineup of median rent prices across 15 Massachusetts cities—pay special attention to the pink dotted line, which shows the state’s median rent. 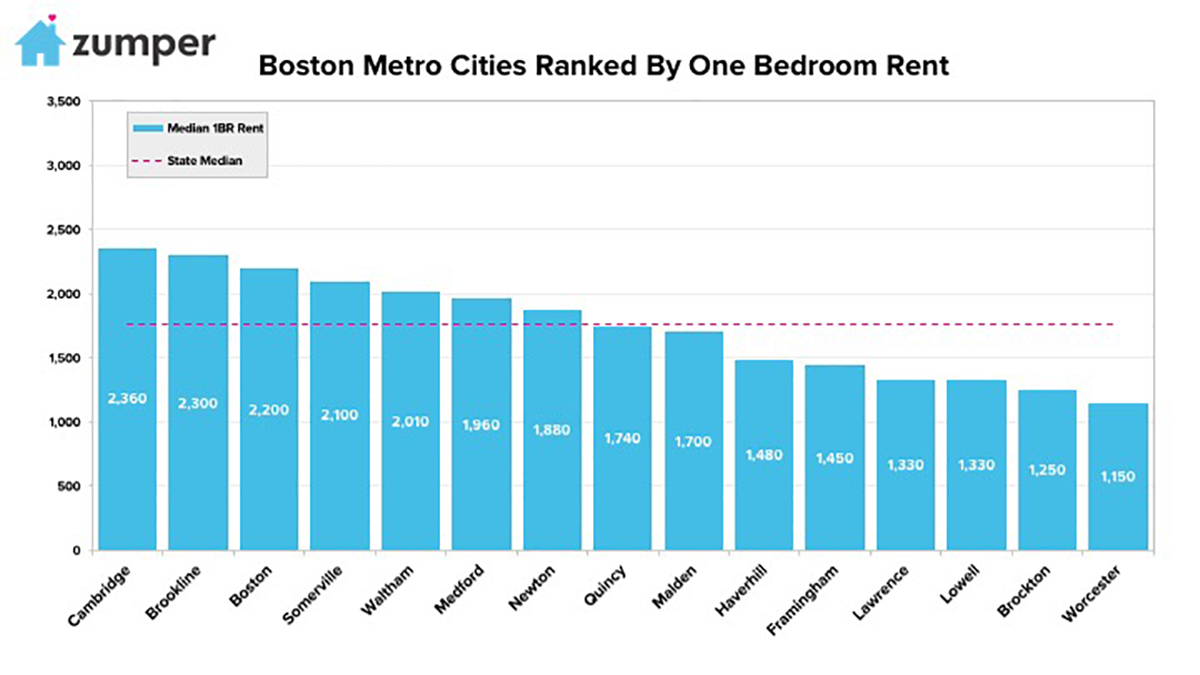