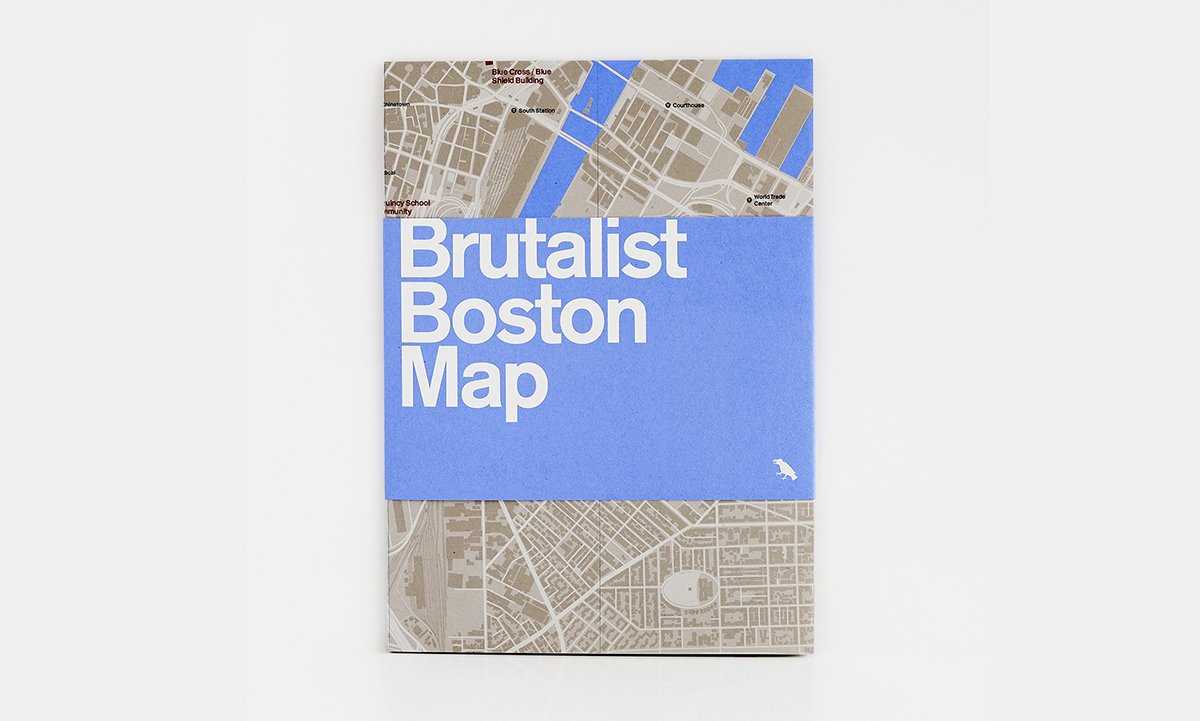 Brutalist buildings are, for the most part, pretty easy to spot: concrete blocks, hard lines, and a lack of ornamentation are a few giveaways. They’re visible in Boston in places like Government Center, thanks to the city’s wave of urban renewal in the ’60s and ’70s, when many of the cement behemoths were created.

In Government Center and beyond, Boston has a surprisingly robust Brutalist building collection—one that’s just been laid out on a map aptly titled “Brutalist Boston Map.” Created by Chris Grimley, Michael Kubo, and Mark Pasnik, authors of the recently published Boston Brutalism bible, Heroic: Concrete Architecture and the New Boston, the fold-up map was designed as a trusty reference guide and travel companion. It was produced in partnership with London’s Blue Crow Media, which has printed Brutalist maps of cities like London and Washington, DC.

The map points out 48 different Brutalist buildings around town, giving a short rundown of each building, including its address, build date, and architects responsible, plus photographs and architectural tidbits. Of course, it features one of the country’s reigning examples of American Brutalism: City Hall. 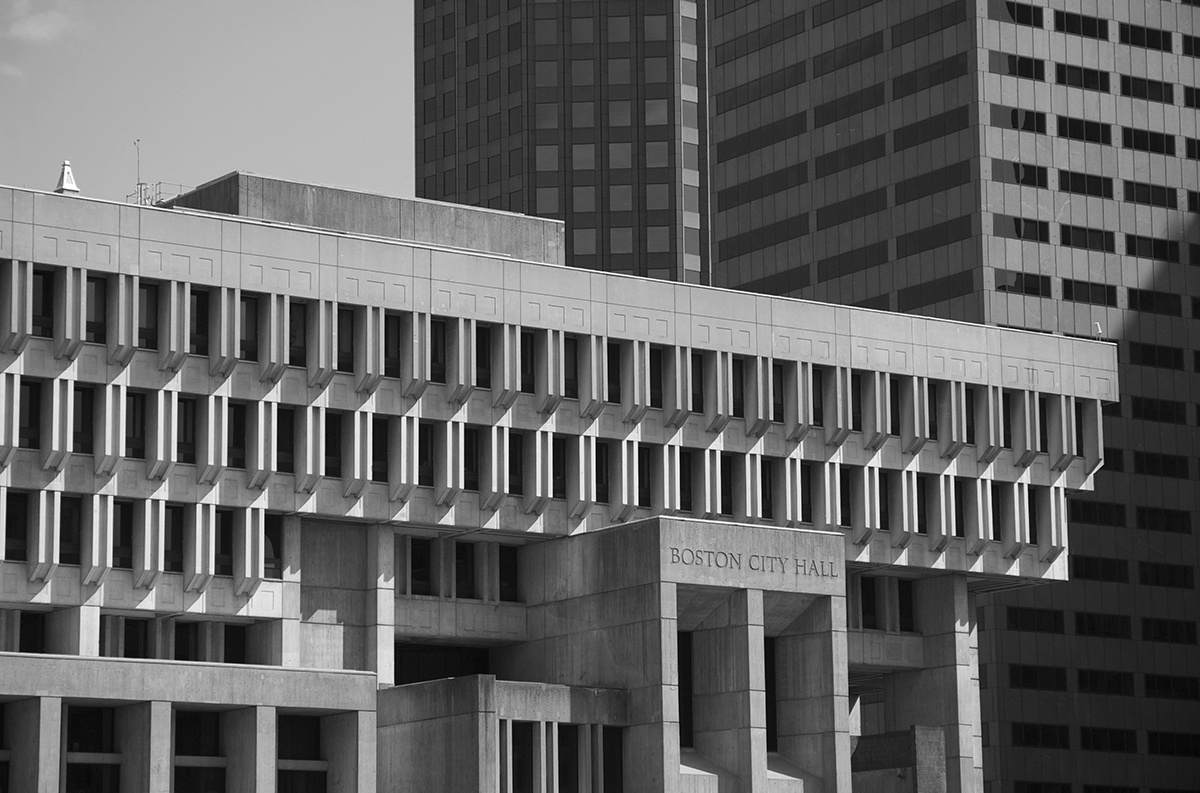 The contentious civic building, while beautiful to some, has been dubbed undeniably atrocious by others. It was once ranked the ugliest building in the world, probably to the delight of former Mayor Menino, who always disliked City Hall.

Love it or hate it, the Brutalism that City Hall is despised for is experiencing a rise in popularity. Instagram accounts dedicated to Brutalism capture its striking shadows and lines, and a Brutalism Reddit page sings concrete’s praises.

“I would say there’s a renewed appreciation of [Brutalism’s] place in history, which doesn’t necessarily have to be an aesthetic one,” says Chris Grimley, one of the map’s co-authors.

The map gives an overview of the ideals of the “New Boston,” which manifested in Boston’s concrete architecture in the ’60s and ’70s. It was thought these new buildings would reinvigorate the city, their uniformity symbolizing reformed political unity. The map highlights landmarks like Paul Rudolph’s Government Service Center and Le Corbusier’s Carpenter Center for the Visual Arts at Harvard University, and lesser-known spots including schools, hospitals, and libraries.

“[The map] is a new entry to the discussion of these buildings,” says Grimley. “It gets people thinking about them in a different way.”

The Brutalist Boston Map is available at bluecrowmedia.com. 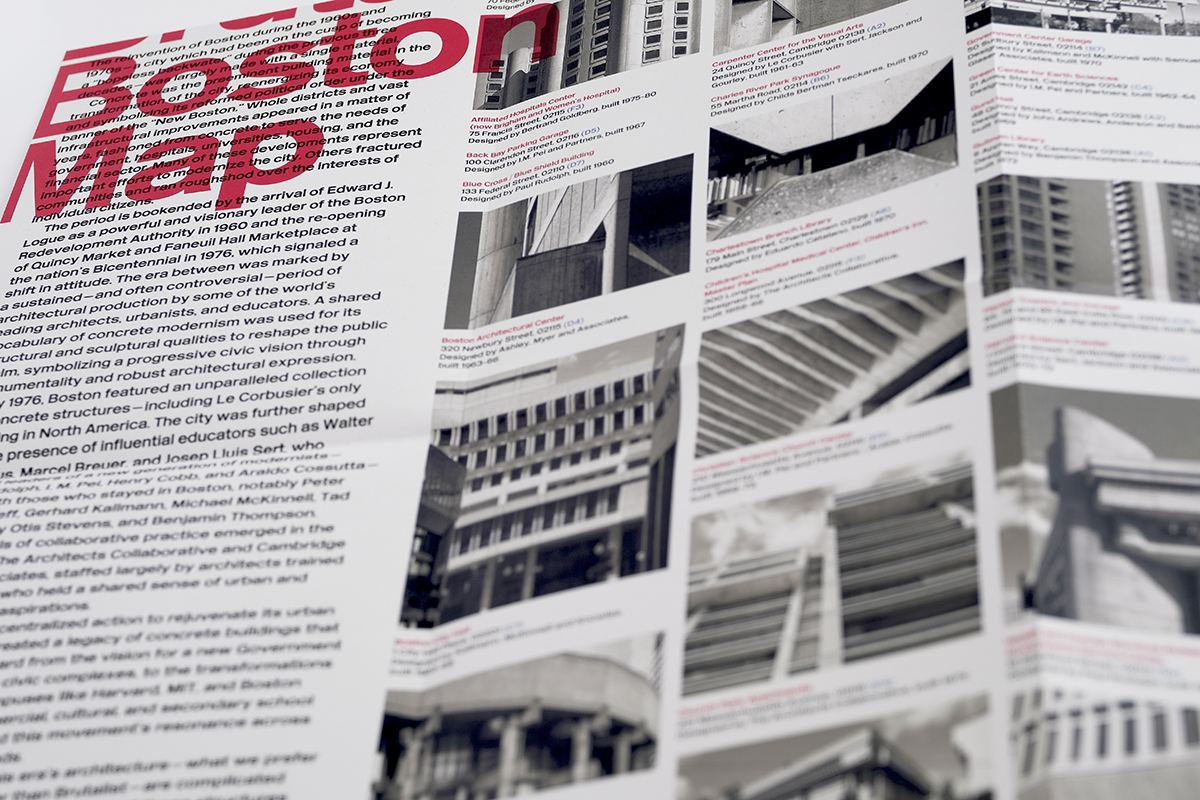