You Can Buy Furniture Made from the Seaport Shipwreck

See the handmade décor and salvaged artifacts for yourself at District Hall. 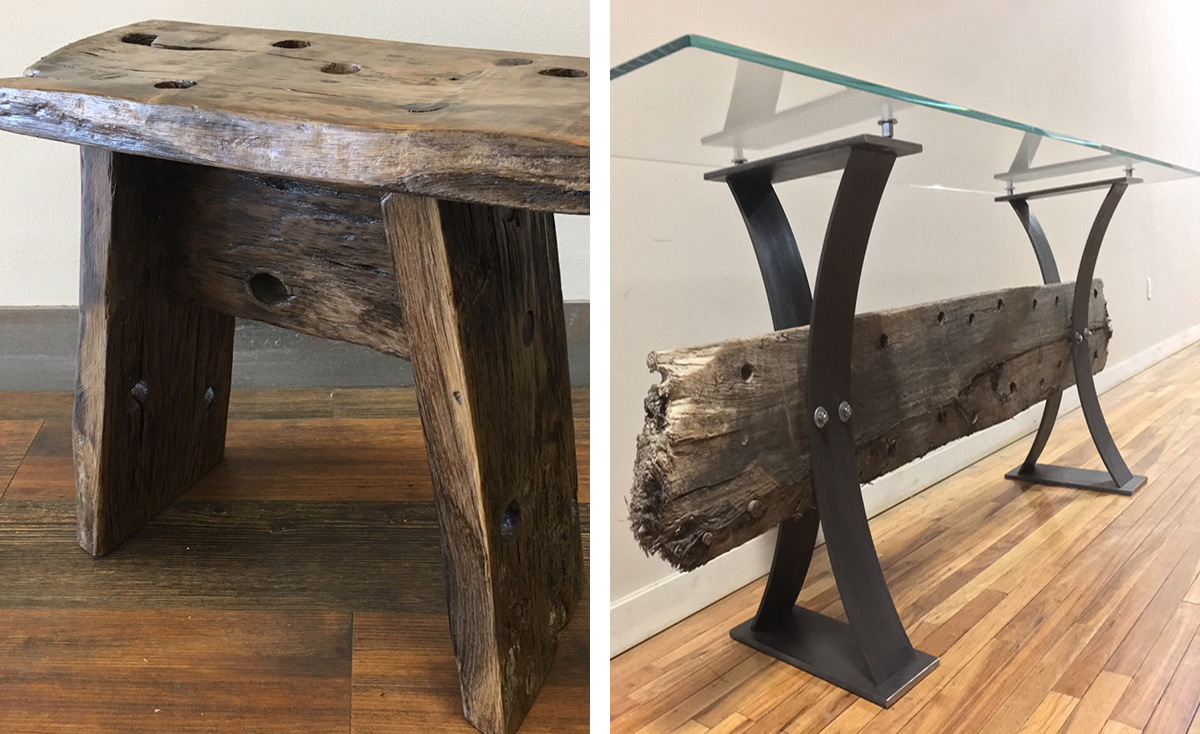 John Dickey, a Charlestown craftsman who specializes in turning reclaimed wood and metal into one-of-a-kind home furnishings, has gotten his hands on some pretty unique materials over the years. He’s helped salvage the giant doors from a local whistle mill for the Mystic Brewery, turned a safe found buried in a family’s basement into a gigantic coffee table, and helped repurpose the planks from the famous Coronet yacht in Rhode Island.

But after workers last year unearthed a rare treasure at a construction site in the Seaport, he got the opportunity of a lifetime: the entirety of a real-life, 19th century shipwreck and all the rare, pristine wood it has to offer. Skanska USA, the construction and development firm that discovered the ship last May, tapped him to put the ship to use. And ever since, he and his team have been turning it into some stunning furniture with a story to tell. “It’s been a huge privilege,” says Dickey, who goes by the moniker Timber Guy. “We love this wood.”

So far, Dickey’s turned about a third of the rare materials into furniture: short, stubby stools pockmarked with holes; steamer trunks made with rugged wooden planks that hide more modern materials inside; and tables made either entirely out of wood or out of interestingly shaped pieces topped with glass; and a bunch of pens. He is also showcasing larger artifacts from the ship by mounting them on stands and podiums.

Next week, he’s inviting the public to get a first-hand look at his work, as well as other salvaged pieces of the ship and a big segment of its hull. It will be displayed at District Hall, just 500 feet from where it lay hidden for generations. 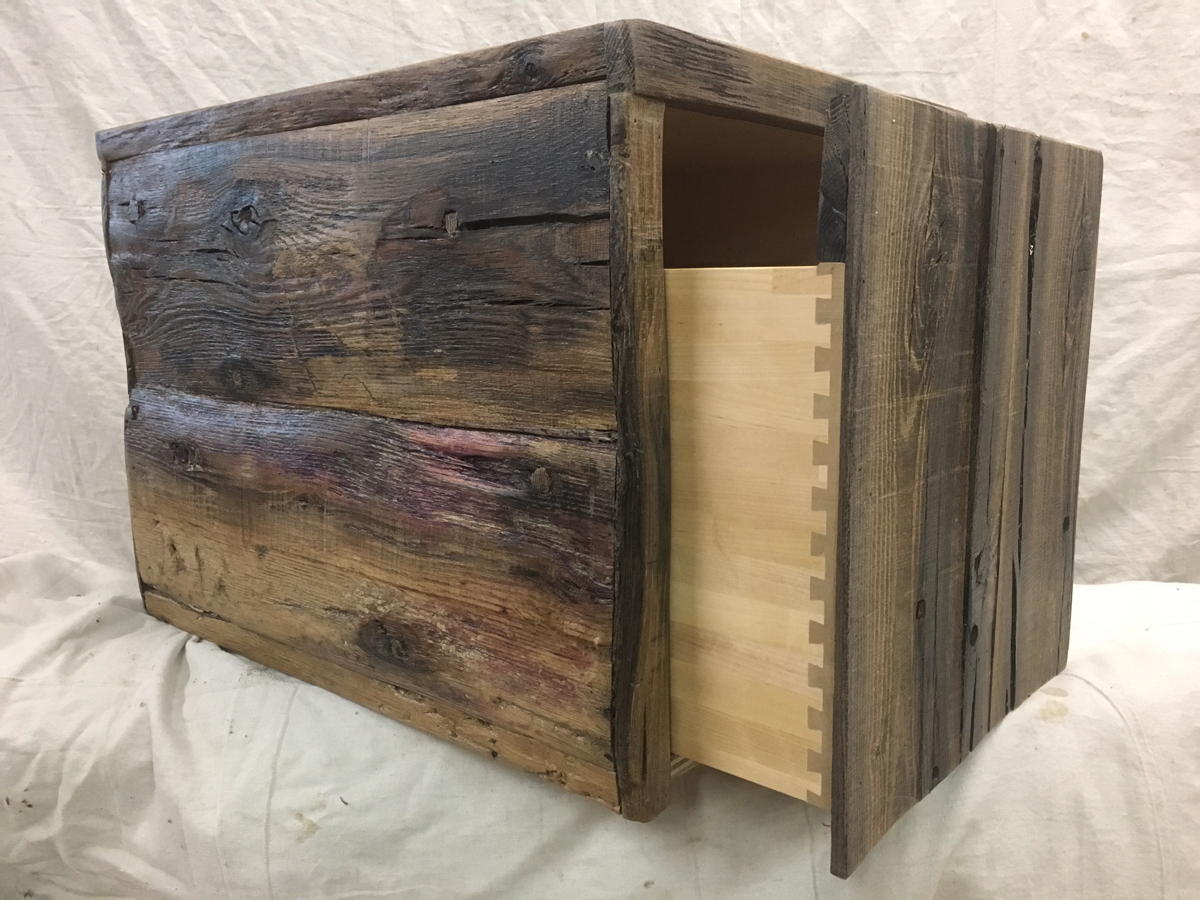 What, exactly, does more than a century underground do to a couple thousand pounds of boat? Way less than you’d think, Dickey says. That’s because it’s essentially been preserved this whole time while encased in dirt, undisturbed by water, light, air, or even worms and insects. “This wood behaves like a newly cut tree,” he says. “The moisture content is very high.”

It’s what’s known as “old-growth” oak and pine, which, just like it sounds, means it grew for ages before it was cut down, and is therefore more durable, dense, and intricately patterned than the younger wood typically available to modern craftsmen. “We just don’t see wood like this,” he says. “Every time we cut one of these pieces open, we marvel at the unique qualities of it. It’s super strong, it’s beautiful, it’s great. It isn’t something you’d buy at the hardware store.”

A portion of the work will be placed inside properties built at the site by Skanska, which has also proposed an outdoor museum dedicated to the find in a courtyard. But much of the furniture gleaned from the shipwreck will be for sale, and Dickey says he is taking custom orders (he says he only discusses prices with serious buyers, but his products can range between a few hundred to tens of thousands of dollars apiece).

Showcased at District Hall, alongside the reclaimed wooden chairs and chests, will be a collection of artifacts from the ship that offer a look into the not-so-distant past, including its bronze nails, dowels, barrels, and a number of “futtocks,” or rib-like supports. He encourages visitors to soak in the history and feel the wood for themselves. “This is a chance for people to actually touch the keel and the hull and the planks—everything,” he says.

Dickey, for one, hopes many of the objects end up either in museums, schools, or publicly accessible lobbies, where everyone intrigued by the ship’s story can enjoy them. “This stuff is too cool to keep locked up in people’s offices,” he says. 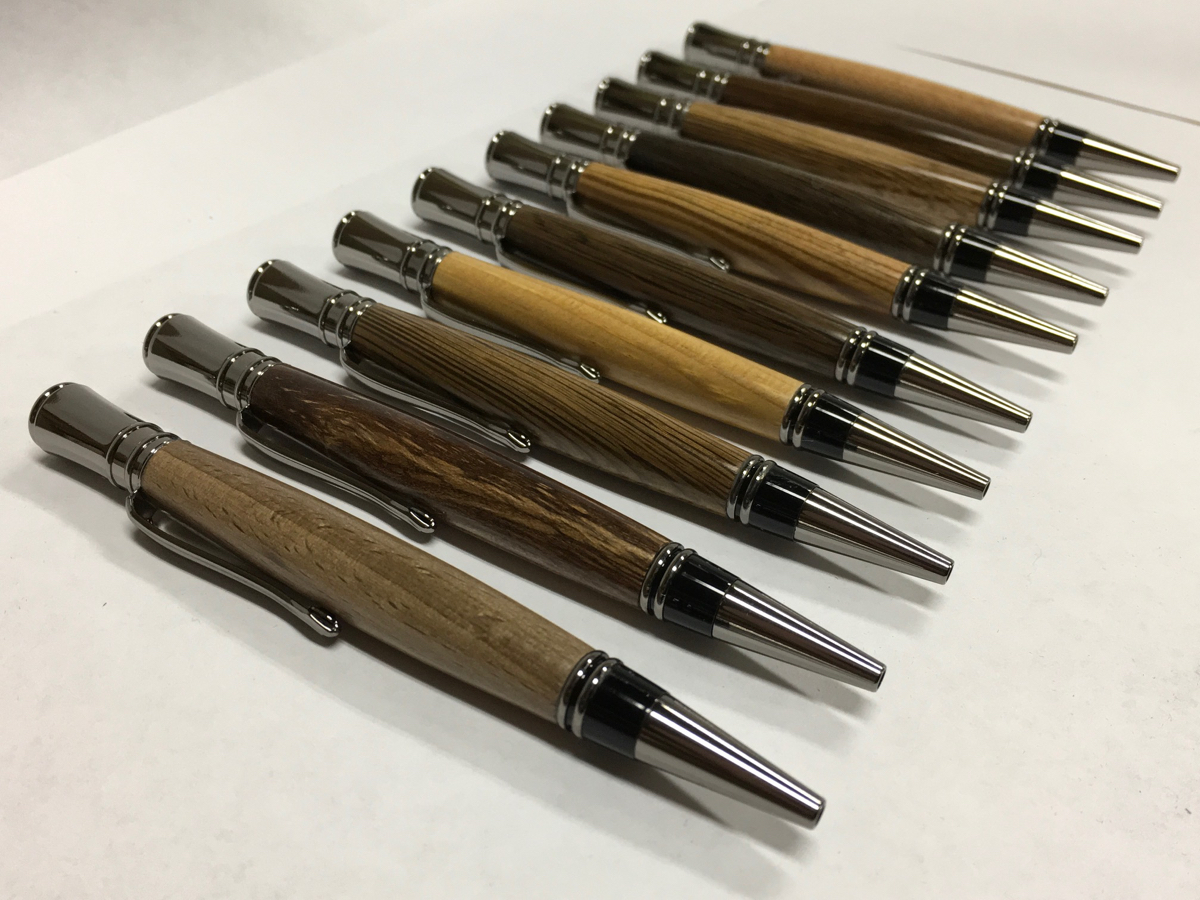