When it sells, it would surpass the current record by $5 million. 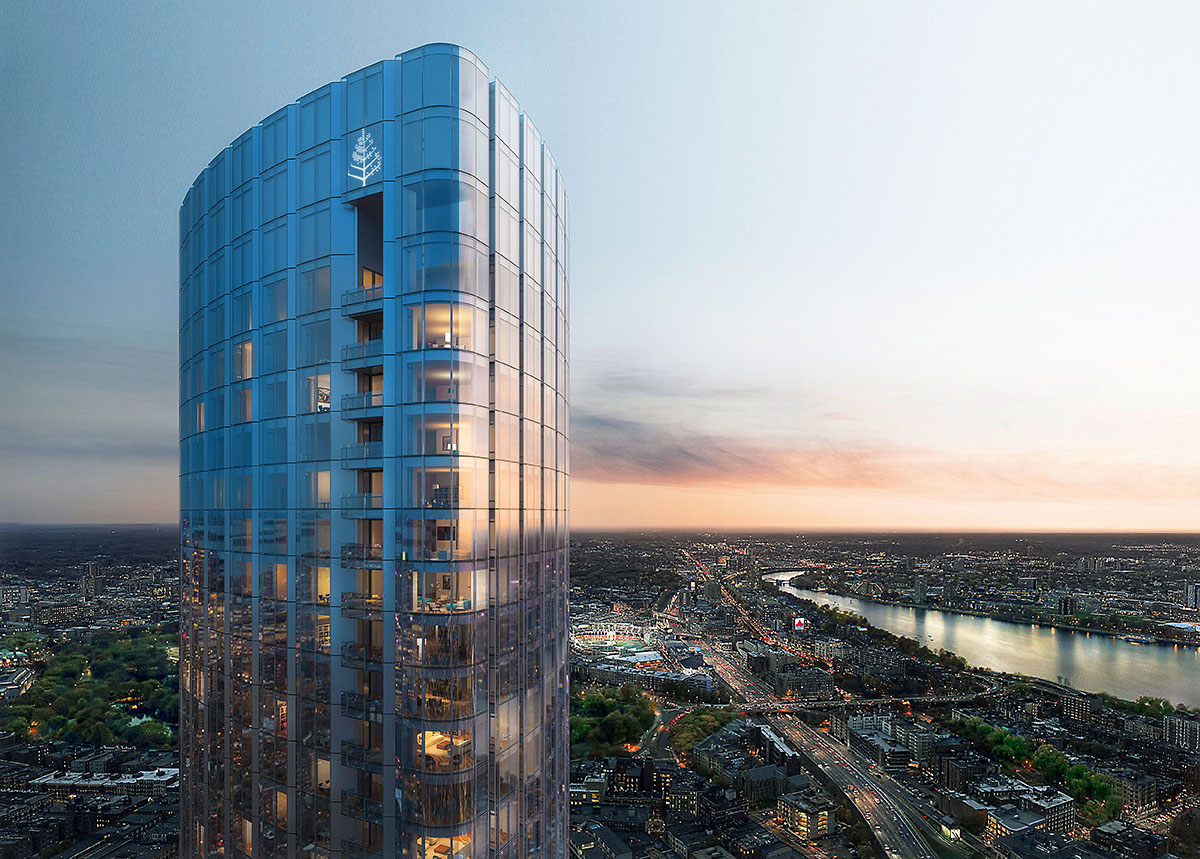 Though it doesn’t exist yet, the penthouse at the Four Seasons Private Residences at One Dalton Street is about to hit the market—for a whopping $40 million.

When completed in 2018, One Dalton will be the tallest residential building in New England. So it’s fitting, then, that its city-topping $40 million penthouse would shatter Boston price records when it sells.

If the condo does indeed sell for $40 million (just because it’s listed for $40 million doesn’t mean it will close for $40 million), it would surpass the current price record by $5 million. Until then, the record will be held by John Grayken, a Massachusetts native and tight-lipped billionaire investor. He bought the Millennium Tower’s sprawling penthouse for $35 million last summer.

One Dalton’s soon-to-be for sale penthouse is the last of three penthouses to hit the market, according to the Wall Street Journal. The Journal reports the first penthouse entered into contract for “about $40 million” last year, according to developer Richard Friedman, and the second went under contract in June.

The newest penthouse will stretch to 7,300 square feet and soar 61 stories over the city. It will boast four bedrooms, five bathrooms, and an almost 600-square-foot terrace. Future inhabitants of One Dalton will enjoy a slew of ultra-luxe building amenities, too. The golf simulation room may come in handy on rainy days, not to mention the private theater, salon, health club, and spa. There are also laundry services, housekeeping, and a 24-hour valet.

One Dalton is being developed by Carpenter & Company, and was designed by a team of architects that includes Gary Johnson of Cambridge Seven Associates and Harry Cobb.

Stay tuned for the penthouse’s listing from Campion & Co. Fine Homes Real Estate, the sales agent for all of One Dalton’s 160 luxury units.