Geeking Out with Geekhouse Bikes 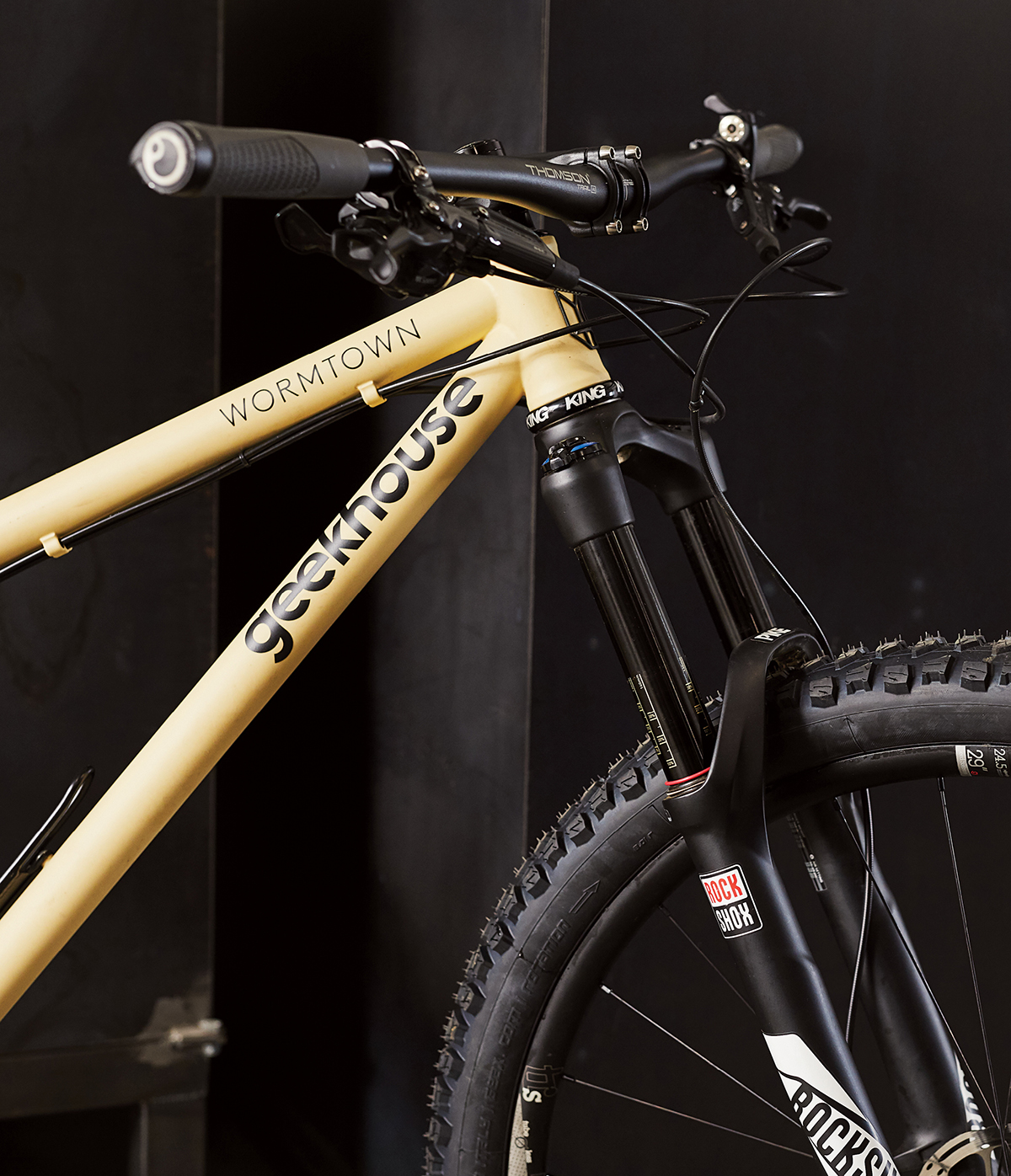 Marty Walsh sits on a black couch in his Charlestown workshop, surrounded by tools and machinery. It’s here, in this airy, brick-walled space, that the Northborough native practices the passion he’s parlayed into a career: building custom bikes. “I really enjoy the problem-solving,” says Walsh, a longtime cyclist and the owner of Geekhouse Bikes. “Nothing ever goes according to plan.”

Walsh’s roots in the bike industry stretch back 20 years. He began racing mountain bikes at age 13, later supplementing his time on the trails of central Massachusetts with shifts at local bike shops, where he worked in sales and then management. Eventually, Walsh—a member of UMass Amherst’s cycling team during his college years—decided to try his hand at making bikes himself. All he needed was someone to teach him how.

He contacted master craftsman Mike Flanigan—revered in the local bike-building community for his work with pioneering companies such as Fat City, ANT, and Seven Cycles—who agreed to show him the ropes. “Frame builders have a long history in Boston,” Walsh says, referencing the dawn of the city’s artisan-bike movement in the 1970s. “When I sought out an apprenticeship, I wanted to learn from that same lineage.” After a year and a half of training with Flanigan, Walsh felt ready to strike out on his own. He set up shop in Lower Allston in 2008, and Geekhouse Bikes—named as a playful nod to Walsh’s self-professed “bike geekery”—finally opened for business.

Now, nearly a decade later, Walsh’s once-fledgling company is a force to be reckoned with among the city’s bike builders. Currently operating out of an industrial building along the banks of the Mystic River, Geekhouse Bikes offers four customizable models, with Walsh personally fitting, designing, and constructing each one. The “Mudville” cyclocross (a racing bike designed with northeastern terrain in mind) and the “Deerfield” gravel (a hardy, distance-friendly bike) are the company’s most popular items, ranging in starting price from $1,899 to $2,999. “I’m a one-man shop at this point,” says Walsh, adding that he’s had occasional part-time help over the years. “It’s a much more personal experience with me because I’m doing everything.”

The road from initial order to finished product is a long and complicated one. After capturing a customer’s precise measurements (range of motion, flexibility, arm length, etc.) with a motorized Fit Cycle machine, Walsh enters the data into a CAD program to design the bike and order the necessary materials. He then cuts the various components (aircraft-grade steel and titanium) to match the customer’s specifications, using a device known as a frame jig to ensure the proper fit and measurements. Aligning and welding the components come next, followed by a brazing process, which mounts smaller cable stops to the newly birthed frame. Once final machining is complete, Walsh sandblasts the bike to prepare it for a powder coating and a spin in a 400-degree oven to lock in the color. Finally, after many hours of work, the bike is ready for assembly.

Walsh estimates that he’s built hundreds over the years, thanks in part to the city’s thriving cycling community. (For proof, consider that the number of bicycle commuters in Boston tripled between 2005 and 2015.) The waitlist for a Geekhouse bike has grown to six months, with orders coming in from around the world. It’s a welcome development for Walsh, who looks forward to the company’s future—no matter what form it takes. “I love the brand and building bikes, but all life is change and you have to evolve,” he says. “In 10 years, we might be carbon-printing 3-D bikes in a totally different way, and I’m open to that.” 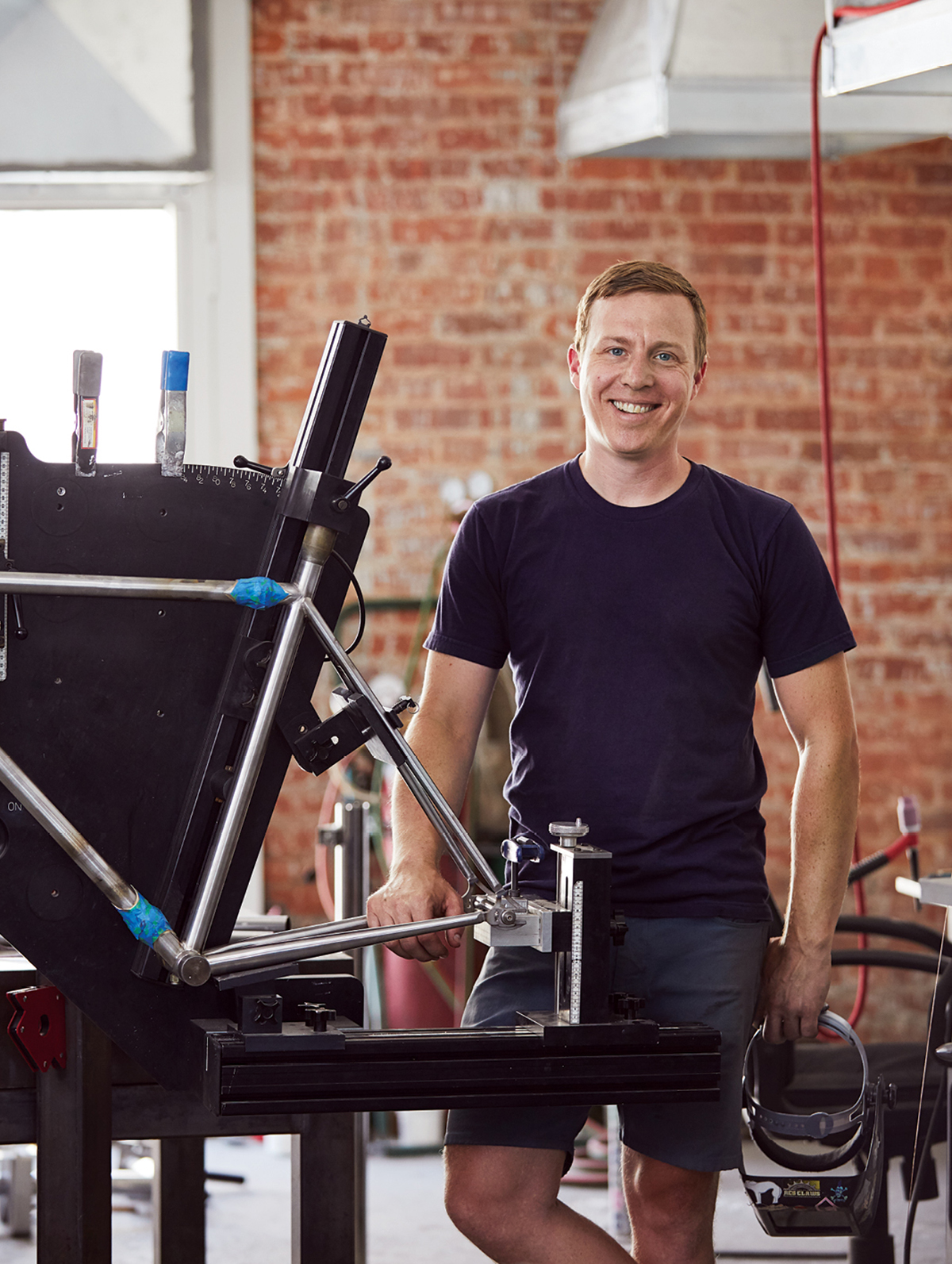 Marty Walsh in his Charlestown workshop. / Photograph by Pat Piasecki 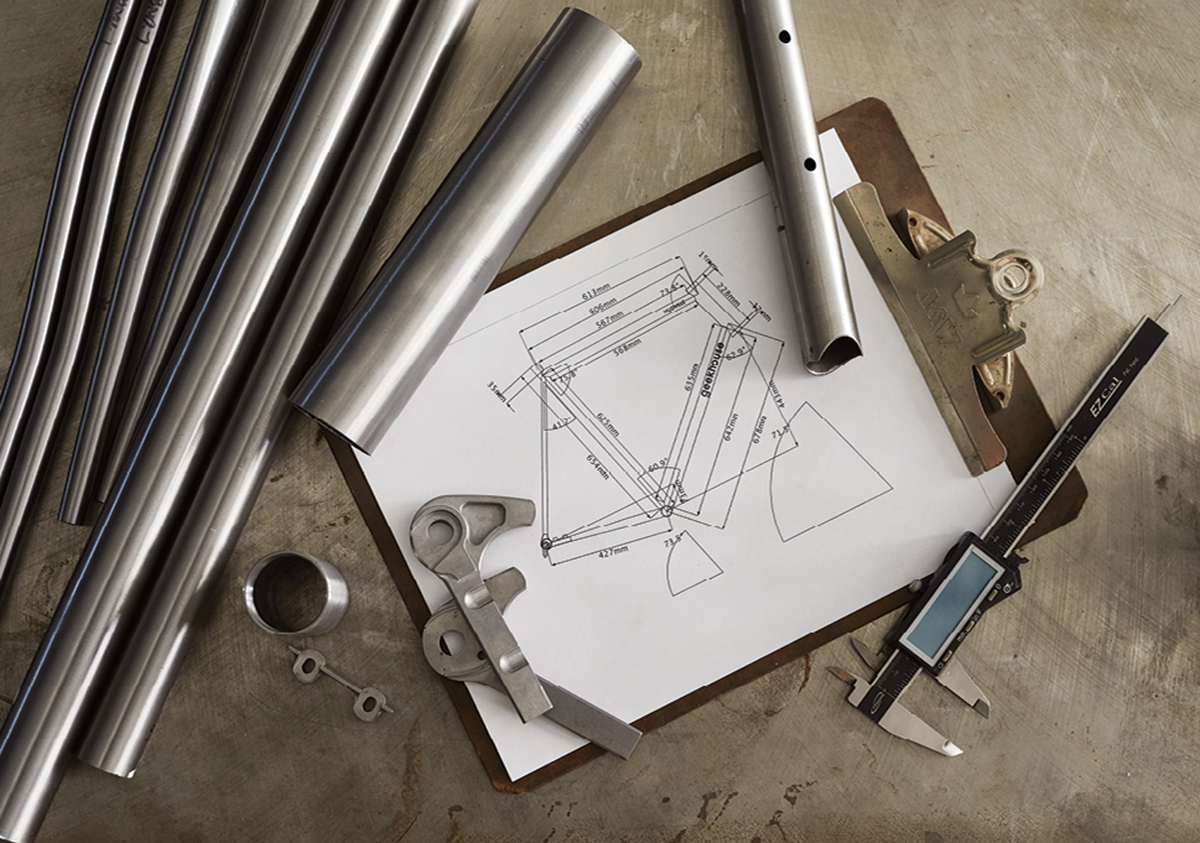 Plans for a new build. / Photograph by Pat Piasecki 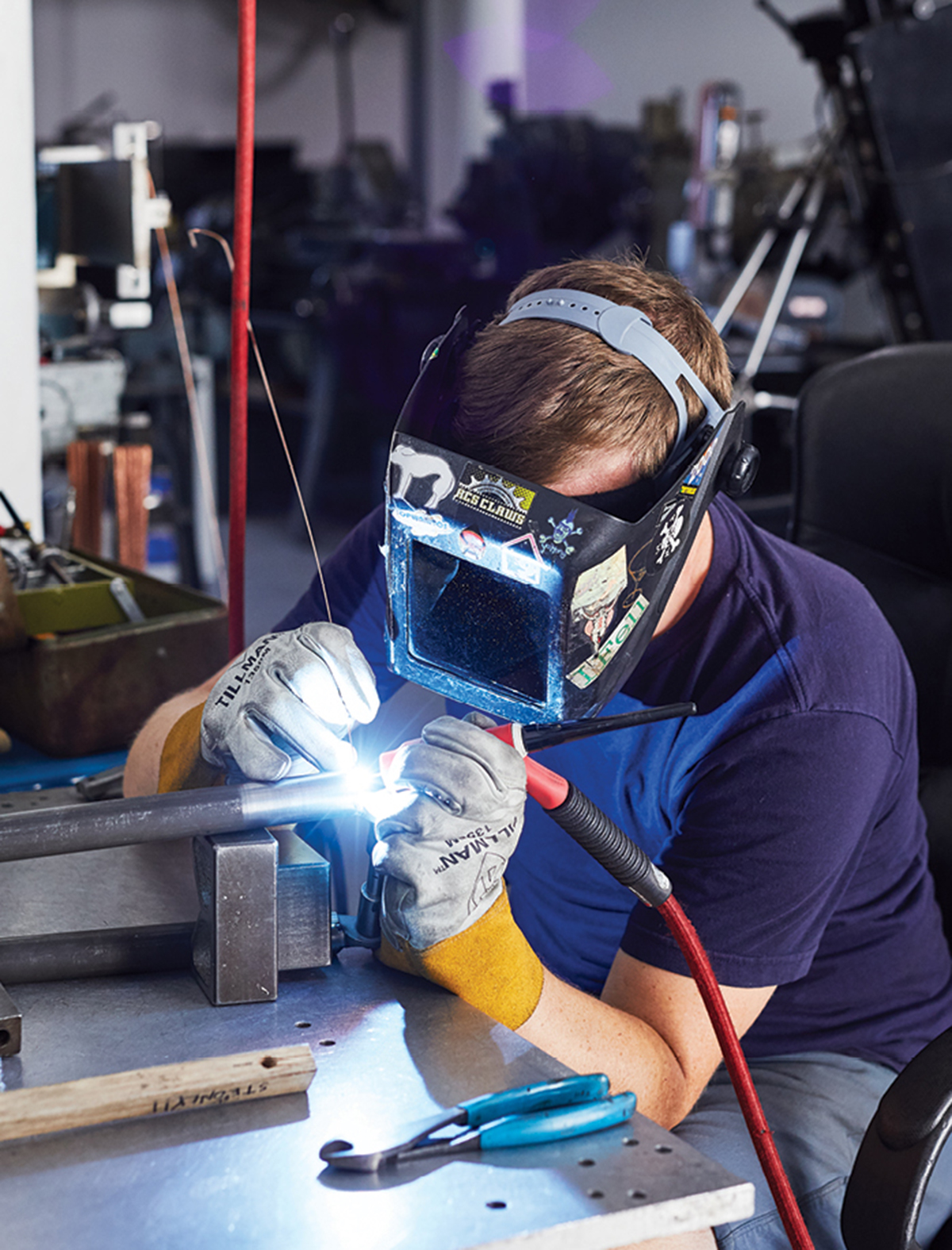 Walsh welds a bicycle fork, which connects to the wheel. / Photograph by Pat Piasecki 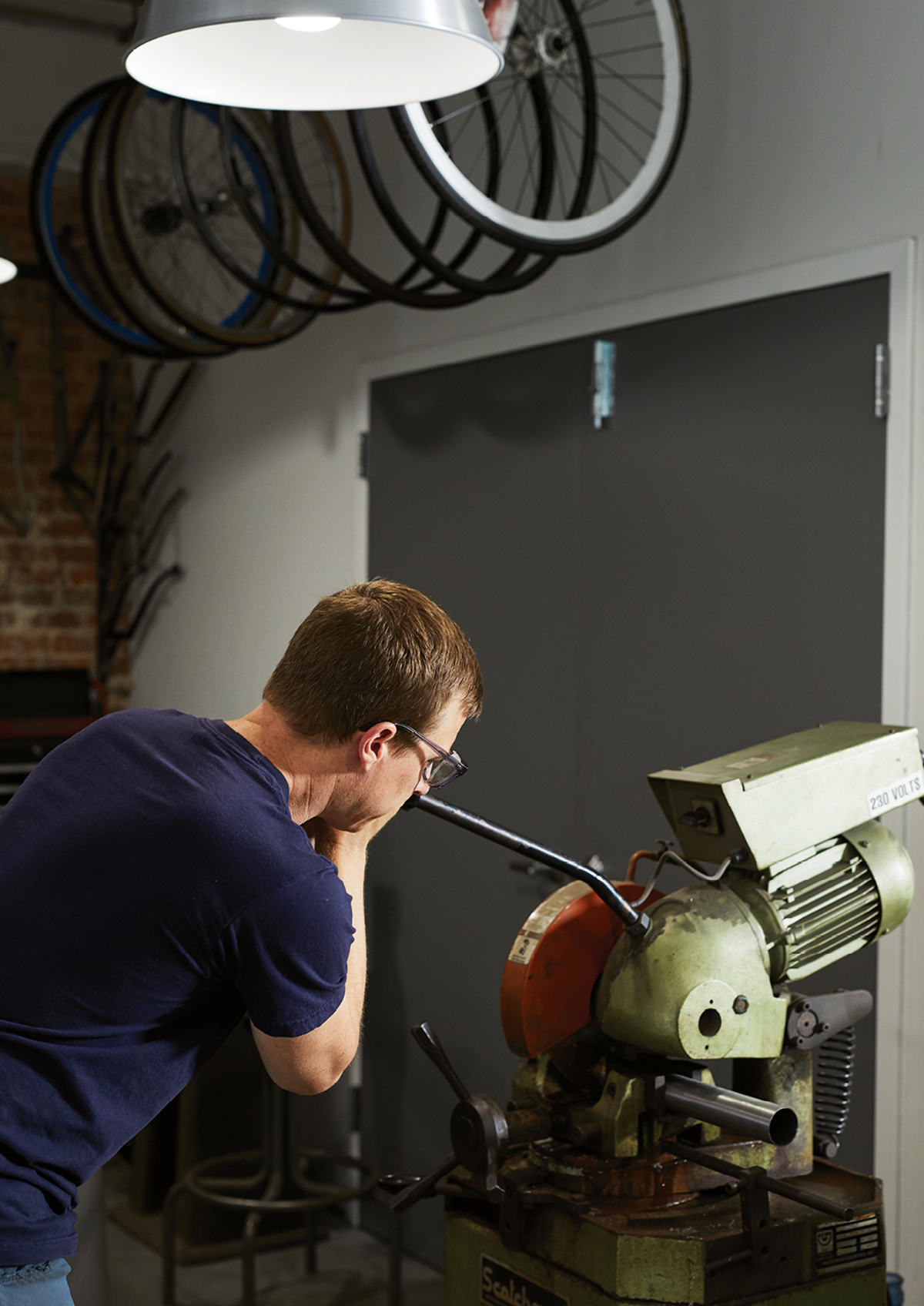 Walsh uses a cold saw to cut thicker materials such as steel. / Photograph by Pat Piasecki 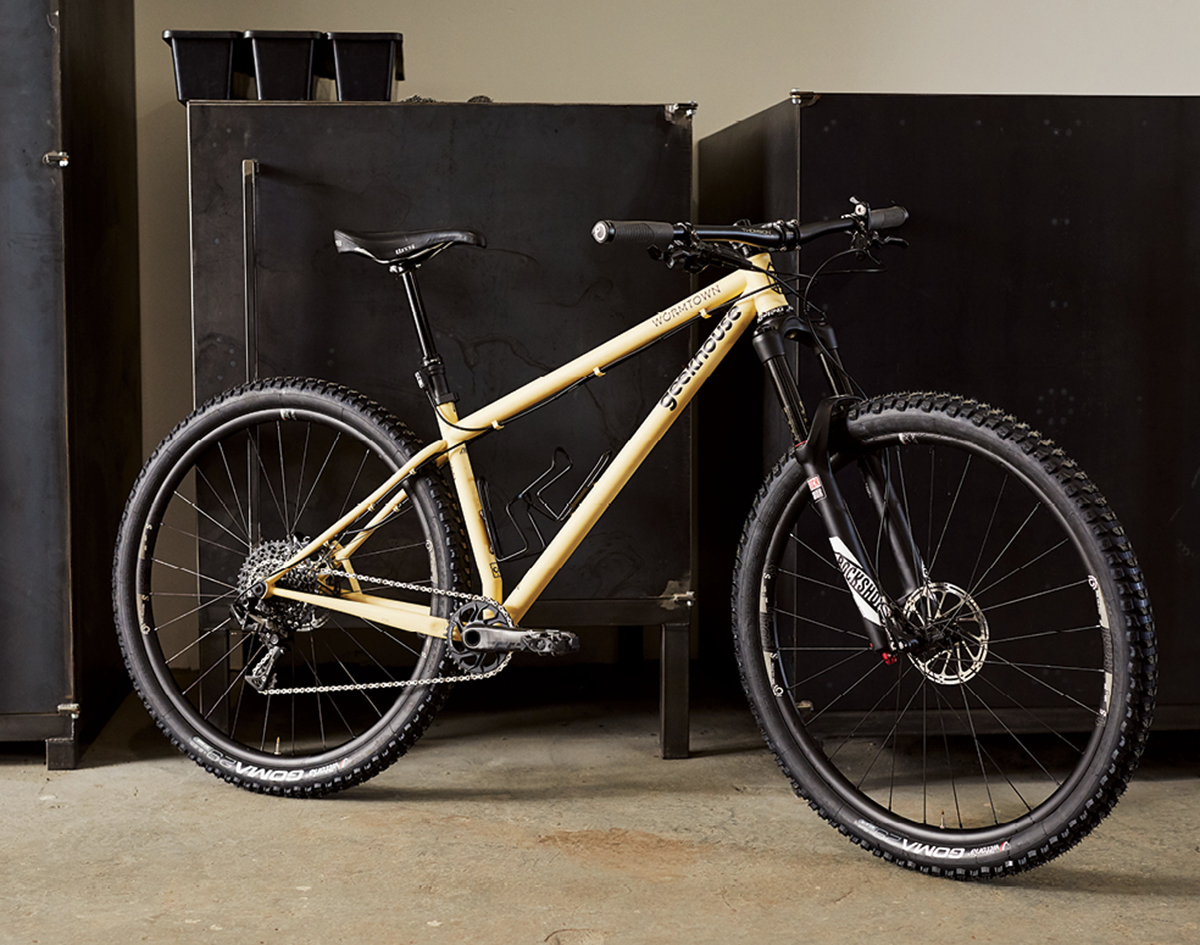 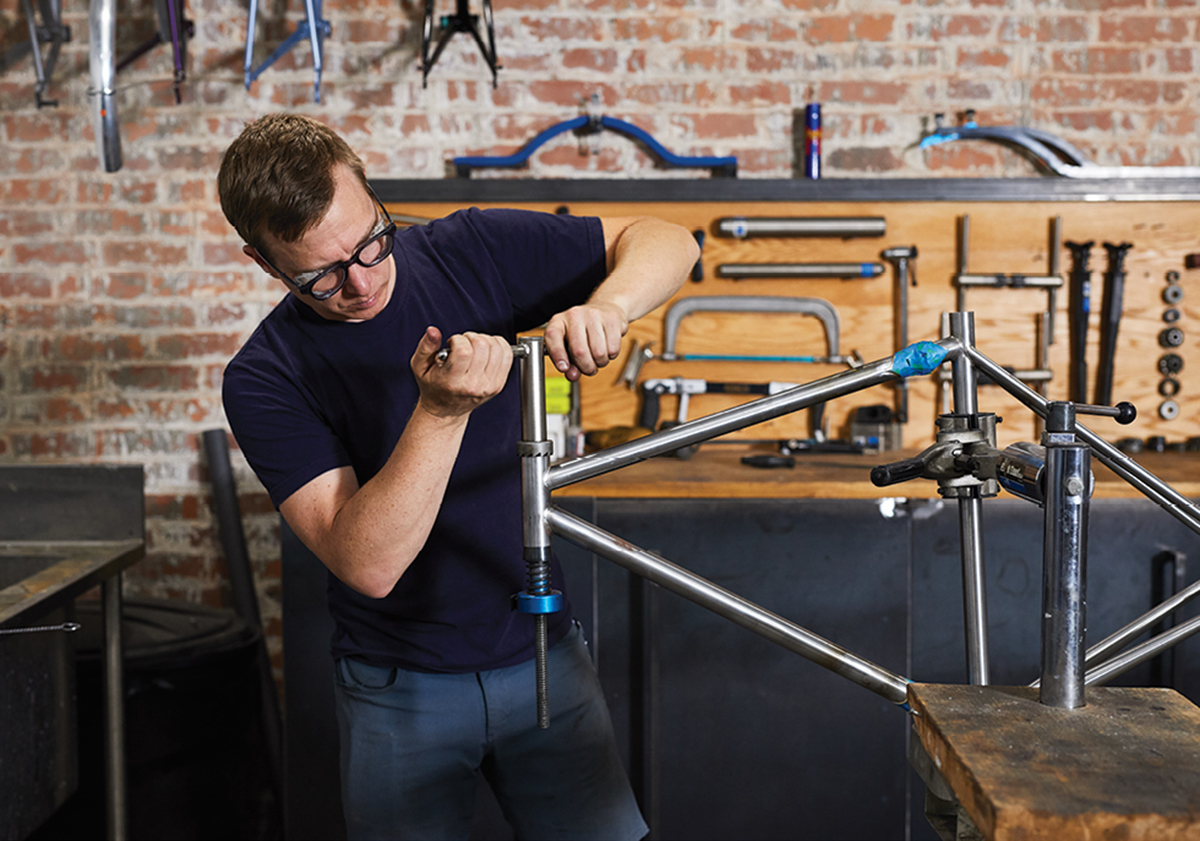 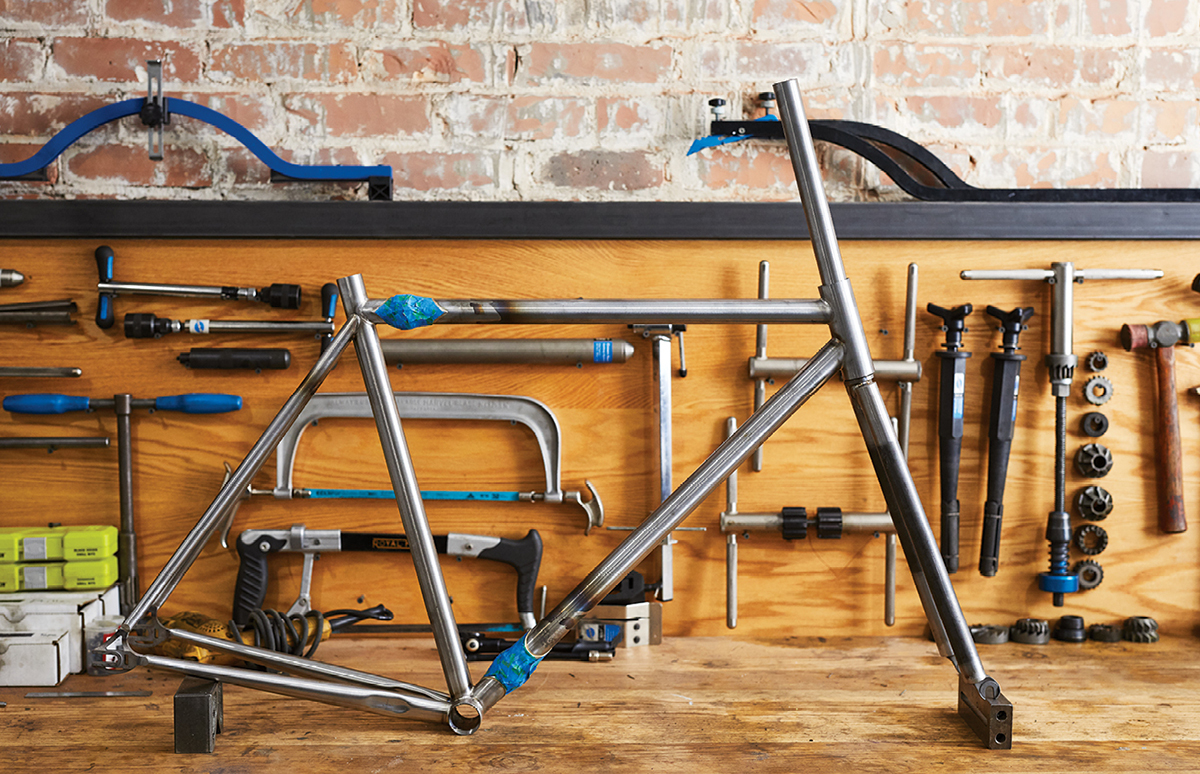