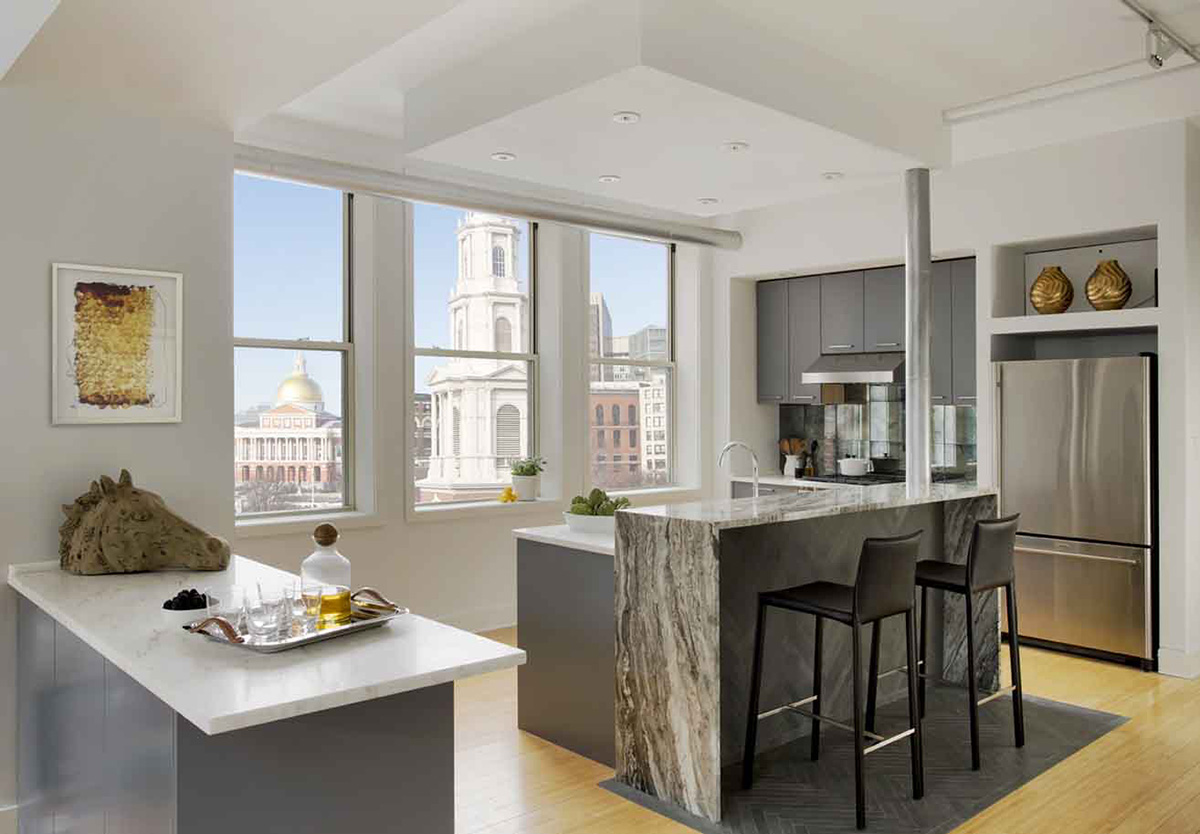 Tucked inside of a bulky laundry closet, piping in this Winter Street penthouse stood in the way of panoramic views.

Rather than reposition the closet, Amy McFadden, principal of Amy McFadden Interior Design, eliminated it entirely. She installed grey porcelain herringbone tile in its place to avoid a “patched” look from existing bamboo flooring.

Then, she incorporated those pesky, immovable pipes into the kitchen’s composition, opening up the space. “We worked with the industrial style of the condo,” explains McFadden, who wrapped the vent pipes in a galvanized metal tube to match the horizontal duct work running along the ceiling.

The remainder of the plumbing is concealed inside the marble waterfall island. The result? A sleek space for cooking and entertaining that shines almost as brightly as the State House dome in the distance. 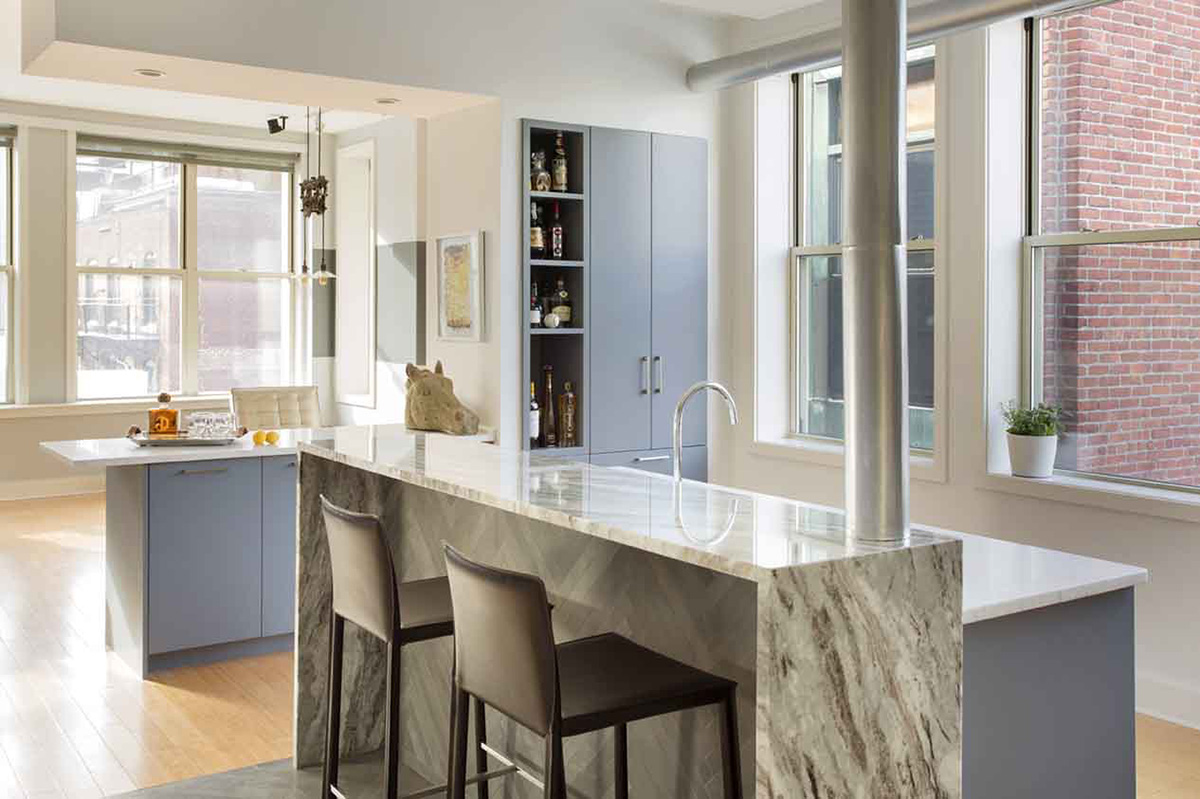