Becoming an office building may be the best thing that ever happened to it. 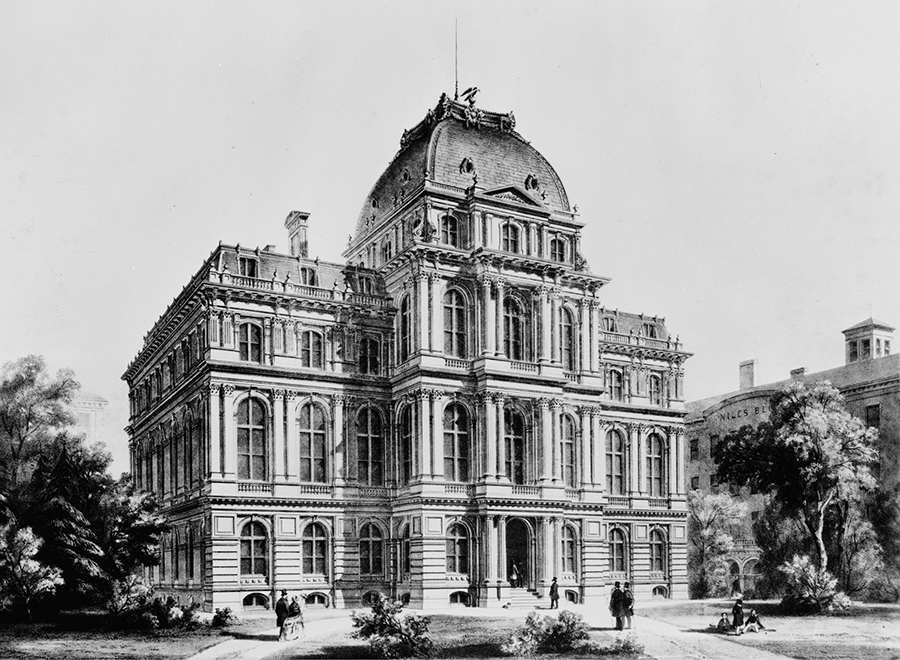 Boston has a long list of National Historic Landmarks—but only one where, in one fell swoop, you can trace the footsteps of James Michael Curley, stand in the spot where Ben Franklin dropped out of Boston Latin, and order a medium-rare rib-eye. Old City Hall, once the seat of power in Boston, and now host to a slew of businesses (including one of Boston’s toniest steakhouses), has managed to evolve unlike any other city structure.

Despite its name today, Old City Hall was a refreshingly new style of building upon completion in 1865. Its architects, Arthur Gilman and Gridley James Fox Bryant, drafted a design never before seen in Boston, borrowing from the new addition to the Louvre in Paris to build one of the first French Second Empire structures in the United States. A protruding central pavilion dominates the 80,000-square-foot building, topped by a sloping mansard roof—a hallmark of French Second Empire design. Multiple levels of pilasters bedeck the pavilion, while the building’s façade—fashioned with white granite from New Hampshire—displays rows of arched windows. Inside, Roman Ionic columns and pilasters line what once was the mayor and aldermen’s room.

For 104 years, 30 mayors—including John F. “Honey Fitz” Fitzgerald and Kevin White—conducted official business in this City Hall, right on top of the land where Boston Latin, the first public school in the nation, once held classes. As soon as it was unveiled, the building’s uncommonly ornate features sparked the imaginations of other American designers, spawning numerous imitations across the country. But its style eventually fell out of favor. In 1956’s The Last Hurrah, author Edwin O’Connor dismissed it as “a lunatic pile of a building, a great, grim, resolutely ugly dust-catcher.” As a wave of urban renewal swept over the city in the 1960s, Boston scrubbed its turret-topped, decoratively trimmed architecture for a bolder Brutalist future. Blocky concrete buildings replaced the out-of-style Victorians of Scollay Square. A newer, supposedly grander City Hall sprang up in Government Center—and the former City Hall gained a modifier: “Old.” 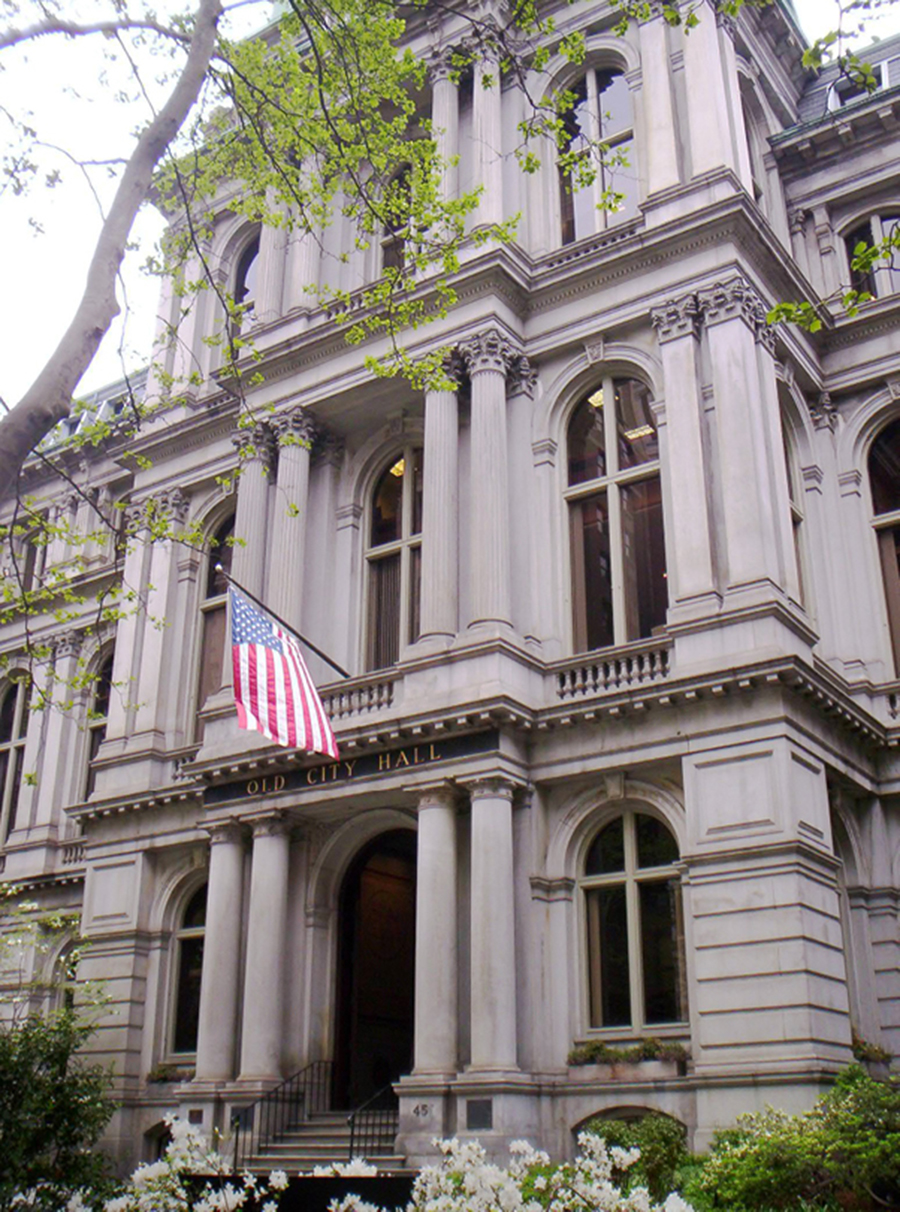 Today, the building houses offices and a restaurant. / Photography by Zenmasterdod/Flickr

At one point, the Boston Redevelopment Authority talked of demolishing Old City Hall. “It was not highly loved at the time,” explains Architectural Heritage Foundation (AHF) founder and chairman emeritus Roger Webb, who stepped in to save the shunned structure after creating the AHF in 1966. Webb’s idea to keep the “dust-catcher” standing? Convert the government building into a privately held one, where commercial entities could rent spaces. The notion was unheard of in Boston, but it worked. Webb secured a 99-year lease on the building from the City of Boston, and in 1969, Finegold Alexander + Associates Inc., the firm now known as Finegold Alexander Architects, began renovating the place, carving it up into rental space.

By 1971, Old City Hall welcomed its first tenant: Maison Robert. Webb says the Parisian restaurant was a natural fit for the building’s French Second Empire style, and indeed it was—the famed eatery attracted celebrities and politicians until it closed in 2004 and was replaced by Ruth’s Chris Steak House. As more tenants filed into Old City Hall, including the AHF itself, the American Institute of Architects (AIA) took note. The building’s successful adaptive reuse inspired the group to preserve more aging buildings. “You’re looking at the most promising trend in modern architecture,” reads a 1971 AIA advertisement, plastered with an image of Old City Hall’s perfectly preserved façade. The building that once garnered attention with its unusual design was once again making waves.

In July 2017, a real estate firm called Synergy Investments acquired Old City Hall’s 99-year lease for $30.1 million. The company and the AHF agreed to reserve $5 million for repairs and renovations to the building as part of the deal. Though tenants have come and gone, Boston’s former City Hall remains relatively unchanged. Its lease, on the other hand, is halfway complete. Translation? Old City Hall has just over 50 years to kick-start the country’s next architectural craze.