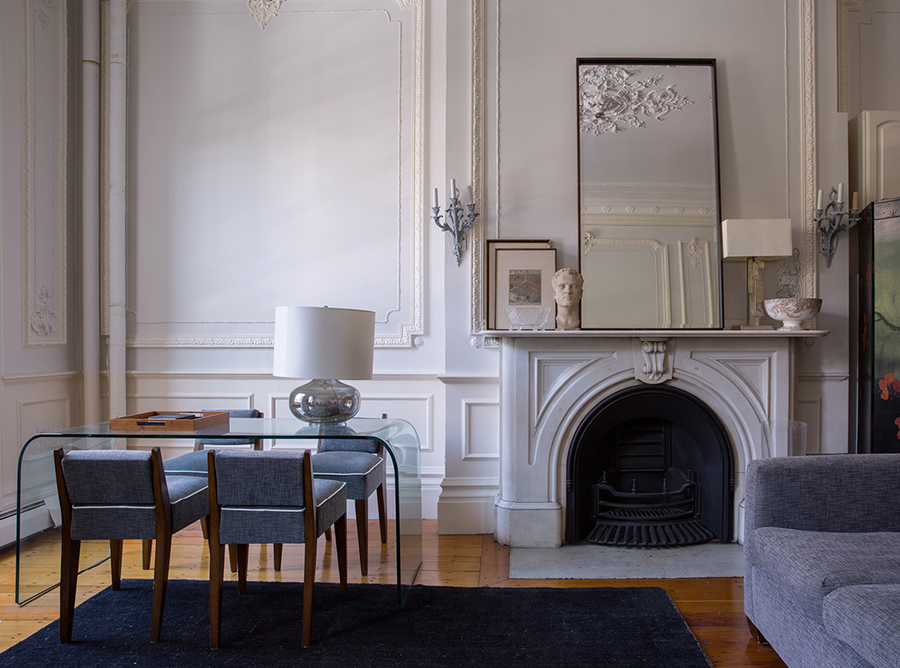 As both a citizen and a professional, Craig Nealy is eternally cognizant of his carbon footprint. So when the architect/interior designer moved here from New York City in 2015, he knew he wanted a classically Boston space—something romantic and full of stunning architectural details—to call his own, and it needed to be small.

“I think the only way to be responsible about global warming is by adopting conscious savings in your own lifestyle,” Nealy says. “It’s up to everyone to be mindful.”

With micro-housing at the top of his list, Nealy’s search took him to the Back Bay, where he found perfect accommodations in the former ballroom of a grand family home on Beacon Street. Repurposed as a studio apartment, the 525-square-foot space retains myriad markers of its past elegant existence: original crown molding, a marble-and-cast-iron fireplace, sunken windows, and 14-foot ceilings.

Already flush with detail, all the apartment called for was color and a few finishing touches. Nealy opted for a palette of muted cool tones (“monochrome but not cold”), bringing in blues and grays to add serenity to the space while letting the architecture speak for itself. He also added more-modern furniture—most of which he designed himself—including a sleek glass worktable and upholstered armchairs. He then filled the room with a mix of family heirlooms and souvenirs from his time abroad: a bust from Paris, a Buddha from Indonesia, and a mahogany table that belonged to his mother.

For a bed, Nealy sleeps on a futon that he rolls up and tucks away during daylight hours—an homage to the four years he spent working in Tokyo.

Nealy sees his studio as a fitting tribute to the city: dramatic but refined, and replete with international flair. For him, it’s Boston on a small scale. Small enough, of course, to keep his energy consumption low, but luxe enough to satisfy his penchant for glamour: “Living small doesn’t necessarily involve a compromise in lifestyle or self-image.” 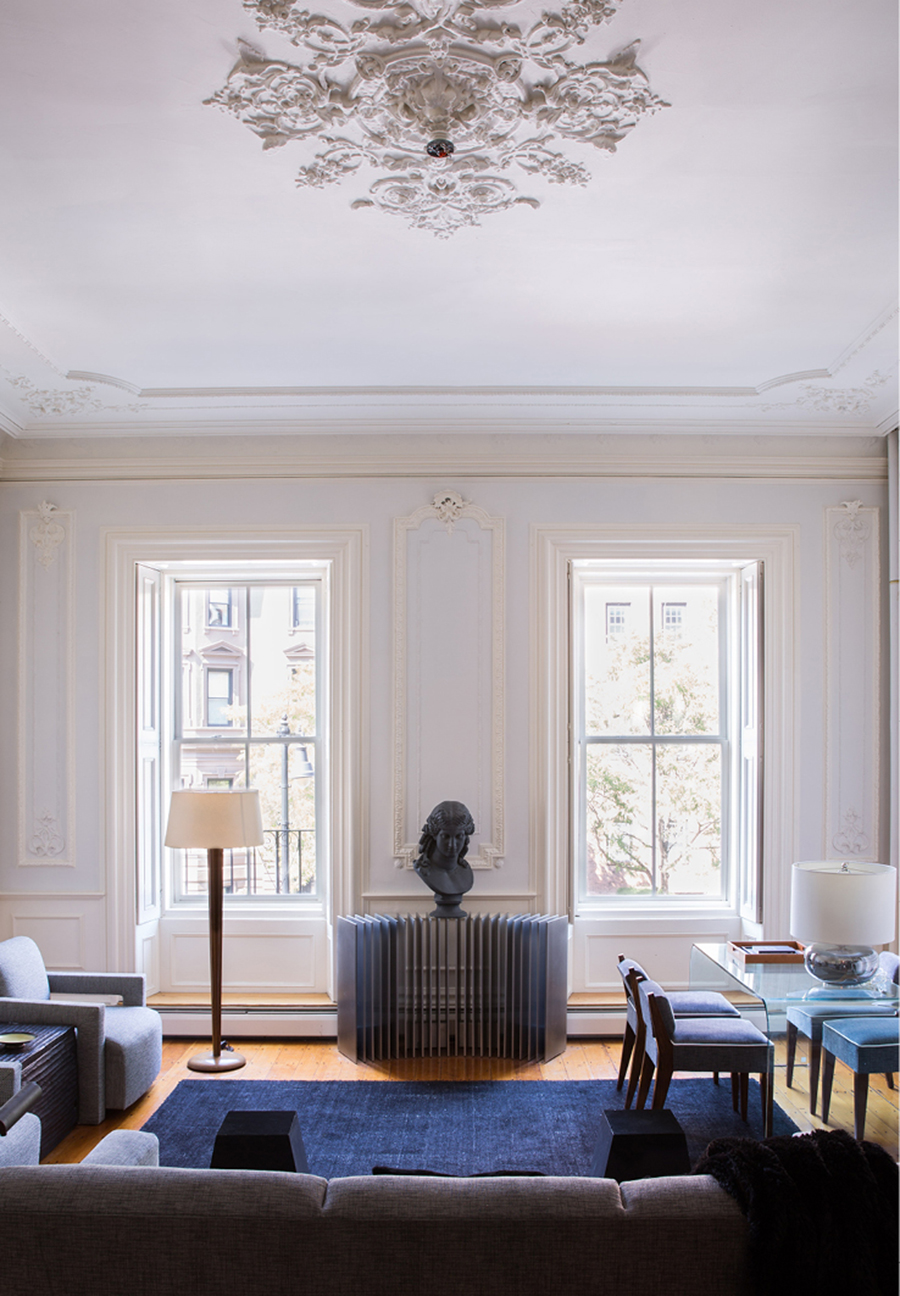 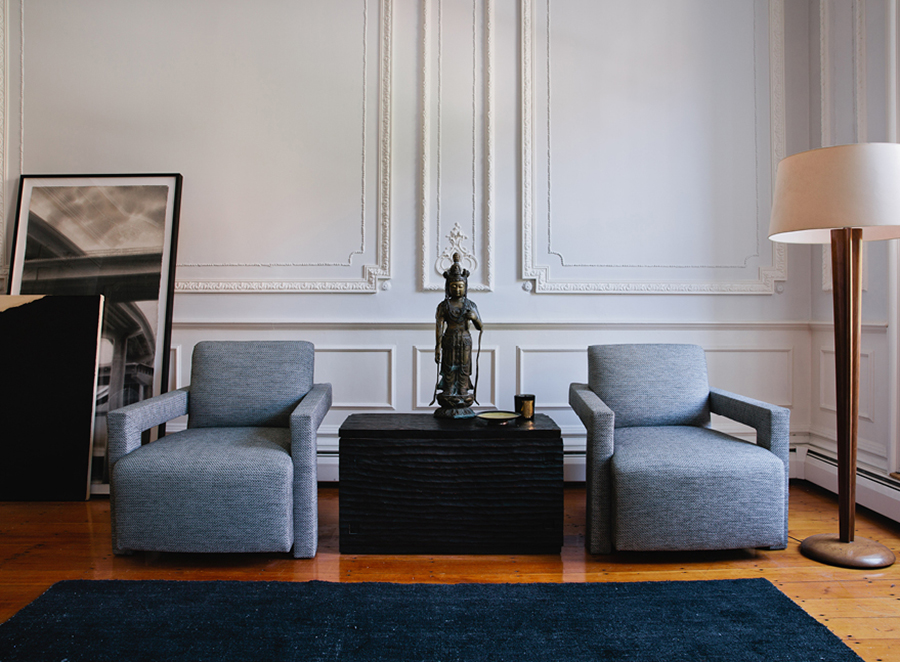