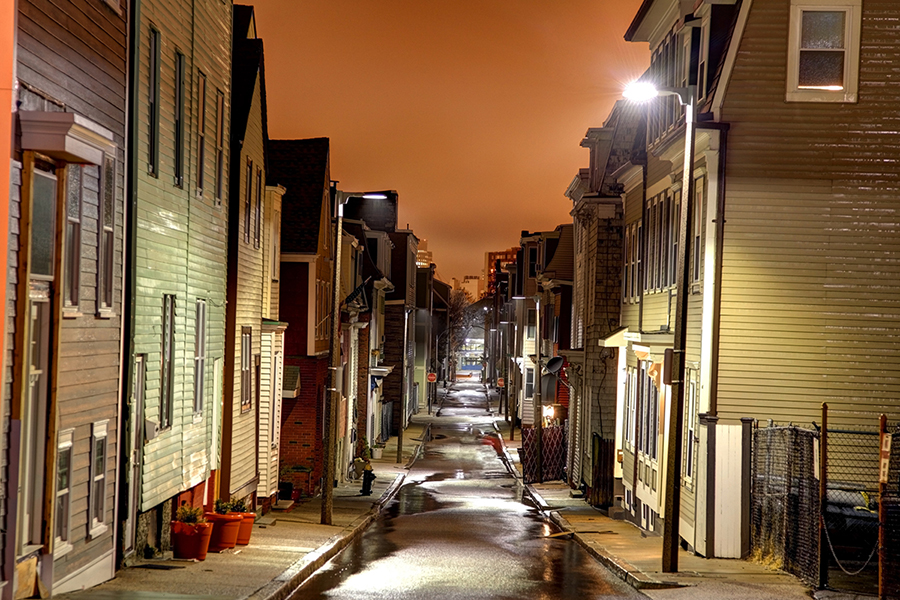 As a surprise to few, the report explains that even as the city exceeds its building permit target for the year, working families are being priced out of Boston thanks to the growing population of young professionals and graduate students who’ll pay a premium for housing. But the report points to a larger problem in Greater Boston, where there’s a substantial lack of building permits being granted in the suburbs.

“Outside of the city of Boston, fewer permits are being issued overall. Construction is also lagging,” writes Barry Bluestone, economist and author of the report card. “Zoning restrictions in many of the region’s cities and towns continue to hamper the development of needed housing, especially units in multifamily buildings and accessory apartments in single-family homes.”

Unlike previous report cards, however, Bluestone’s 2017 analysis pitches a plan to ease Greater Boston’s sluggish building problems with a solution dubbed “21st century villages.” The idea is to increase the amount of housing for the two fastest growing populations in the region: seniors (ages 65 and above) and young adults between ages 20 and 34, as well as middle-income families struggling to afford single-family homes in Greater Boston.

These suburban 21st century villages sound similar to housing developments in the city—they’d be mixed income, multi-story buildings with a range of floor plans, from micro-units to multi-bedroom homes. Here’s where the “village” part comes in: each complex would have communal lounge areas, gyms, study areas, laundry facilities, and music practice rooms. Some could even include roof gardens, theaters, or small business incubators. The first floor of the building would be reserved for retail like coffee shops, dry cleaners, and grocery stores.

Aimed at residents of all ages, 21st century villages would vary in finishes to provide a range of price points. “Rents could range from something in the $900 to $1,100 range to something above $3,000 per month,” reads the report. The most affordable units of all would consist of “pods,” or four to six single-room apartments with private bathrooms, while sharing a common kitchen, dining, and living area. The villages would also have small underground parking lots, because ideally the communities would be located near public transit.

To cut down on village-building costs, the report calls for employing new building techniques like prefab modular design and panelized construction. Each village might soar five to 35 stories, and would boast an “attractive exterior.” Perhaps most importantly, the report notes villages would be built “throughout the Greater Boston region, not solely in the inner core.”

The report card’s proposal requests the cooperation of political leaders, developers, universities, hospitals, and other groups.

“With a coordinated effort, this proposed plan has a solid chance of easing Greater Boston’s housing crunch and thus helping to maintain—and further— the Commonwealth’s prosperity,” the report concludes.