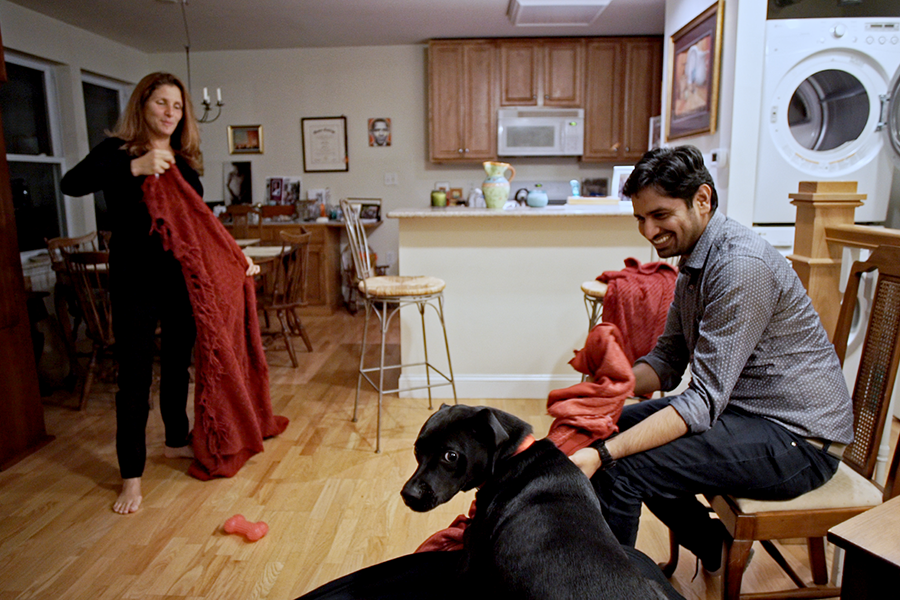 Lifelong Cambridge resident Susan Richards has never lived with a stranger. She’s shared her home with her children for just over 20 years, and even in her twenties, she always lived with friends. But recently, the 54-year-old received a new roommate: a postdoctoral scholar at Harvard—and a total stranger.

Richards found her new housemate on an app she read about in a neighborhood email newsletter. The platform, called Nesterly, pairs older homeowners with graduate students who are willing to help out around the house in exchange for cheaper rent. With one child graduated from college and the other entering her second year at school, Richards found herself an empty nester with plenty of room to spare—and with a dog she could use help walking from time to time.

Nesterly founders Noelle Marcus and Rachel Goor suspect there are many more people like Richards in the Greater Boston area. (A Trulia report says there are approximately 90,000 spare rooms in Boston and Cambridge alone.) The recent MIT grads launched their intergenerational homesharing app in partnership with the city of Boston in July 2017, and within a few weeks, received more than 80 applications.

Now, Marcus says there are more than 1,000 users on the site.

“We were blown away by the outpouring of interest,” says Marcus. “It really resonated with a lot of people.”

In a few short months, says Rawande, the two have become good friends. 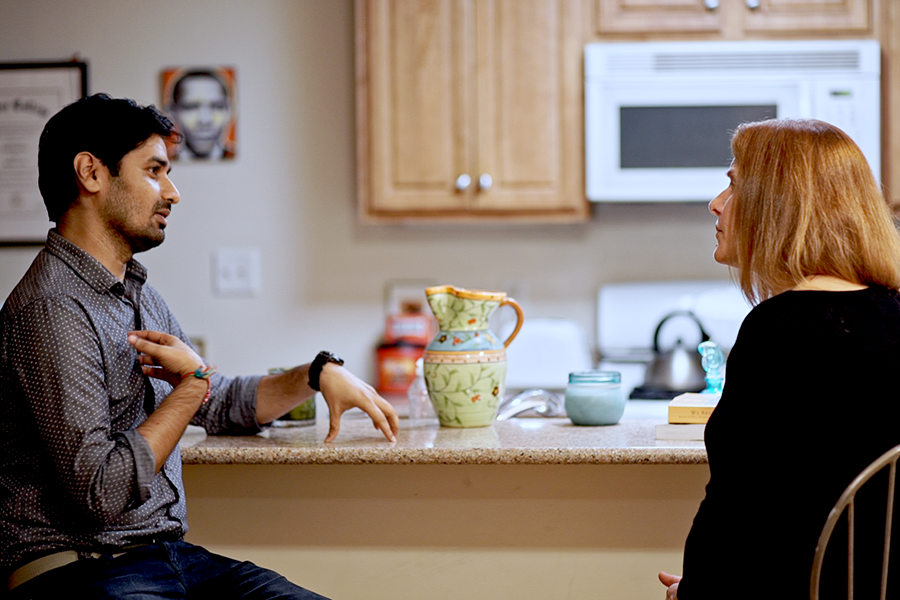 “It’s quite a nurturing experience,” he says, explaining Nesterly allows hosts and renters to teach each other about their respective cultures. Plus, it allows students to become part of a community—Rawande was able to celebrate Thanksgiving at Richards’ brother’s home this year, and Richards is in the process of helping Rawande find an after-school program to volunteer with.

“It’s easy—if he’s trying to get grounded in the community—for me to help him,” says Richards.

The app offers financial benefits, too. While Rawande pays lower-than-average rent and helps around the house when needed, Richards also receives a monetary boost—one that’s allowed her to plan a trip to Europe to visit her son.

“We would not be going on this trip if it wasn’t for this decision to have a housemate,” she says.

The Nesterly app comes with an automated payment system, and includes basic identity verification, a process for checking references, and a messaging feature. Homeowners can list what kind of help they need on their profile, such as day-to-day chores or grocery pickup, and may indicate whether rent is negotiable. The idea is that the more help a student provides, the lower the rent.

While the pilot semester was intended only for baby boomers and graduate students, Marcus and Goor say they won’t actively limit applicants if undergrads would like to apply.

“There is a huge need for this on both sides of the platform in Boston,” says Goor.

Marcus points to a startling statistic from the Harvard Joint Center for Housing Studies: By 2035, one out of three households will be headed by someone over the age of 65, and 48 percent of those are projected to be single-person households. In other words, Boston’s population of baby boomers is growing. Along with a huge population of students and a citywide affordability crisis, it seems Nesterly has swooped in to help at exactly the right time—for Boston and for Richards.

“I feel really lucky that Ayush kind of dropped into the timing of all of this,” says Richards. “He is a really outstanding individual. I have a feeling that no matter what happens we’ll probably stay friends.” 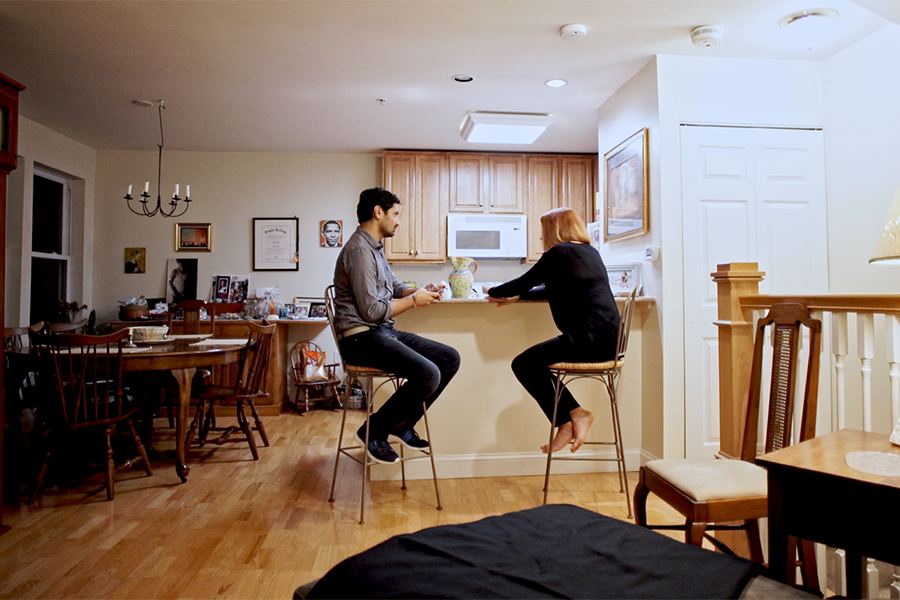