From Melrose to Lynnfield, here's where to find the last great deals north of the city. 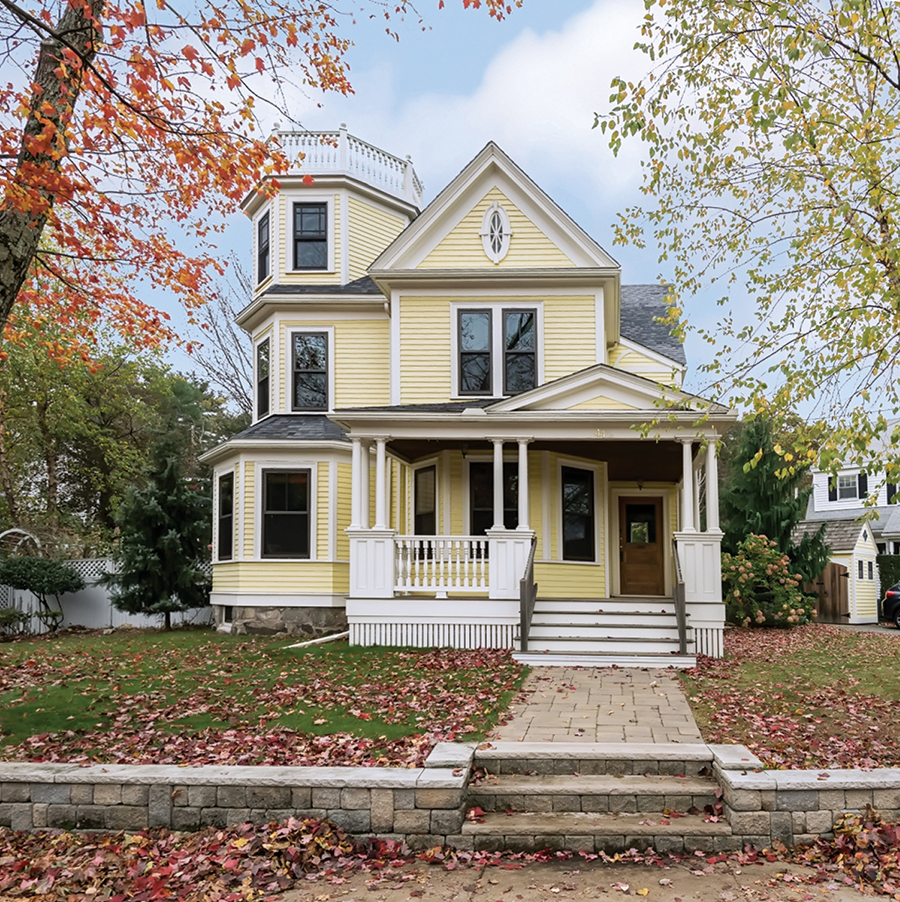 On the hunt for a well-preserved Victorian? Look to Melrose, where the Queen Anne gems clustered around Bellevue Avenue—one of the town’s most stately thoroughfares—have been known to fly off the market for under $1 million. That’s a steal compared to what Jamaica Plain’s Victorians fetch these days. The 19th-century architecture extends to Melrose’s charming downtown, home to a range of restaurants and locally owned shops such as Buckalew’s. “I like to call Melrose ‘Winchester Lite,’” says Mark Hutchinson, a Realtor at Brad Hutchinson Real Estate. “We have a smaller but very similar downtown.” And there’s proximity to public transportation to boot: The Orange Line’s Oak Grove station sits just over the southern border, and Melrose proper has three commuter rail stops.

On your last trip up I-95, you probably zipped through Boxford without a second thought. Unlike neighboring Topsfield, the town doesn’t draw crowds with a wholesome agricultural fair each year. This low-profile hamlet doesn’t even have a supermarket, just an adorable general store. But peace and quiet is the point. “Boxford is truly a hidden gem on the North Shore,” says Erin Hill, an agent with Coldwell Banker. Instead of big-box chains or a downtown shopping area, Boxford has land—in fact, the town is zoned for a 2-acre minimum lot size. With an average price per square foot of $228, it’s a steal compared to nearby towns but still within a half-hour of both the city and desirable Crane Beach. “I find that people who value privacy, who feel a sense of calm when they arrive home, love Boxford,” Hill says.

Act fast to cash in on Chelsea, says ERA Russell agent Jeff Bowen, because it’s about to take off. Silver Line service to South Station is slated to begin this spring, and commuters can already ride the rail to North Station in just 11 minutes. Yet Chelsea’s condos average around $318 per square foot, while luxury condos in East Boston’s Jeffries Point—just a few minutes’ drive across the Chelsea Street Bridge—fetch over $100 more. Why? “[We’re] battling the reputation of the old Chelsea,” Bowen says, referring to the early ’90s, when fiscal troubles forced the city into state receivership. But much has changed in Chelsea, now home to Market Basket’s flagship and the buzzy Mystic Brewery, along with sleek lofts, sparkling condos, and spacious single-families waiting to be snatched up. To those on the fence, Bowen asks: “Don’t you want to have a house that’s possibly going to double in value?”

Lynnfield edges out nearby Lexington and Winchester with a median price of $276 per square foot, according to real estate analytics firm NeighborhoodX. “You get more bang for your buck here than you can in a lot of other communities,” says Marjorie Youngren, a broker with Century 21 Commonwealth. She points to the highly rated school system and the stores and restaurants of MarketStreet Lynnfield, the North Shore’s largest open-air shopping center, which put the town on the map when it opened in 2013: “Prior to that, people didn’t even know we existed.” Word may be out, but there’s still value to be found—and elbow room, too. “You may not be getting the updates you want, but you’re getting the land,” Youngren says.