Glory Restored Inside a Weston Tudor

A historical home built around 1919 gets a new life. 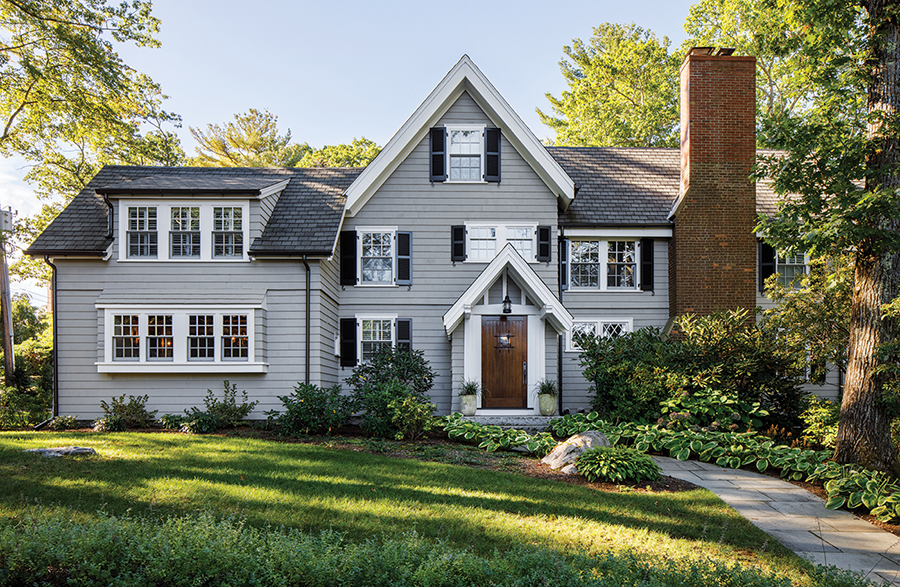 Located on a corner lot, the reconfigured house boasts two new wings: One includes a family room, a breakfast nook, and a mudroom, while the other holds his-and-hers offices and a den. / Photograph by Bob O’Connor

Relocating from Boston with two young kids, the new owners of this 1919 Weston home always planned to fix up their century-old digs when the time was right. The house, a Tudor designed by architect Alexander Jenney, offered plenty of historical charm but lacked the layout the family needed to make the space work long-term. It also included some problematic 1950s- and 1960s-era additions, which didn’t mesh with the home’s early-20th-century roots.

For design help, the couple eventually hired Boston-based Patrick Ahearn Architect, charging the firm with reconfiguring the house for modern living while staying true to the Tudor aesthetic. Joining forces with the builders at Wellesley’s Chelsea Company, the team deconstructed parts of the existing additions before building two new wings—each equipped with modern amenities, but designed to match the scale, detailing, and materials of the original home. The completed house still looks like it could have been built in 1919, but it “lives the way you want to today,” says Patrick Ahearn Architect’s Michael Tartamella. 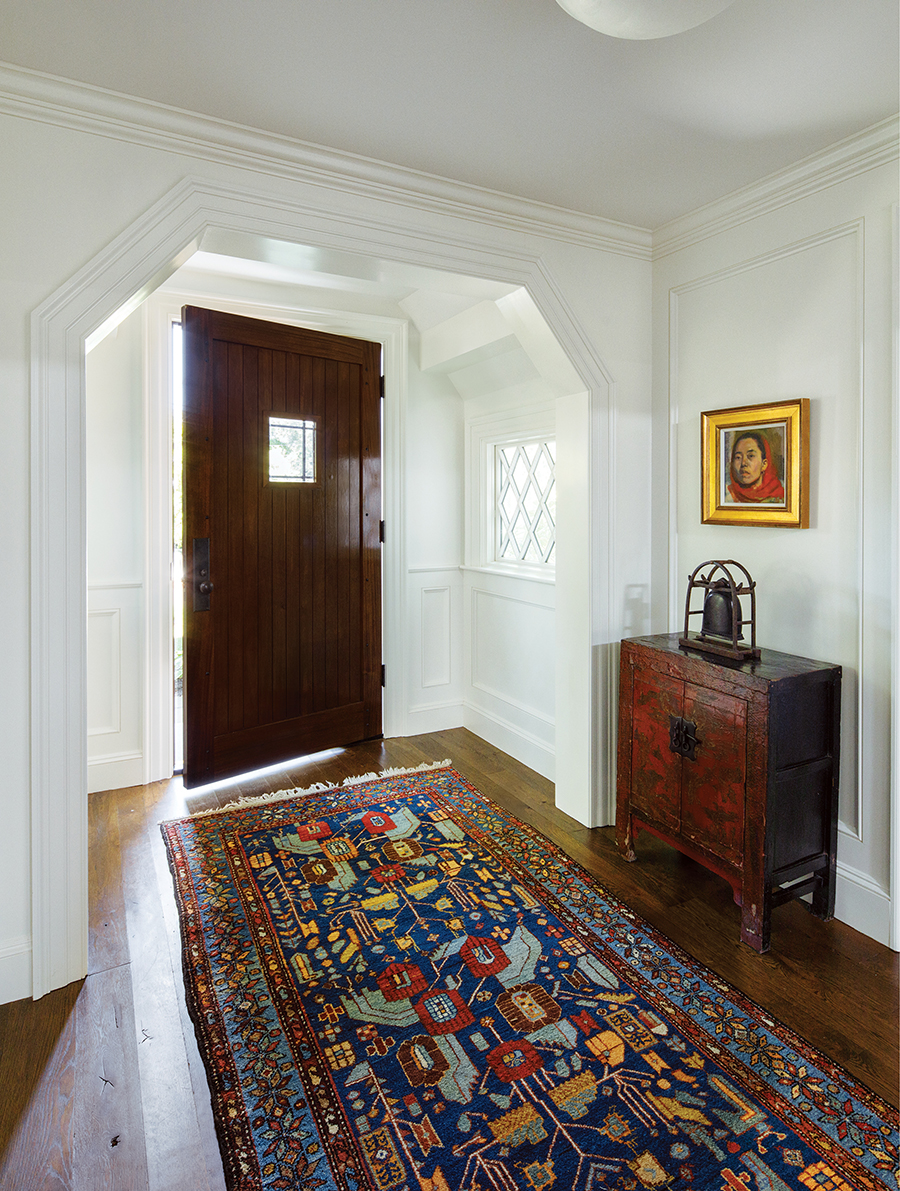 The team preserved the home’s original entry, framed by an angular archway. 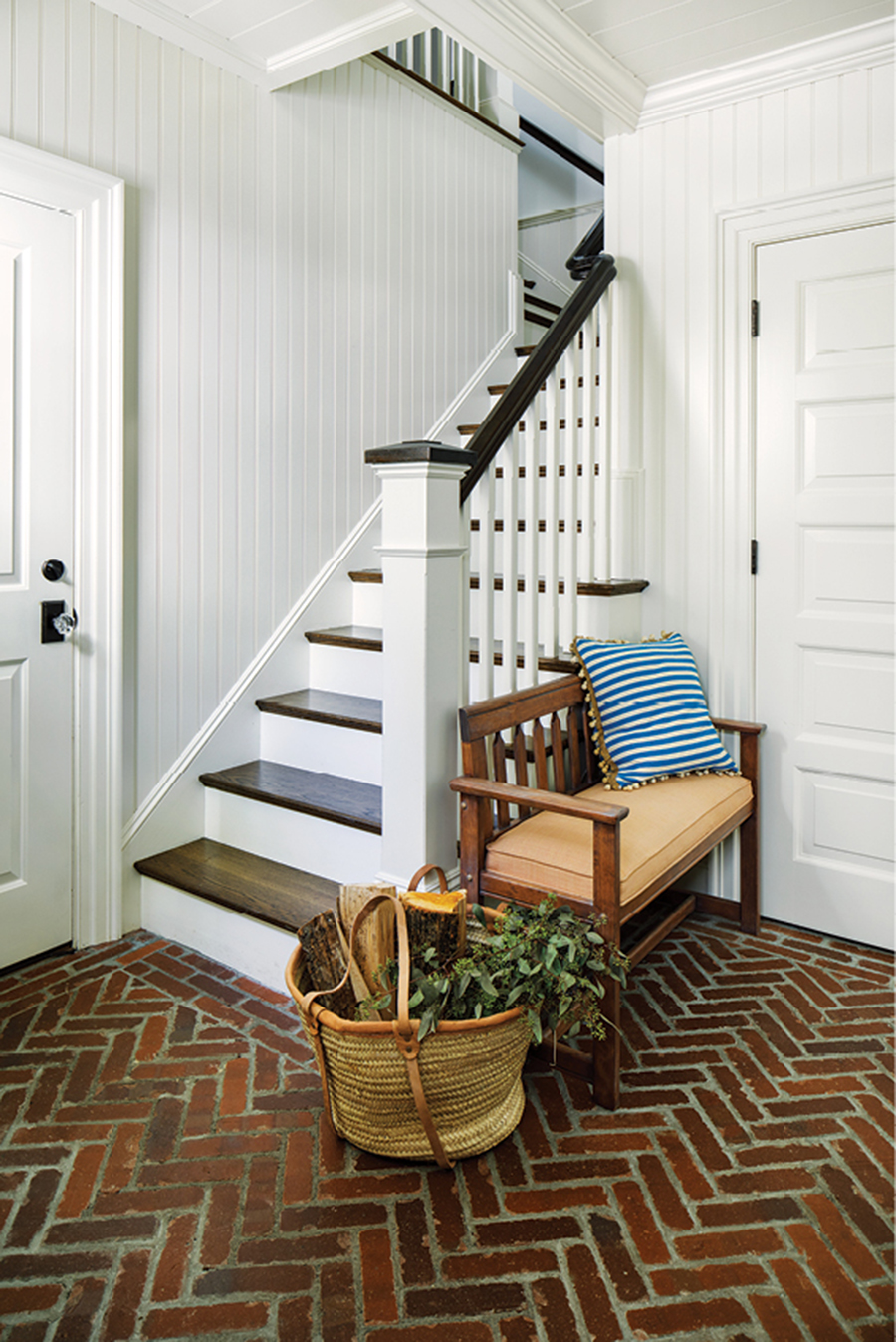 Laid in a herringbone pattern, a red-brick floor contrasts with the bright white walls of the mudroom. 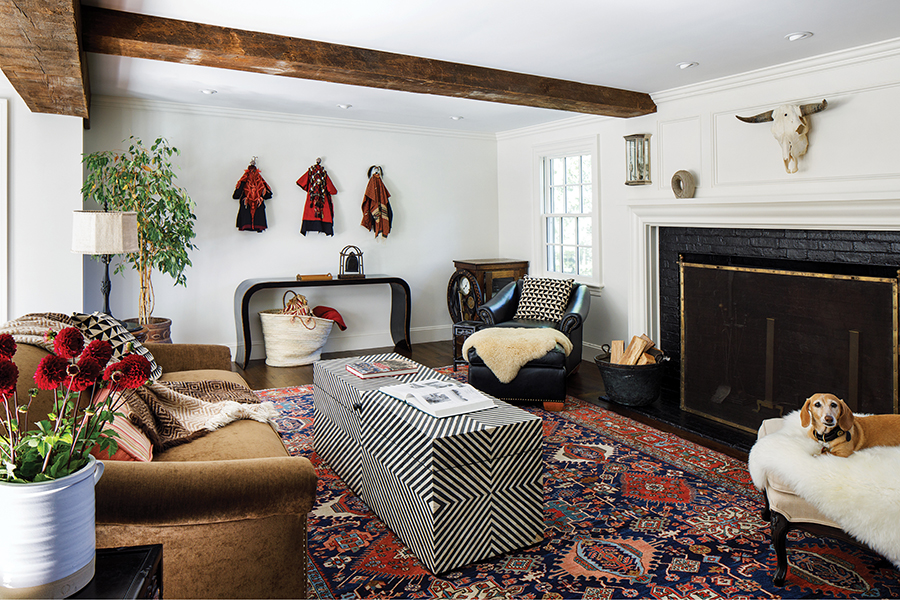 Original to the house, the living room features a grand (and newly refurbished) fireplace. 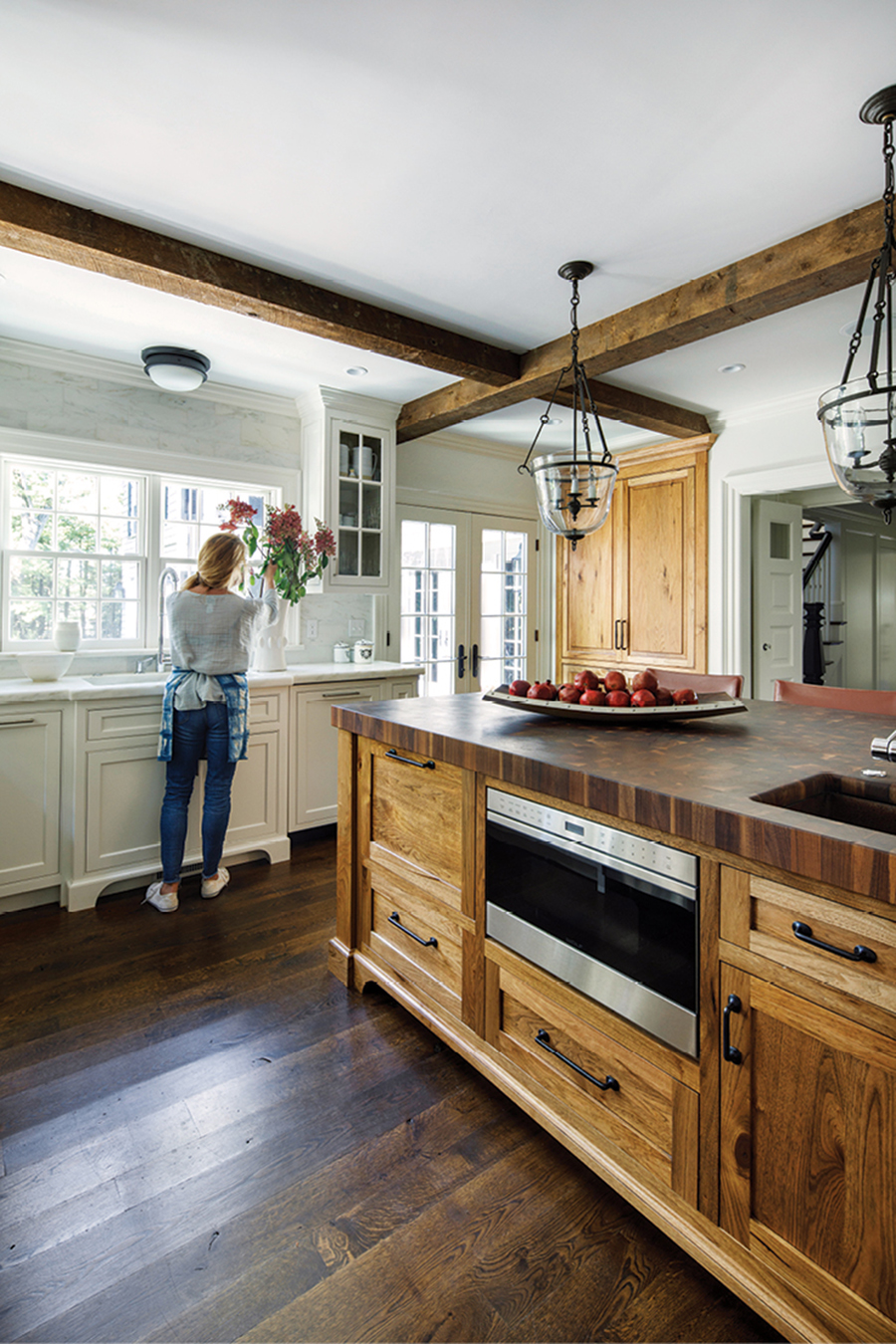 The kitchen’s knotty-pine island echoes the warmth of the timber beams overhead. 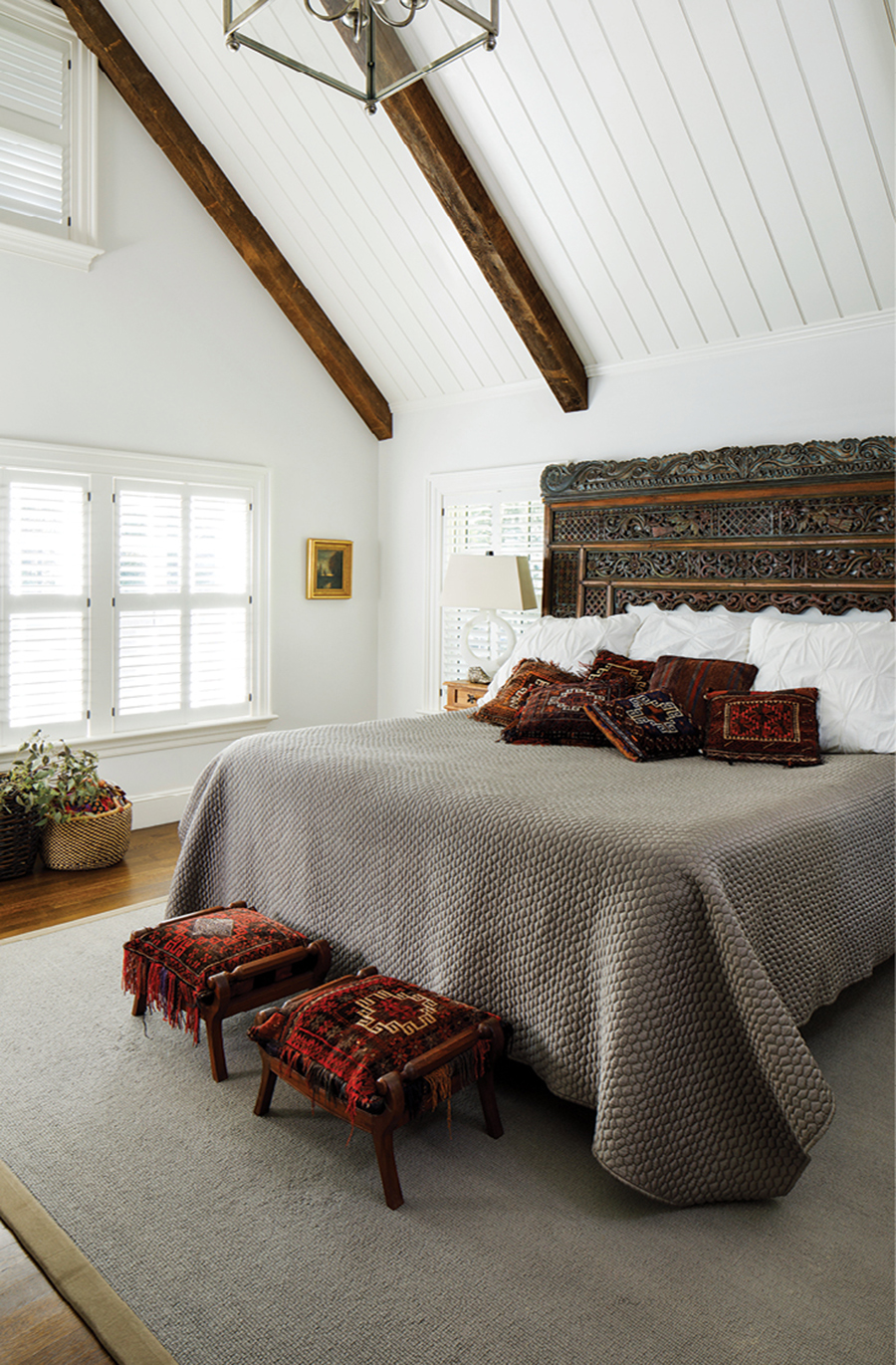 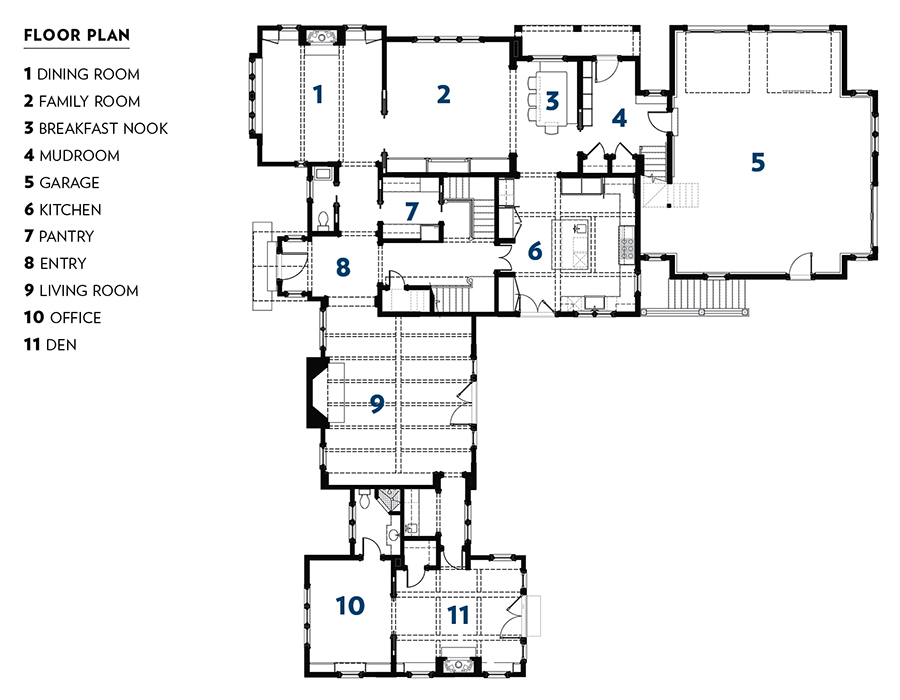 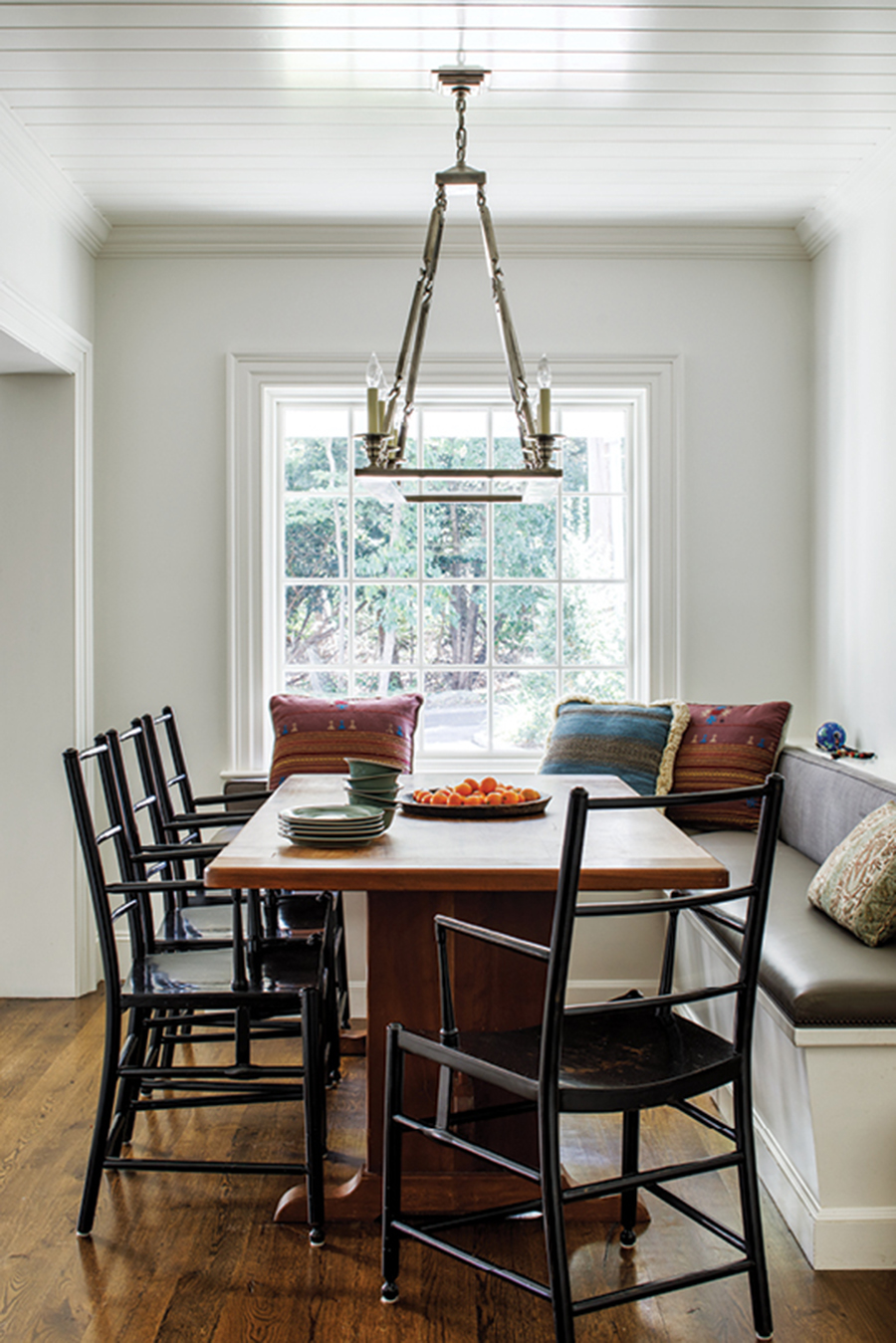 The breakfast nook features a bespoke dining table and a banquette, complete with storage. 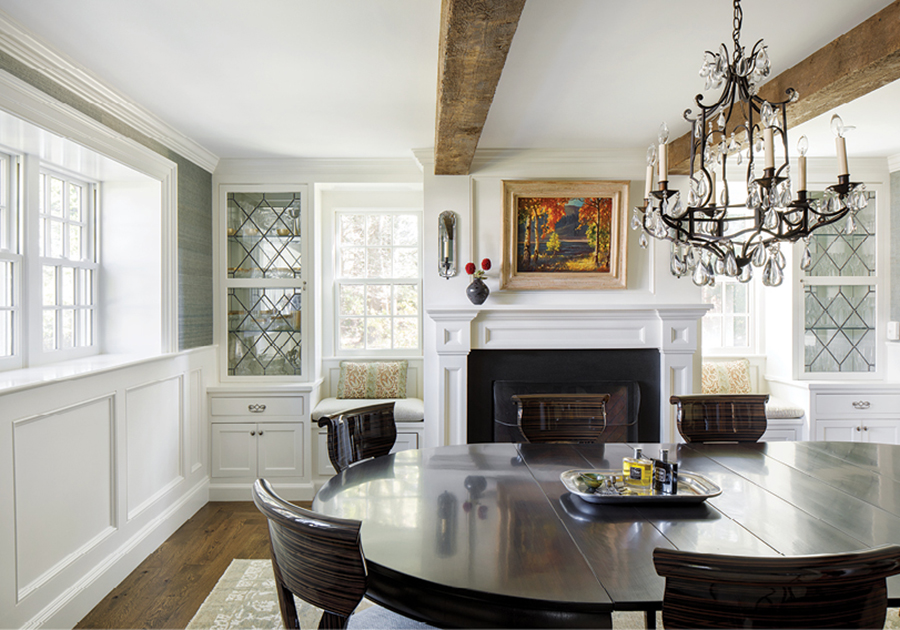 Salvaged from an old china cabinet, leaded-glass doors add an air of elegance to the dining room’s custom built-ins.