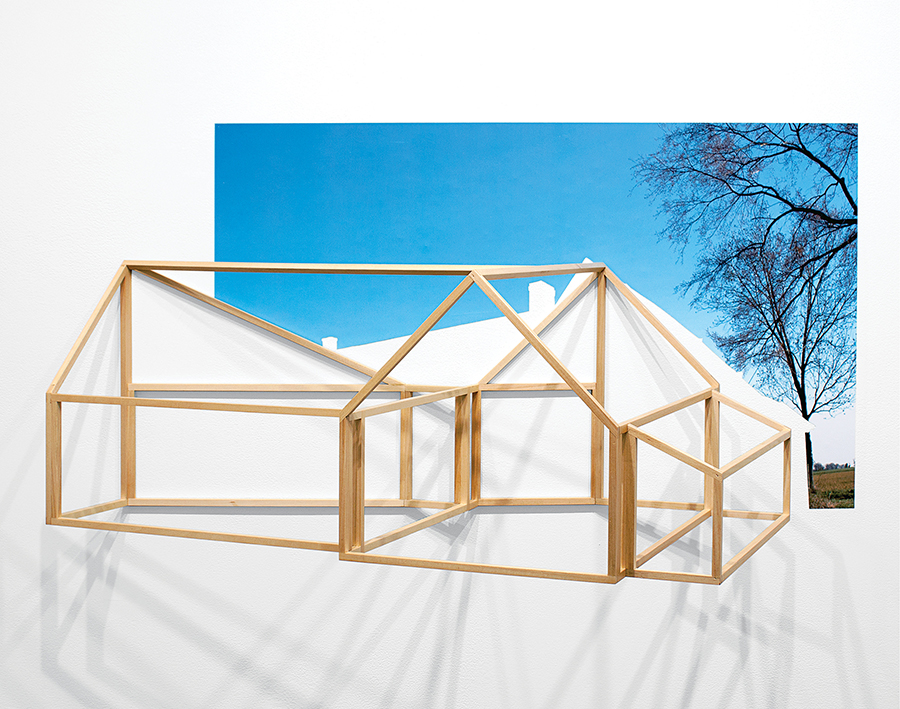 When he first began crafting his multimedia works, artist Frank Poor drew inspiration from his childhood home, using old photos as a foundation for his delicate basswood sculptures. Now, the Rhode Islander takes his cues from other buildings he photographs—often abandoned ones, which invite onlookers to wonder about the people who once lived in them. Such was the premise for Locust. “I’m drawn to it somehow,” he says, adding that it reminds him of the Georgia farmhouses he grew up around.

For this work, Poor sketched the house’s basic structure, then cut pieces of basswood to build its frame. After gluing the pieces together, Poor hung the resulting sculpture against the photograph, which he’d altered to exclude the building’s framework. “I’m removing the 2D house and replacing it with a 3D version,” he explains. Poor likens the house in the original photo to a cicada shell: The building is an “encasement that has been emptied,” he says. “Life has left it, but it has left its impression.”