Will SJC Custom Drums Make You a Superstar? 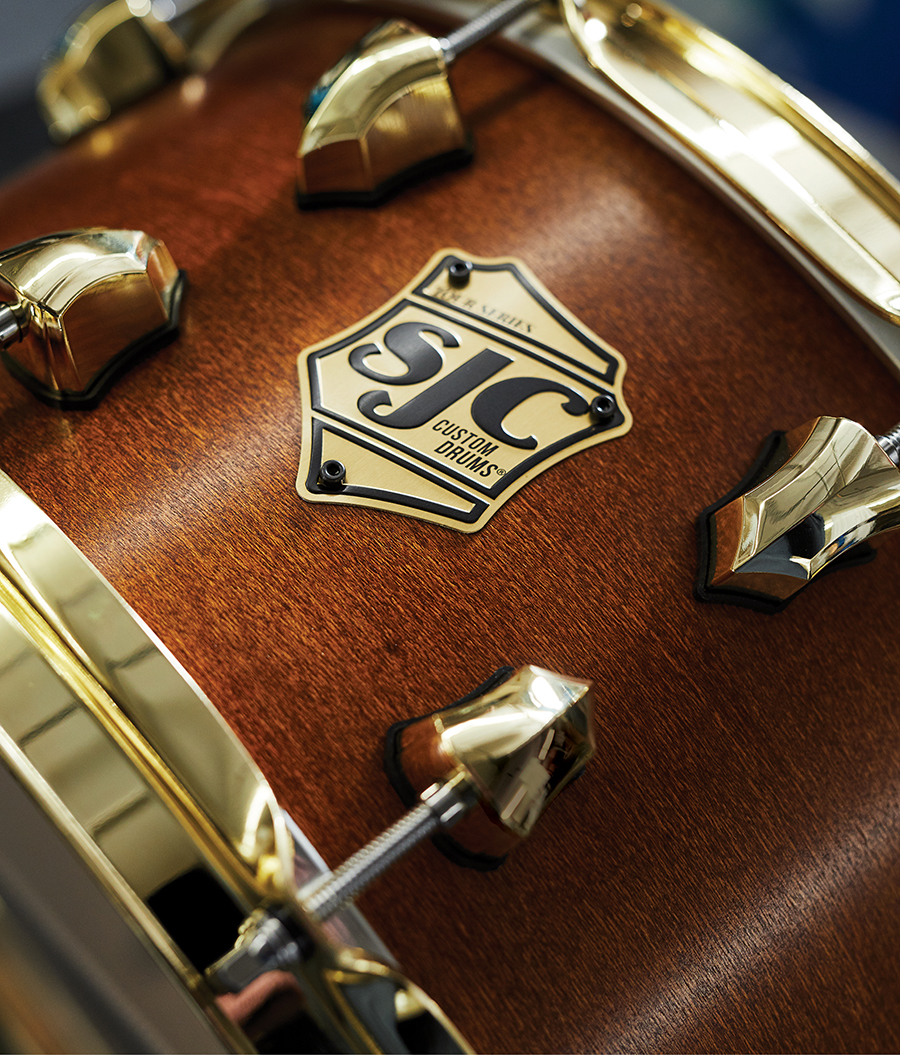 As a custom drum-building company, Southbridge-based SJC counts some of the music world’s most in-demand artists among its clientele. But according to cofounder Mike Ciprari, we have a far less notable act to thank for the company’s existence: the much-maligned ’90s band 311.

“All my friends make fun of me, but I listened to [their Blue] album when I was nine, and it changed everything,” says Ciprari, now 32. “The drums just sounded so cool—that was the first record I bought where I was like, ‘This is what I want to do.’”

The following Christmas, Ciprari received his first drum set—and wouldn’t let his older brother, Scott, touch it. Undeterred, Scott found his own set in a cousin’s attic and started refurbishing the old drums. From there, a lifelong passion took hold: Over the next decade, while Ciprari was playing drums on the local music scene, Scott was purchasing table saws and teaching himself how to build drums from scratch in Grandma Judy’s basement. The brothers eventually joined forces and launched SJC in 2000, using Ciprari’s membership in the punk outfit No Trigger—which would go on to sign with Nitro Records and play the Vans Warped Tour—to draw in customers. He ultimately left the band to focus on SJC, but his networking prowess led to a seriously impressive roster of artists: Slipknot’s Jay Weinberg, Kim Schifino from Matt and Kim, Imagine Dragons’ Daniel Platzman, Panic! at the Disco’s Dan Pawlovich, Sum 41’s Frank Zummo, and Twenty One Pilots’ Josh Dun all own SJC kits—and so do Ciprari’s musical heroes, Green Day’s Tré Cool and Rancid’s Branden Steineckert. 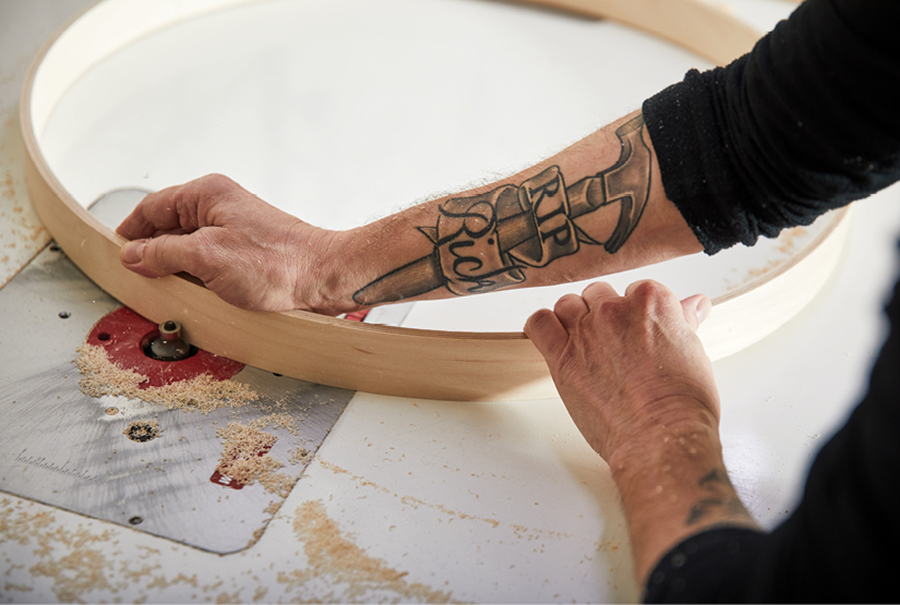 A builder uses a router table to detail a bass drum hoop. / Photograph by Pat Piasecki 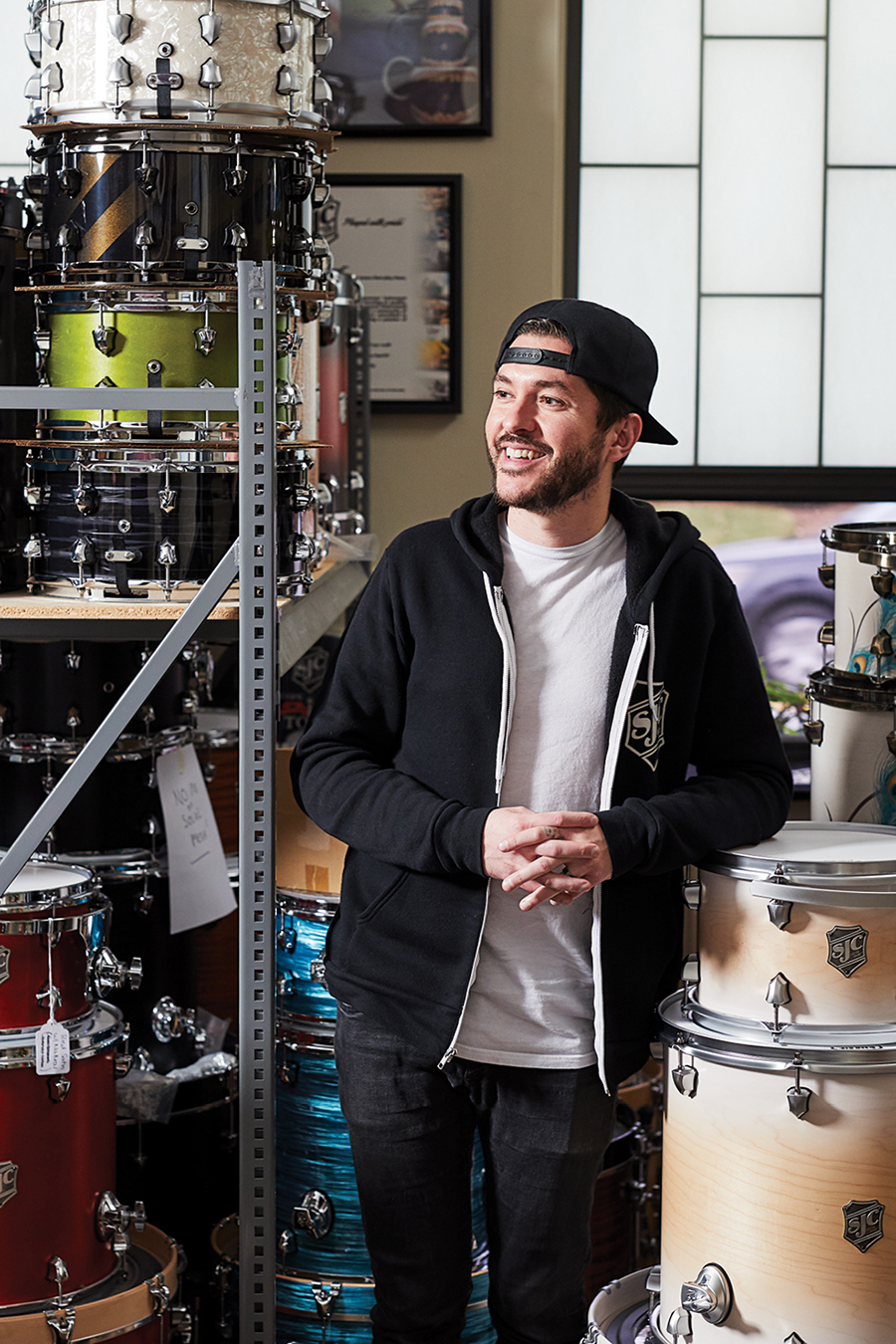 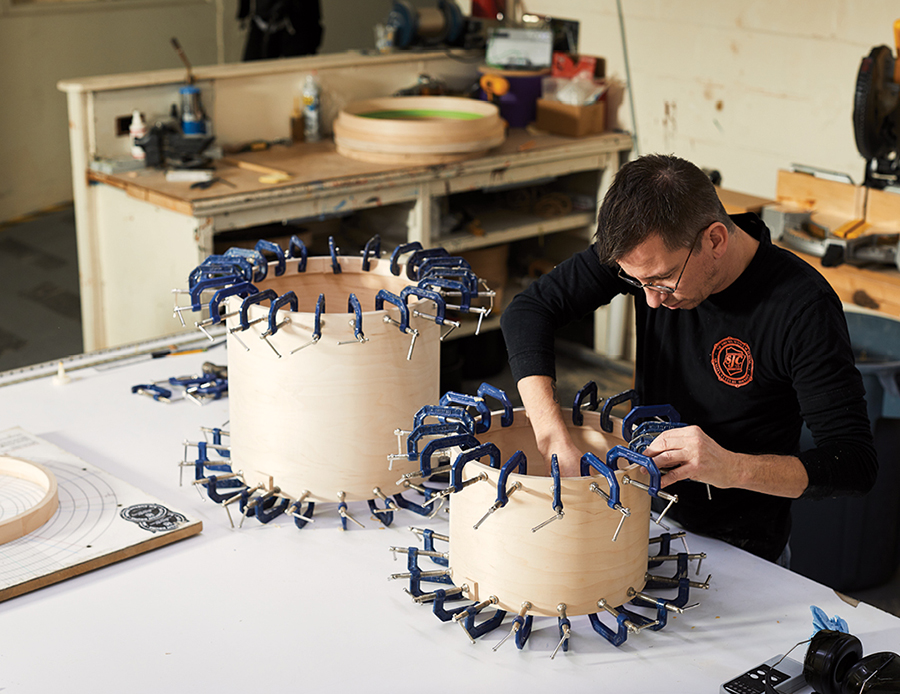 While the company has had several big breaks over the years (a VMA appearance; collaborations with Anthony Bourdain, Shepard Fairey, and Vans), the biggest came in 2015, when Ciprari landed a spot on The Profit, CNBC’s answer to Shark Tank. Even though Scott had departed the company the year before, the SJC team won the confidence of serial entrepreneur Marcus Lemonis. With Lemonis’s investment and guidance—$400,000 and instructions to introduce lines of standardized drum sets—Ciprari made plans to move into a larger facility and upgraded SJC’s equipment, allowing his builders to streamline the process he and Scott had perfected 15 years earlier.

Most of that process is still done by hand in SJC’s 10,000-square-foot Southbridge warehouse (in May, they’re moving to a 60,000-square-foot space nearby). Once a customer selects a kit online or designs one using SJC’s virtual tool, the team of seven builders gets to work. To create the shells, they load the wood of choice into a hydraulic press and cut it to size. The shells then go to woodworking, where, Ciprari says, “the magic happens.” Here, builders apply the finishes and any custom-requested touches, which can run the gamut from vintage distressing to galaxy prints to LEDs for light-up drum sets. Next, they use a router table to create the bearing edge (the amount of shell that touches a drumhead), which determines how a drum will sound. “Bearing edge is the most important step,” Ciprari says. “If the bearing edge isn’t perfectly accurate, the drums won’t tune up well or just won’t sound good. A drummer can definitely tell when a bearing edge is cut properly and by hand versus by a machine.” Once the drums have their bearing edges, they go into a CNC machine (a “robot, basically,” Ciprari says), which drills the holes a drum needs for assembly. After drilling, the drums move to quality control for inspection before being hand-assembled, tuned, and shipped to the waiting customer. A six-time winner of a Drum! magazine “Drummies!” award for best custom drum-building company, SJC has dealers as far away as Australia and Singapore and ships out close to 1,500 drum sets a year.

Demanding as the business is (Ciprari says he still regularly clocks 70 to 80 hours a week), to the cofounder, there’s nothing like the honest hustle. “I like the DIY, bust-your-ass-and-work-really-hard work ethic that’s here in New England. It’s definitely not healthy,” Ciprari jokes, “but it’s helped me grow the company to the extremes that we have. The fact that our drums are played by some of our favorite drummers around the world is unbelievable to me.” 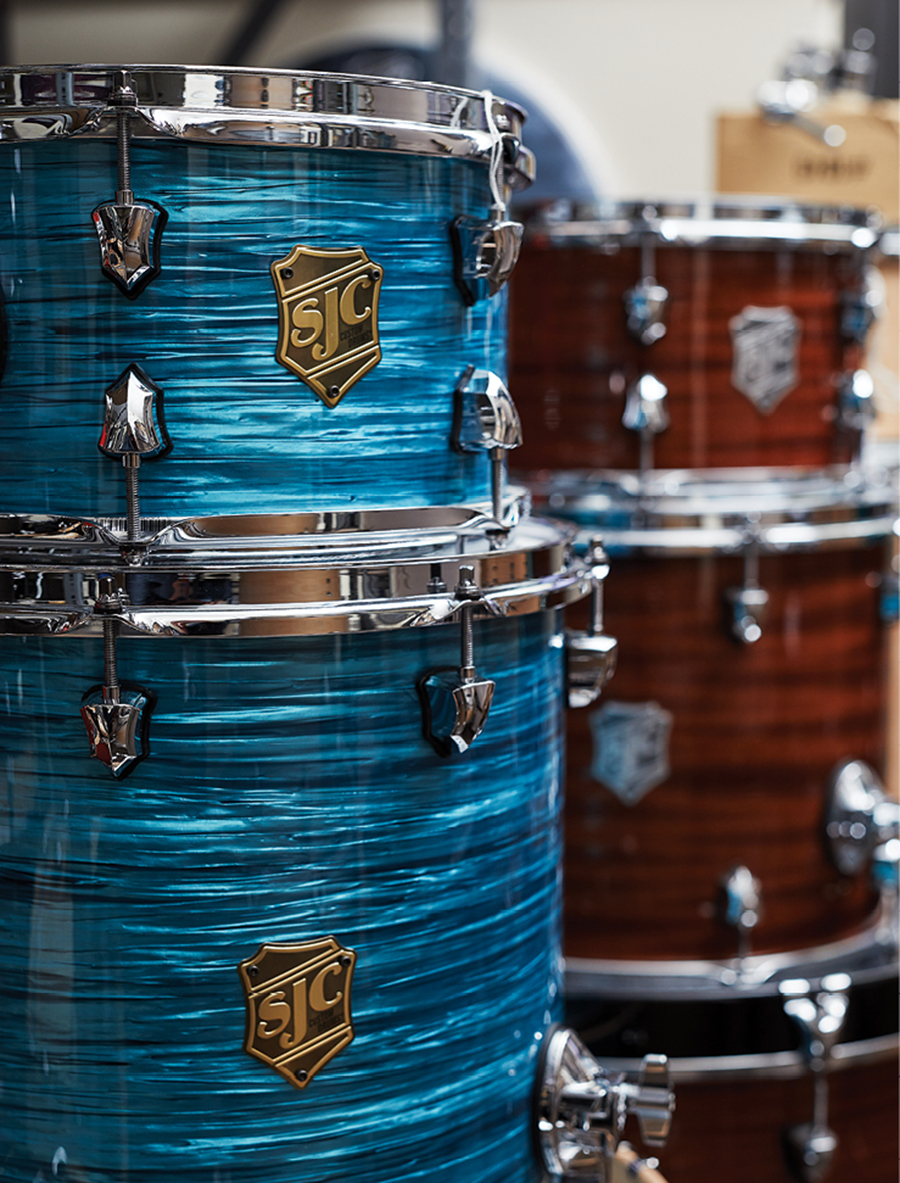 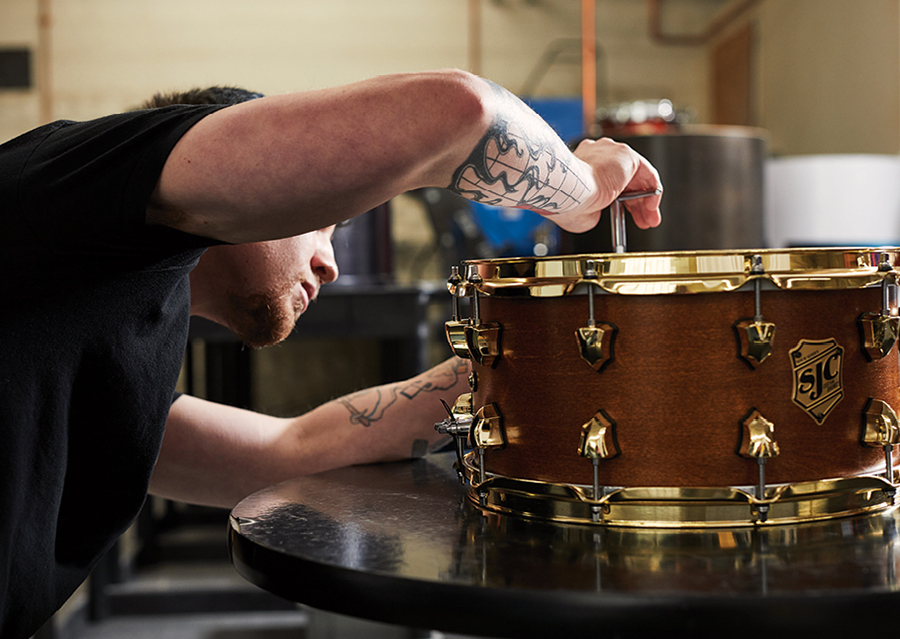 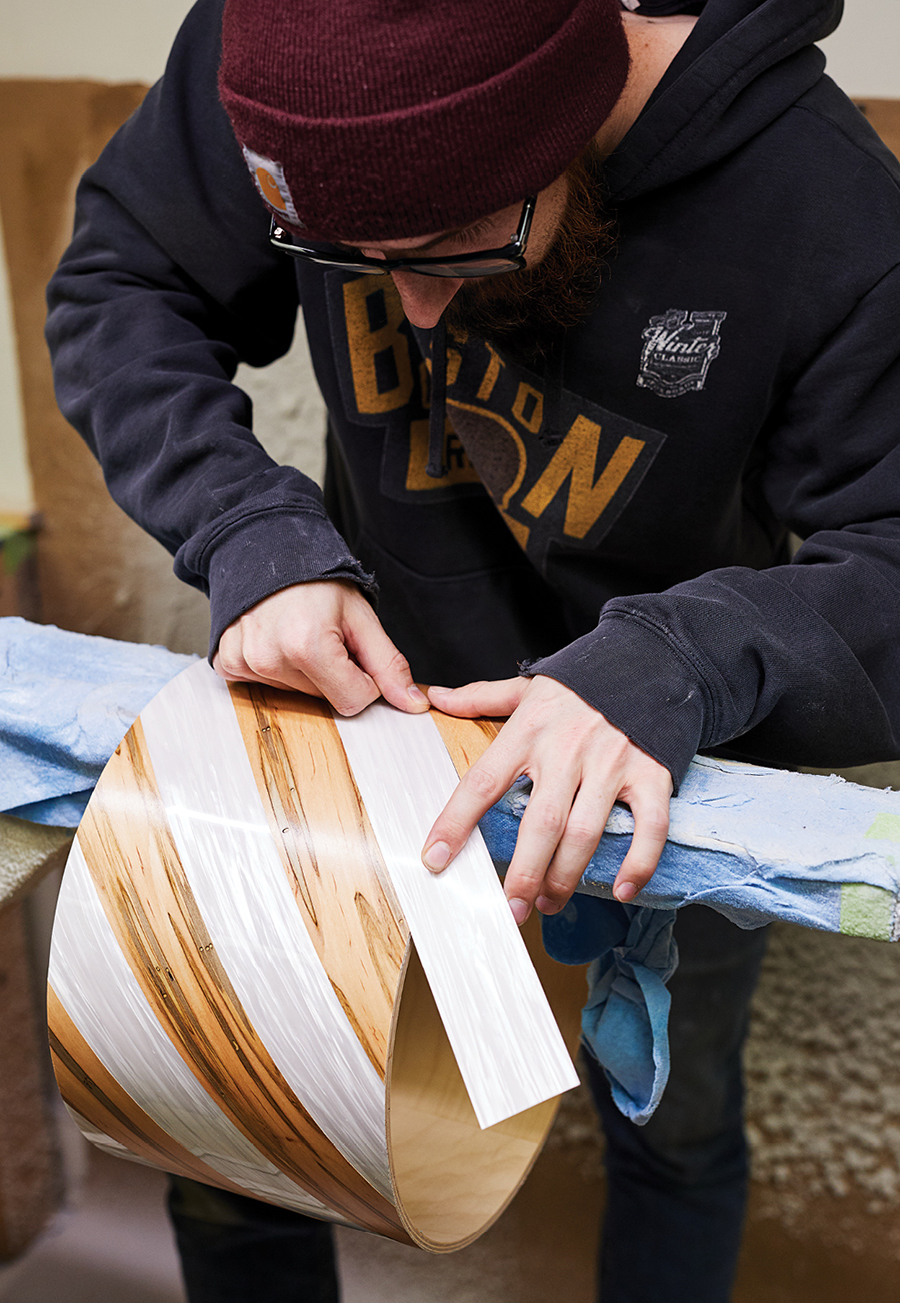 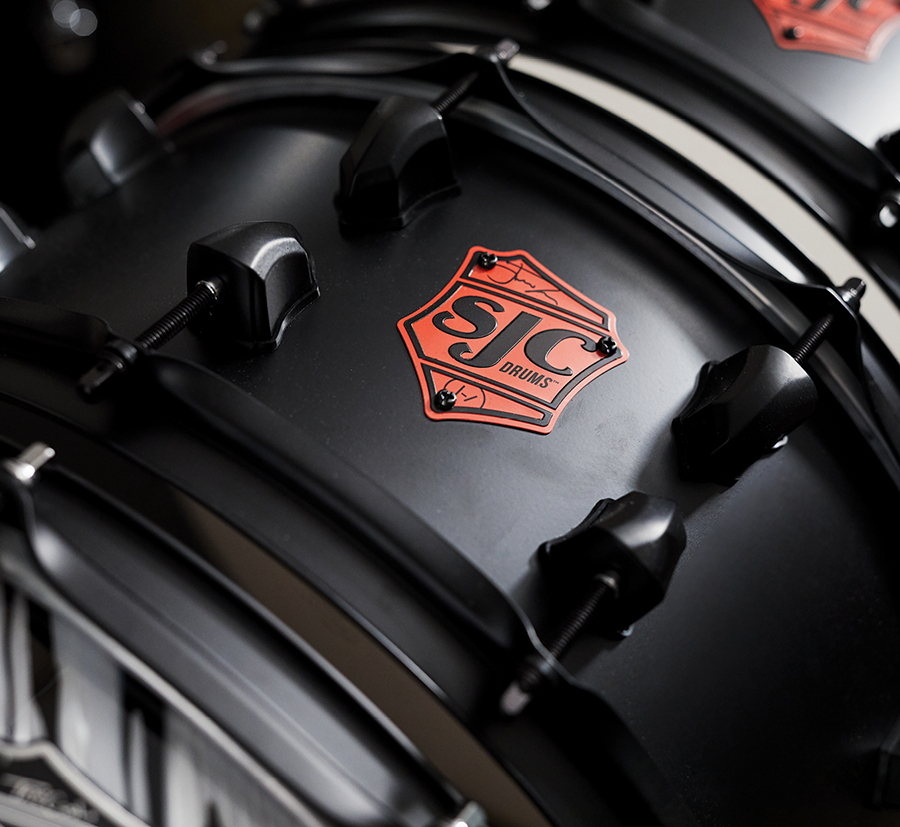 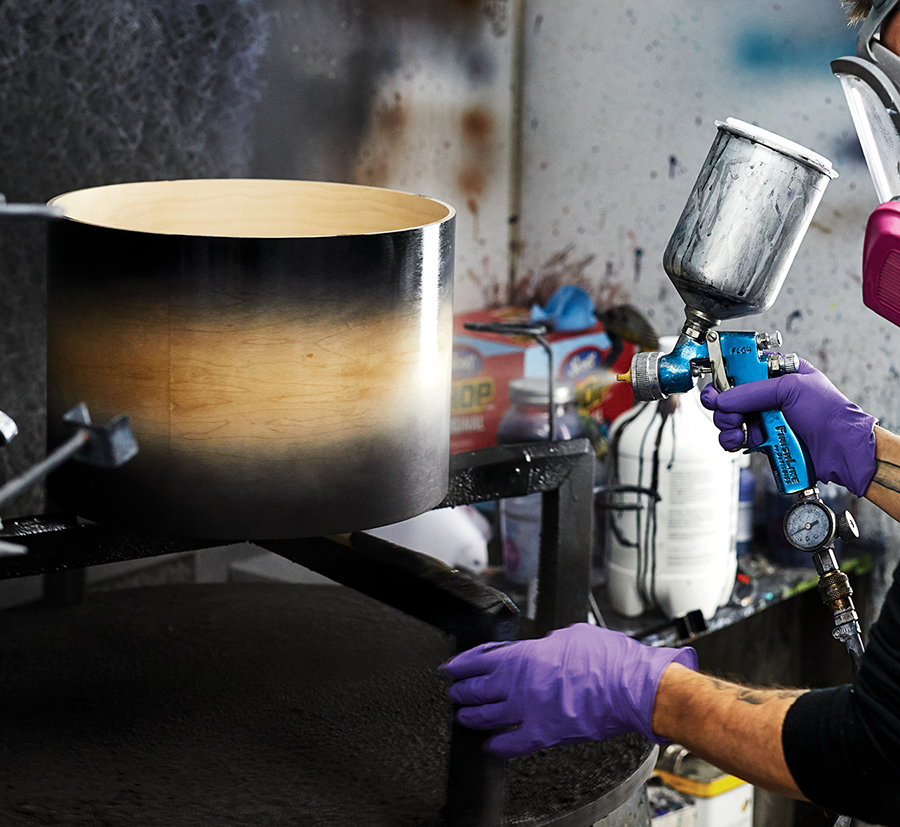