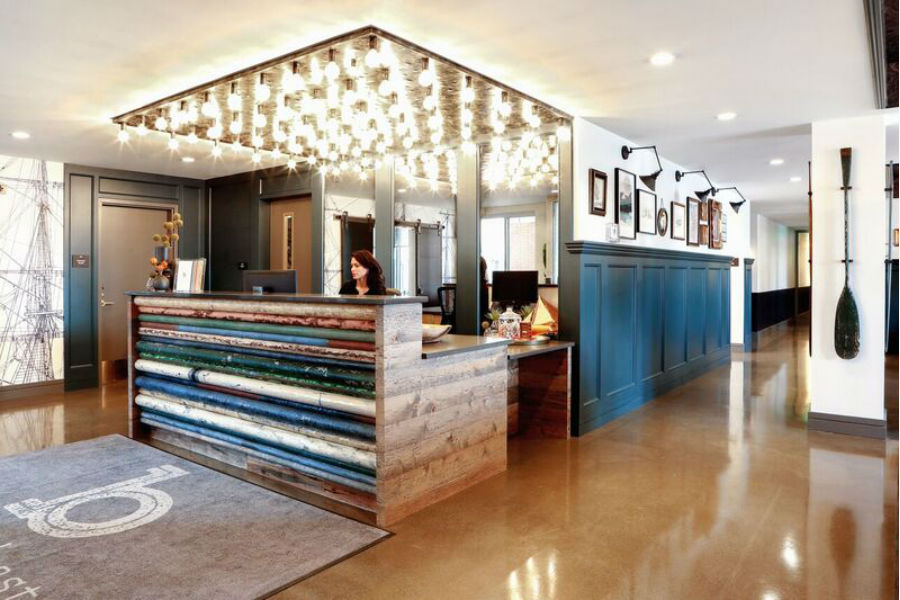 Celebrity designers Cortney and Bob Novogratz have brought their distinct “funky, downtown chic” style to Boston East, a new 200-unit luxury apartment building on the Eastie waterfront. The married duo, who have worked in interior design for more than two decades, teamed up with local firms Icon Architecture and Cranshaw Construction to execute their vision for the space.

“East Boston has such rich culture and history, one that residents will see reflected in the design,” says Cortney, co-star of HGTV’s Home by Novogratz. “We believe Boston East, with its waterfront location, top-of-the-line amenities, and—most importantly—unique design will be unlike any other multi-family community in the city or region.”

Embracing the building’s waterfront location as the inspiration for the “marine industrial” design, Cortney and Bob used materials that are built to last, much like the vessels that were once constructed in Boston’s shipyards. Residents and guests first encounter the nautical-themed finishes in the common areas, which were designed to be a true extension of each unit. In the lobby, the desk—finished by Natick-based Arteriors—was built to resemble the masts of ships. Above the desk, a custom lighting fixture designed by Royal Contract Lighting of Taunton illuminates custom Koroseal wallpaper, which features images of the USS Constitution. (Residents can see the actual ship docked just across the harbor in Charlestown.) Sofas from Lily Jack round out the space, which includes three inviting seating areas.

The nautical theme continues in the units, many of which have floor-to-ceiling windows that overlook the water. The interior finishes are simple and chic with cabinetry from Metropolitan Cabinets & Countertops in Westwood, plumbing fixtures from Symmons Industries in Braintree, and custom bath mirrors from New York-based Munnworks. The units’ spacious bathrooms feature a tub/shower with fresh grey-and-white tile, as well as copper sconces from Taunton’s Royal Contract lighting.

The designers are known for incorporating vintage pieces into their projects. Cortney visited the famous Brimfield Antique Flea Market to source one-of-a-kind pieces for Boston East. Some of her purchases include a 30-foot fishing net that hangs in the building’s art gallery (a concrete-floored space where artists residing in Boston East’s six “live-work-sell” units will showcase their work), a wooden canoe, as well as a variety of accessories and artwork displayed throughout the lobby and common spaces. “It’s rare these days to have a client that lets a designer design,” Bob says. “This property looks like us, and in the end, we want a living, breathing space that people are using.” 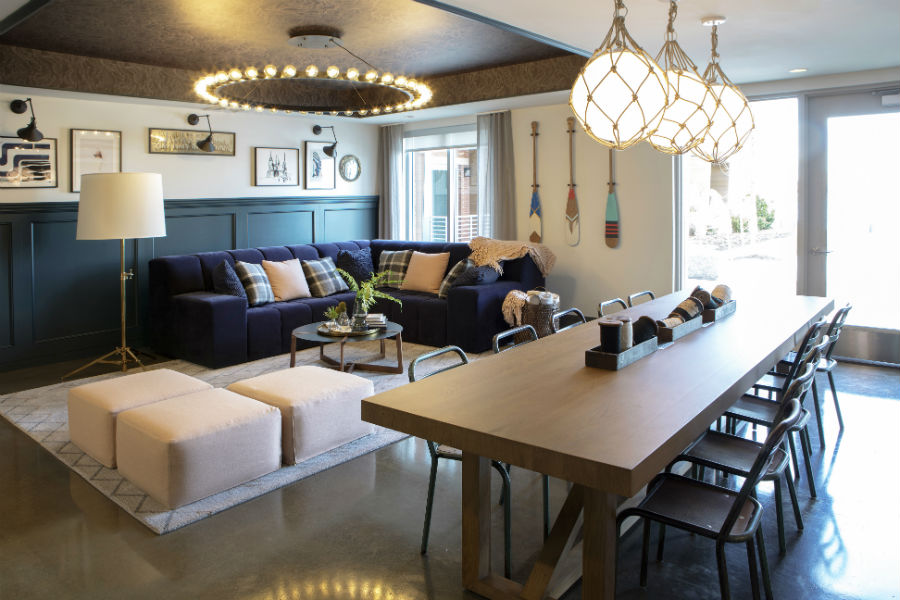 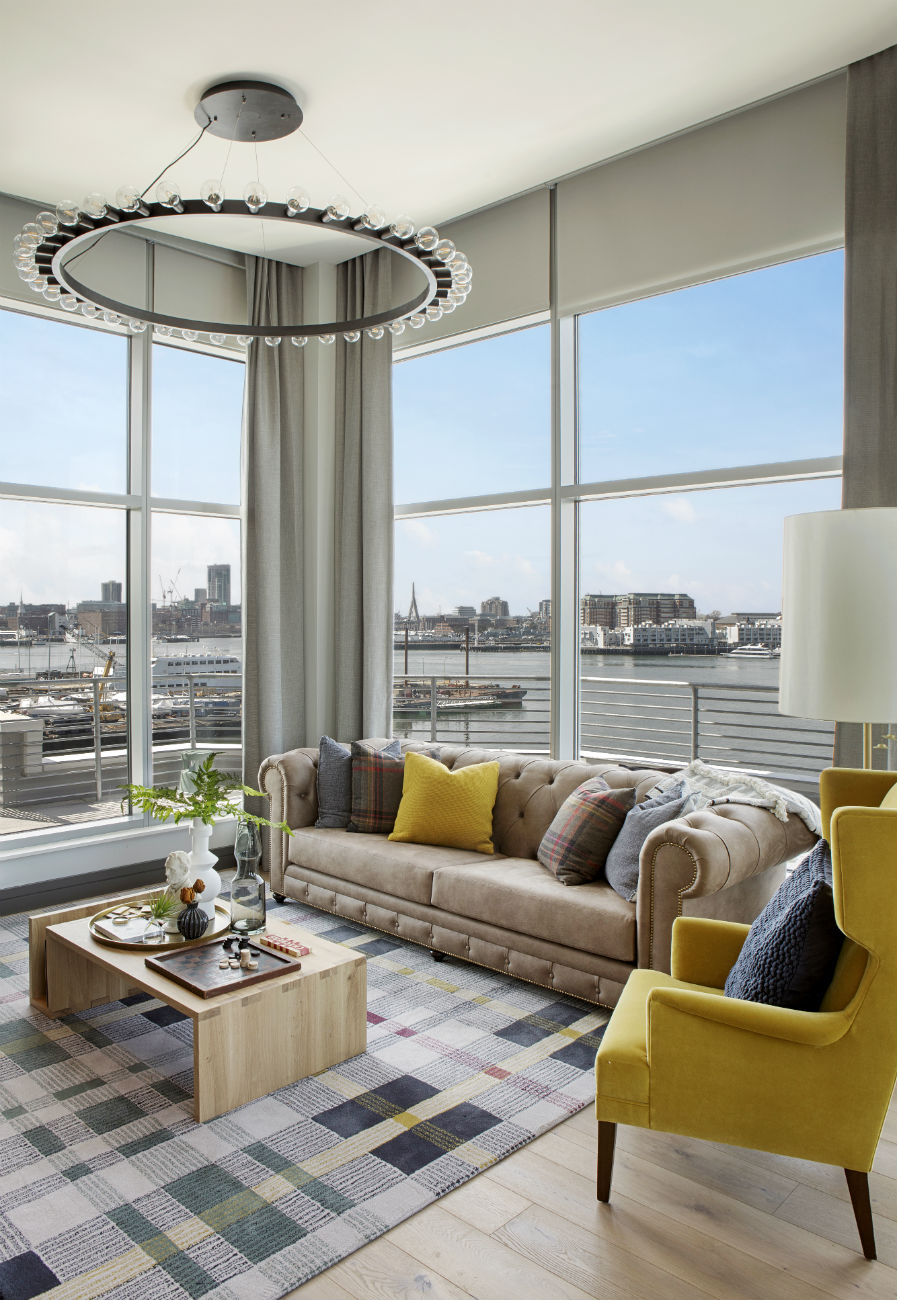