The online retailer is reportedly interested in opening a brick-and-mortar outpost on Boylston St. 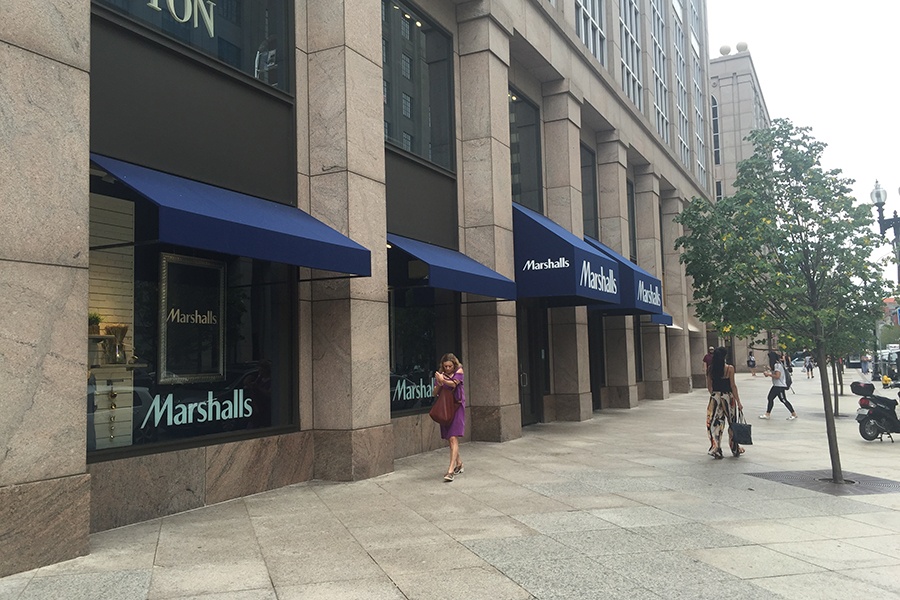 As brick-and-mortar retailers around the country wrestle with shoppers’ increasing preference for online buying, Boston-based Wayfair is betting it can flip the script and translate digital success into a thriving storefront.

The online furniture retailer plans to launch its first physical showroom and is eying 500 Boylston St. to set up shop, according to the Boston Business Journal. The space currently houses the discount department store Marshalls, which is set to shutter in early June. TJX Cos., which calls Framingham home, told the BBJ the company decided to exit Back Bay after “assessing and reviewing [its] real estate strategies.”

Last week, Ted Chryssicas, a Newmark Knight Frank retail broker, confirmed that Wayfair intends to open its first physical location after 16 years online, according to the BBJ. The Boylston St. storefront is a logical spot for the company to spread its brick-and-mortar wings, as it is next door to the 400,000-square-foot office space Wayfair anticipates calling its new headquarters.

An online retailer’s pivot to a physical outpost may seem counterintuitive, considering 2017 marked the most announced store closures of any year on record. But in bringing its products off the screen and into the showroom, Wayfair joins several other digital-first brands. In fact, the practice has become increasingly common, Jill Dvorak, an executive at the National Retail Federation, told Digiday last year, and brands like Warby Parker, Zappos, and Bonobos have all jumped on the bandwagon. The companies’ collective decision to open physical locations is part of the “blurring of the lines between what is really digital and what is brick-and-mortar retail,” Dvorak said.

Though Marshalls is exiting Back Bay, those hunting for the perfect candle or throw blanket will still be able to shop the store’s wares in Downtown Crossing and Fenway. TJX Cos. also said in a statement to the BBJ that its T.J. Maxx on Newbury Street will remain open.