Auctions aren’t just for the mega-wealthy. Here’s how to get started. 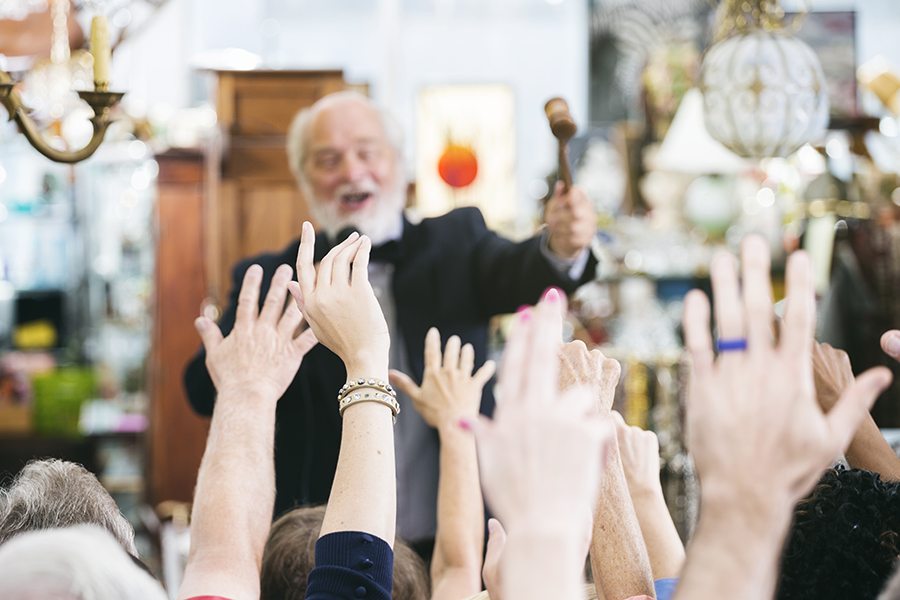 Maybe you’ve seen it in movies—well-heeled collectors raising paddles to score prized paintings at auctions. While some auctions are like that, plenty of them are just the opposite. Auctions can be a great way to purchase quality pieces for furnishing your new place, or even to find a funky statement necklace. And you, a Boston magazine-reading millennial, can bid in one. In fact, relatively young, middle-class people do it all the time.

“We see a big craze in the Design Within Reach crowd and the midcentury modern crowd,” says Karen Keane, CEO at Boston-based auction house Skinner Auctioneers. “There’s a wealth of this midcentury modern furniture and decoration that people purchased at say, Design Research in Cambridge when it was in Harvard Square, and now there’s a generation bringing their material to auction.”

If #MCM doesn’t have you chomping at the bit, there are more classical options too, like the high-quality furniture and jewelry that comes from estates of the deceased.

“Another source is people who are downsizing,” Keane explains. “You know, they lived in their big house in Wellesley, their kids left, there’s five bedrooms, and now they’re going to a two-bedroom condo in the Seaport. So what do they do with all that stuff? A lot of that goes up to auction, so it’s a great opportunity to buy things that are what I like to call ‘good goods.’ This stuff is solid. Much of it is 1800s and 1900s material. It’s made of very, very high-quality woods that are simply not sourceable at this point. There’s handcrafted, dovetail construction in all of it, so it’s solid, great stuff.”

The point is these “good goods” aren’t just for the mega-wealthy. Skinner runs monthly auctions called “Discovery Auctions” where buyers can peruse a wide range of high-quality objects, like 18th-century American furniture, at a lower price point. (Most pieces are priced at $1,000 and below.) And in wintertime, when auction season slows down, there’s a discount auction called “Irresistible and Unreserved,” where the starting bid is $10. You can compete for lower-end objects that have been through other auctions before but failed to find bidders.

“There are bargains to be had,” Keane says. “I think the interesting thing about Skinner is that you can really see a range of materials. It can be aspirational, you can come and see what the very expensive stuff looks like and why it’s expensive, but that also competes with things that are utilitarian, useable, and pretty. I’m always surprised more people don’t shop at auction.”

Roaring to give it a go? Ahead, Keane shares five tips for how to approach your first live auction.

It may sound silly, but don’t waltz into your first auction without having any idea what’s there. “If you’re going to participate in a live auction, you should most definitely have previewed the material ahead of time and gotten a sense of what you want to bid on,” Keane says.

The best way to do that is to attend the preview that’s held before the live auction begins. “That’s the opportunity to really get up close and personal with the material. These things are used items, so you’ll want to know if there is a screw loose somewhere on a chest of drawers or if there’s been a repair on a piece.”

But beyond just giving some furniture a once-over, you should talk to the specialists standing by. They can offer even more insight into a particular piece. “Get a little read to see what they think it’s going to bring in,” Keane says. “If they say there’s been a lot of interest on it, maybe you think ‘I’ve been looking for something like this for a while and I know what they cost new and in an antique store. Even though it’s estimated at $800 to $1,200 dollars, I would be willing to pay $1,800. So in your mind you set your price, then you go walk into the auction room.” 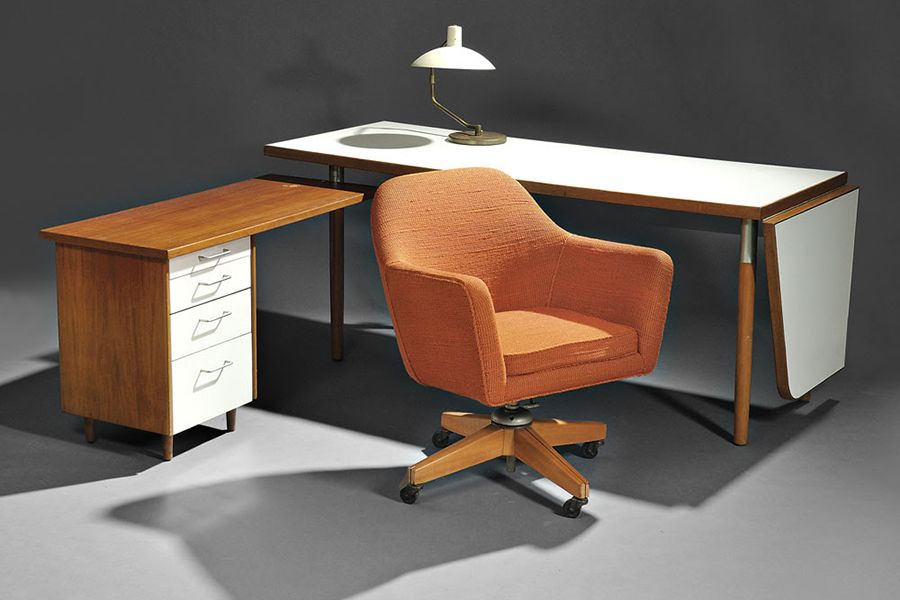 Ah, the auction room. A place filled with very fast talking and fervent paddle-raising. “What you don’t want to do is get caught up in the excitement and the heart palpitations,” Keane says. An auctioneer’s speedy banter might make you want to bid immediately, but don’t, she explains. Wait until they drop down at least one increment to raise your paddle. “Slow it down, go to your Zen place, and outsmart the auctioneer in that way,” Keane says. “But don’t get too cute because you can get lost.” If you’re too late, you miss out. It’s a delicate balance.

4. Factor in the buyer’s premium.

If you’re going to an auction on a budget, you’ll want to remember this practical piece of advice: don’t forget about the buyer’s premium, a fee you’ll have to pay if you win. It’s how the auction house makes money. Skinner’s buyer premium is 23 percent of the winning price for items $100,000 and below.

“It’s a different way of shopping than walking into a store, so you should be aware of that and figure it in when you’re doing your bidding,” Keane says. “There aren’t really many places that don’t have buyer’s premiums, so it comes with the territory for auctions.”

This is less of a tip and more of a required personality type when it comes to auctions. If your eyeballs don’t turn into hearts when you see a handcrafted antique credenza, maybe you shouldn’t be buying one at an auction in the first place.

“I mean, you kind of must care about it,” Keane says. “You’ve got to get your head in a place where you want to live in an environment and surround yourself with things that are interesting, well-made, and historical—ones that have a story behind them. If you don’t care about it, I get that, but we’re a great source for those that do care about those things—if you don’t want your house to look like everybody else’s.” In other words, if you’re not smitten with the objects being shown, West Elm might be more your speed.