Upcoming Antiques Roadshow Episodes Were Filmed at a Newport Mansion

Rosecliff is really an ideal spot for appraising dazzling heirlooms. 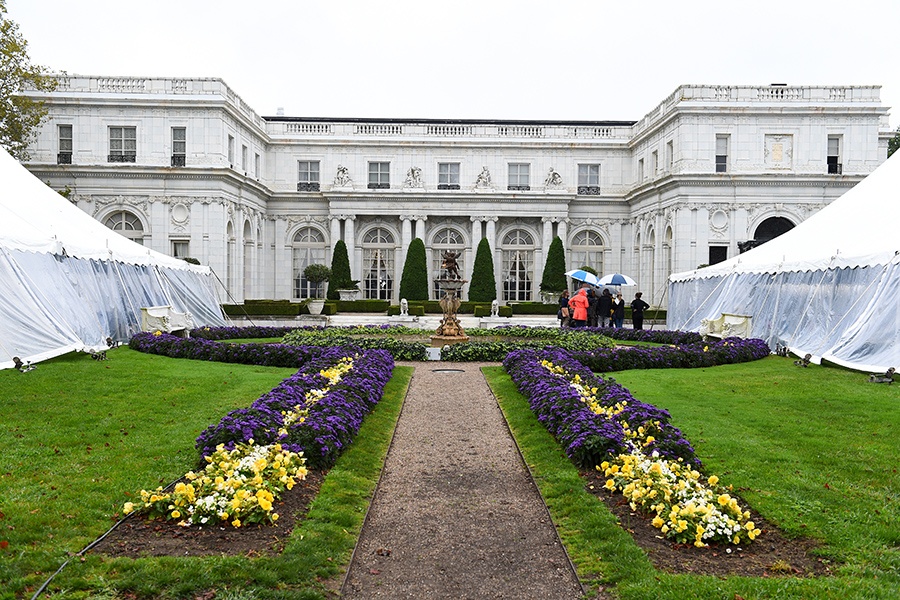 Faithful watchers of Antiques Roadshow who also happen to have a fierce love for coastal New England are about to be wowed.

The PBS classic hit the road to one of the region’s first playgrounds for the wealthy: Newport. Three new episodes of the show were filmed at Rosecliff, an architectural marvel on Newport’s famed Bellevue Avenue. Built between 1898 and 1902, the Baroque Revival manor was commissioned by a silver heiress from Nevada named Theresa Fair Oelrichs. It’s clad in white terracotta tiles and boasts a meticulously manicured front lawn.

With a breathtaking sweeping staircase and one of Newport’s grandest ballrooms, Rosecliff is really an ideal spot for appraising dazzling heirlooms. Plus, the Newport episodes claim Antique Roadshow‘s first-ever outdoor appraisal in show’s 22-year history, and include shots from the mansion’s patio and under tents on its grounds.

The first episode, which airs Monday, May 14, promises a stunning lineup of items. In it, Rohmer doll is examined on Rosecliff’s patio while a diamond waterfall pin is inspected as it swings in the breeze. Several Tiffany vases, among other treasures, are appraised in the ballroom—beneath a gigantic gilded chandelier, no less.

The second Newport episode airs Monday the 21, and the third on Monday the 28. All three episodes air at 8 p.m. on WGBH 2. Stay tuned to see Antiques Roadshow set against a historical—and extremely beautiful—local backdrop, and learn more at pbs.org. 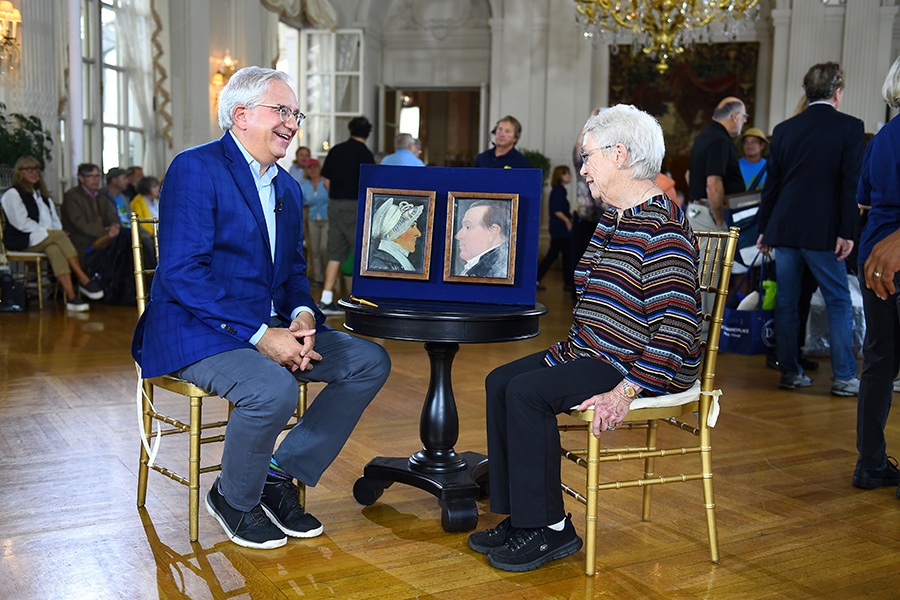 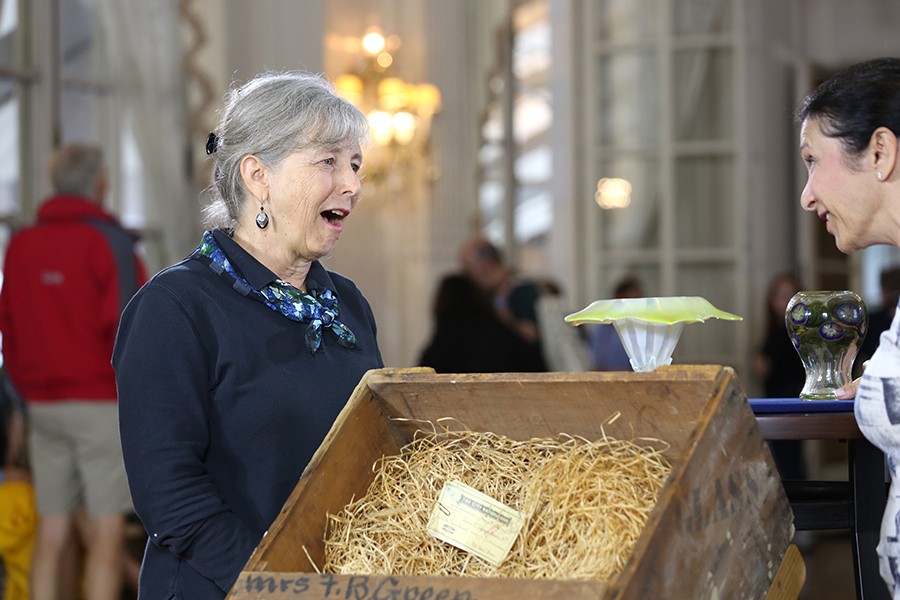