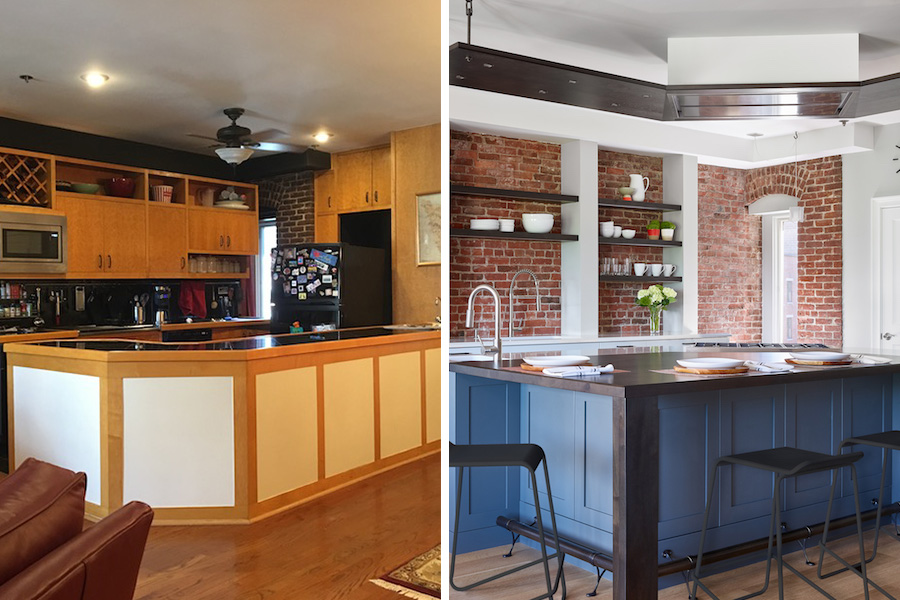 “Before” photo courtesy of Renovation Planning / “After” photo by Jared Kuzia

When a young family reached out to Jeff Swanson of Renovation Planning for help remodeling their South End condo, the unit’s dated kitchen was their main cause for concern. The space, which had last been renovated in the ’80s, featured a Birdseye maple veneer and a black wall that made the already poorly-lit kitchen feel even darker. “It was not their style, and not anybody’s style anymore, really,” Swanson says. Instead, the couple wanted to embrace the brick walls, and play up the condo’s industrial loft aesthetic.

Their other major goals were improving the functionality of the space and designing a layout that would work well for entertaining. The galley was spacious enough to fit several people, but the long peninsula offered a single way in and out. “Once you were in there, you were kind of trapped,” Swanson says. 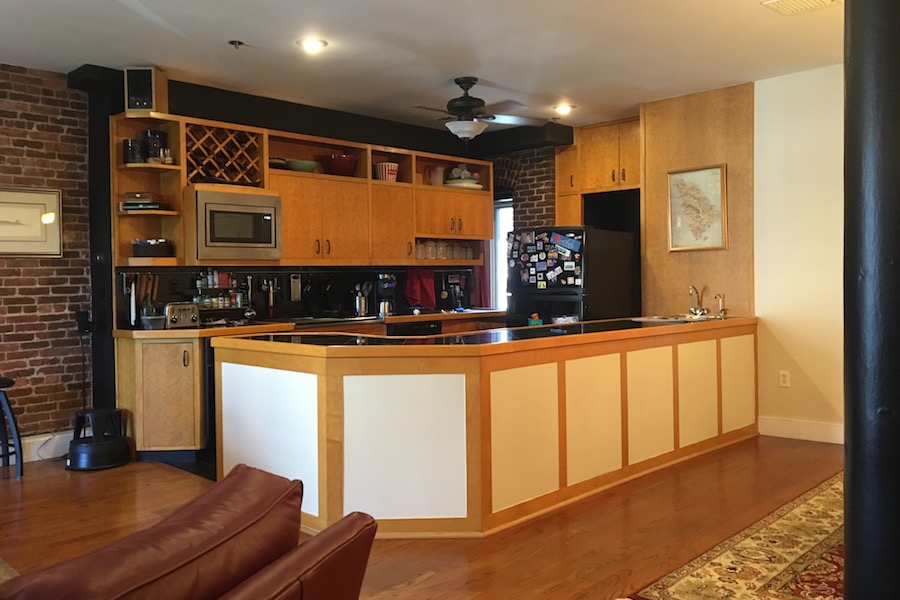 The first step of the renovation was to open up the floor plan by replacing the peninsula with an island, complete with a white Cambria quartz countertop and a built-in walnut table. The couple also wanted the range to be on an angle, with a clear view into the adjacent living space, so they could watch television or entertain guests while cooking. Swanson says he decided to accentuate the angle with a ceiling-mounted vent hood and a hanging soffit that follows the slant of the counter. The soffit connects to the ceiling via oil-rubbed bronze hangers and features pin lights to brighten the counter. The designer also transformed the small alcove where the refrigerator once sat into a pantry, shifting the refrigerator to the right and camouflaging it with custom maple paneling that matches the new cabinetry by JC Custom Woodworking.

To play up the loft aesthetic and showcase the brick wall, Swanson replaced the original overhead cabinets with open, ebony-stained walnut shelving. Next, Swanson added LED strips under and on top of the shelves to emphasize the texture of the brick and illuminate the space, which includes a dinner party-ready wine chiller and a beverage center. “In every job in these warehouse buildings, I’m usually trying to cover up the brick because it can just suck the light out of a space,” he explains. “But here, to keep that from happening, we added the strips.” With the help of Benjamin Construction, Swanson also swapped out the narrow floor boards for seven-inch-wide oak hardwood planks with custom matte staining and painted the island a dark blue-green to add contrast and avoid a “typical gray kitchen,” he says. The finishing touch was the Lekker Home barstools, which Swanson chose because their minimalist look doesn’t overpower the island—the true star of the show. 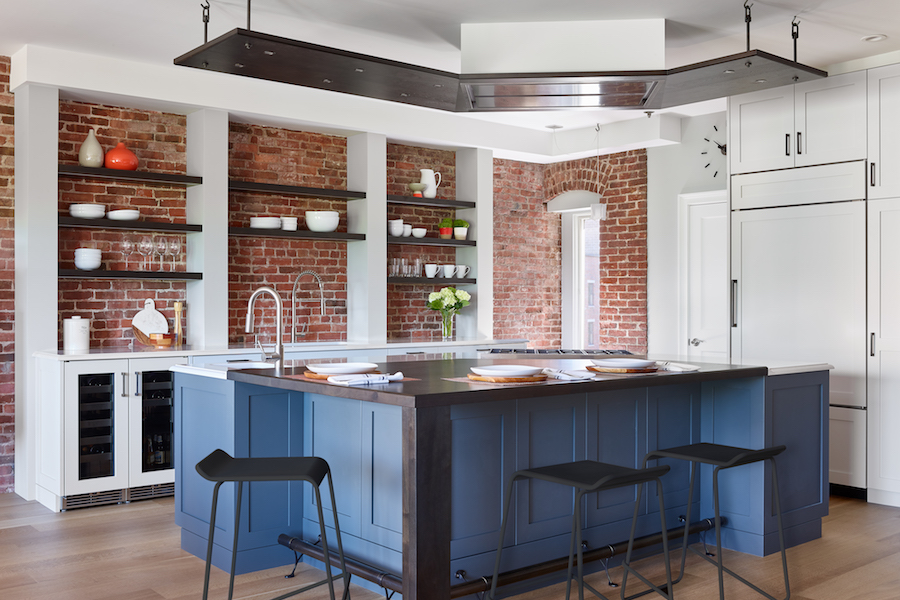 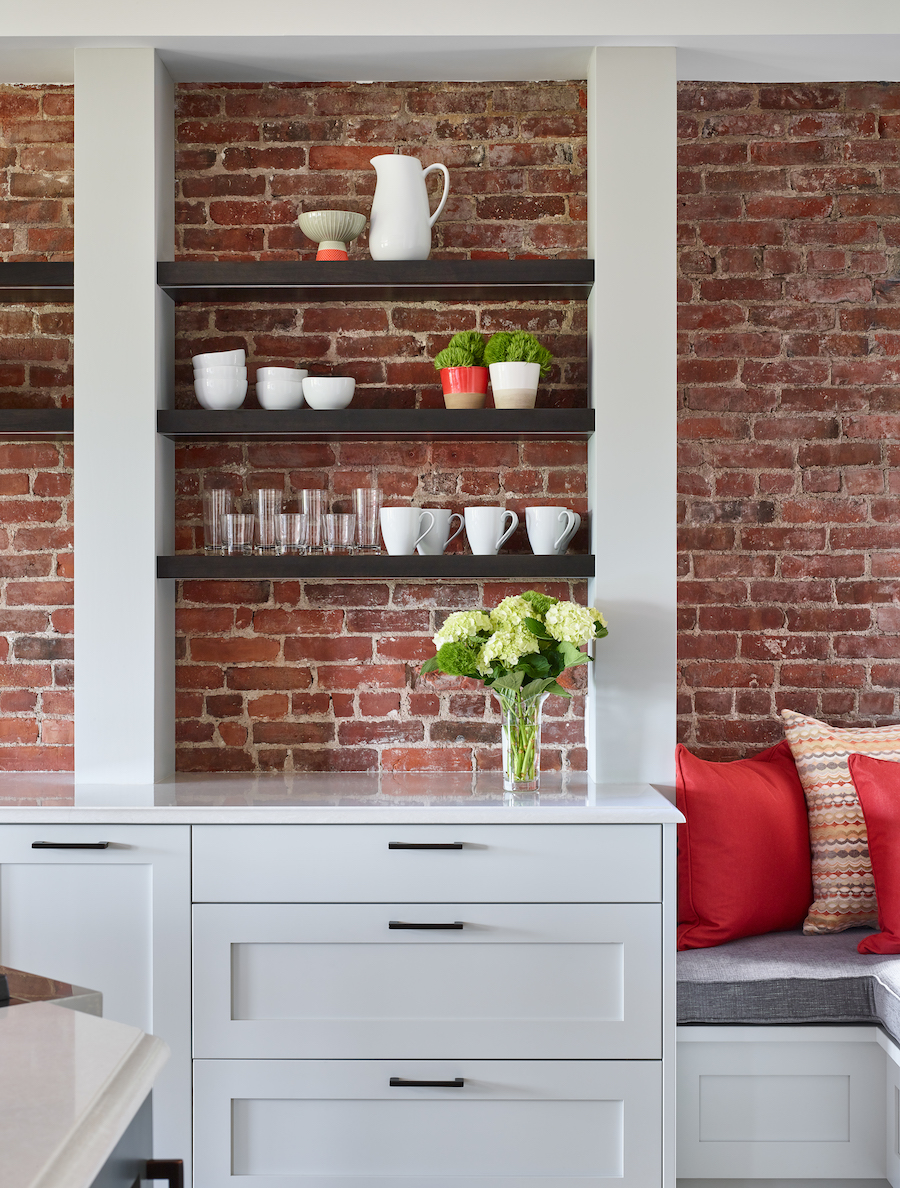 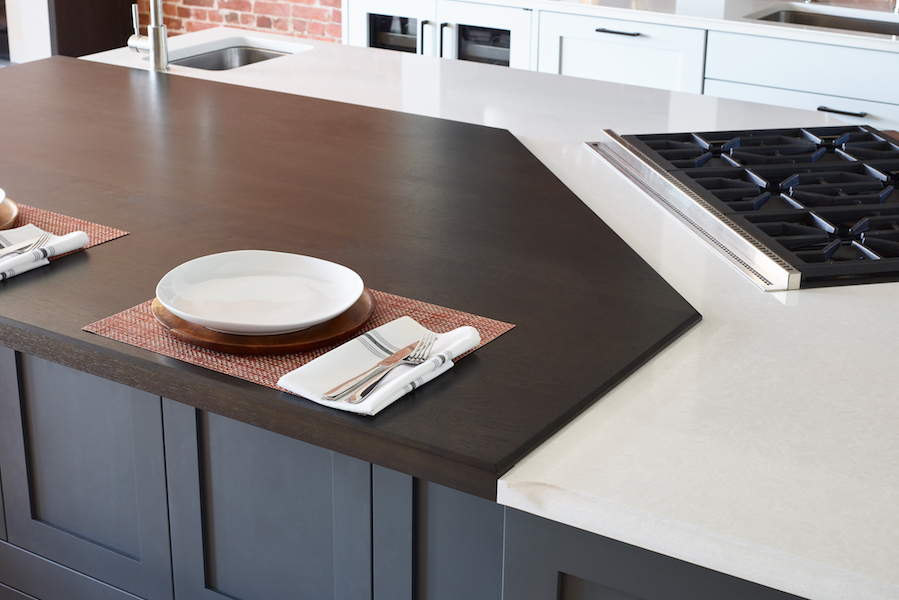 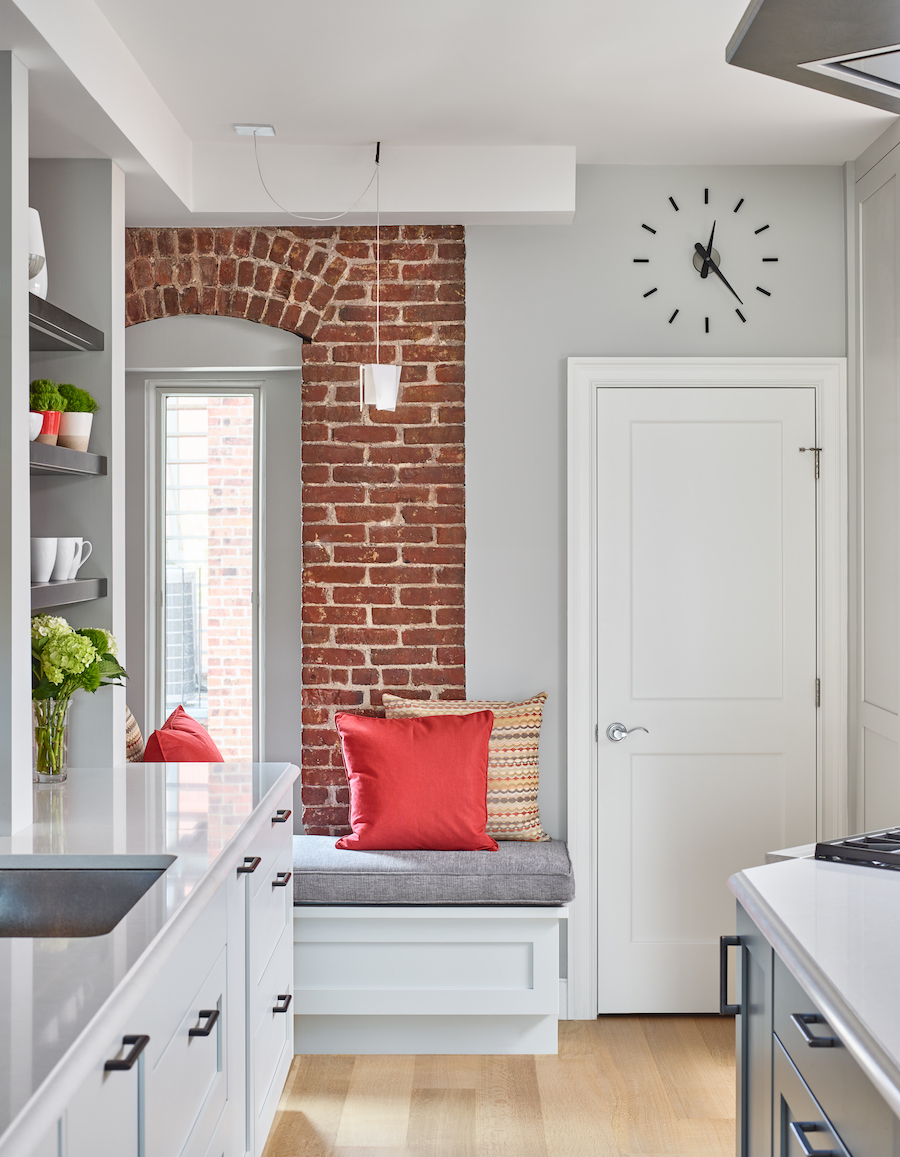