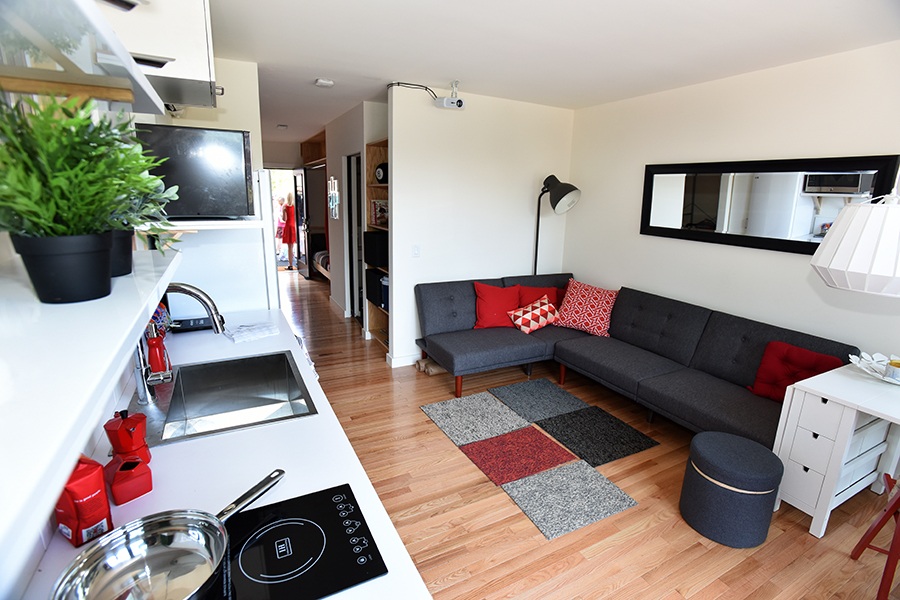 “In response to greater demand for efficient and transit-oriented housing, we have seen an increased number of proposals for smaller residential units,” said Director of the BPDA, Brian Golden, in a statement. “These guidelines will allow us to work with the community to ensure that these new projects best serve residents and neighborhoods.”

The small, efficient housing outlined in the pilot maximizes living space with creative layouts and furniture arrangements, while still providing plenty of space for cooking, sleeping, lounging, and other basic living functions. Each compact unit requires sufficient storage space and capacity for natural light, according to the Housing iLab

“As units get smaller, good design and natural light become so important,” said Tamara Roy, a principal at Stantec Architecture, in a statement. “I’m happy to see these guidelines focus on high quality spaces and shared common areas.”

The two-year pilot comes after testing of a 385-square foot traveling unit called the Urban Housing Unit, or UHU. The Housing iLab toured UHU around the city, gathering feedback from some 2,000 residents to help draft the compact living pilot guidelines.

“[Compact living] is something that can be for all kinds of people in Boston. That’s something we really learned from the UHU,” explains Marcy Ostberg, director of the Housing iLab. “It’s for empty nesters, older adults who want to downsize. It’s good for people who live in neighborhoods now and want to stay in those neighborhoods but prices are increasing. This is a way they can do that.”

Compact living is just one of the Housing iLab’s solutions to easing Boston’s housing crisis. The iLab also debuted a compact unit called the Plugin House on City Hall Plaza earlier this year, in the hopes of getting feedback from Bostonians about building tiny houses in city backyards. The 360-square-foot house, created from a series of insulated panels, is meant to be easily constructed by the average person. All of the Housing iLab’s out-of-the-box solutions are about creating density in a city where land is scarce and demand far surpasses supply.

“Creating affordable housing solutions for Bostonians requires flexibility in housing styles,” said Shea Dillon, the city’s Department of Neighborhood Chief of Housing, in a statement. “Compact living is an innovation in Boston that we want to see happening in the right way to create flexibility that works for everybody. This new policy provides that framework, and I’m very pleased with the work done by the Mayor’s iLab to get us here.” 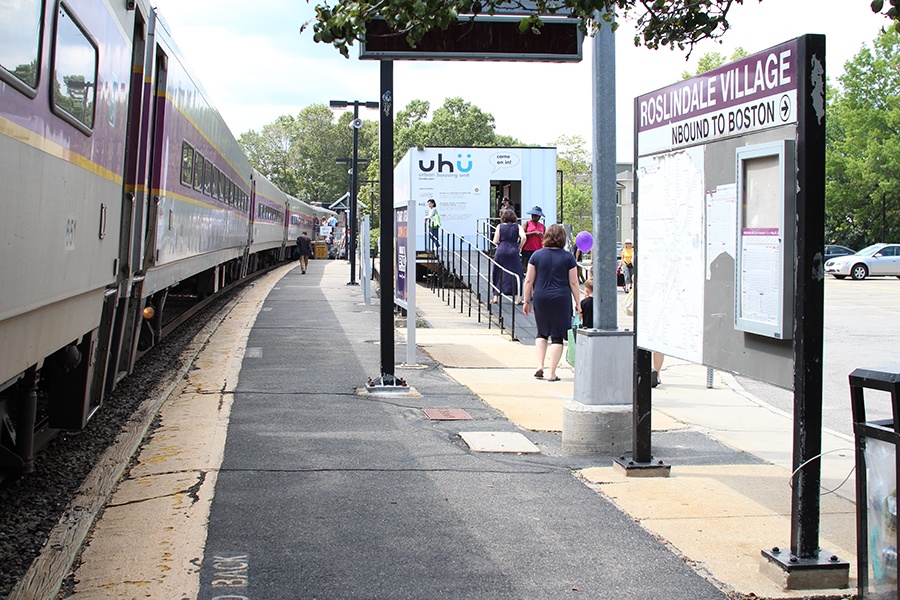 UHU in Roslindale Village / Photo via City of Boston