The interior designer helps a couple transition from a Victorian brownstone in Fenway to a luxury high-rise in Downtown Crossing. 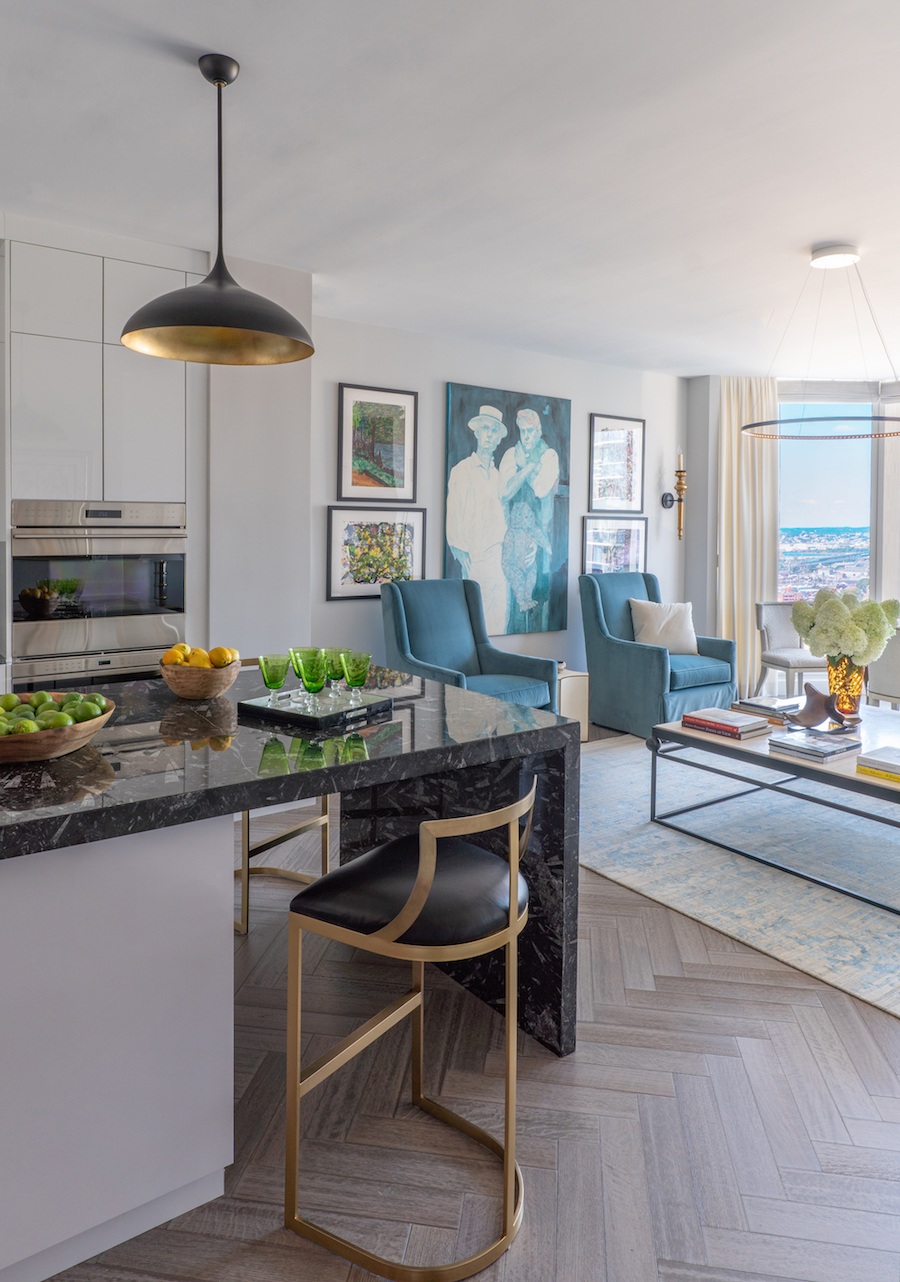 When Sean Murphy and Peter Rombult decided to move from their Victorian brownstone in the Fenway to a luxury condominium in Millennium Tower, a 60-story high-rise downtown, they knew that transitioning from “old Boston” to “new Boston” digs would be an undertaking. So they called upon interior designer Gerald Pomeroy, whose classic-meets-contemporary approach was a perfect match. “He had a modern flair, but he kept a certain tradition that appealed to me,” Rombult says. See how Pomeroy enhanced the 1,609-square-foot home to fit the couple’s lives—and their impressive art collection. 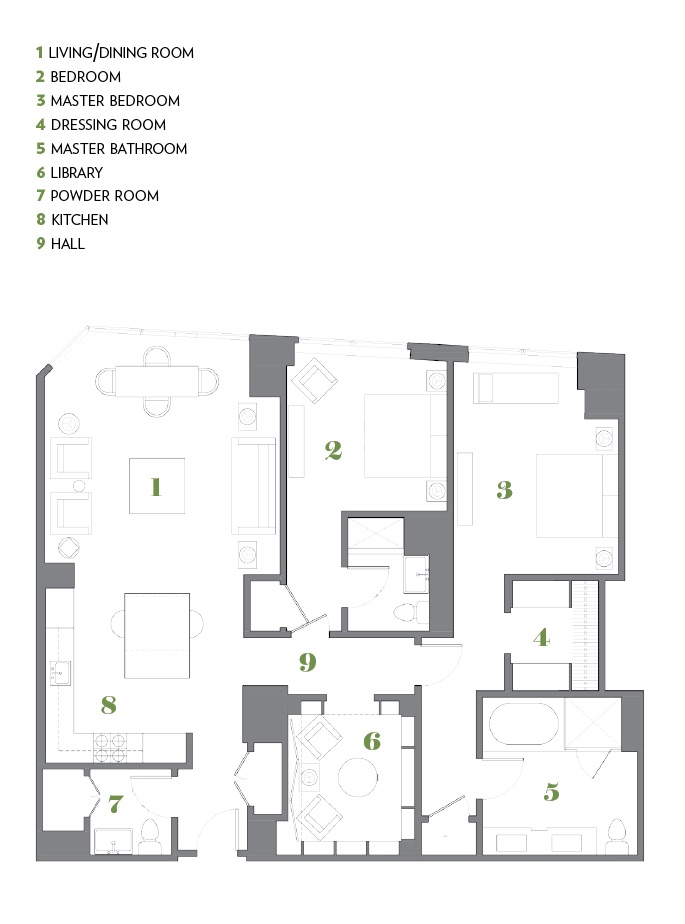 Let There Be Light
Originally, the living area had 10-foot ceilings without recessed lighting, so Pomeroy dropped the ceiling 6 inches and added it, as well as a steel Le Deun Luminaries chandelier from Charles Spada. “The lighting became very overt and modern as a juxtaposition to the furnishings,” the designer says.

Frame the View
When the couple first purchased the condo, the open kitchen—which shares space with the living area—featured a small island with seats facing away from the room’s floor-to-ceiling windows. Pomeroy replaced it with a larger “Black Fossil” marble island set perpendicular to the windows, ensuring views of the skyline from every chair. “We live at the island,” says Rombult, a research administrator at the MIT Media Lab.

Curate a Gallery
Pomeroy fell in love with Murphy and Rombult’s vast collection of paintings and sculptures, which includes works by Matisse and Calder. “He said, ‘Guys, this has to be all about the art,’” recalls Murphy, a teacher and a former ballet dancer. Showcased throughout the condo, the art also inspired design elements such as the teal wool-velvet-and-mohair Rogers & Goffigon chairs in the living room.

Carve Out Space
To satisfy his clients’ desires for additional storage and a cozy place to relax during the evening, Pomeroy called on architect Ruth Bennett to help adjust the floor plan, which included a windowless room that opened to the foyer. By closing off the room’s original doorway and relocating it to another wall, the team was able to both create a closet in the foyer and reconfigure the room as a library.

Make a Statement
When the time came to design the master bathroom, Pomeroy had already been working with the couple for several months, so they were willing to let him run wild. He designed a black lacquered vanity with a “Naxos White” quartzite top and dressed up the walls with Christian Lacroix’s “Bain de Minuit” wallpaper, which he calls “the icing on the cake.” 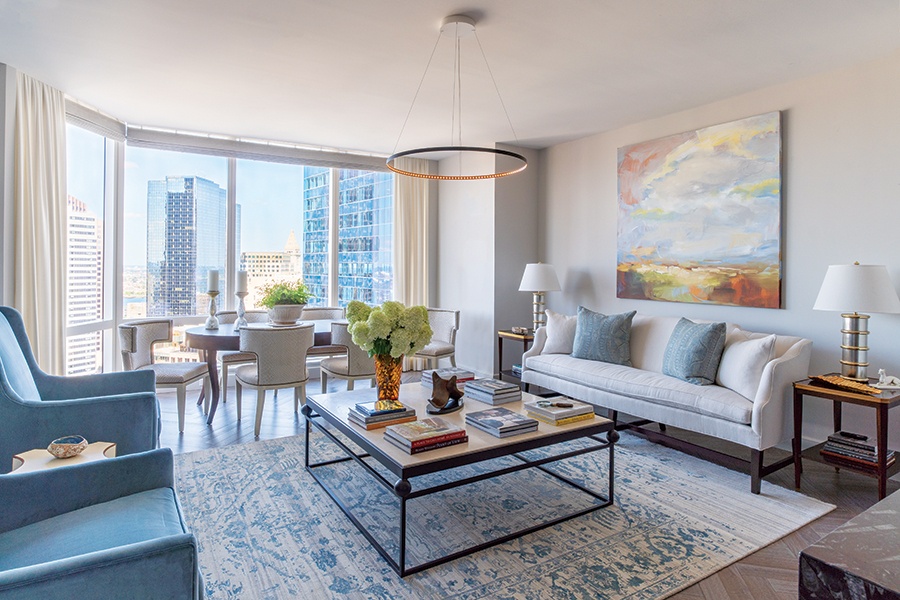 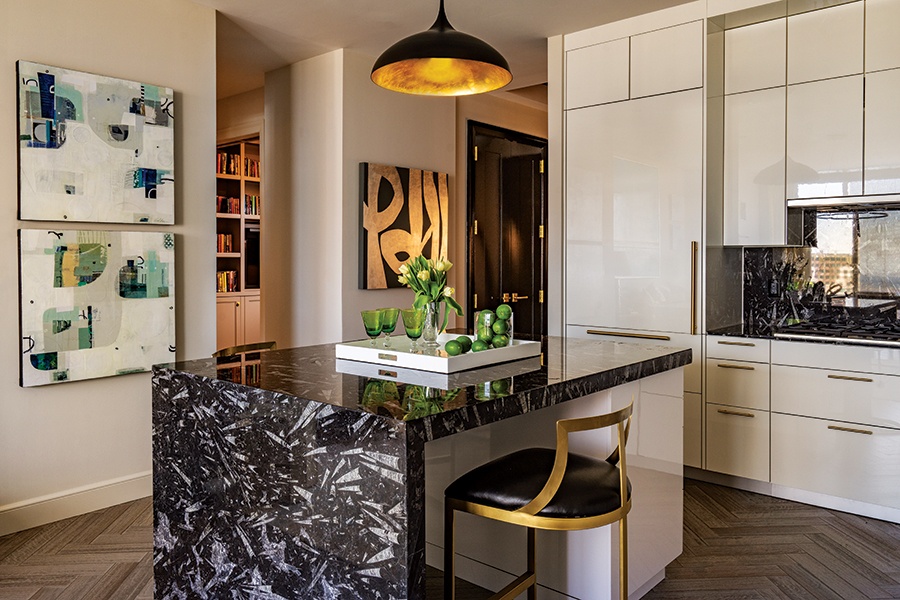 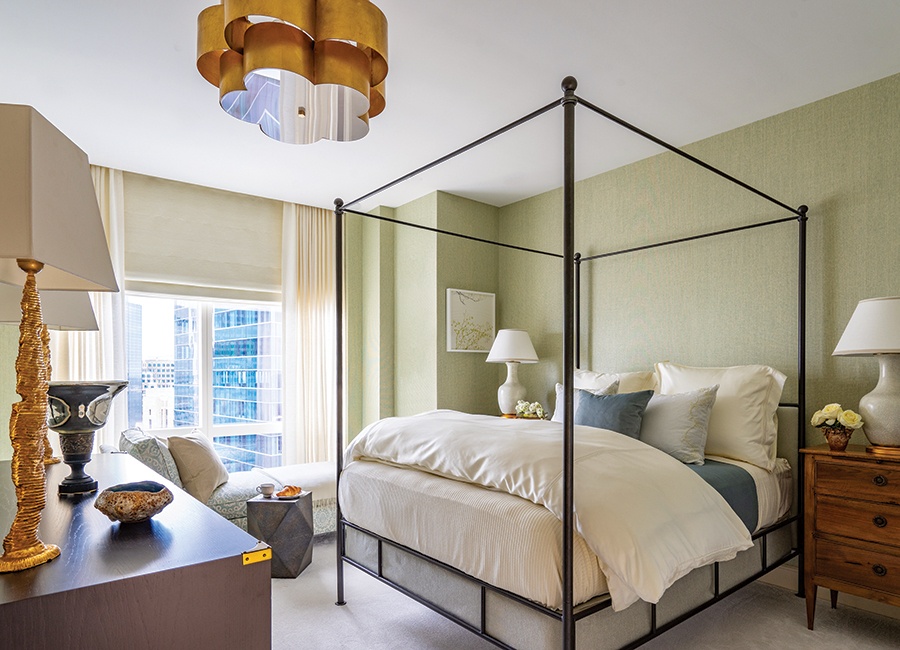 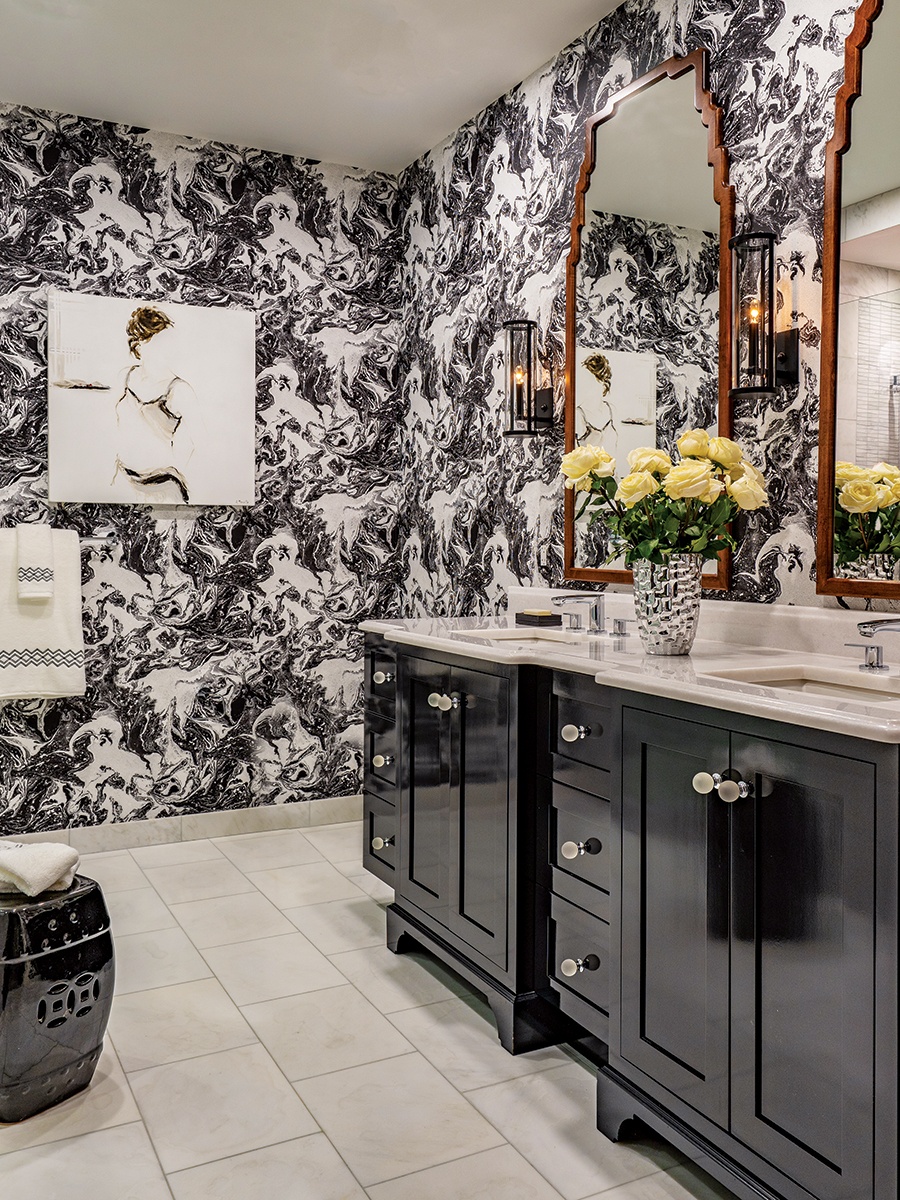