Portions of the super-futuristic planned development Union Point are now on the auction block. 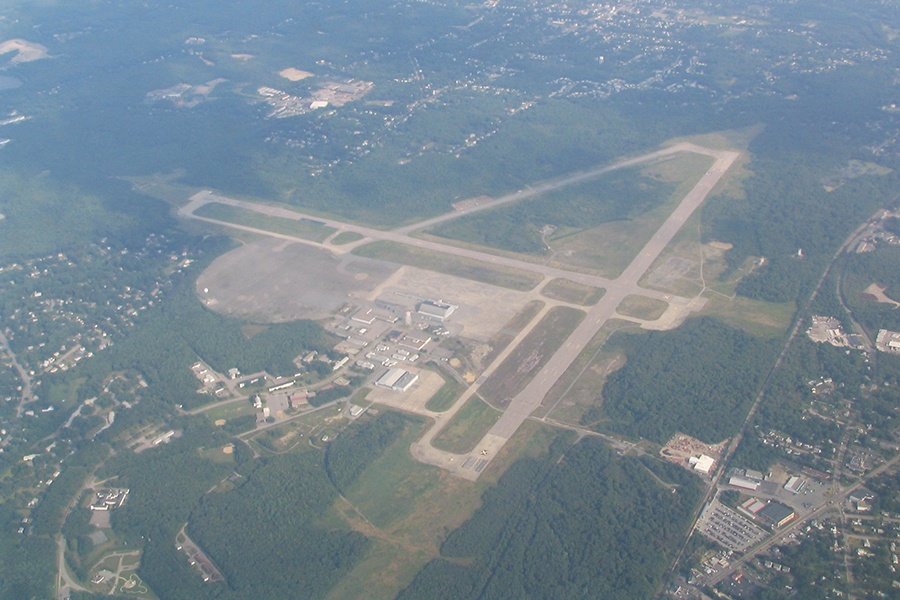 It sounds like something out of a movie: A brand-new city outfitted top to bottom with smart technology, allowing sidewalks to melt snow and traffic lights to direct drivers away from congestion. That was part of the very real vision for Union Point, thanks to a partnership between the developer and new Boston residents General Electric. The gigantic mixed-use development at the former South Weymouth Naval Air Station was first announced in 2015, and in 2017, LStar Ventures, the developer for the project, touted a new partnership with GE to create this $1 billion futuristic “Smart City.” But as of this week, Union Point has suffered a major setback: foreclosure.

According to a report from the Patriot Ledger, Washington Capital Management, the firm that lent $60 million to LStar Ventures, has scheduled a foreclosure auction on dozens of parcels of Union Point land. The firm accuses the developer of breaching the terms of its mortgage.

The foreclosure announcement comes after months of turmoil for the developer. A company that lent LStar $2.5 million filed a lawsuit against the developer last year, prompting a judge to ban LStar and its then-CEO, Kyle Corkum, from selling off assets worth more than $25,000, per the Ledger. Then, in November, former LStar employees filed another lawsuit against the company, accusing the developer of not paying its staff. There’s also beef between LStar managing partner Steve Vining and former CEO Kyle Corkum. Vining accused Corkum of accumulating $70 million in debt and interfering with the business after he stepped down, calling him “toxic to Union Point.”

Union Point’s myriad legal, financial, and management woes culminated in this week’s foreclosure announcement. According to the Ledger, a total of 40 parcels, which range from less than a quarter-acre to almost 30 acres in size, will be auctioned out of the original planned 1,450 acre project. The foreclosure auction is scheduled for February.

The future of Union Point remains unclear, though Weymouth mayor Robert Hedlund told the Ledger that the foreclosure announcement is good news for the project, saying “a ‘proven top-notch’ commercial developer has indicated that it would come in immediately once the management issues are cleared up.”