Fresh off the opening of a new South Boston studio space, the Thayer Design Studio founder walks us through her third product launch. 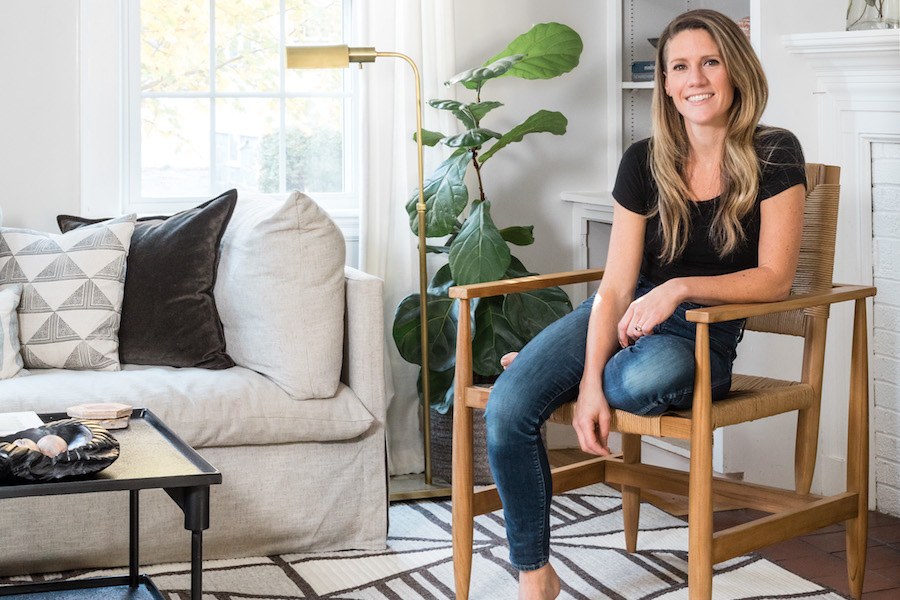 Meredith Thayer has never been a stranger to the world of textiles. After cutting her teeth as the creative director of her family’s rug factory in Pawtucket, Rhode Island, she went on to found Thayer Design Studio: a South Boston-based firm where, in addition to offering interior-design services, she dreams up stunning collections of custom rugs, baskets, and ottomans.

Thayer launched her first textile line in summer 2016, and now, three years later, the one-woman design machine just released her third. Though typically drawn to softer hues, Thayer designed her latest collection—inspired by New England landscapes—using bolder colors and higher-contrast patterns. “I was like, we’re going to mix it up,” she explains. At the same time though, she says her designs are meant to be a “jumping off point.” Thayer is enthusiastic about customizing every piece—whether that means designing in a new colorway or creating a unique size to fit a space perfectly. “If you see a design and [think], ‘I really like it, but I wonder if…’ I’m like, ‘Yeah, bring it! Talk to me,” Thayer says.

How did Thayer Design Studio get started?
It seems like a really random thing, but I’ve designed braided rugs for more than 10 years. I started out working in the braided-rug industry as creative director my family’s factory. After so many years designing for wholesale, though, I was like ‘It’s time for me to challenge myself a bit more.’ I was a bit maxed out on what I was doing, and creatively and professionally needed something else. I began doing interior design and then found that I was always designing rugs for my homes. So soon after, I decided to start my own collection. I love to be super project-based, so I quickly realized my market was interior designers. Being able to work on just one rug with a designer is so different from wholesale, where you’re designing something that has to be made in X number of days and then shipped out to customers. 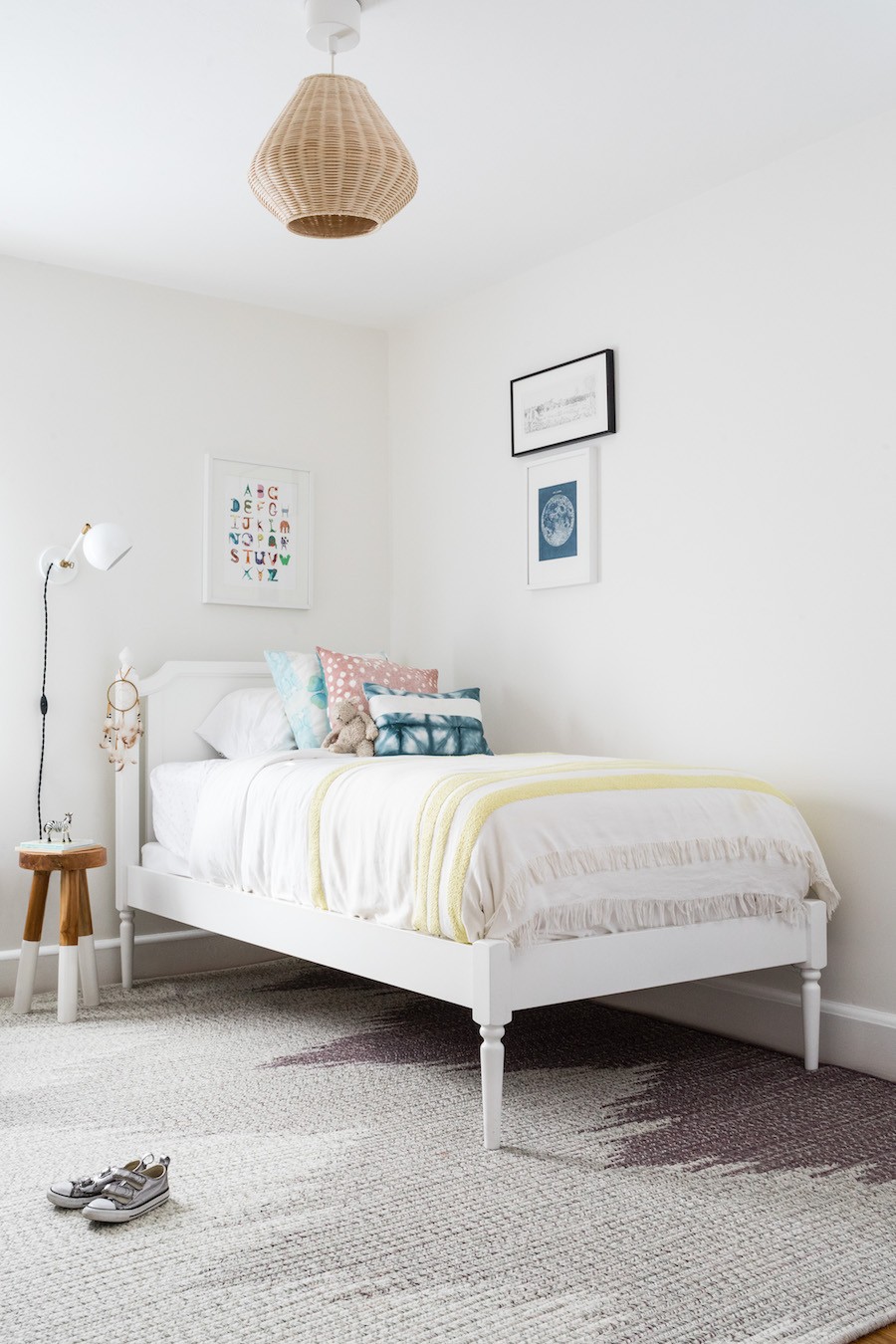 In December you opened a design studio in South Boston. How did that come about?
In the beginning, I worked out of my house and then I had a studio in Milton for six months or so, but I always had this vision of having a larger space where I could showcase more product. I’m also very interested in art and I have my interior design side of the business, so I wanted it to be a place where I could show off my aesthetic, a place where if I saw a cool lamp or a cool piece of art I could bring that in and make a place for it. My husband was driving past this spot one day and was like, ‘I really think you should look at it.’ I was reluctant at first but when I looked at it I could totally see it, so I decided to take the leap. Now I have this space that showcases a bunch of my rugs and baskets. The best thing is that designers can come here to see the products, see our yarn library, and talk to me about custom design options. It also has furniture and art, so it’s really this nice cozy space. It’s also 1,100-square-feet, so I’m hoping to be able to use the space a bit for events and things that engage the community, too. The design community is so great, but it can be isolating at times because as designers you spend a lot of time by yourself. So I’d love to figure out a way to use the studio for things like that, too. 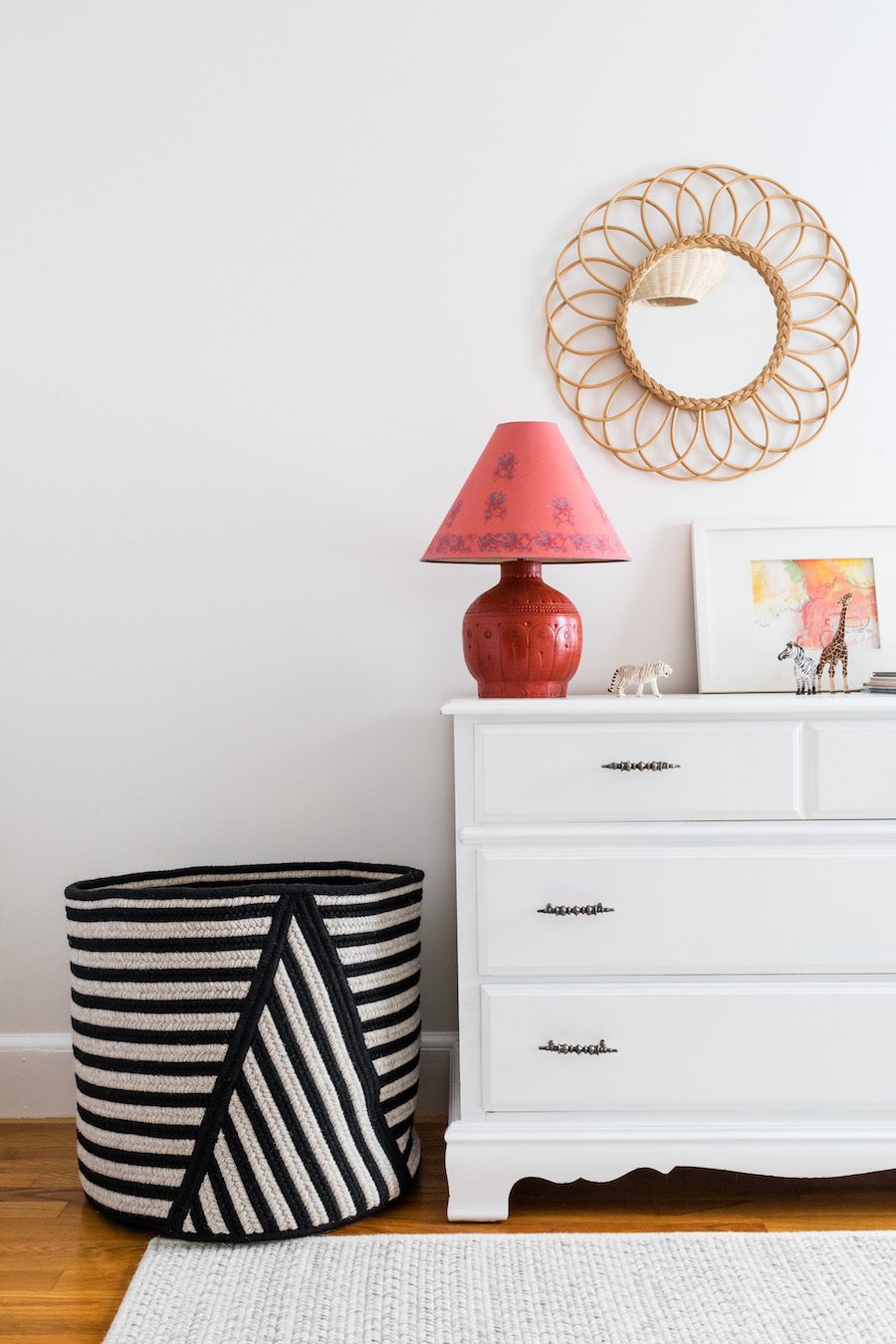 What was the inspiration for your new collection?
If you know me or follow me on Instagram, you’ll know that I’m super inspired by the beach. The ocean is near and dear to my heart: My birthday is in July, my husband and I were married on the Vineyard, his whole family lives there, my kids love it, and we’re really into being outside. When I was younger I traveled a lot in Latin America, so my previous collections were influenced by design there. This time, though, I was more influenced by this idea of how nature creates patterns in our environment. I wanted to capture that in my pieces through form and technique. My “Tide” rug is a really great example of that: It’s based on watching the tide go in and out.

Do you have a favorite piece from the new collection?
The “Tide” rug is awesome. I love that rug because of how I came up with the idea. It was a lot of thinking about how we could manipulate the sewing process to create this kind of random looking pattern. That rug makes me feel like, ‘Yeah, all of your years of work and knowledge paid off.’ I sat with my manufacturer asking ‘Hey, what if you did this, in these colors’ and drew out what I wanted it to look like. When they first sewed it, they sewed it too perfectly, so the zig zags were like perfect mountains. I had to be like, ‘No, I want this to be really random, like, start and stop at totally random spots.’ It was a really fun process, so that’s what makes me love that one. Then from purely a design standpoint, I’d say I’m obsessed with the “Lunar” rug. I just think it’s so simple and pretty. 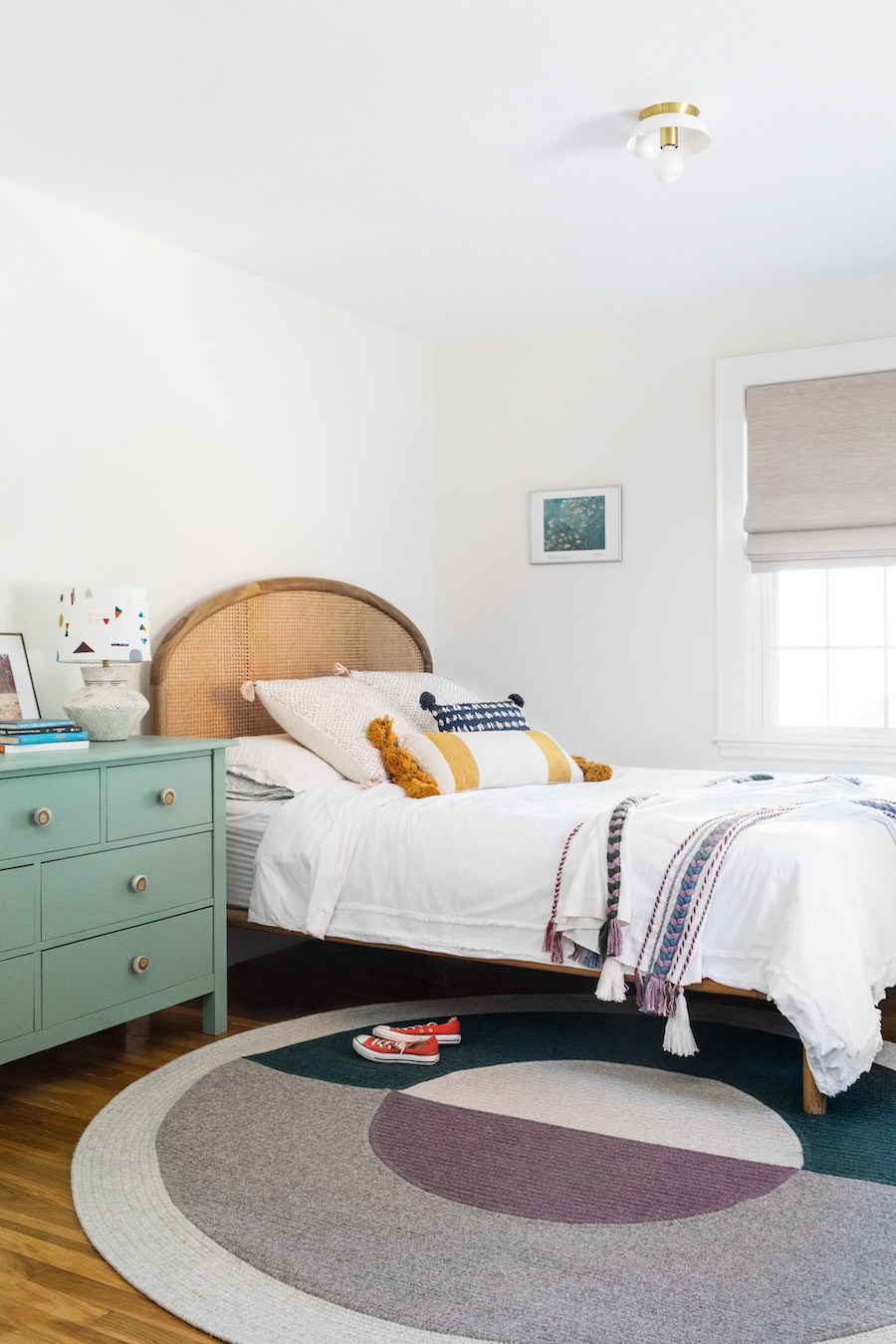 What’s next for you?
I’ve got two more new collections in the works, which should both be coming out around the spring. One of those launches is with Caroline Hurley, who’s based in Brooklyn. I met her when I was showing at AD one year. That one will be a little more her vibe, which is super relaxed. We’ll have some linen involved, too, because she’s a real master of it. We’re in the early stages, but we’re playing around with some simpler designs.

The other collection is with Max Humphrey, a designer on the West Coast that I met a few years ago while working on a Sunbrella rug for him. He’s been a great mentor to me since I started my business. He marches to his own beat and his style is really cool and different. His designs are bold, colorful, and interesting. I really like him as a person, so I just thought this would be fun. I’ve teased one design on my Instagram already, and I’m totally psyched.