This Inn on Connecticut’s Silvermine River Got a Rustic Restoration 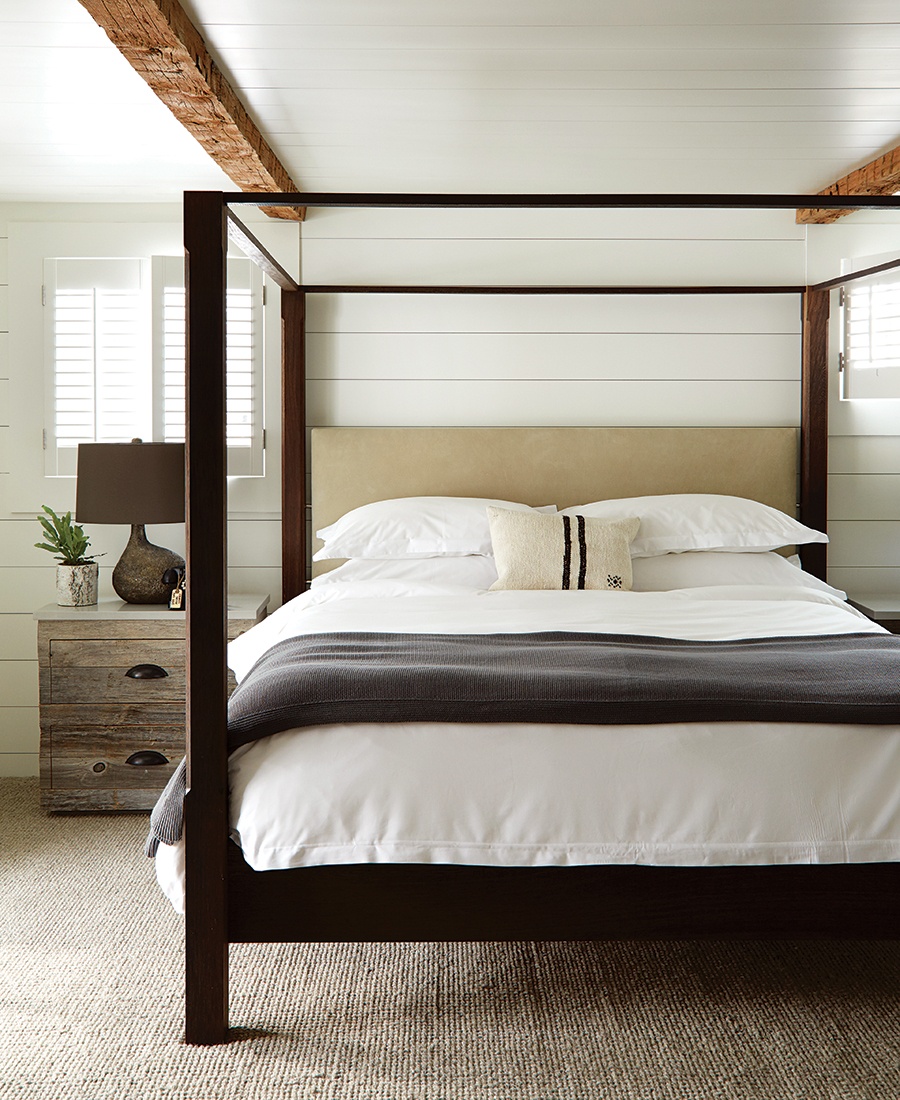 Nestled on the banks of Connecticut’s Silvermine River, the more than 4-acre property at 194 Perry Avenue in Norwalk has lived many lives. With roots that stretch to the 1600s, the parcel began as a stagecoach stop, later morphing to house a mill complex and then a Prohibition-era speakeasy. An inn arrived next, offering Hollywood icons such as Elizabeth Taylor and Lauren Bacall respite from the streets of New York. And that’s where the Glazer Group, a local construction-and-development company, comes in. Aiming to restore the inn to its former glory, the family-run business bought the property in 2015. “We didn’t want to re-create the wheel,” says Nikki Glazer, who co-owns the inn with her parents, Andy and Marsha. “We just wanted to highlight what was existing.”

Six rooms, starting at $600 per night

Come for: Historical lodging with a contemporary twist
Stay for: Custom furniture and New American cuisine

Reopened as GrayBarns on the Silvermine River in 2017, the revamped space balances nods to its past with modern touches. Reclaimed wood abounds throughout the property, which also includes a restored tavern and a barn that was relocated from upstate New York and raised on site. The guest rooms, meanwhile, teem with bespoke details: Custom four-poster beds in wenge and walnut play host to locally upholstered leather headboards and luxe Frette linens, accented by cashmere throws. Smeg appliances and rotary phones, on the other hand, “add to the suggestion of unplugging and slowing down,” Glazer says. “It’s a haven of refuge,” she adds. Just like the original. 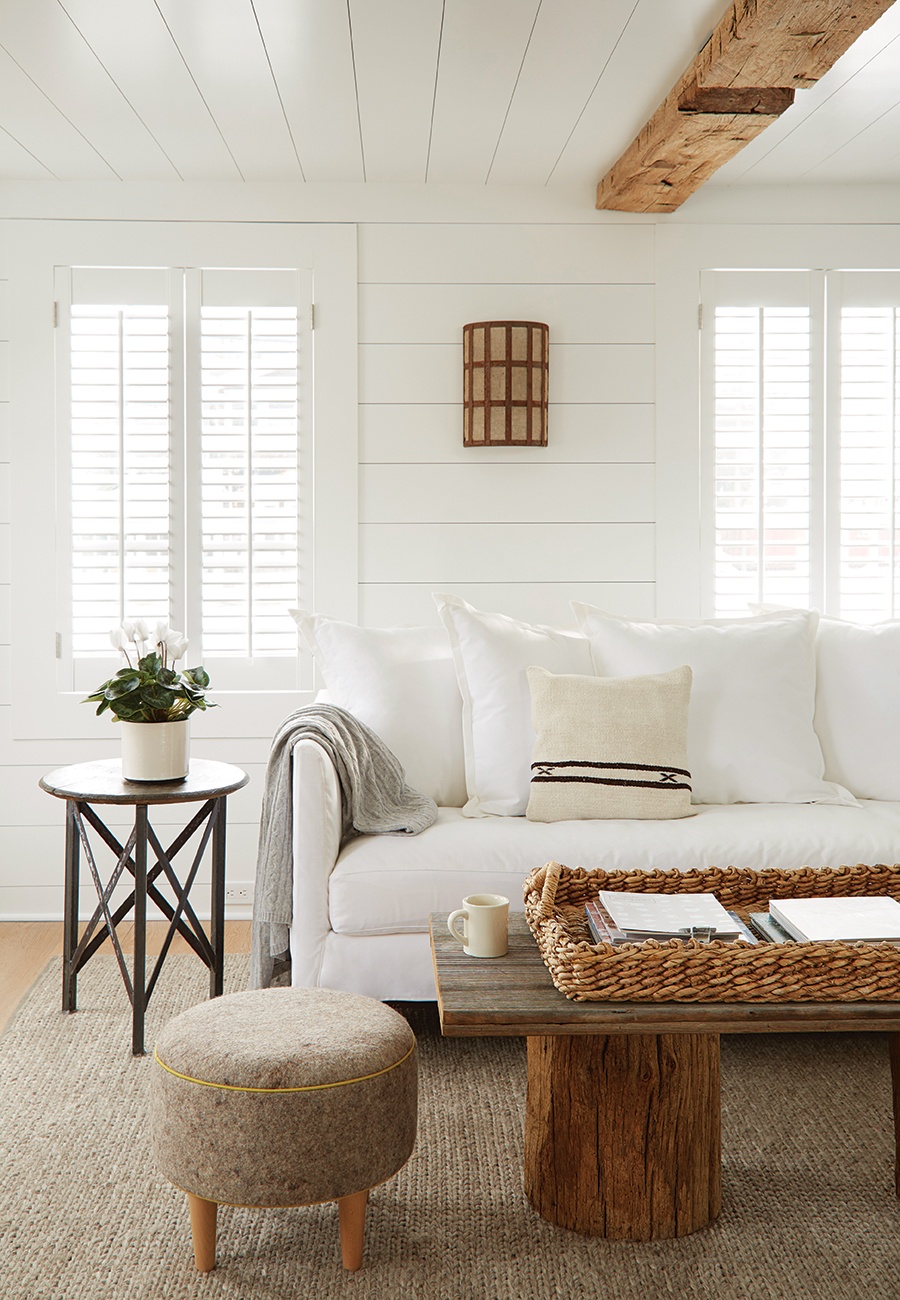 “Finding pieces that could be timeless and seasonless was a challenge,” Nikki Glazer says of the guest-room décor. “We like to use a lot of white.” / Photo by Marili Forestieri/One Kings Lane 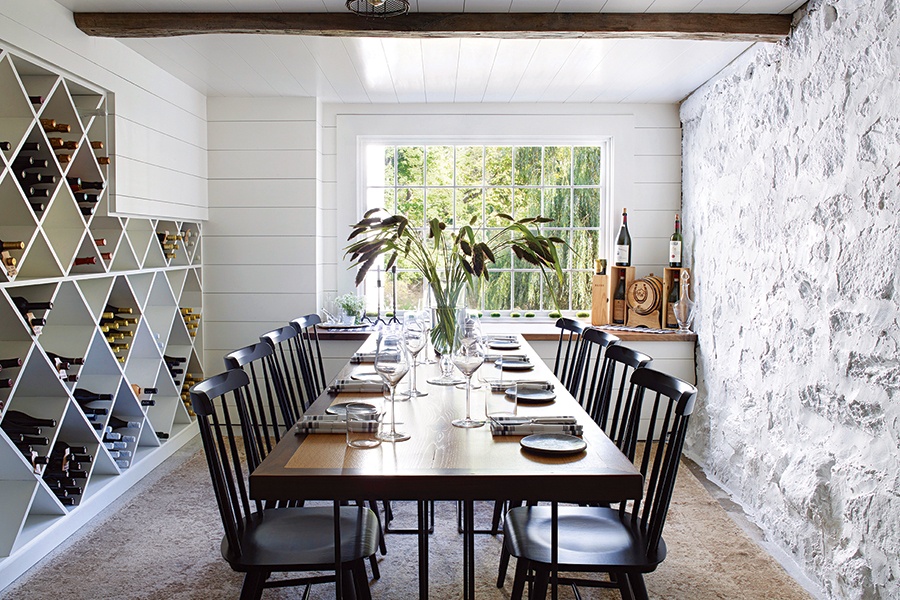 In the tavern, a wine cellar doubles as a space for private dining. / Photo by Ellen McDermott 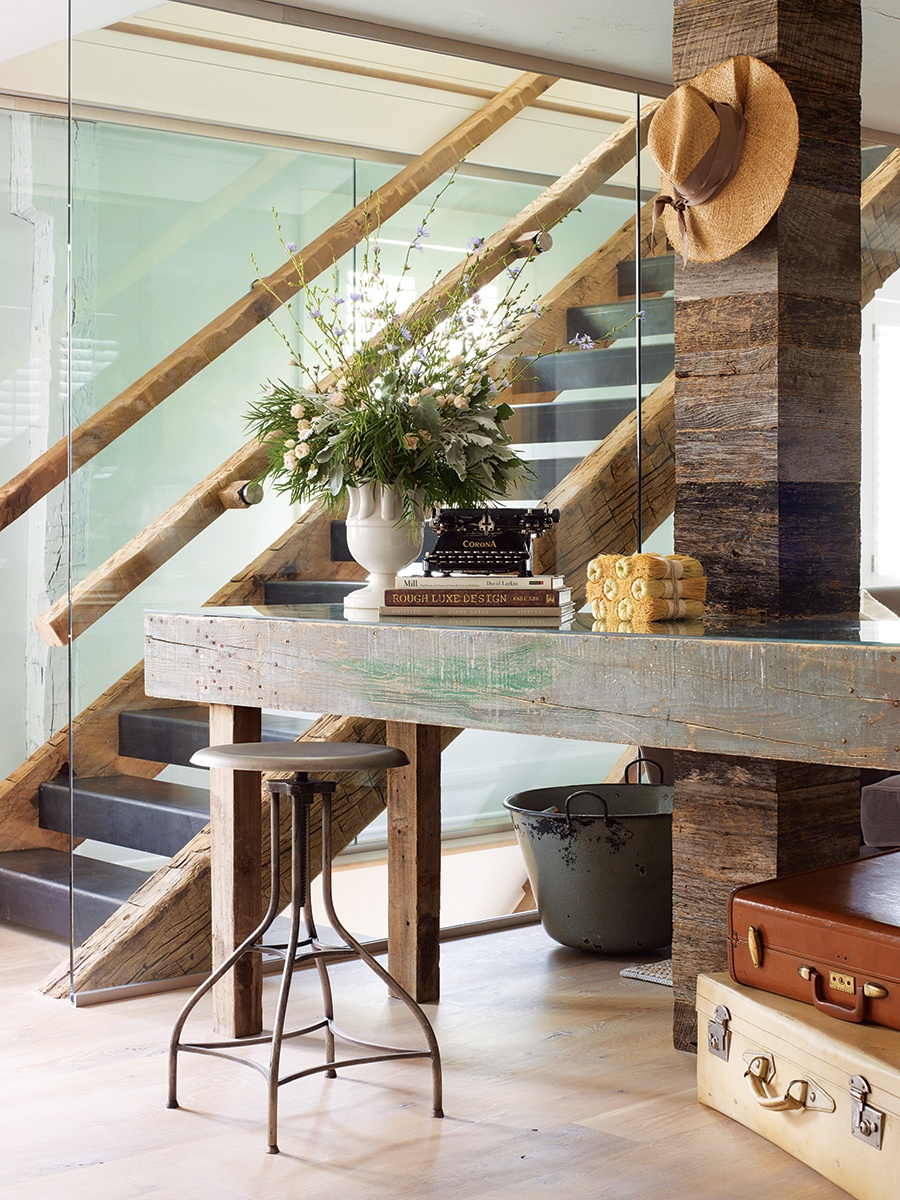 Wide-board oak flooring runs throughout the inn, including in the lobby. / Photo by Ellen McDermott 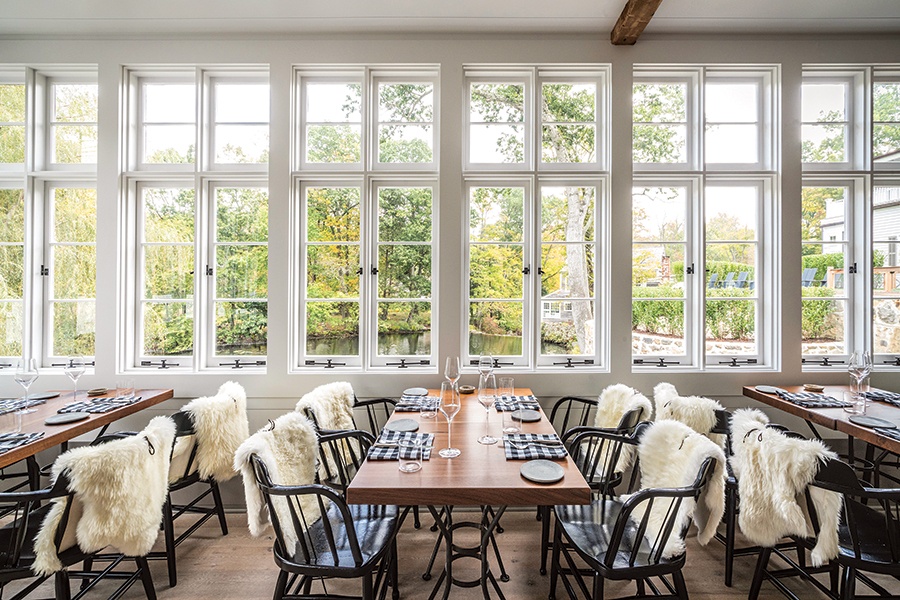 Original to the property, the “Windsor” chairs in the tavern were refurbished and coated with black lacquer. / Photo by Noah Fecks 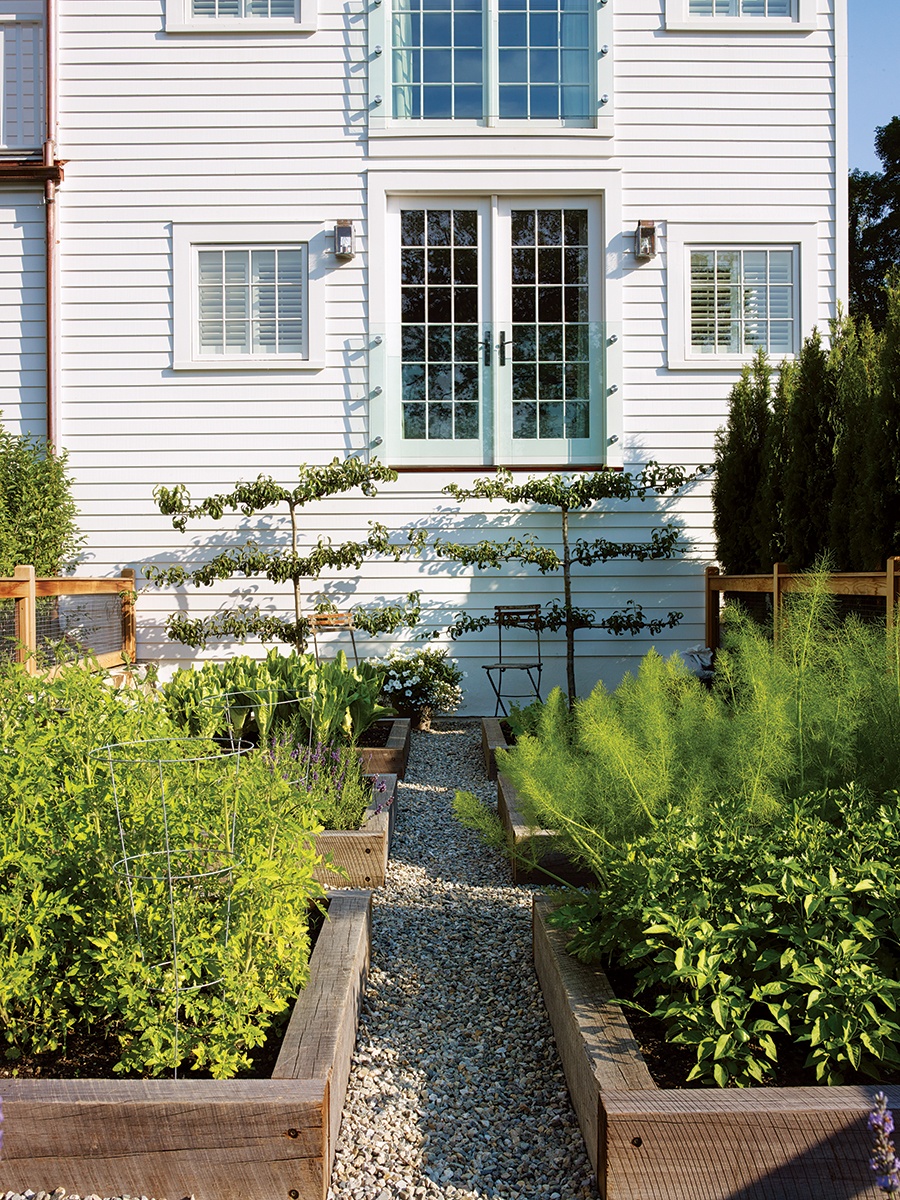 “Gardens are a big part of our life here,” Glazer says, adding that the herbs grown onsite are often used in the tavern’s beverages. / Photo by Ellen McDermott 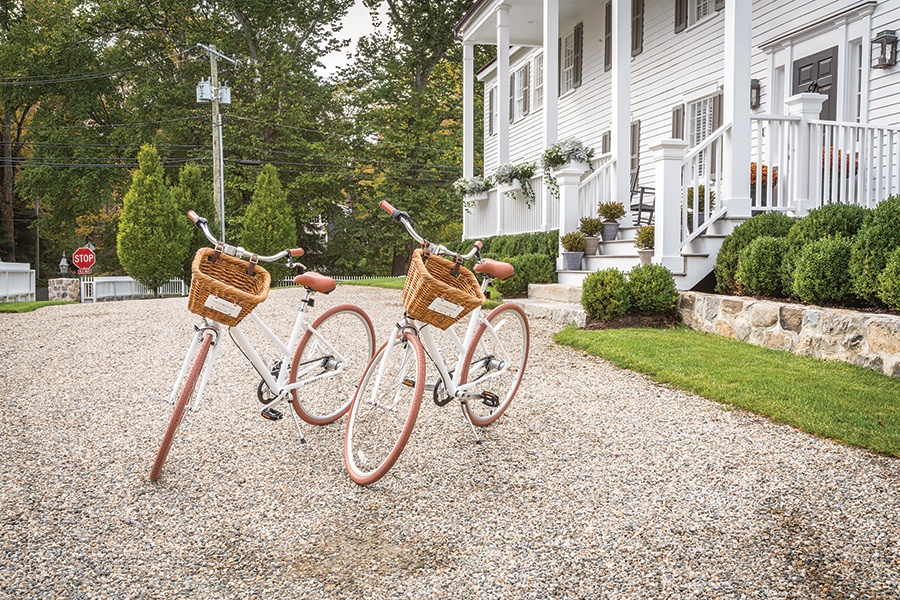 GrayBarns offers complimentary bike use to all of its guests. / Photo by Noah Fecks 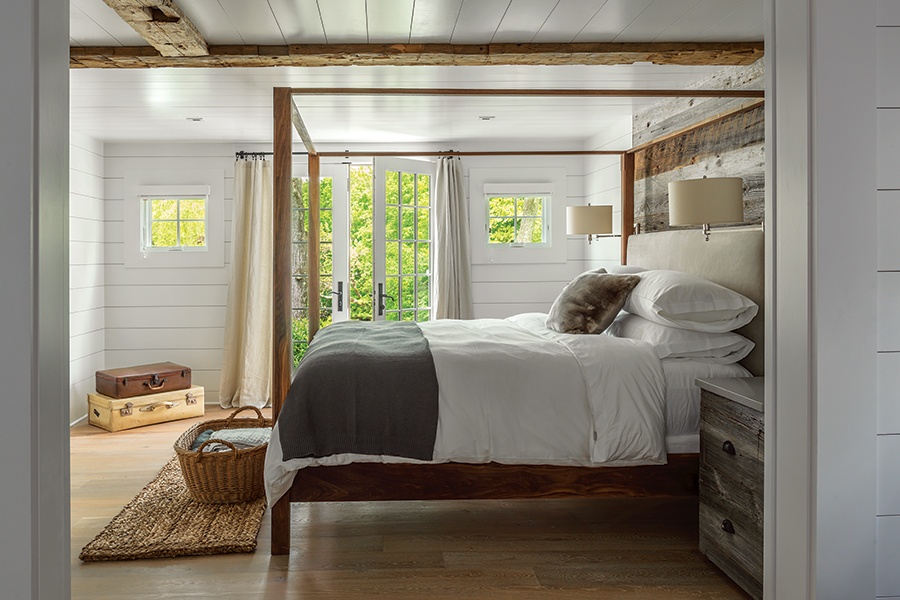 Shiplap walls and reclaimed-wood beams accent the Webster suite. “[Our] aesthetic mixes the effortlessness of French [style] with the utilitarianism of old English design,” Glazer says. / Photo by Peter Margonelli 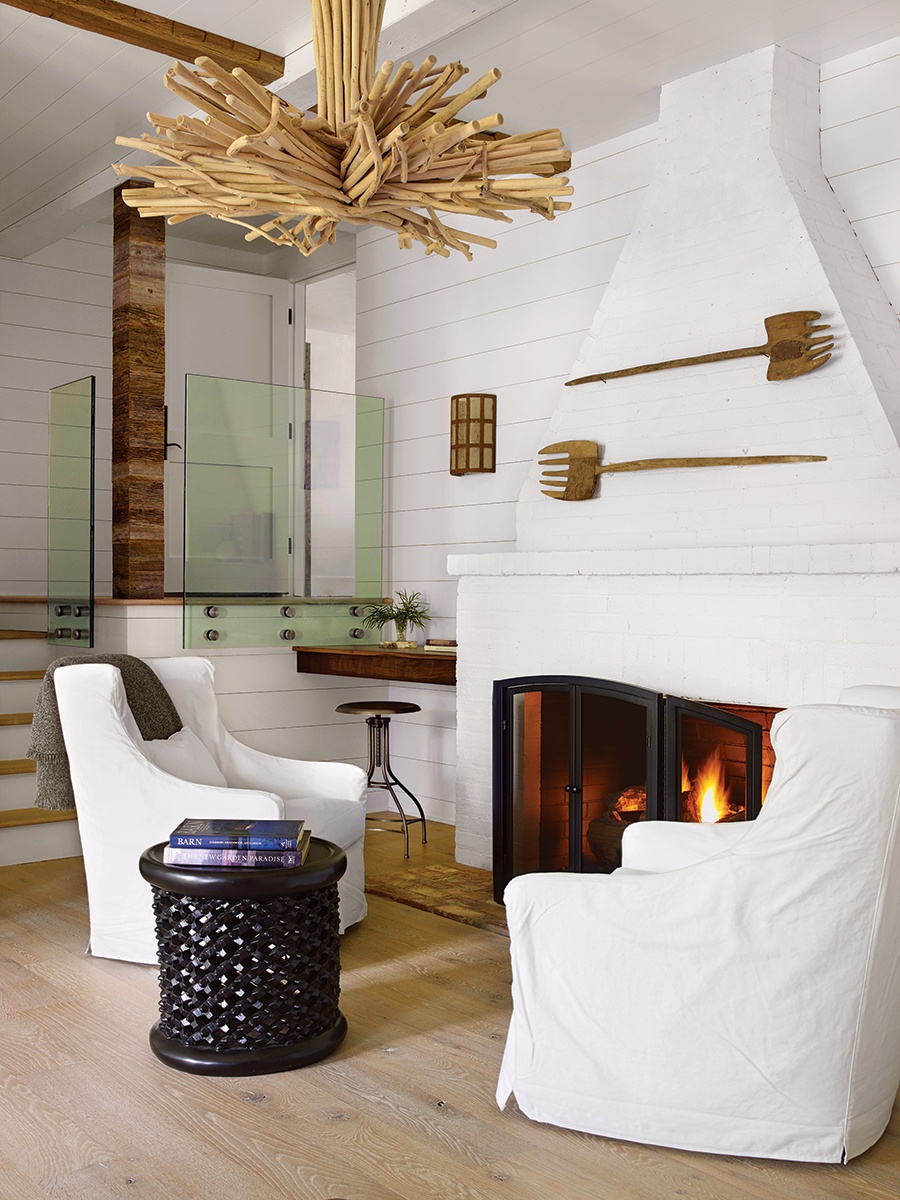