Get the Royal Treatment This Summer at The Richard 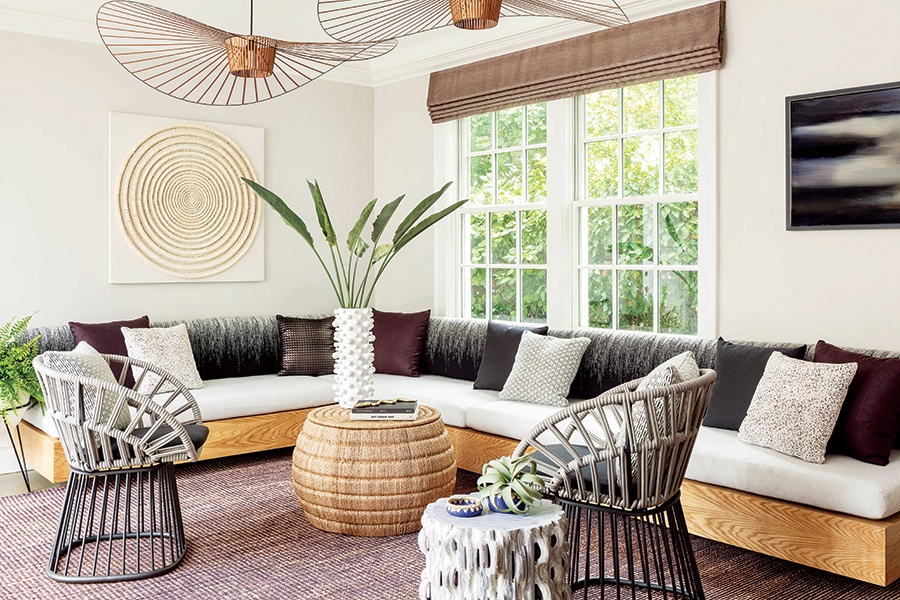 Artists don’t typically title their masterpieces before they create them, but that’s exactly the approach local hoteliers Charles and Anne Hajjar took when it came to the Richard—a new boutique property that bears (and draws inspiration from) the name of their youngest son. “Richard stems from Germanic roots, and means ‘strong’ and ‘rule,’” says Boston-based interior designer Rachel Reider, whom the Hajjars hired to bring the Edgartown space to life. “We wanted to incorporate [that] into the design.” Also on Reider’s to-do list? Working in natural materials, such as seagrass and rattan, that would point to the Richard’s Vineyard locale.

Come for: Modern design with nods to coastal living
Stay for: The Lather bath products and kimono robes

Opened in partnership with Lark Hotels in 2018, the finished space feels at once sophisticated and light. To “create a royal escape” that wouldn’t read “overly themed,” Reider opted against using on-the-nose shields or crowns in the décor, favoring instead a neutral, island-friendly color palette with pops of purple “to reference that regal [vibe],” the designer says. The trend continues in the furnishings, which also evoke a kingly-meets-coastal air: The Kettal chairs in the lobby “look like abstracted thrones,” Reider explains, while stately brass bedside tables and other metallic elements contrast the beachy, organic textures of the window treatments and wallcoverings. “These elements together are an unusual pairing, but they complement each other,” Reider says. 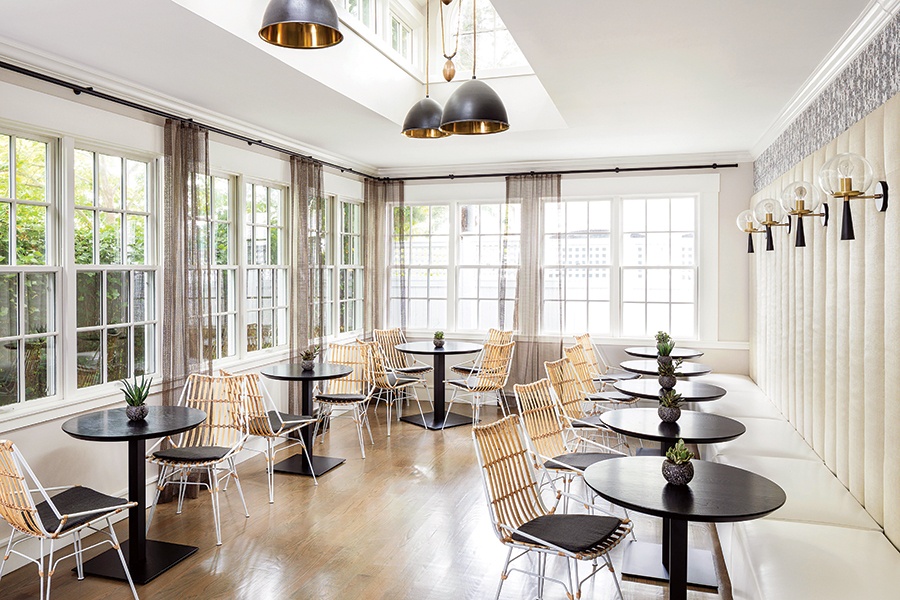 The Richard serves complimentary breakfast each morning in its sunny dining space, dressed up with driftwood accents and sheer drapery. / Photo by Read McKendree 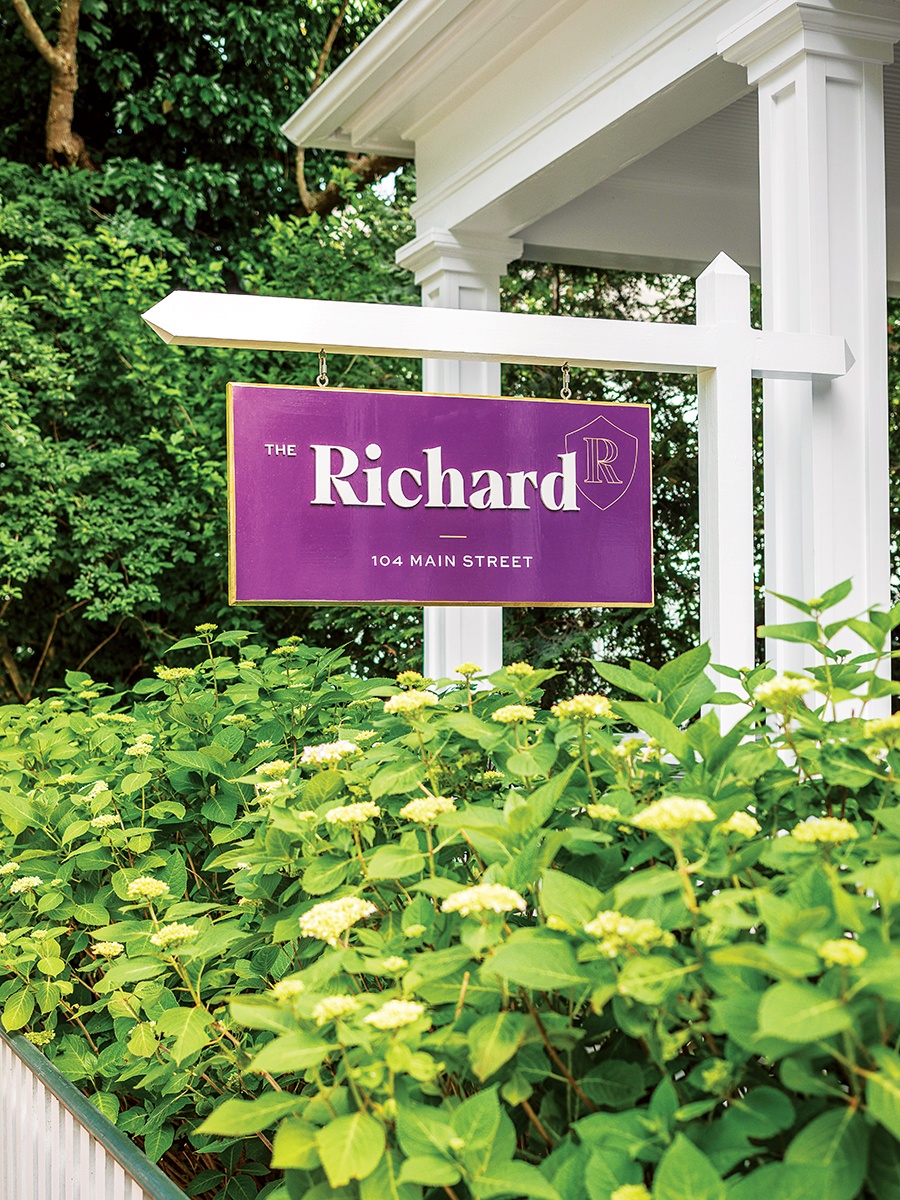 Formerly the Point Way Inn, the Richard welcomes guests from May through October. / Photo by Read McKendree 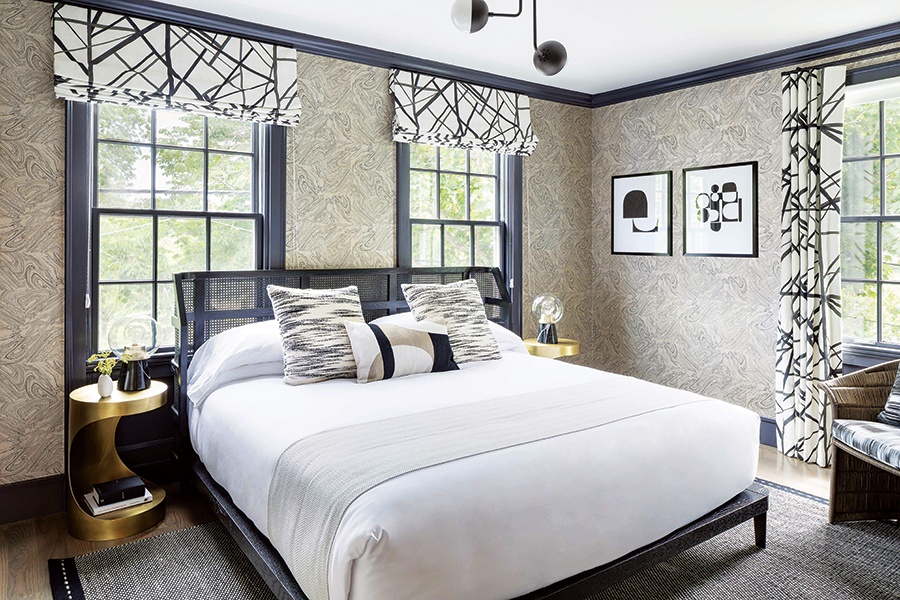 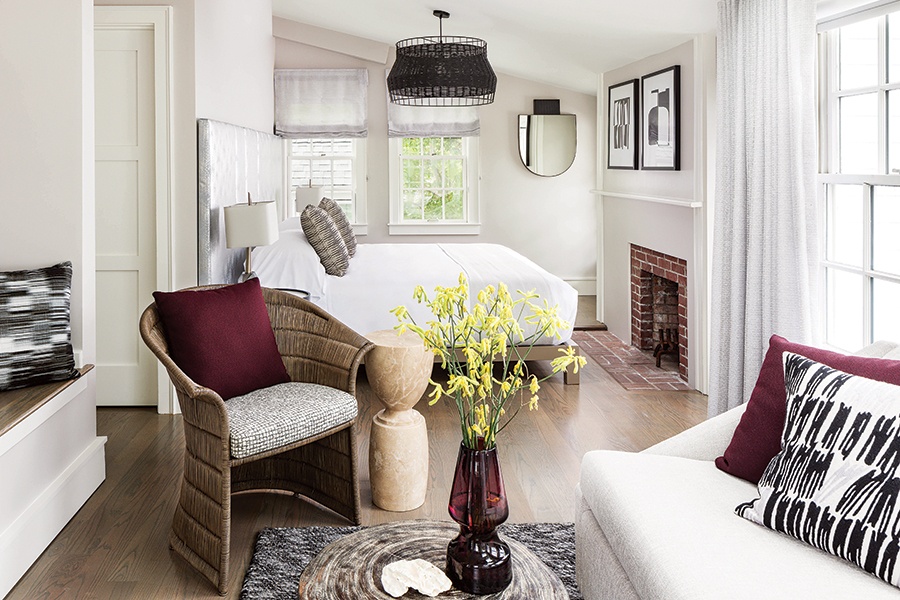 The 290-square-foot King Suite balances a mostly white palette with pops of black and purple. / Photo by Read McKendree