The History of the Hatch Shell: 79 Years of Summer Sounds

How the Hatch Shell helped bring music to the masses. 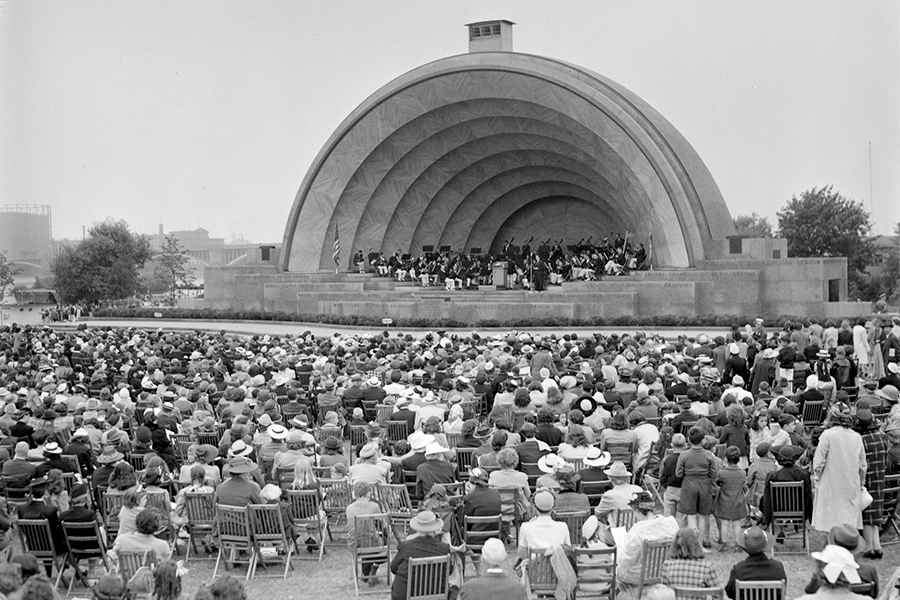 A concert circa 1940, the year the Hatch Shell made its debut. / Courtesy of Boston Public Library, Leslie Jones Collection

Every summer, Bostonians tote blankets and beach chairs to the Edward A. Hatch Memorial Shell, the open-air venue on the Esplanade that hosts free concerts, from Wednesday night performances by the Boston Landmarks Orchestra to the annual Boston Pops Fireworks Spectacular. Crowned by a 40-foot-high shell inlaid with an intricate sunburst design, the art deco structure is pretty spectacular itself.

But on July 4, 1929, when pioneering Pops conductor Arthur Fiedler led the first of many performances on the Esplanade, musicians accustomed to Symphony Hall’s gilded stage made do with makeshift digs. Fiedler had gotten the idea for a free concert series during a walk along the Charles, and a temporary wooden bandshell was built to accommodate more than a month of near-nightly concerts that first season. Carpenters then disassembled the barnlike shell, which would be hammered back into shape for the next four summers. A new shell replaced the worn-out one in 1934, but it wasn’t built to last either: A hurricane blew out the back in 1938.

Funds for a permanent solution were hard to find during the Depression, though the downturn didn’t dampen enthusiasm for the free concerts. Attendees wrote hundreds of letters of appreciation to Fiedler, who told the Globe in 1934 that the music “appears to have been welcomed by many during the Depression as something quite important to their daily lives.” What Fiedler didn’t realize was that funding for a new structure already existed. In 1926, when Back Bay heiress Maria Hatch died, she left $300,000 for a “park, playground, or memorial” to honor her late brother, Edward, and “minister to the public need for a beauty spot.” But the trustee she’d selected died, too, and the money sat unused until Attorney General Paul Dever discovered the trust in 1935. Court-appointed trustees considered several projects—a planetarium was deemed too pricey—before settling on a shell for the Esplanade, aiming to create a “permanent landmark of architectural beauty.” 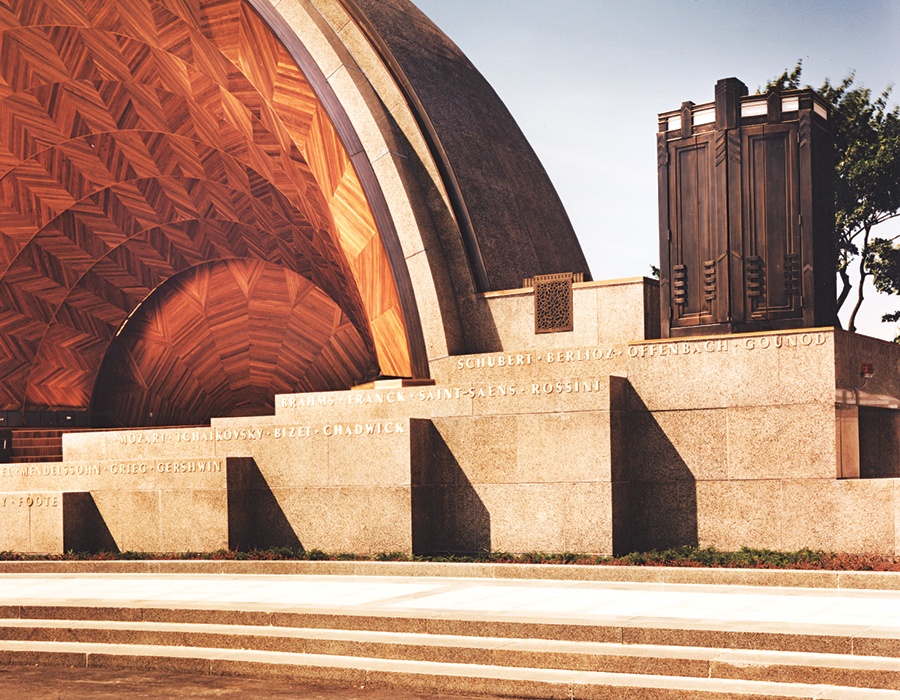 A group of musicians, music writers, and concert-goers voted to select which composers’ names would adorn the granite base. / Photo by Finegold Alexander Architects

To that end, they tapped Richard J. Shaw, a Boston architect who specialized in churches, though this secular gathering place would be his greatest design. Licensing a patented German structural system for the concrete shell, he clad the exterior in rustic terrazzo, inlaid the interior with acoustically pleasing teak, and adorned the 72-foot stage with a granite base emblazoned with the bronzed names of famous composers. Behind the scenes, he installed stainless steel and frosted-glass fixtures, bedecking dressing areas in art deco glamour.

On July 2, 1940, a crowd of 20,000 gathered for the big debut, a program that began with Beethoven and ended with “The Star-Spangled Banner.” Some called the shell a “concertorium,” coining a new word for the occasion. Fiedler called it a dream come true. He conducted there over the next four decades, drawing a record-breaking audience of 400,000 for the bicentennial celebration in 1976.

Maintaining a venue exposed to the elements is no easy feat. Finegold Alexander Architects led the first major renovation in 1990, when the Hatch Shell marked its 50th anniversary. The project replaced cladding ravaged by freeze-thaw cycles, restored dressing areas long abandoned due to water damage, and, of course, fine-tuned the acoustics. That meant replacing all 20,000 pieces of deteriorated teak inside the shell. Working with hand tools in the dead of winter, local craftsman Howard Brickman re-created the curved panels’ herringbone pattern with black-and-white photos as his guide. The painstaking work paid off. “If you go up there and stand at the podium and speak at a normal speaking voice, you can be heard out in the audience,” Brickman says. “It’s really cool.”

Nearly three decades later, renovations are again under way. The Department of Conservation and Recreation is tackling interior projects over the next few years, and the restoration of the shell’s roof was completed in 2018, when more than 600 new terrazzo panels were pieced together like a giant jigsaw puzzle. Three-dimensional laser scans of the shell ensured a more watertight fit between panels, which should help prevent weather damage—and keep a Boston beauty spot looking good for years to come. 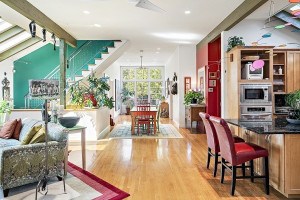 On the Market: A Sunny Single-Family Home in Cambridge