Where to See I.M. Pei’s Buildings around Boston

Here are four sites to spot the influence of the legendary architect I.M. Pei. 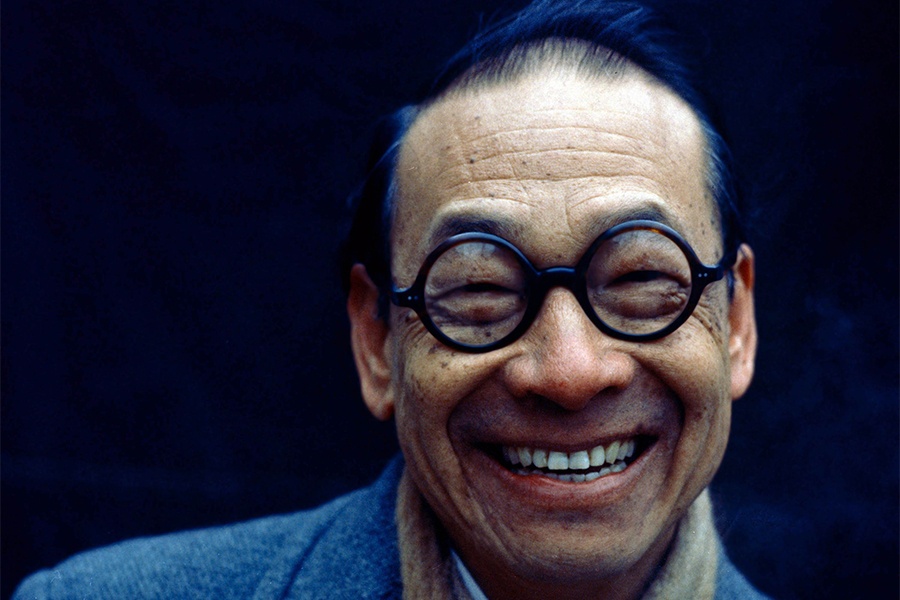 Design fans all over the world are mourning the passing of prolific architect I.M. Pei at 102 years old. Though his most widely-known project may be the Louvre’s iconic glass pyramid, Bostonians with a keen eye can find many of his designs within our city limits. Having studied at MIT and Harvard, Pei learned and lived in the area, and his legacy lines many of our streets. While Pei worked on all the the below projects as the principal architect, Henry Cobb and others at his firm I.M. Pei & Associates also carefully planned masterpieces such as Harbor Towers, the 200 Clarendon (formerly Hancock Tower), and the Christian Science Center Administration Building, all of which landed on our list of Boston’s 100 best buildings.

Take a gander at some of the acclaimed designer’s local works, and next time you bustle by one of them, take a moment to pause and thank Pei for his thoughtful, modernist contributions to the city. 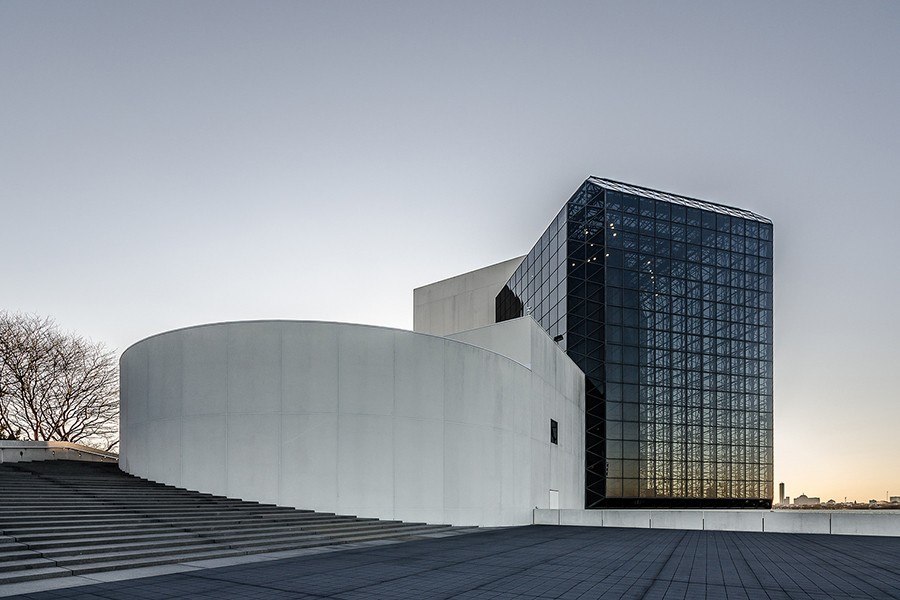 Constructed in 1979, concrete and glass make up this geometric structure, which sits on ten acres of park in Dorchester’s Columbia Point. As JFK’s presidential museum and library, the distinctive building houses abundant archival materials from Kennedy’s time in the White House, as well as an extensive collection of original Ernest Hemingway manuscript materials, donated by his wife Mary Walsh Hemingway. 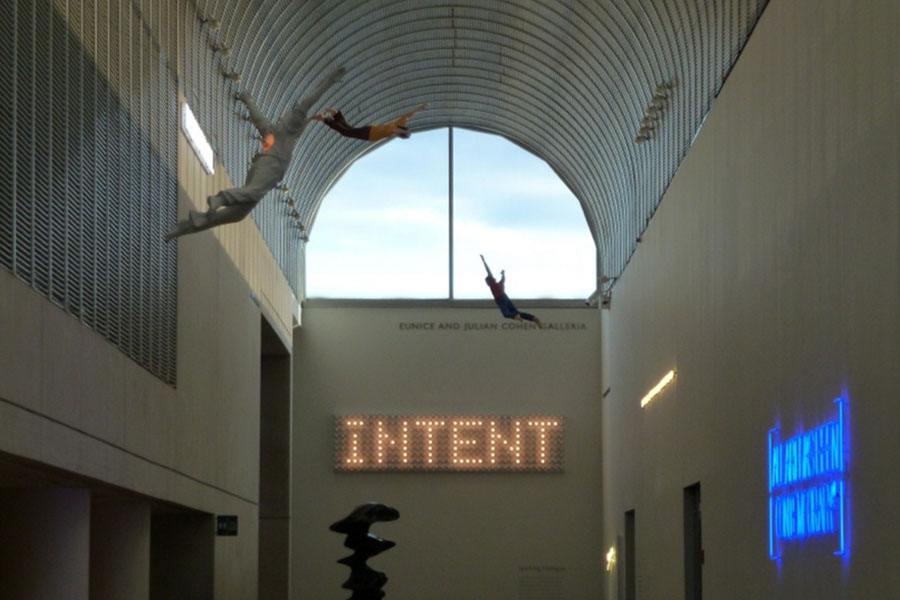 Photo by Leslee_atFlickr via Flickr/Creative Commons

The West Wing of the Museum of Fine Arts

As Boston’s most comprehensive art museum, and one of the largest in the country, the MFA is at the top of any tourist’s list. Wander through the large atrium into the western side of the institution to find the West Wing, now called the Linde Family Wing for Contemporary Art, an architectural masterpiece in a sea of art. Completed in 1981, the extension showcases contemporary art throughout seven galleries, carrying Pei’s innovative legacy forward. 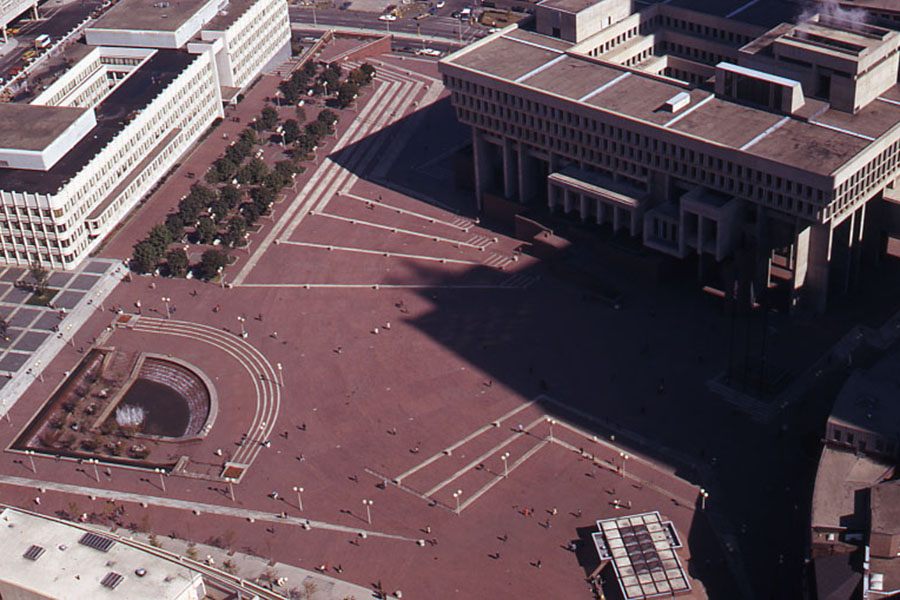 Photo by City of Boston Archives on Flickr/Creative Commons

If you’ve ever ice skated in, power-walked through, or paused to enjoy the sun in City Hall Plaza, you’ve experienced a piece of Pei history. In the 1960s, I.M Pei & Associates was responsible for rethinking the whole of what is now Government Center, while the central plaza—then paved with brick—was Pei’s brainchild. Though the space has since been redesigned, the site of Boston’s brutalist nerve center still harkens back to Pei. 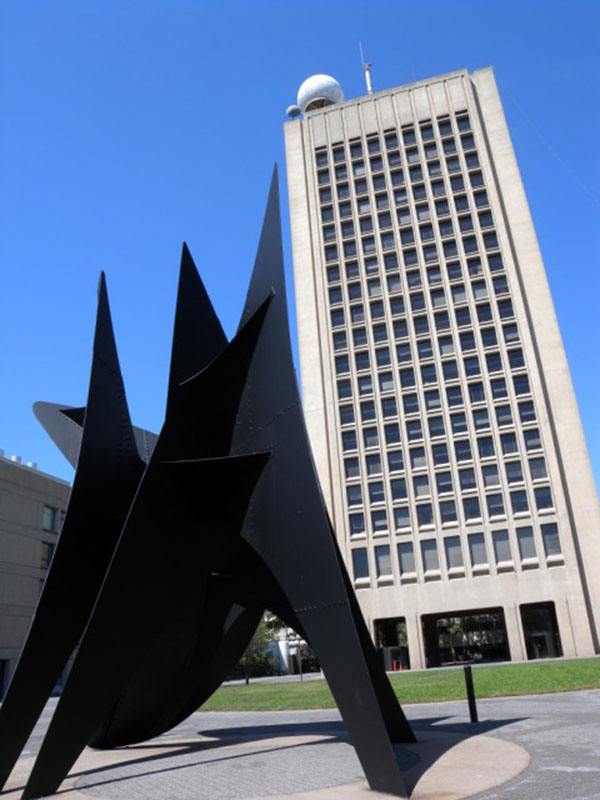 Photo by Misterdom via Flickr/Creative Commons

The Green Building at MIT

Cambridge’s second tallest building (after another MIT construction) was also built according to Pei’s plans. Home to the university’s departments of atmospheric, planetary, and geo sciences, the 21-story building is impressive in stature and scientific significance. The many-windowed academic building was completed in 1964, more than two decades after Pei received his own Bachelor’s degree from the prestigious university. The architect also designed a series of other buildings for the university’s Cambridge campus, including the long and low modernist Dreyfus Building, which houses the Department of Chemistry. A 2003 renovation sought to bring more light to the inner laboratories, but the structure still stands as a testament to Pei. MIT-goers can also glimpse his thinking in the Weisner Building, home to the arts and media center, and the aerodynamic Ralph Landau Building for chemical engineering.