A Modern, Black Kitchen in Cambridge

Ruhl Studio Architects relocated the kitchen in this 19th-century home to a brighter, central location. 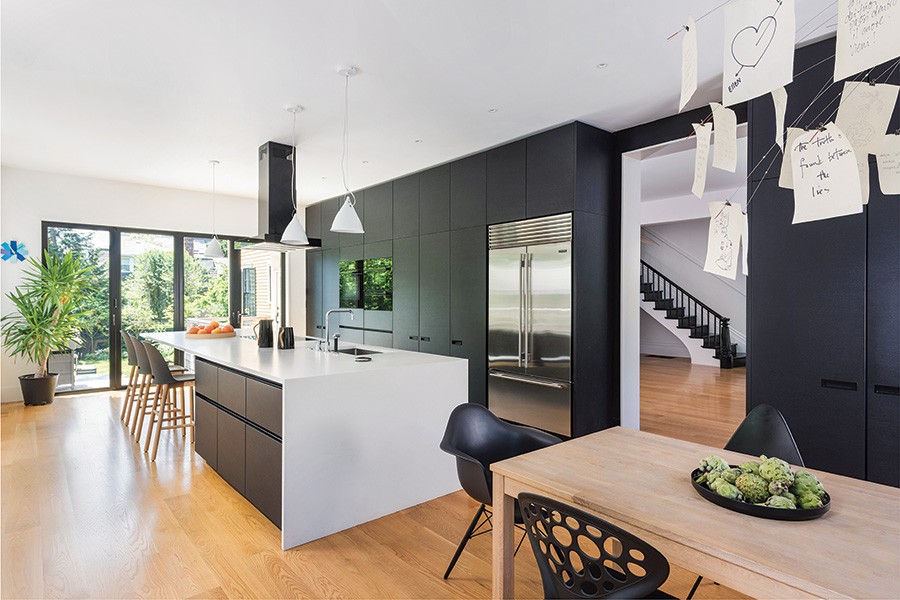 Ellen Teunissen-Kooloos first spotted this 19th-century home on Zillow while she and her husband were preparing to move from Paris to Cambridge. Although they were on the hunt for a modern abode, she knew the dilapidated Victorian had to be theirs as soon as she saw it. “Within six days, we suddenly were the owners of this very old house on this little street that needed lots of work,” Teunissen-Kooloos says.

While she remained in Paris, Ruhl Studio Architects—for whom Teunissen-Kooloos now works—and Sea-Dar Construction got started on renovations. After rebuilding the home’s foundation, which had become uneven over the years, the team set out to move the kitchen from a cramped and enclosed space at the back of the house to a central location off the living room and the backyard. Connected to the back deck with a glass bi-fold door by NanaWall, “[the kitchen] is now the [lightest] room in the whole house,” Teunissen-Kooloos says. 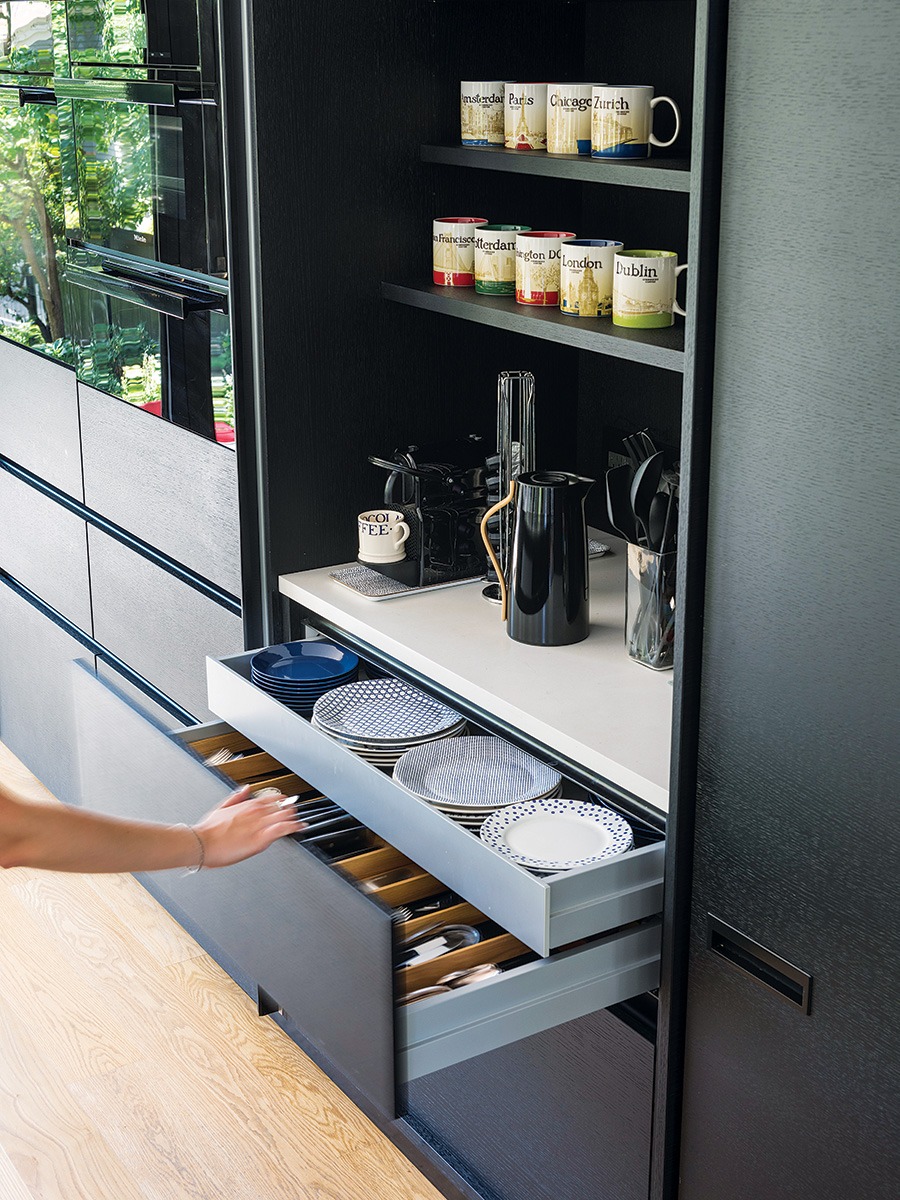 Teunissen-Kooloos requested storage for everything from coffee to cleaning supplies. The chosen Leicht cabinetry conceals drawers and prep surfaces behind retractable doors. / Photo by Nat Rea / Styling by Michele Snow 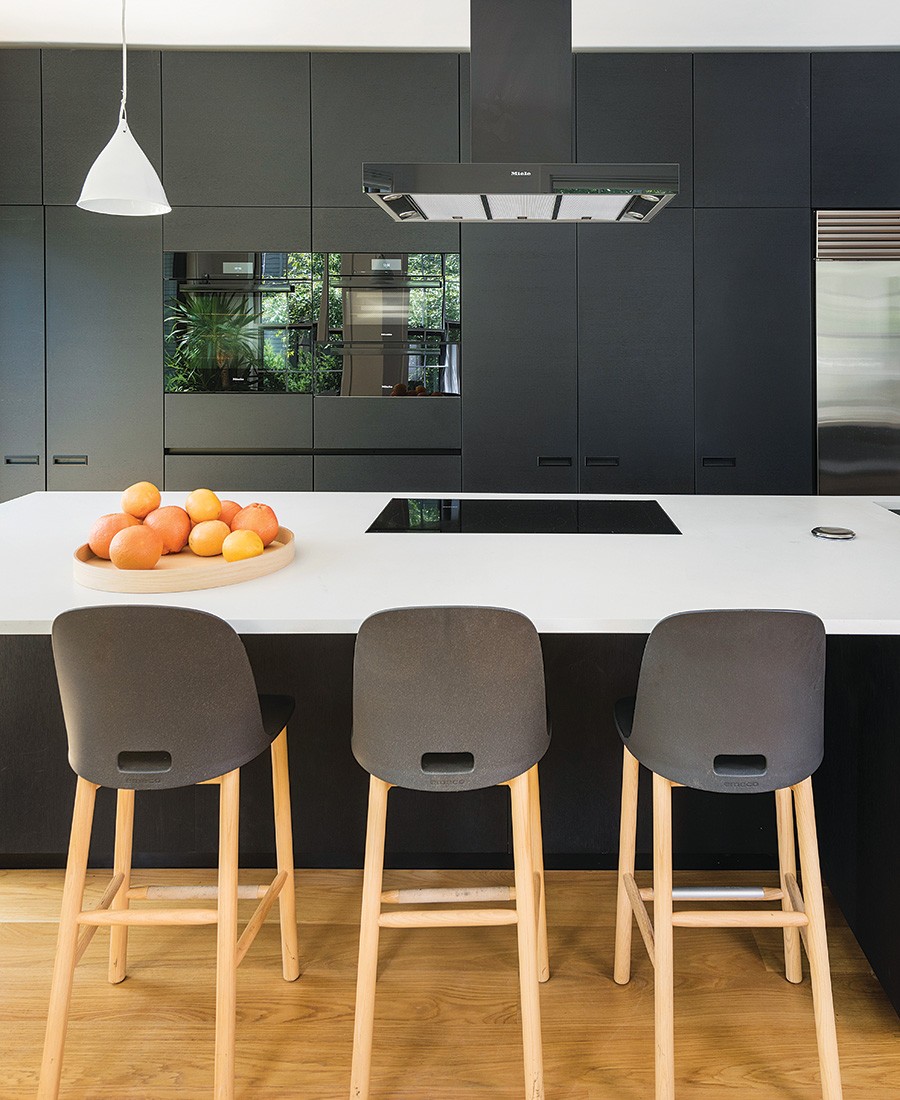 When it came time to furnish the 540-square-foot space, its new, brighter location drove the color scheme. While the rest of the house features a primarily white palette, abundant sunlight in the space freed up the design team to include a hefty dose of black in the form of a Leicht unit with retractable doors and a textured oak-anthracite finish. “We looked at some lighter wood and medium-gray wood veneers, but the one that really excited Ellen the most was this very dark stained-wood veneer,” architect Will Ruhl says. Above the oak dining table, an Ingo Maurer light fixture plays off the room’s monochrome aesthetic with a canopy of wire-suspended love notes written in different languages on paper. While some of the notes were supplied, others were penned by the homeowners. “We’ve had a lot of moments where, when people sit at our dining table, they’re looking for [a note in] their own language,” Teunissen-Kooloos says. “The light [fixture] is living with us.” 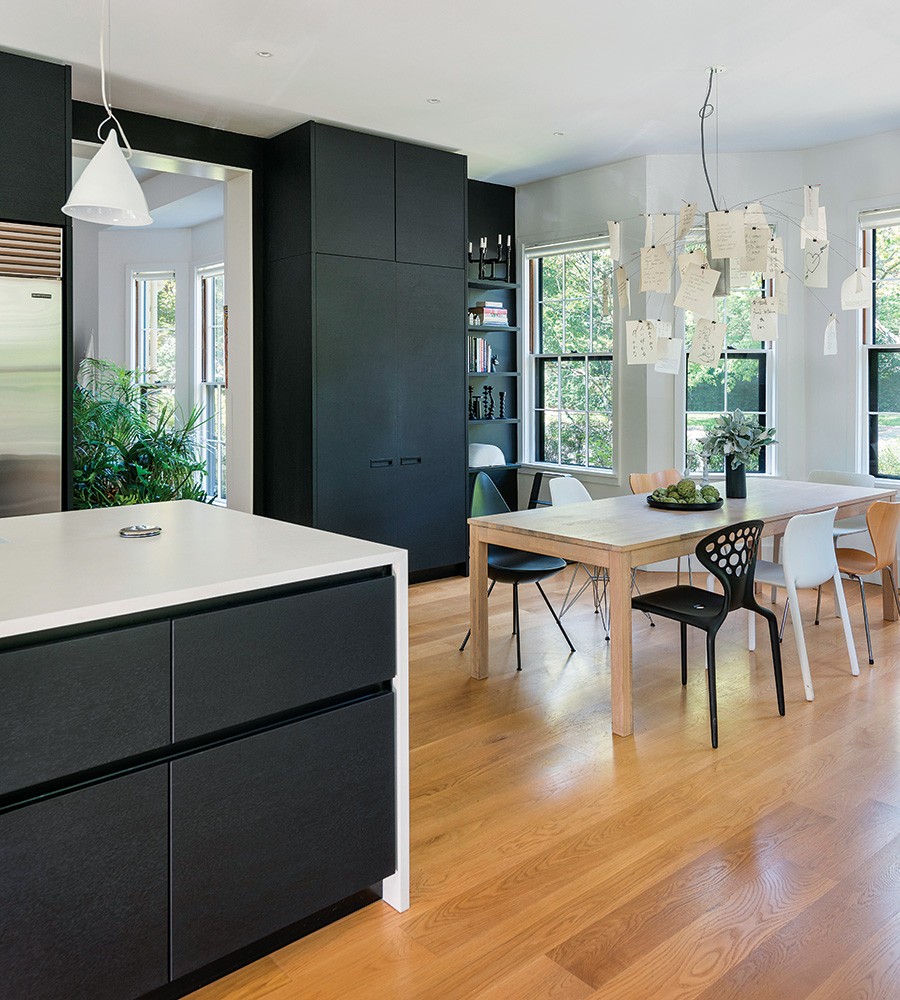 Windows to the front yard give passersby a glimpse of the Ingo Maurer light fixture. “It looks quite different from the outside,” Teunissen-Kooloos says. “I can imagine [people saying] ‘What is that thing?'” / Photo by Nat Rea / Styling by Michele Snow 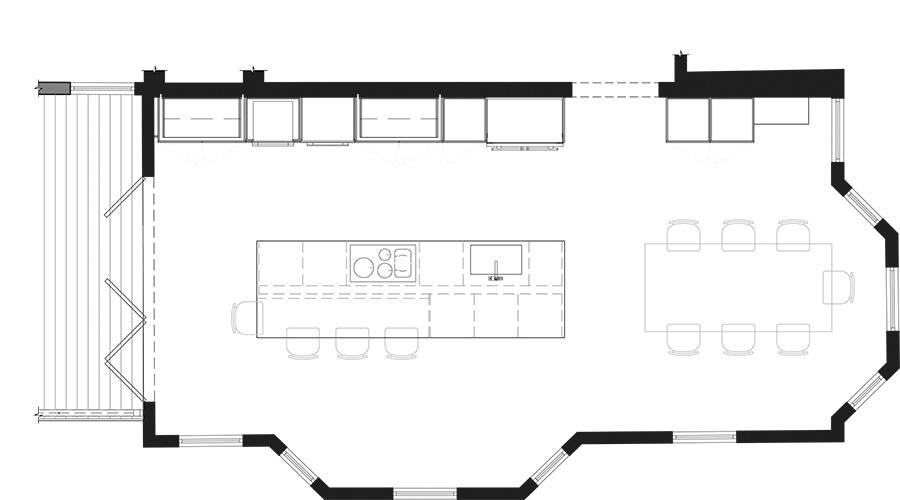 “The kitchen was organized so multiple people could be working at once, [with] plenty of space between the island and the wall of cabinetry,” Ruhl says.

See the rest of the Kitchens Guide 2019.