A Space-Saving, Navy Kitchen in the South End

The elegant navy blue palette and rich woods in this compact kitchen create a playful, yet functional, space. 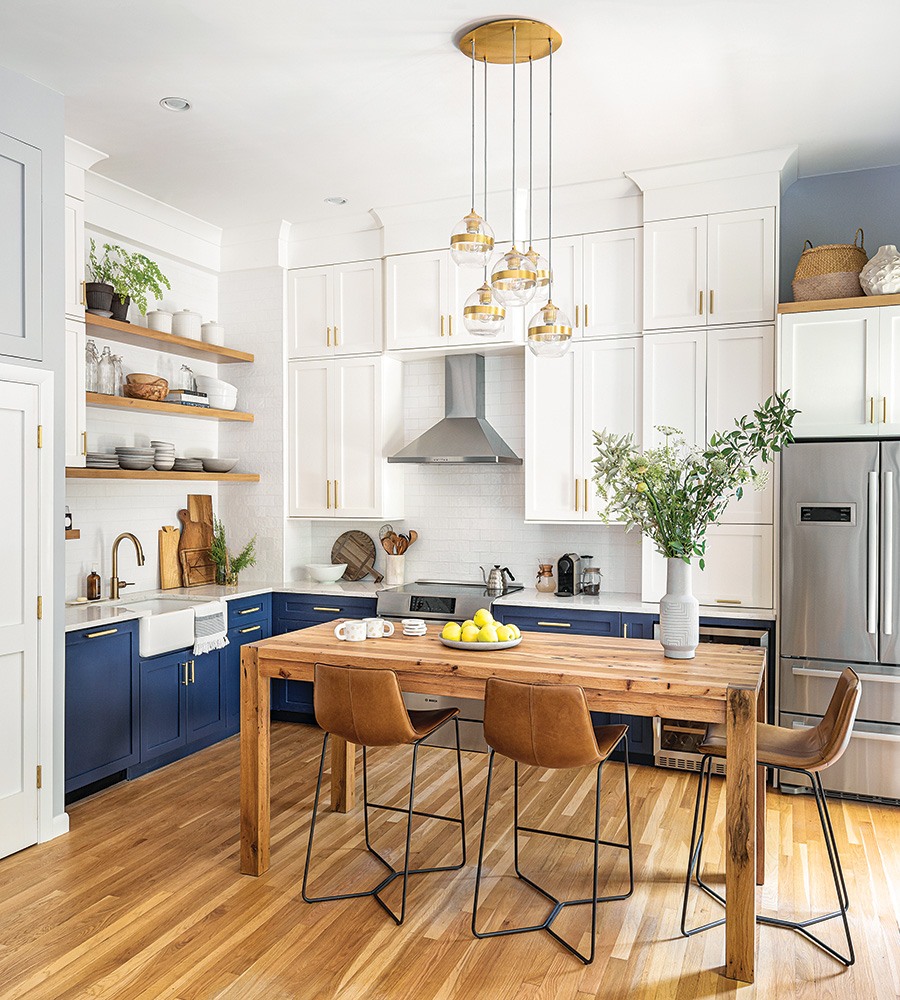 Barstools with low backs keep the sightline clear and can be tucked away under the island when not in use. A chandelier with clear glass globes wrapped in bands of brass adds sparkle above. / Photo by Michael Lefebvre / Styling by Darcy Hammer/Anchor Artists

At 755 square feet, Margaret Kelsey and Ben Tatkow’s new South End condo had nary an inch to spare. And the kitchen, comprising a stubby peninsula and an uninspired collection of tiny brown cabinets shoved into a corner, was no exception. “There needed to be drastic changes,” Kelsey says.

So the couple hired KitchenVisions founder Jodi Swartz, who helped the young professionals reimagine their cramped space. For finishes, the designer took cues from images Kelsey had been collecting for the past decade, curating a classic blue palette inspired by Kelsey’s childhood home. Swartz also planned to use rich woods informed by existing floorboards, as well as brass and bronze accents. “I wanted it to feel youthful and inviting,” she says.

With those goals in place, the designer reworked the layout into a 158-square-foot, L-shaped configuration—ditching the peninsula for an island and extending the cabinetry both vertically and horizontally. Base cabinets—painted with Sherwin-Williams’s “Naval”—now ground two rows of crisp-white uppers, which stretch to the 11-foot ceiling. “Our camping gear is stowed away up there,” Kelsey says of the top compartments. A skinny stack of cubbies for wine and books, meanwhile, captures the narrow strip of dead space between the refrigerator and window. On the other side of the kitchen, a trio of distressed-wood shelves spans the area above the apron-front sink, which sits next to a new hiding spot for a stacked washer and dryer. “I love working with small spaces,” Swartz says. “It’s satisfying to give people so much function.” 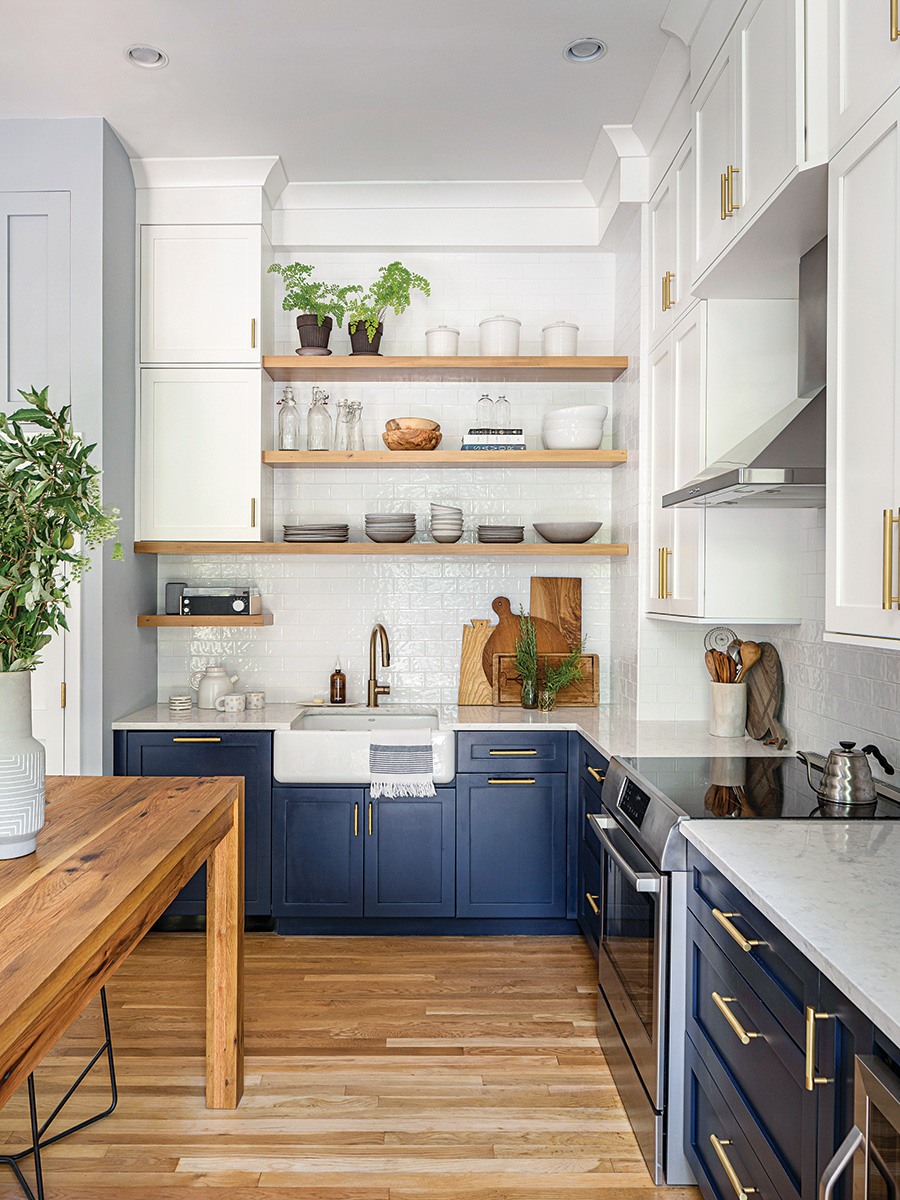 Made from 150-year-old red and white oak salvaged from a tobacco barn in Virginia, a counter-height island serves double duty as a prep surface and dining table. “We marked the size of the island with tape to be sure we could sit, prep, and walk around it,” Kelsey says. / Photo by Michael Lefebvre / Styling by Darcy Hammer/Anchor Artists 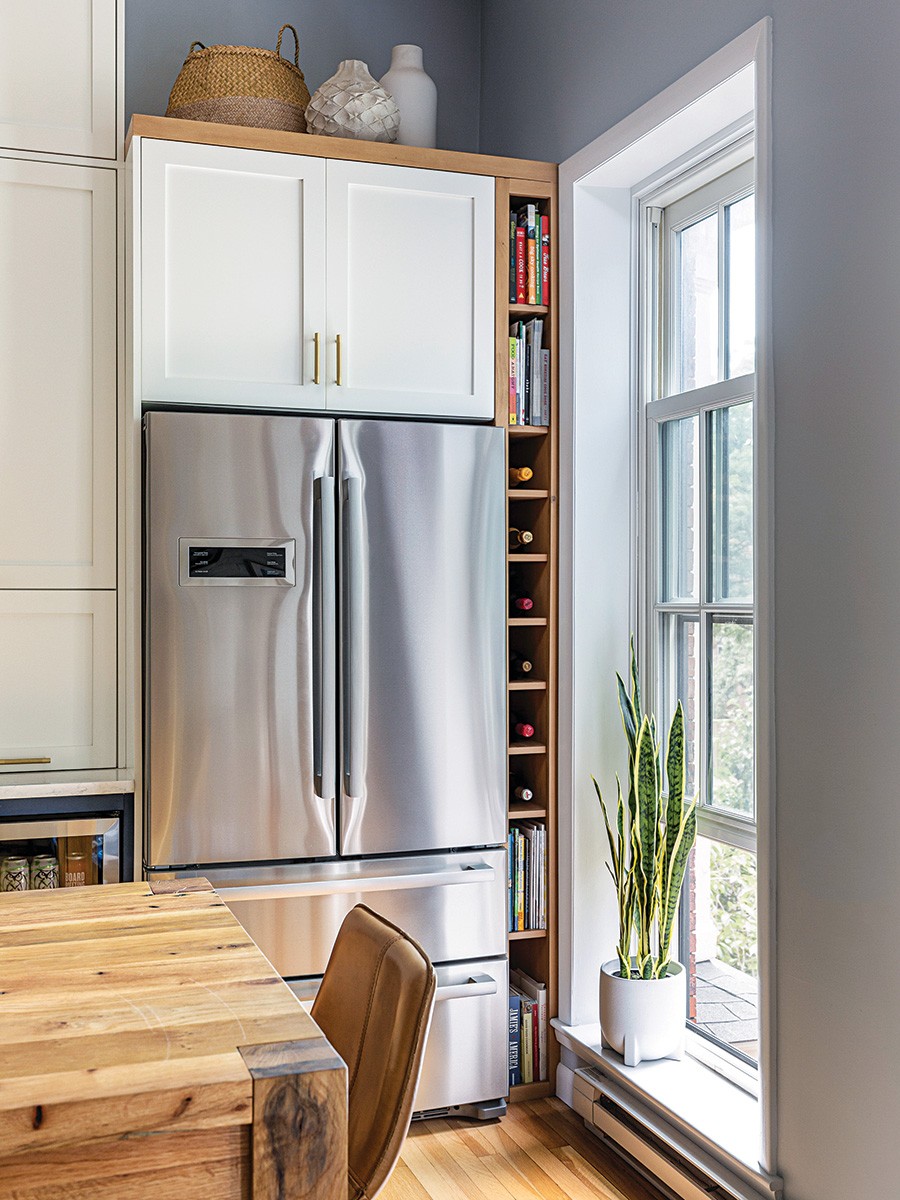 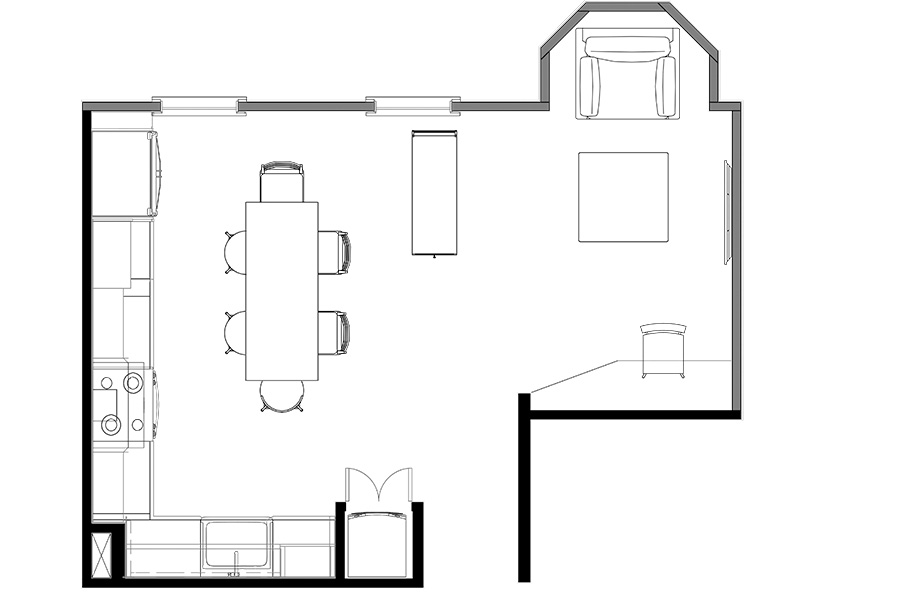 While floor space was limited, volume was not. “We wanted to embrace the height,” Kelsey says of the condo’s 11-foot ceilings.

See the rest of the Kitchens Guide 2019.