A $60 million deal is in the works between the university and the luxury downtown hotel. 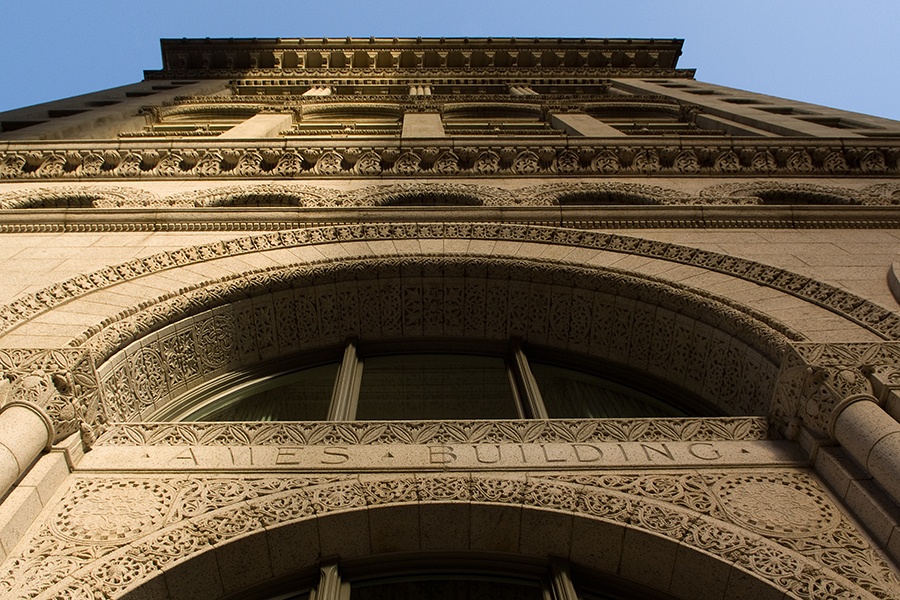 With its skyline views, modern furnishings, and spot on the National Register of Historic Places, the Financial District’s Ames Hotel is a far cry from a beer-soaked, twin-bedded dormitory—but soon, Suffolk University undergrads might be calling the luxe hotel home.

A Suffolk representative confirmed to Boston that the university has entered into an agreement to purchase the historical hotel and convert it into a residence hall. While the sale is not yet sealed, and the hotel has not announced its closure, the Ames’ online reservation system does not permit users to book rooms after this September.

“We are excited about the opportunity to expand University housing for our students in the core of our downtown Boston campus, while also being responsive to the city’s goals around university-operated student housing,” a spokesperson for the university says.

What’s the price tag on a luxury historical hotel steps from the Freedom Trail? People familiar with the deal told the Boston Globe that if the deal goes through, the university will shell out somewhere between $60-70 million for the 114-bed property—a bargain compared to what Suffolk would have had to pay to construct its own dorm downtown. Suffolk reportedly beat out several hotel operators who were also bidding on the Ames.

The hotel, which opened nine years ago, is located in an architectural landmark. At 196 feet, the Ames Building is the tallest masonry building designed in U.S. history, and upon its opening in 1889, it was considered by many to be Boston’s first skyscraper. The building’s most distinctive feature is its intricately-carved Byzantine façade. However, the hotel isn’t all old-world—thanks to extensive renovations in 2007, the Ames boasts plenty of slick, modern amenities, including platform beds, in-room fireplaces, and glass and marble bathrooms.

In acquiring the Ames, Suffolk would creep closer to its goal of housing half of its 5,000 full time undergrads, a directive issued to all universities by the Walsh administration in an attempt to free up more apartments in the city’s competitive rental market. Currently, Suffolk houses about 30 percent of its student body in apartments, suites, and double and triple rooms across a variety of buildings in the Downtown area. Last year, the university also began leasing a former Boston University dorm in Allston as temporary student housing, in an attempt to disperse student housing outside of the city center. But the facility received mixed reviews from students, who appreciated the dorm’s upgraded amenities but felt disconnected from the rest of the Suffolk community.

The Ames’ prime location and rich history would certainly catch the eye of prospective students and competing universities alike. To put the plan into action, Suffolk will need to undergo a community review process and earn the approval of the Boston Planning and Development Agency. If all goes according to plan, the university hopes that the dorm will be ready for students to move in for the 2020-21 school year.