What’s a medieval castle doing on the North Shore? 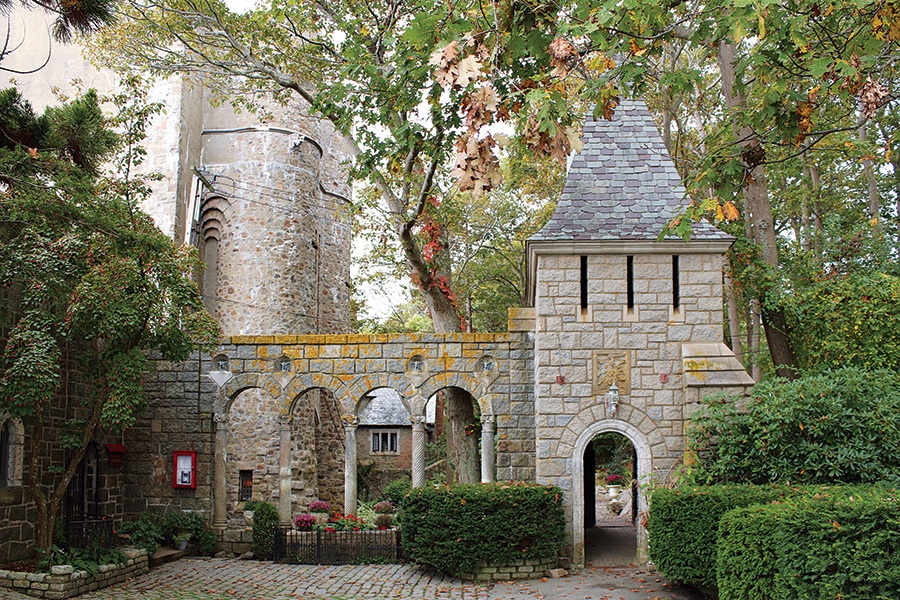 The coast of Cape Ann is dotted with impressive estates, but none quite like that of John Hays Hammond Jr., who took the adage “A man’s home is his castle” literally. Drawbridge? Check. Flying buttresses? You bet. A bell tower? Its chimes rang on the hour, much to the chagrin of his neighbors. A protégé of Thomas Edison and Alexander Graham Bell, Hammond was an inventor who amassed more than 800 patents, dreaming up everything from radio-control technology to electronic musical instruments. But the man behind those new-fangled innovations had a penchant for the past, and his Gloucester home and laboratory would be his wildest design.

Constructed between 1926 and 1929, Hammond’s Abbadia Mare—his “abbey by the sea,” as he called it—was ostensibly a wedding present for his wife, Irene. But she couldn’t have cared less about medieval architecture; that was Hammond’s passion, sparked by encounters with castles during his tween years studying in England. It would be a lifelong fascination. “In a few years after I am gone, all my scientific creations will be old-fashioned and forgotten,” he wrote in 1924. “I want to build something in hard stone and engrave on it for posterity a name of which I am justly proud.” 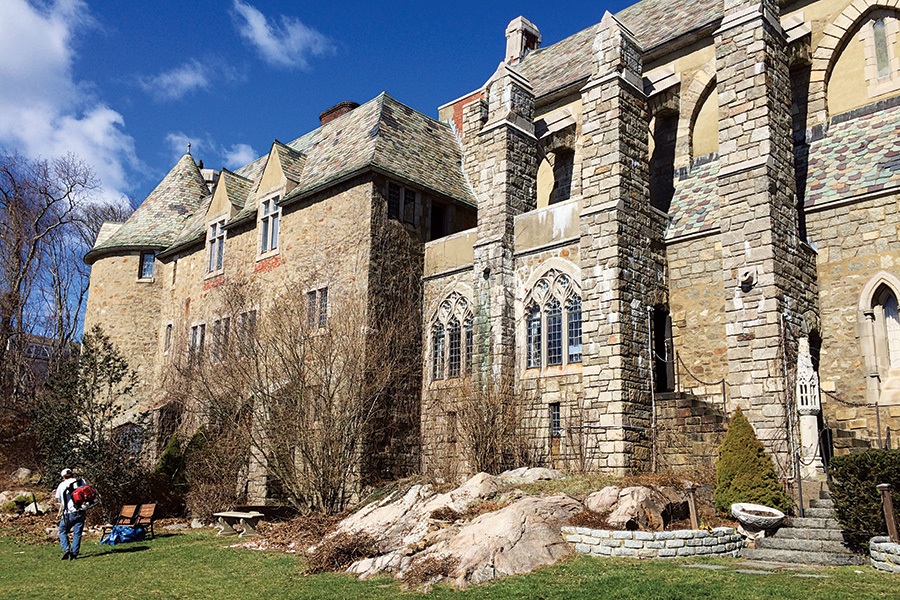 Hammond hired Allen & Collens—a Boston architectural firm that specialized in Gothic Revival projects—to oversee construction, but the vision was very much his own. He scoured Europe for architectural salvage, buying up archways, façades, windows, and wall panels from the rubble of World War I. These centuries-old artifacts were incorporated alongside new construction materials (including wood intentionally weathered with seawater for an old-timey look). The result so impressed John D. Rockefeller, an avid art collector, that the tycoon used it as a model for the Cloisters in New York—the only museum in the United States to exclusively showcase art from the Middle Ages.

Hammond’s home is full of surprises. Take the 100-foot-long Great Hall, adorned with a rose window, a fireplace from 15th-century France, and an alcove where he liked to read late into the night. But this wasn’t just a grandiose living room; it was also a concert hall and a recording studio. The rippled stone walls were designed with acoustics in mind and surround what was once the hemisphere’s largest organ—complete with 8,400 pipes—installed in a private residence. Top musicians of the day were invited to play the grand instrument. 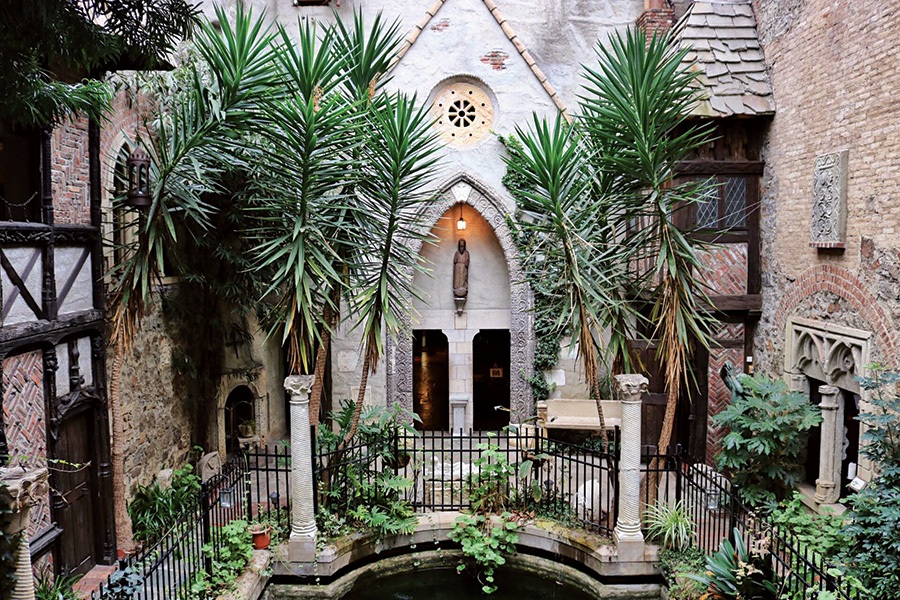 Tropical plants grow in the courtyard, which features an archway made from Mount Vesuvius lava rock. / Photo courtesy of Hammond Castle Museum

A few steps away is the home’s second centerpiece, the courtyard, another space with secrets. Hammond was inspired by his friend Isabella Stewart Gardner’s lush oasis at Fenway Court, but he wanted his version to have a couple of additional features. The most obvious is the 30,000-gallon pool, dyed bright green to disguise its nearly 9-foot depths. (Hammond would tell guests it was only a few feet deep—and then startle them by diving in.) The courtyard’s most unusual feature, though, was its weather system of lights and pipes, which allowed Hammond to summon sunlight, moonlight, fog, or a heavy downpour on demand. Guests lingering too long in the courtyard at dinnertime might find themselves suddenly drenched.

Indeed, visitors soon realized that the home was designed to abet Hammond’s prankish personality. Guests lounging in the library learned that the round room’s domed ceiling catches and amplifies sound, helping their host eavesdrop (and comment) on whispered conversations. First-time overnight visitors had to brave the Early American bedroom, named for its many antiques, though they were hardly its distinguishing detail. There were no door handles inside the room, so occupants would find themselves trapped by seemingly seamless wallpaper—and have to shout for help to be directed to a hidden button that opens the doors.

Guests included boldface names such as Walt Disney, Cole Porter, and Ethel Barrymore, but the general public got to see Hammond’s treasures, too, as much of the home operated as a museum during his lifetime. Hammond Castle remains one today, offering tours from May through September—and transforming into a haunted house every October. Hammond, who loved a good scare, would surely approve.