These Are the Best Places to Raise a Family in Massachusetts

Young families should flock to these towns and cities, according to LendingTree. 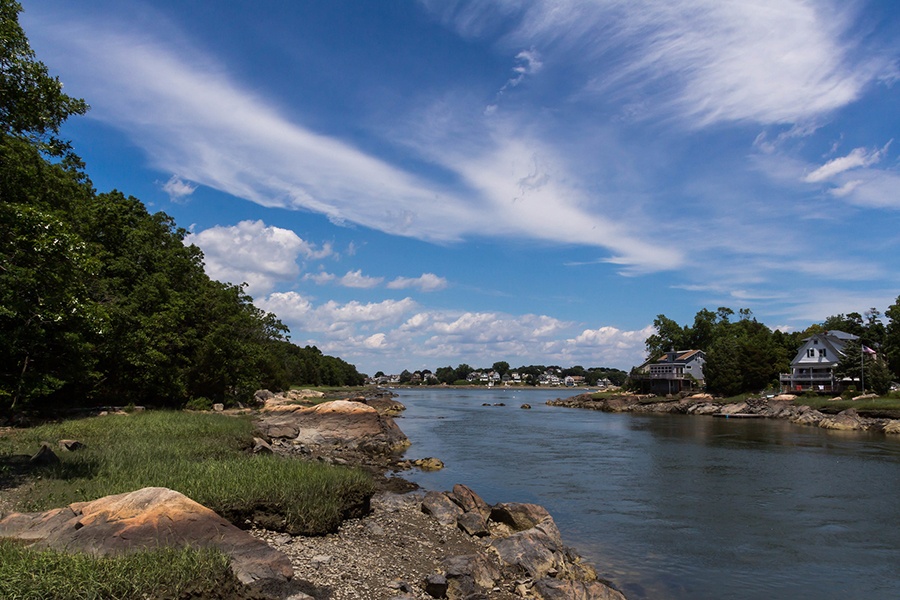 This may be an eye-rollingly obvious statement to any seasoned parent, but: Raising a family is not easy. From carpool logistics to family-sized grocery hauls to the fact that college tuitions seem to be on an unending rise, it’s all pretty complicated. So for families just starting out, online loan expert LendingTree has rounded up the spots around Massachusetts where young families thrive.

To calculate the most family-friendly sites around the state, analysts at LendingTree considered only ones with more than 5,000 people living in them, which shaved off hundreds of tiny towns while leaving a hefty sampling of 118 places to rank. They then considered six factors pulled from U.S. Census data for each city and town: the percentage of households that have children, the median income for those households, median housing cost per month, home ownership rate for families with children, the unemployment rate for 25-44 year-olds, and the percentage of teens who aren’t enrolled in high school.

The six sub-scores were then averaged for one final mark, allowing the 100+ sites to be positioned on the list accordingly.

So, who’s number one? It’s no surprise that money helps with the exorbitant costs of raising a family, and parents and children of Hingham—once found to have the most millionaires of any South Shore community—know this well. The coastal town landed on top, with 93% of families with children owning their homes and a median household income of $229,667 (though that comes with a relatively high monthly housing cost of $2,476). As to the kids themselves, they’re staying in school—the town’s 16-19 year-olds are either enrolled in high school or have graduated, with zero percent of people in that age group not falling into one of those two categories. Also good news for young people: The unemployment rate for those in the 25-44 age bucket is a low 1.5%.

The wealthy commuter town of Winchester earned second place, with Needham and Milton in the city outskirts, and Longmeadow, which is just south of Springfield, rounding out the top five. While affluent towns unsurprisingly floated to the top, Longmeadow boasts one of the lowest monthly housing costs of the bunch, with Pinehurst (an area of Billerica) following close behind. A couple of other well-to-do Boston suburbs, Lexington and Wellesley, also made their way into the top 10. Check out the stats below, or the full study on lendingtree.com. 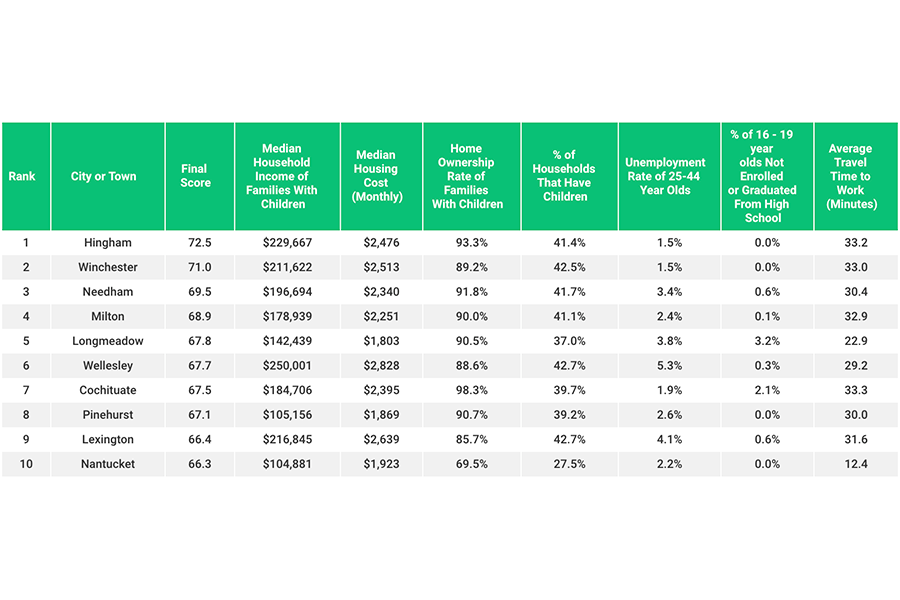 As for some of the lower-scorers? Sadly, Boston didn’t win this one, or even come close: It ranks at 114, with just 22.9% of homes with children and only 35.8% of families owning their homes. (This is a bit of a double whammy for the city, considering a recent study by financial information website GoBankingRates, which placed Boston on a list of cities where even a salary of $100,000 isn’t enough to cover the average bills.)

The median household income of $52,100 for families with children is starkly low when compared against Hingham’s six-figure salaries—and the 4.6% unemployment rate for young adults isn’t helping either. Somerville fared slightly better, in 110th place, and for young families in Cambridge the future looks even brighter, with a place at 88.