The local nonprofit's $50 million campaign aims to expand permanent housing for those who have experienced homelessness. 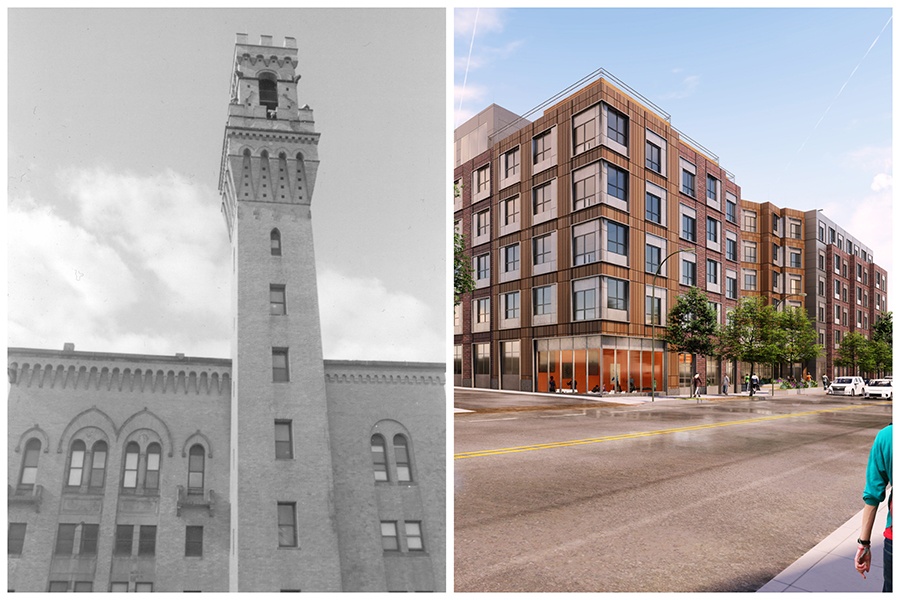 A lot has changed since the Pine Street Inn first opened 50 years ago. When it began in 1969, the old Chinatown outpost served up a hot meal and a bed to some 200 men experiencing homelessness each night. Today, volunteers provide meals to nearly 2,000 people each day, and the organization is known as New England’s largest homeless services provider.

And they intend to keep growing. In honor of its 50th anniversary, Pine Street Inn has announced a fitting $50 million campaign to maintain and expand its permanent housing efforts. Prior to the September 26 anniversary celebration, Pine Street had already raised $36 million toward their most ambitious fundraising effort to date. They may have begun as an emergency shelter, but the organization’s goal is to bring those living on the streets and in temporary lodgings into stable housing communities. With about 800 housing units across 40 sites in Boston and Brookline currently under their care, the nonprofit plans to reach 1,000 total permanent housing units as part of its already-underway Key Moments Campaign.

One chunk of that 200-unit expansion has already been proposed for 3368 Washington St. in Jamaica Plain, and is under review by the Boston Planning & Development Agency. The project would tear down the existing structure on the Pine Street-owned parcel and erect a six-story rental complex in its place. Of the 225 total apartments it would house, 140 would be affordable micro-units (averaging 350 square feet) reserved for those who have been chronically homeless, making it “the largest affordable housing project for formerly homeless in the city,” according to Pine Street Inn president and executive director Lyndia Downie. She notes that this project would be modeled after Pine Street’s 52-unit residence at 123 Hamilton St. in Dorchester, where an in-building elevator prioritizes accessibility.

The remaining 85 units would be reserved for people earning 60-80% of the area’s median income, to be managed by fellow local nonprofit the Community Builders.

Bostonians who have experienced chronic homelessness should expect to see this new JP housing option pop up in the next couple of years, pending city approval. The best case scenario, Downie says, is a groundbreaking sometime in 2020, with about 18 months of construction resulting in a grand opening sometime in 2021.

As for the remaining 60 units that would be required to push the nonprofit to its 1,000-unit target, Downie says they’re still on the lookout for a second site. A location close to public transportation is a must-have, as is a place where they “can get some scale,” says Downie. “Scale really matters in terms of impact.”

While the campaign advances, the hope is that Boston’s already-low unsheltered homelessness rate will continue to dwindle as those living on the streets are able to move into affordable and sustainable housing. When the U.S. Department of Housing and Urban Development published a report in 2017, they found Boston to have the lowest percentage of street homelessness of any city in the survey, with 3% of the homeless population remaining unsheltered at night. Today, that “street count” number has dropped below 2%, according to Downie.

What are Pine Street’s plans for when they hit 1,000 permanent housing units? “We’ll see what comes next,” Downie says. “We’re committed to continuing our housing expansion for people who have been homeless.”