This Chestnut Hill Mudroom Got a Crafty, Modern Redesign

Squarehouse Studios designs a clever mudroom for a family home. 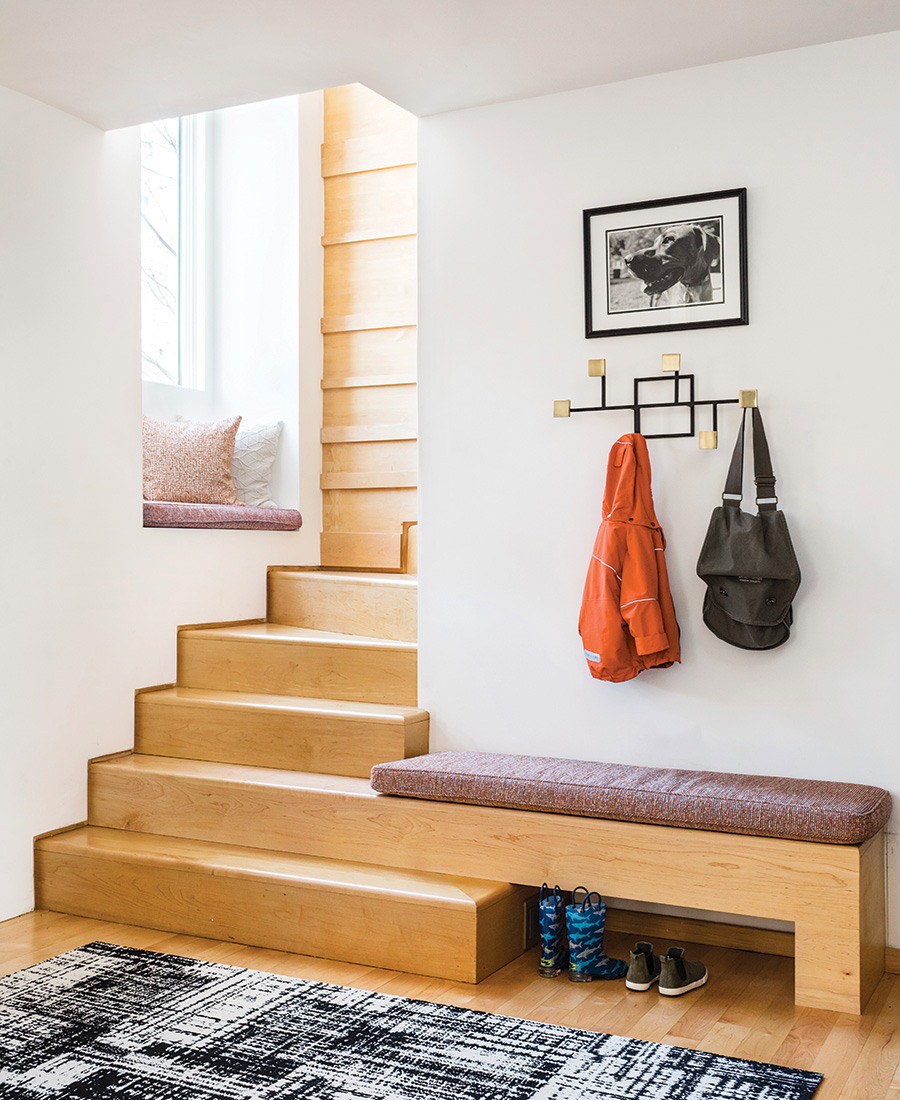 For this new Chestnut Hill homeowner, having a space for two young boys to kick off grass-stained shoes and hang overflowing backpacks was critical—as was not forgoing style for function. So Mary Flo Ouellette and Steven Santosuosso, designers and co-owners of Squarehouse Studios, stepped in to create a mudroom that proved both practical for the children and in line with the owner’s midcentury-modern style.

One of the homeowner’s primary requirements was the addition of a bench. “We wanted to avoid putting any furniture there because it felt really cramped and cluttered,” Ouellette says. So instead, the designers extended the second stair of an existing maple staircase to create a sitting area with a space underneath for shoe storage. For cushions, fashioned by J & I Custom Drapes and Upholstery, the pair used the Romo Group’s “Biella Henna.” “We wanted something colorful, but we didn’t want something that would be out of place and too energetic,” Santosuosso says. “So we went with smaller patterns [that] from far away read a little bit matte and muted.” 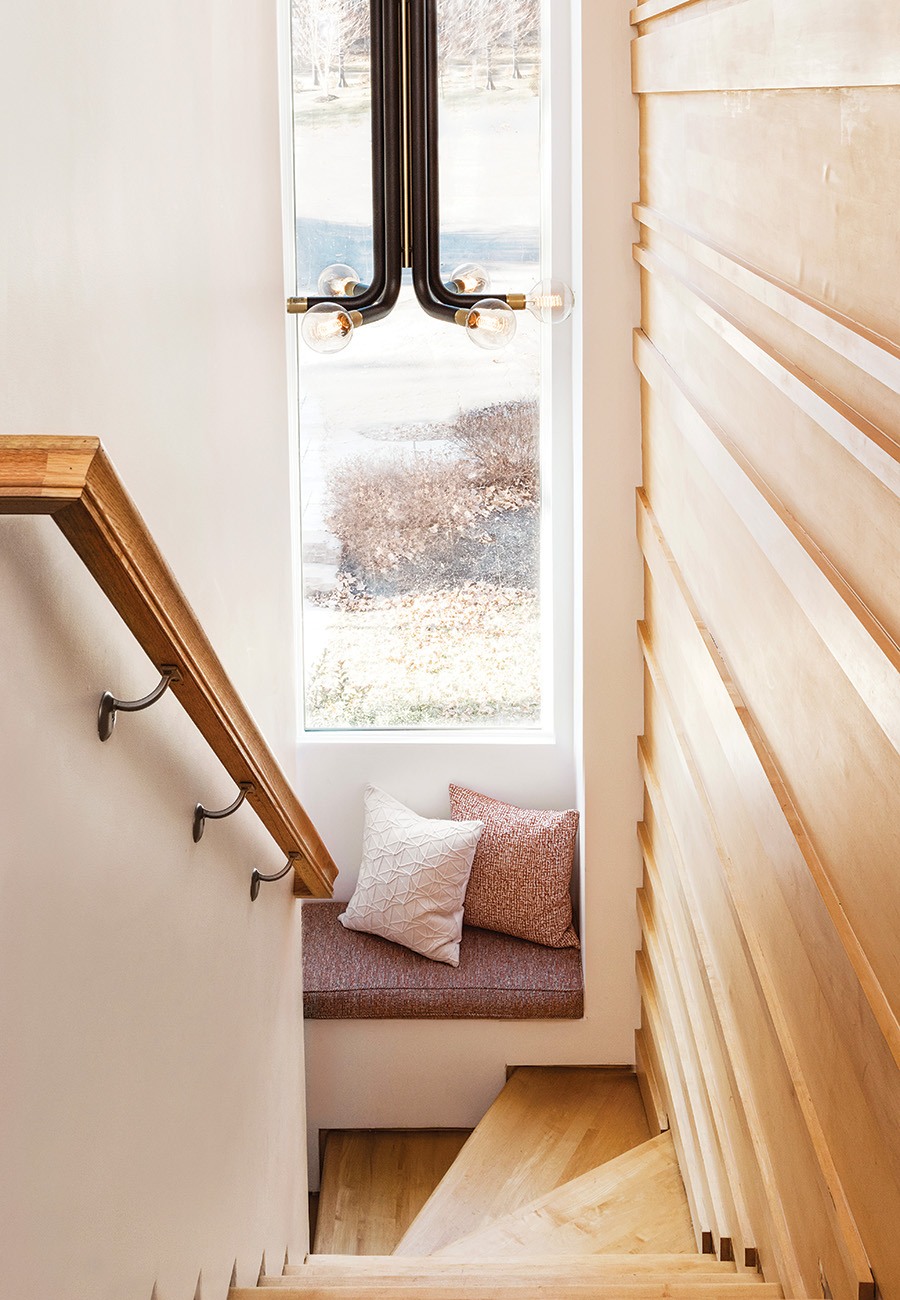 An existing matte-black and gold honeycomb-patterned Cole & Son “Hicks Hexagon” wallcovering in the entry inspired the color palette throughout the mudroom, including the sculptural “Rise and Fall” coat rack from CB2 on the wall above the bench. There’s also the matte-black “Desmond” chandelier by Hudson Valley Lighting, draped in front of a double-height window. “We really wanted to accentuate the volume of the staircase and the height of the window. We needed a piece that was taller rather than wider so it wouldn’t dwarf the space,” Santosuosso says.

Notes of black extend to the foot of the stairs, with a “Dappled Daylight” rug by Flor. The contemporary pattern on the nylon runner masks stains, while the removable tiles allow for easy cleaning. “A lot of people think Chestnut Hill is very traditional, so it was fun to do a bright, modern space,” Ouellette says. “[Plus, we hear] the mudroom made it through the winter, which is helpful,” she says lightheartedly.