Developers will transform a Hyde Park middle school into a new first for the region. 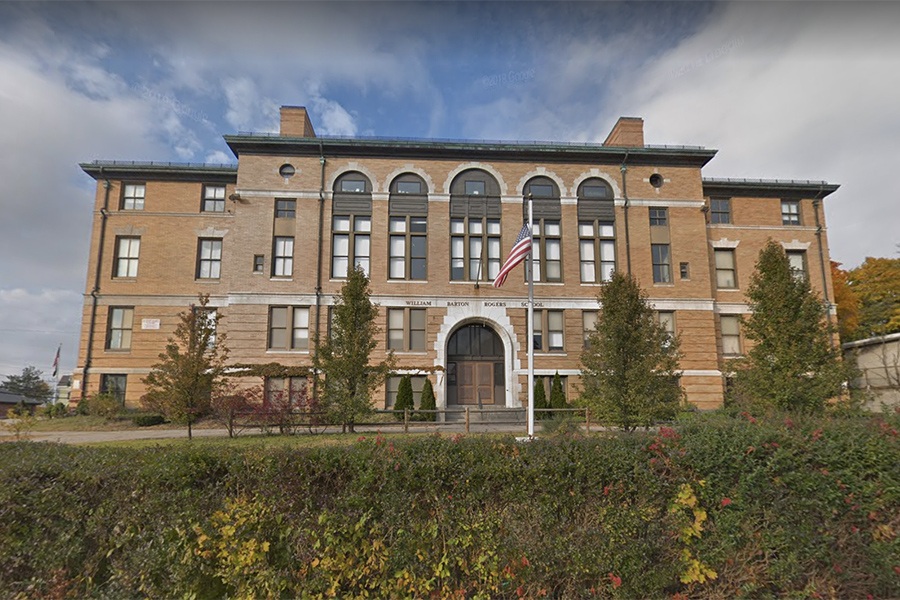 Sixteen years after becoming the first state to legalize gay marriage, Massachusetts has become the first state in New England to develop a senior housing facility designated as LGBTQ-friendly.

On Wednesday, the Boston’s Public Facilities Commission approved a proposal to convert a Hyde Park middle school into a 74-unit complex for residents in the 62+ age group. The apartments will be rented at varying rates to accommodate seniors with a range of incomes, with some reserved for homeless individuals and some for those who are earning 100 percent of the area median income, per realestateboston.com.

Developer Pennrose Holding LLC and nonprofit LGBTQ Senior Housing Inc. will work together on the transformation and management of the former William Barton Rogers Middle School, which closed in 2015. Pennrose brings its expertise from having worked on other LGBTQ-friendly projects, including another senior housing facility in Philadelphia.

Given that the school building is 120 years old (though it did see two additions in 1920 and 1934), it will certainly require renovations to bring it up to date and convert it into suitable living quarters, but the developers plan to do so with respect to the history of the building. According to the website of the newly incorporated LGBTQ Senior Housing, the proposal involves “restoration of a historic building highlighting Hyde Park history, [and] plans for community space.” And, as the Boston Globe reports, future tenants and Hyde Park neighbors can also look forward to a 10,000-square-foot community space that will include artwork, meeting space, and artifacts from the 54th Infantry Regiment, a Civil War African American military unit that was based in what is now Hyde Park.

Not only will this project bring new life to a shuttered building, but it will provide housing for a crucial cross section of residents. A report from the mayor’s office called Housing a Changing City: Boston 2030 notes that “70 percent of seniors living in rental housing have extremely low-incomes,” or incomes of under $25,000. And, per a report by the Massachusetts LGBT Aging Commission, an estimated 65,000 “LGBT older adults” are living in the state. Mixed-income senior housing that is specifically LGBTQ-friendly addresses the intersection of several groups that require safe, affordable places to live.

Ideally, the development could be used as a guide for similar projects throughout Boston and New England. “Beyond the establishment of this first housing development,” says the LGBTQ Senior Housing Inc. website, “we would continue to look for opportunities to develop additional sites as well as providing a template or prototype for use in the development of any senior housing elsewhere.”

Below, take a look at some renderings of New England’s first LGBTQ-friendly senior housing complex. 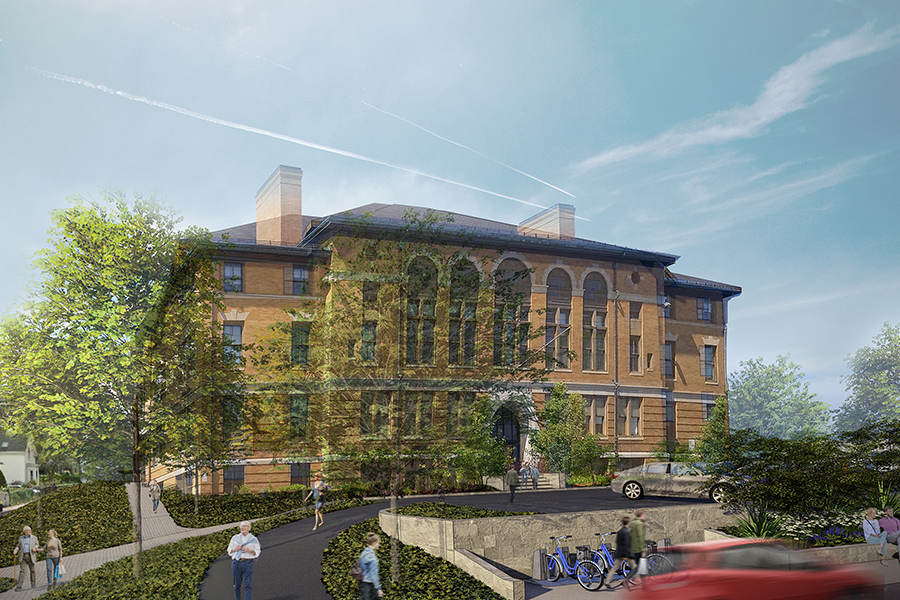 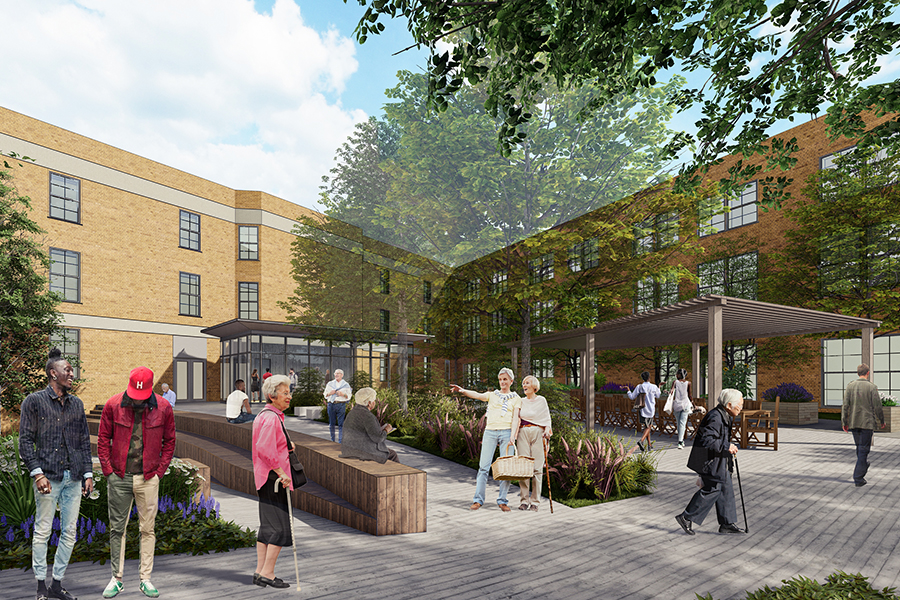 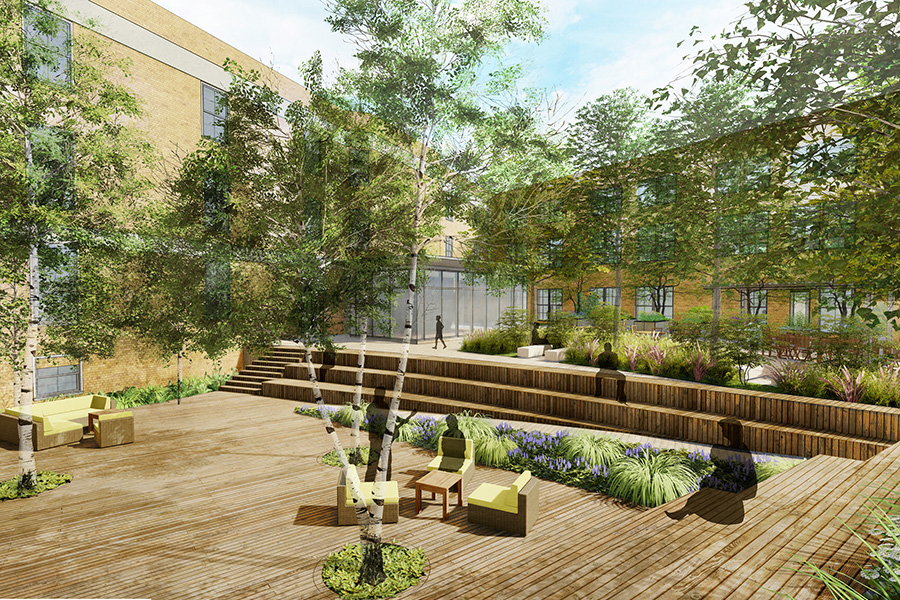 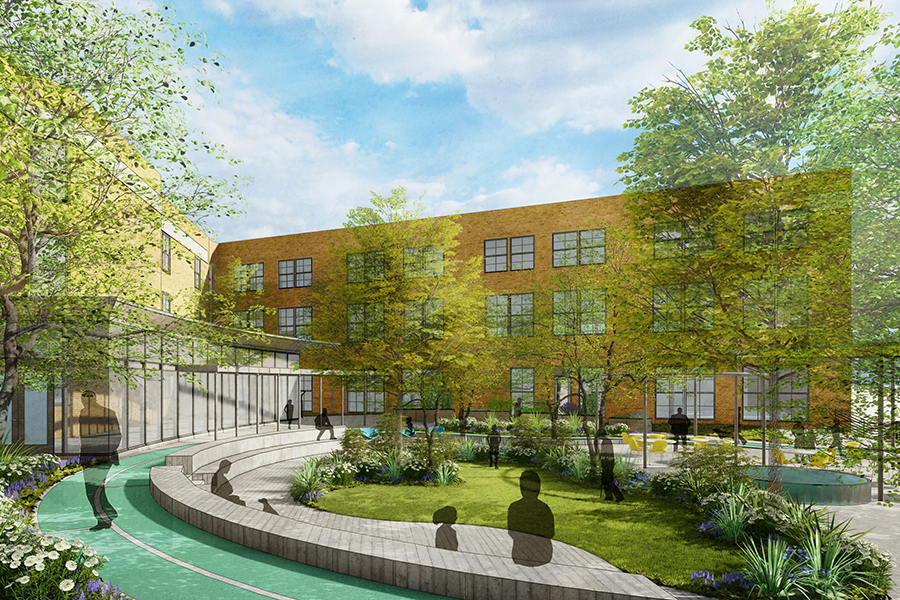 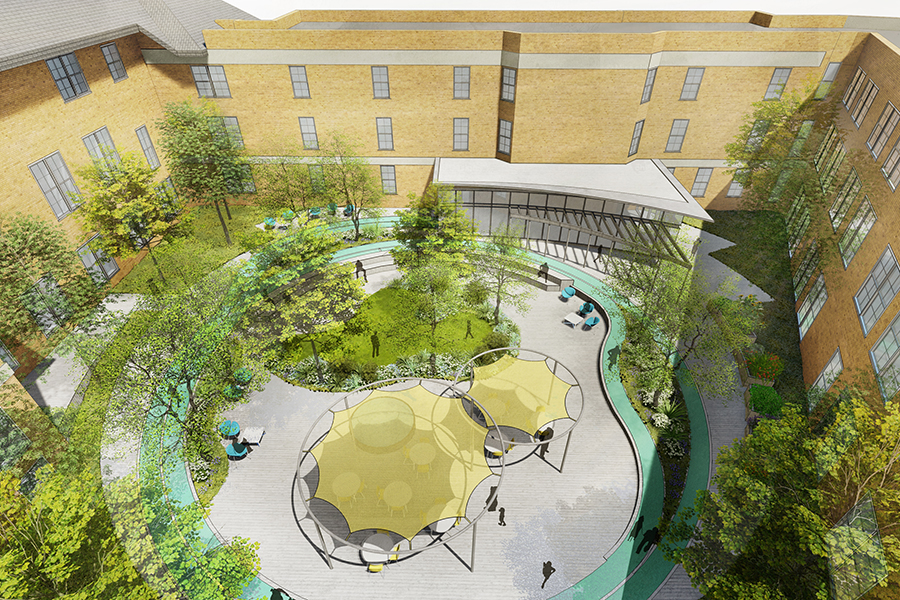