The beloved but slightly dated Galleria is turning into housing, restaurants, and office space. 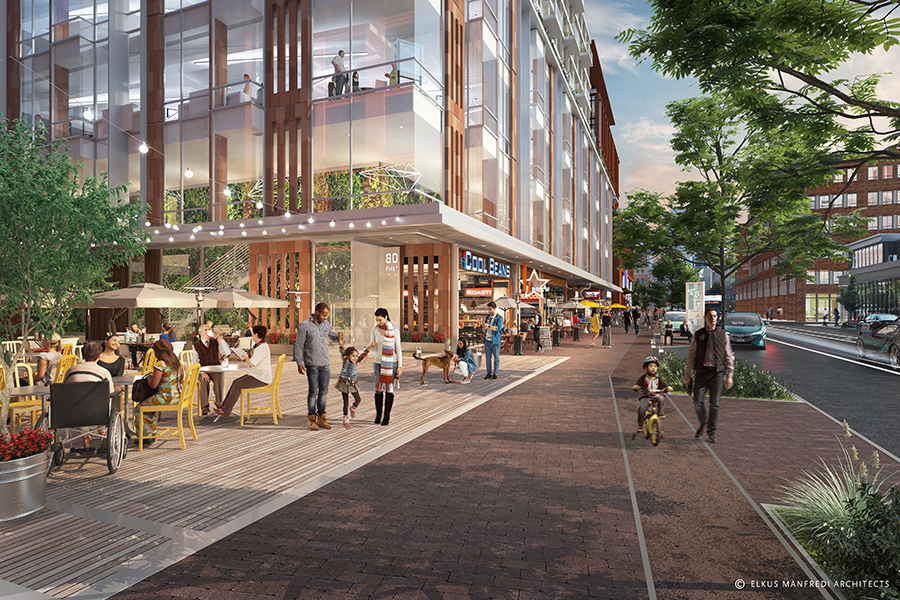 Thanks to the Genius-level help I needed to transfer my library of 12,000 photos from my old iPhone to my new one, I logged four hours at East Cambridge’s CambridgeSide Mall last week. While much of that time was spent staring at a sluggish download bar in the too-bright Apple Store, I also took a few laps around the shopping center in search of, well, literally anything else to look at.

To my chagrin, however, there isn’t a lot to see these days at CambridgeSide—over the past year or so, the mall’s entire third floor has been gutted, with retail stalwarts like J. Crew, Express and Abercrombie & Fitch getting the axe as new office space was constructed in their place. Other retailers that abandoned ship have been replaced by banks, small boutiques, and spa services. The Christmas-bedecked halls, were, for the most part, quiet. Looking around CambridgeSide, which was just two years ago a symbol of the life that was still left in brick-and-mortar retail, it’s hard not to feel like the mall is on its last legs.

How do you pump new life into an ailing shopping mall? According to developers, it’s by replacing the enclosed mall shops of yore with the things that people actually want these days—namely, office space, restaurants, and residences. A newly-approved plan will see CambridgeSide become the latest mall to get in line for this 21st century treatment. As first reported by Cambridge Day, a vast remake of the mall won approval from the Cambridge City Council Monday night, allowing New England Development (the same team behind the mall’s third floor office space conversion) to turn the mall into a mixed-use facility, adding residences, street-entry shops, offices, labs, and restaurants to the once-great retail space.

Plans to rezone CambridgeSide have been in the works for two years, with the City Council and members of the public and community groups offering input along the way. The rezoning, which still needs to go through a special permit process, will allow New England Development to construct up to 575,000 square feet of net new floor area that will be available for commercial, residential, and retail uses. Per the terms agreed upon by the company and the city of Cambridge, a minimum of 30 percent of the new square footage will be residential, and in a landmark move from New England Development, 65 percent of that square footage will be designated as affordable and middle income housing. Construction is estimated to take eight to 10 years, per Cambridge Day. A spokesperson for the development company says the team hopes to begin construction in 1-2 years, delivering the first building in 2022-23.

“The project will transform First Street into an active and vibrant street providing new connections between the East Cambridge neighborhood and CambridgeSide and Canal Park, and will serve to further improve and activate Canal Park for use and enjoyment by the City residents and visitors,” a spokesperson for New England Development said in a statement.

While the project passed with an easy majority, some City Council members raised concerns about the impact redevelopment could have on the community. Some felt that the promised new housing, for example, would not do enough to offset the estimated 3,300 permanent (and likely high-paying) jobs that would be created in the development’s new office and lab space. Traffic was also raised as a concern, and it was pointed out that the current construction plans do not commit to the city’s goal of net zero greenhouse gas emissions.

While supporters of the plan echoed some of these same concerns, it seems that they were outweighed by the perceived urgency to save the mall from failure.

“CambridgeSide has recently demonstrated that they’re in dire financial straits and need to move to a mixed-use model in order to survive,” Chuck Hinds, head of the citizen-run East Cambridge Planning Team, said during public comment on the rezoning. “Malls that have adopted this model have been invigorated and are thriving.”