And opening a Back Bay discount pop-up during the renovations. 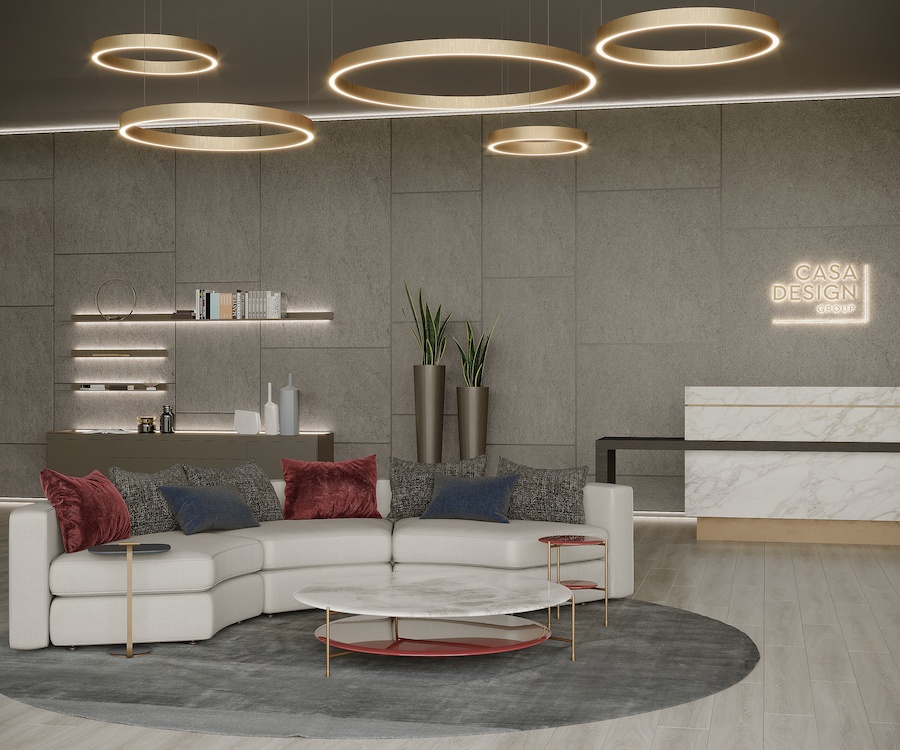 A rendering of the revamped showroom. / Photo courtesy of Casa Design Group

On the heels of its 10th anniversary, Casa Design Living—Casa Design Group’s contemporary furniture showroom in SoWa—is about to get a fresh new look. Just one of the Boston-based group’s five showrooms, which also include Casa Outdoor and Giorgetti Boston, the flagship store will close its doors for about three months. Meanwhile, you’ll be able to find its collections in a brand-new location: During the renovation, the company will host a pop-up store with discounted merchandise at the Four Seasons Hotel Boston, open February 15 through May 15. “Back Bay is such a desirable area for us to explore and reach new clientele who may not frequent the SoWa arts district,” founder Zhanna Drogobetsky says.

The 4,500 square-foot space at the Four Seasons, which Casa Design Group is slated to share with the South End’s Bloom Couture Floral Studio and Lanoue Gallery, will feature a rotating selection of furniture and closet systems from its own brands, as well as collections from Molteni&C, Giorgetti, and Roda, among others. Additionally, the store will carry a small array of home décor and accessories.

As for what’s in store at Casa Design Living: Builders will be working away at the showroom, which opened in 2009 and was last renovated in 2017, to create a brighter, more open-concept feel. For design help, the company enlisted New York and Los Angeles-based art director and interior designer Jens Ahlemeyer, who Drogobetsky says will help bring to life a “sexier version” of Casa Design. In addition to a more expansive layout, the store will also boast new collections by Italian designers such as Piero Lissoni, Andrea Parisio, and Massimo Castagna, complete with on-trend pieces like curved sofas and sculptural lighting. It’ll all be unveiled in late spring, but until then, the Four Seasons pop-up should tide you over.