There’s more than just coffee in this Upper-Left gem. 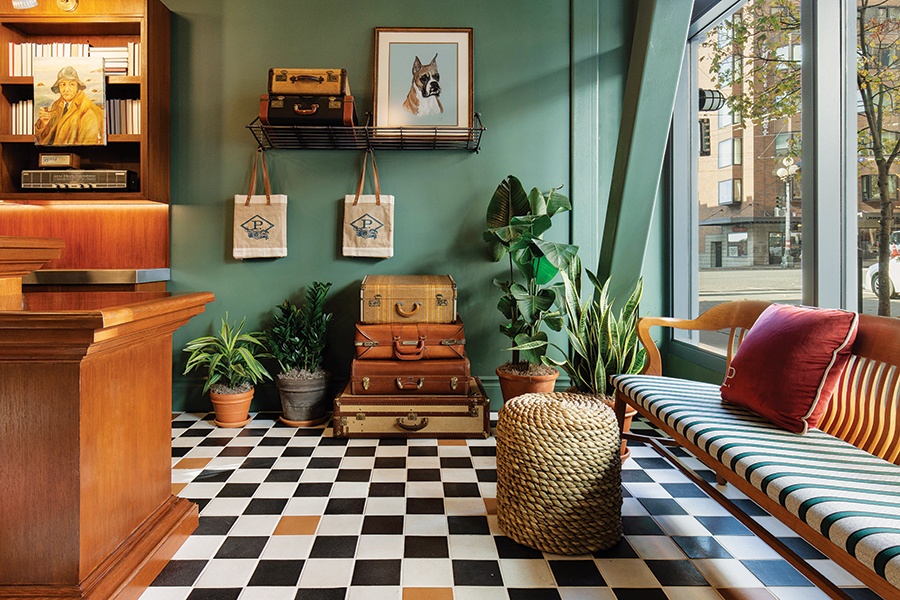 Seattle’s a city with a lot of quirk, and the Palihotel Seattle is no exception. With a Moonrise Kingdom-meets-Chateau Marmont vibe, the hotel, which opened in late 2018, expertly combines retro flair and 21st-century touches (think: emerald walls, Smeg refrigerators, and an industrial-chic house restaurant). But it’s not just the décor that made the Palihotel a 2019 Travel + Leisure “Best New Hotels” pick. It’s also the prime downtown location, dog-friendly attitude, and host of special offers—free beers after Seahawks games, anyone?—that cement the Palihotel as a Seattle must. 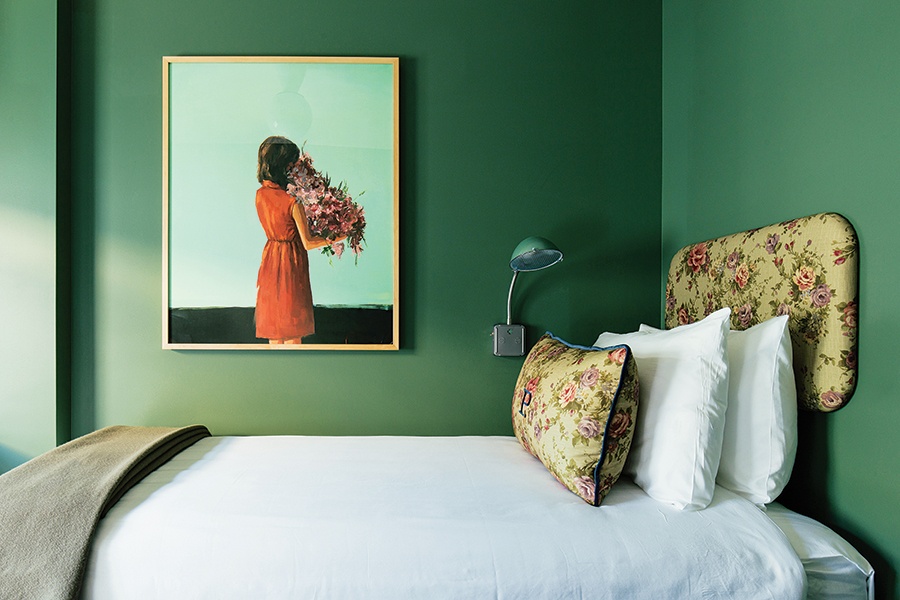 Hotel guest rooms make use of the same emerald hue as the lobby. / Courtesy photo 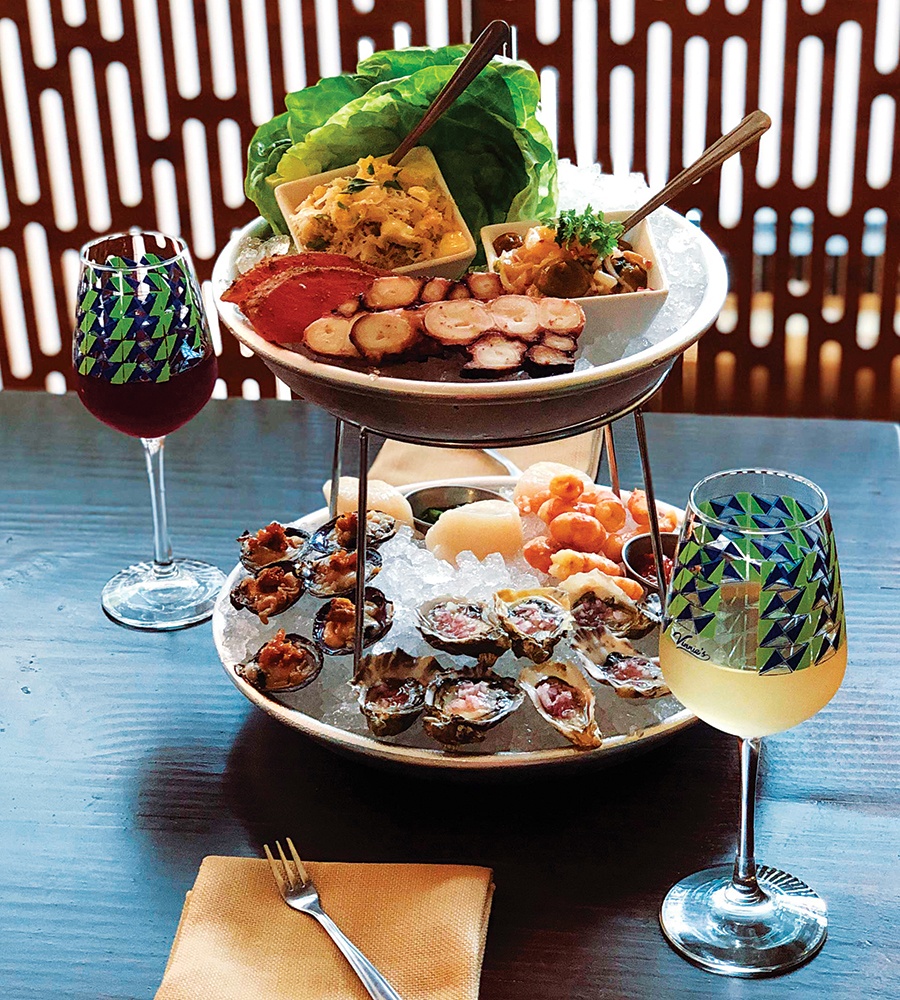 For the full raw-bar experience, order Vinnie’s signature seafood tower, which can include anything from prawns to geoduck. / Courtesy photo

Don’t shoot the messenger, but the Pacific Northwest might have a stronger seafood game than we do—not to mention that with vineyards galore, the region has us categorically beat on wine. At Vinnie’s Natural Wine and Raw Bar, in Belltown, you’ll find both presented in their exquisite, organic states. Items such as “seacuterie” and oysters on the half shell frequent the ever-changing menu, while you might see Oregon rosé and pinot gris on the beverage list. The star, however? Vinnie’s staggering—and yet so down-able—tower of shellfish, crustacean, and more. 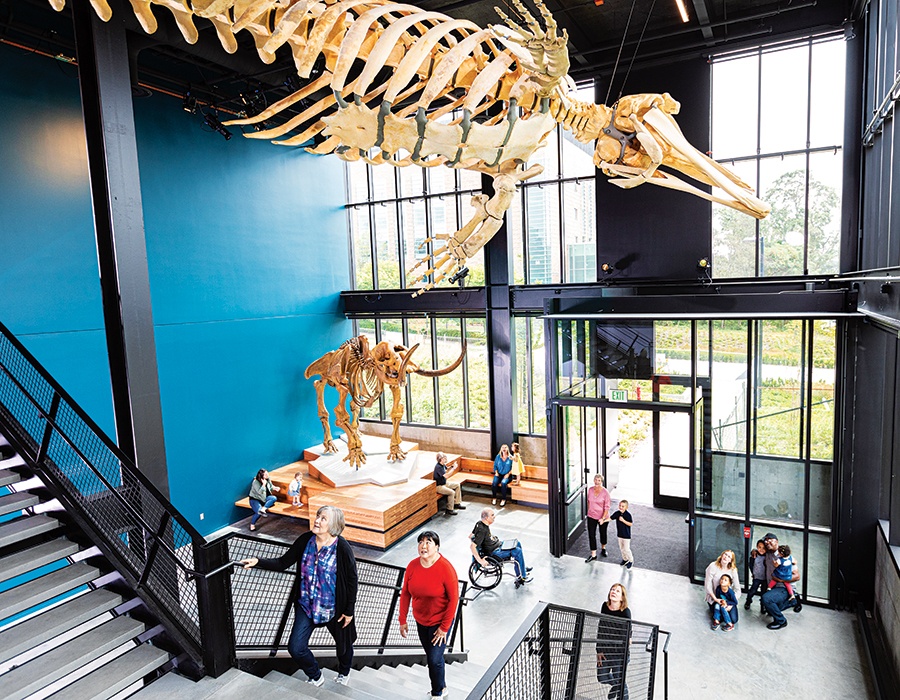 In part a natural-history museum, the Burke Museum holds an impressive collection of skeletons and fossils. / Photo by Mark Stone, Courtesy of Burke Museum

Here’s a rainy-day suggestion: a visit to the Burke Museum. As the oldest museum in the state, the newly reopened, little-bit-of-everything institution—science, natural history, and culture—examines what makes Washington, Washington. You can browse contemporary indigenous art on the first floor, and then head upstairs to explore the state’s origins as a mammoth stomping ground (with the fossils to prove it!). The Burke’s focus on inclusivity means, among other things, that plenty of its exhibitions are interactive, so feel free to get hands-on—but maybe don’t touch the T-Rex skull.