Will Coronavirus Cause an Urban Exodus?

Restaurants are closed, quarters are close, and we’re home all the time. Real estate agents say some Bostonians are ready to pack up for the promise of personal space and their own backyard. 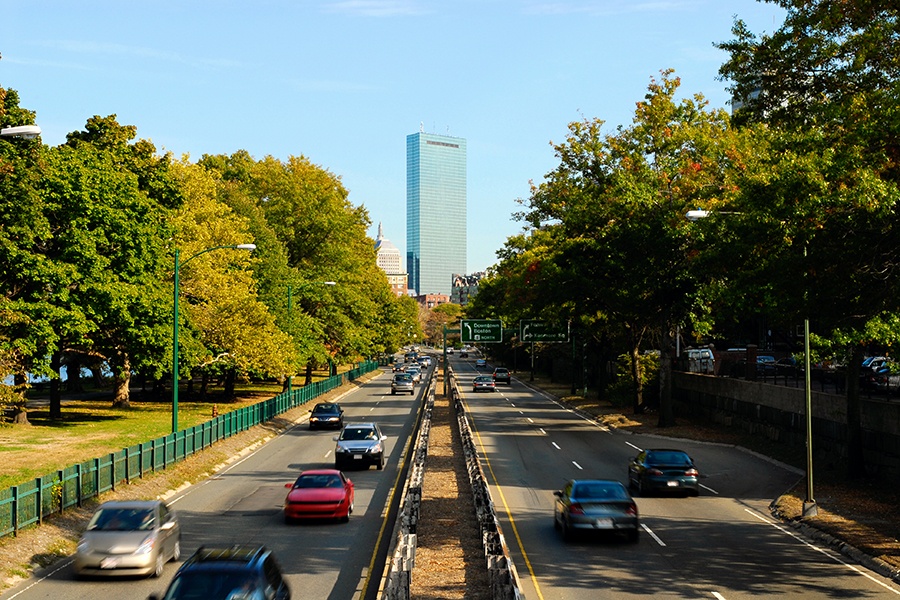 Everyone is looking forward to something different “when this is all over.” For some, it’s finally taking that vacation, for others, it’s going anywhere that’s more than six feet away from their roommates, and for many it’s seeing friends, or hugging family again. And though it’s early to know for sure, for some getting back to normal may mean making a huge change: leaving the city and moving to the suburbs.

Jill Boudreau, a senior vice president at Compass who mainly services the area around Wellesley and Weston, foresees more city dwellers flocking to the outskirts when the risk of contracting COVID-19 clears. “There is definitely going to be, I don’t want to say a flight to the suburbs, but towns like Wellesley that help bridge the urban to suburban, we definitely have seen an uptick—particularly in younger buyer interest,” she says. And the migration is already happening. In the last three weeks, Boudreau notes 15 single-family homes have gone under contract, with the average days to offer being five, a number she calls “exceedingly low.” Compared to the year-over-year Wellesley average of 42 days to offer, it’s clear that recent buyers have been acting with a sense of urgency.

These house hunters are trending toward a millennial age range, Boudreau says, in part because they’re comfortable with the Facebook Live open houses, FaceTime tours, and Zelle transfers that this COVID age of real estate purchasing has brought. Nicole Rideout, vice president of Gibson Sotheby’s International Realty, points out another factor. “There are a lot of younger couples, who are maybe thinking about having kids kind of soon or already have one kid, and with something like this, everybody stops and starts to evaluate their situation,” she says. “If you’re in a position right now, that you’re kind of in between and you’re thinking about making a change, something like this really kind of brings that to be a priority for you.” People at that stage of life may already have been considering a move, but a crisis that has forced everyone to spend the majority of their time indoors with many hours for introspection may prove to be enough to accelerate that timeline.

Requests for in-person showings aren’t particularly popular these days, for obvious reasons, but based on searches, click-throughs, and impressions on their website, Rideout says Gibson Sotheby’s is noticing an increased interest in the suburbs. “We’re seeing the millennial families or young married couples that are starting to poke around in those suburbs, especially the MetroWest,” she says.

It’s difficult to discern how serious these searches are, or whether they’re a product of boredom-fuelled daydreaming. Boudreau, for one, believes this activity is more serious than that. “The home has always represented physical, environmental, emotional, and financial security for people, but now more than ever given the current situation, the home is the haven. I think people really realize that there’s nothing more important than being able to provide that security.” There’s also the issue of space, and not having enough of it. Now that Boston has largely shut down and the concept of the city as our expanded living area has disappeared with it, the walls of our micro-units and loft-like condos are starting to feel like they’re closing in around our multiple roommates and growing families.

For those who were planning to put their children through private school, but have now taken a pay cut or lost a job, strong public schools in the suburbs may be looking like a cost-friendly alternative. That’s one hypothesis of Mary Gillach, principal of the Gillach Group at William Raveis, though she says she has yet to notice more interest in the western suburbs than usual. Beyond the impact of a salary loss, she says people may also be content with less than before, and no longer need an “absolutely number one” school. “People might just be happy to be alive,” she says. “And they might be really happy to be in a car by themselves driving to work instead of taking the T. And all those things say, hey, maybe a suburb with a yard, instead of a high-rise with an elevator”—where it’s nearly impossible to maintain even a three-foot distance from anyone—“all those things might kind of add up for people.”

There’s also the traditional financial stability of the housing market, in comparison to stocks, which may be enticing some renters to buy, or city condo owners to invest in a single-family outside of Boston. Megan Kopman, a Compass managing director for the Back Bay and South End marketplace, senses “that people seem to want to put more of their net worth in housing than anywhere else right now. Swings in home valuations tend to not be subject to daily market volatility like other markets. No one in Boston has ever seen their home lose 30 percent of its value in a day.”

On the other hand, she’s seen sellers hesitant to put their homes on the market right now. Not only because a constantly ticking number of days on market is not desirable, but because people are unsure of what’s to come, and want to hold on to the security blanket of their homes. Empty nesters, in particular, “who were planning on selling their big homes in the suburbs and moving into a three-bed in the city, have now scaled their search back by size and price point as they are electing to keep their suburban homes for now, instead of selling,” Kopman says.

It speaks to the delayed real estate swap between downsizing Boomers and upgrading Millennials, who should theoretically be seamlessly trading places in the suburbs and city. The pandemic could throw yet another wrench in the gears, or, predicts Rideout, it could oil the machine in an interesting way. “You also have empty nesters, who maybe have been going a million miles an hour still, because they’re not retiring as early. But at the same time, now they’re home and they’re only living out of three rooms, and there are 12 or 14 in their house. And they may be thinking along the lines of, is it time now to move on and go into the city? I think it’s just causing people to evaluate their situation.”

“[Empty nesters] may be thinking, do we really want to wait through another downturn, or do we want to put our suburban house on the market? That’s just what I’m seeing. So the younger people are looking out to the suburbs, and empty nesters have already started to migrate [into the city]. And with the upkeep of these big suburban homes, this might be something they start to think more about while they’re there,” Rideout suspects.

Boudreau is looking at suburban homeowners from a slightly different angle. “I think now more than ever, people are realizing that it feels good to stay put. So we haven’t heard that there is an overwhelming trend for [empty nesters] to cash out” on their single-families. In Wellesley, she notes that inventory is low right now, with just 48 homes for sale. As for Bostonians, Gillach thinks that an affection for the city is enough to keep most people in place, even after the social distancing measures lift. “People who are in downtown Boston love Boston, and they’re not really making any different choices,” she says.

While the real estate market is still moving along with sales that were in the pipeline, eager and tech-savvy buyers, and those who need to move during this time, agents say with open houses and people who don’t have an urgent need to buy off the table, the market is starting to slow down, and will likely continue to over the next month. But when the pandemic passes and the city streets start to fill up again, some people might just find themselves feeling like it’s time to pack their minivans.

Note: This story’s headline has been amended.