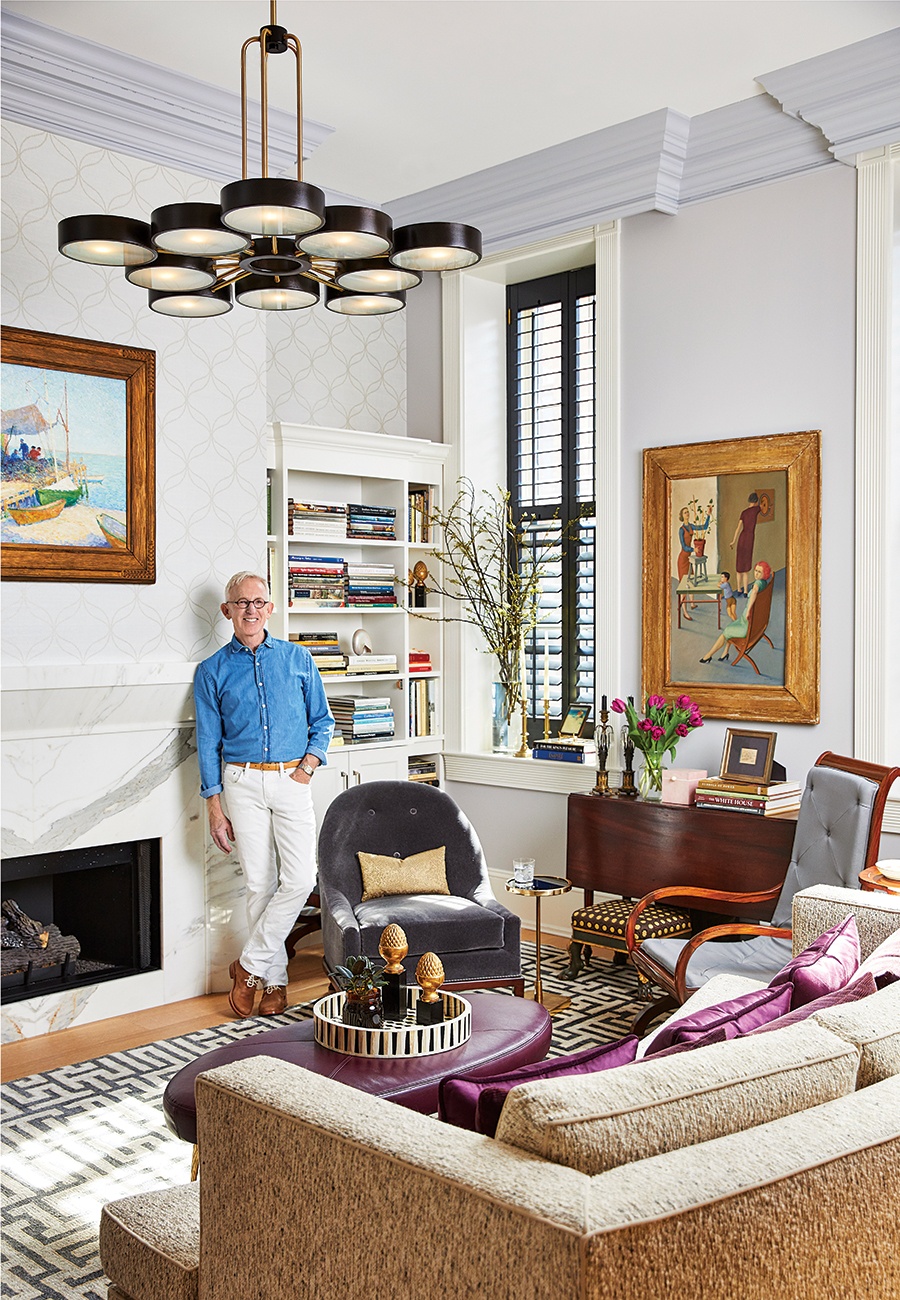 When Jeff Swanson first stepped foot into the living room of an old schoolhouse turned condominium on Beacon Hill, he was merely a visitor. The interior designer renovated the unit for a client in 2012, and then again after a burst pipe destroyed the place. When his client decided to downsize, Swanson and his husband purchased the condo for themselves. But making it their own presented a new set of challenges: While much of his client work leans contemporary, at home it’s a different story. “My husband’s mother was an antiques dealer in New York, so his aesthetic is extremely traditional,” says Swanson, principal of Renovation Planning & Interiors. “I love designing a room that has some antiques, but [a mix of] modern elements, too.”

Swanson relied on subtle design choices to marry their two styles, from accenting the living room’s 11-foot ceiling with a Studio Van den Akker light fixture to hanging historical paintings by artists such as Alvin Ross on the walls. And unlike their previous living room, this space is very functional. “We read in front of the fireplace, we dine and entertain here,” Swanson says. “Antiques aren’t dead, but no one wants to live like it’s the 1820s.”