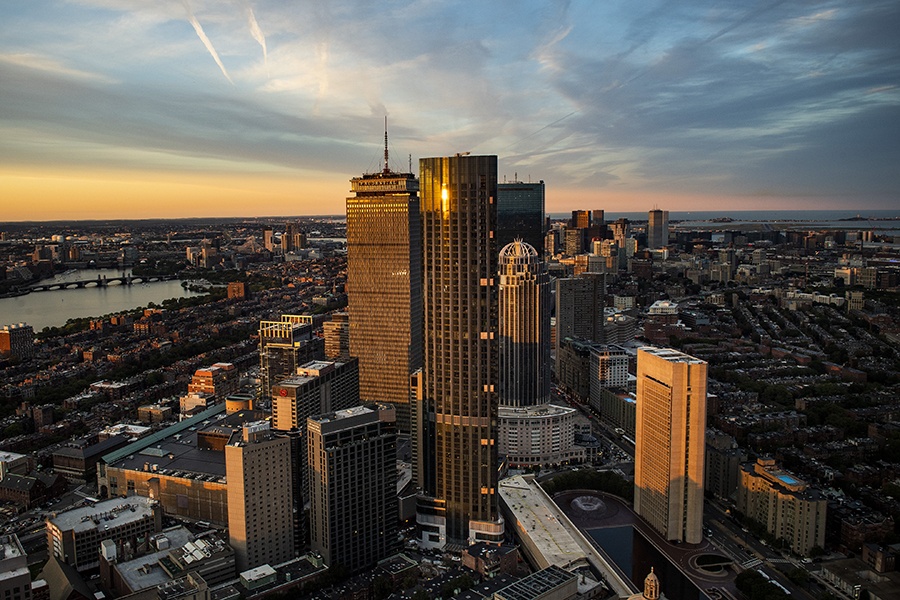 If you didn’t know who “Karen” was a month ago, you definitely do now. She’s the woman demanding to see the manager for no reason, calling the police on a Black bird watcher, or casually waving a handgun in the name of protecting her mansion from peaceful protesters, while her husband, Ken, wields a much larger weapon. The concept of Karen has been fully adopted by meme culture, and the subtext is that with her extreme white privilege, Karen can pretty much get whatever she wants.

And, a new study by Suffolk University Law School finds, this advantage extends to finding housing. As reported by the Boston Globe, the findings show that Black renters are much more likely than white renters to face disadvantageous treatment when trying to rent an apartment, from being questioned on their credit score to never hearing back from the apartment provider at all. The study uncovered incredibly unsettling statistics, including that Black participants experienced discrimination by brokers, agents, and landlords in 71% of the cases, which included 200 tests.

The study, conducted by Suffolk’s Housing Discrimination Testing Program, was done in conjunction with economics consulting firm Analysis Group, and was financed by the Boston Foundation and the Racial Justice Fund. Even though the program is well-versed in the reality of housing discrimination in the city, “This was a shocking result for us, and we do this work every day,” director Catherine LaRaia told the Globe.

Researchers recruited 100 white and 100 Black participants to take part in a study with a simple premise: Is it harder for Black people in Boston to find housing? And, do people with housing vouchers face greater adversity in locking down a place to live than those who can pay market rent? To answer these queries, they randomly selected 50 apartment units and assigned four undercover testers to each site—one Black and one white market-rate renter, and one Black and one white renter with a voucher for Section 8 housing, which allows low-income earners to pay a discounted rate. To limit the number of experimental variables, those conducting the study kept qualities such as gender, age, and assigned credit score and income level consistent across pairs of Black and white testers. Additionally, each renter was assigned a “race-associated” name, such as Tremayne for a Black person and Allison for a white person.

While the ultimate goal was to see the apartment in person, as any actual prospective tenant would want to, Black testers were only offered this chance 48% of the time. In contrast, white testers were able to successfully set up a tour 80% of the time. In some cases, Black “renters” could barely keep housing providers on the phone. In one instance, a Black man told to use the name Kareem contacted an apartment’s broker and was met with enthusiasm until he introduced himself by name. At that point, the tester reports the conversation tonally took a turn and he “felt rushed to get off the phone.” He then noted that he had a housing voucher and asked to see the apartment. He was told that he would be contacted the next day with an appointment time, but no one followed up or returned his subsequent voicemails. The white market-rate tester in that group named “Brad” was able to book a tour to see that same unit.

Black testers were also ghosted, meaning they never heard from the broker again, 62% of the time, while brokers followed up with white testers a whopping 92% of the time. The level of discrimination participants faced was measured along data points such as whether participants were able to make an appointment for a unit tour, if they were told about discounts or other financial incentives, and whether they were offered an application.

Some of the study’s findings were less obvious, demonstrating how insidious racism and class discrimination can be. One white voucher-holding tester reported an experience where she was denied consideration for an apartment based on her Section 8 status, an illegal practice in Massachusetts. The agent told her, “I mean, talking to you, you seem totally normal…I mean, a lot of people with Section 8 aren’t the greatest people….so sometimes people can be prejudicial about that.” Coded comments like this one are abundant in the report.

“Housing providers showed white market-rate testers twice as many apartment units as Black market-rate testers, and provided them with better service as measured by a number of different variables,” the study summarizes.” Testers with housing vouchers on the whole faced the most adversity of all—86% experienced discrimination. A mere 12% of white voucher holders and 18% of Black testers with vouchers were able to view an apartment.

The study lays bare evidence that housing discrimination is a deeply ingrained issue in Boston, and one that needs immediate attention. “Segregation, discrimination, and killings of unarmed Black people are not problems from our past, but ongoing interconnected actions that must be addressed,” the study states. “Data from this study reveal that housing discriminating is still occurring at alarmingly high rates in Greater Boston. Now is the time for policy makers to act to address housing discrimination and the other continuous forms of structural oppressions against people of color.” And on top of the unignorable argument the study makes for systemic change, it presents yet another solid reason to delete broker’s fees once and for all.