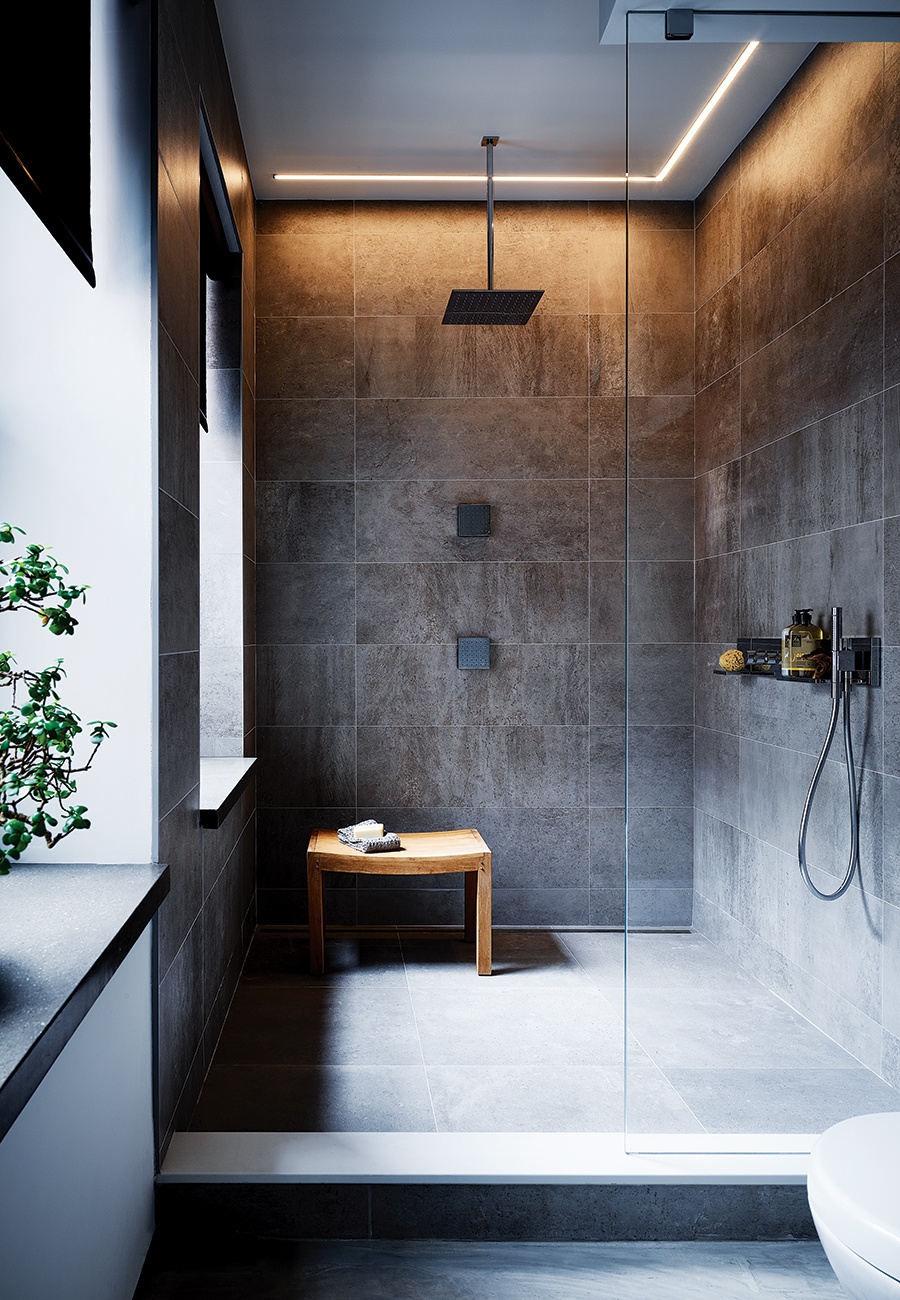 Drab and dated to chic and contemporary: That’s the transformation interior designer Diane Burcz aimed for when reimagining this small bathroom in a Downtown Crossing condo, owned by a biotechnology executive who splits his time between San Francisco and Boston.

Reconfiguring the 92-square-foot space was Burcz’s first challenge. Since the L-shaped room sits within a multi-unit building where pipes and ventilation couldn’t be moved, some structural changes the designer and her client initially hoped for (such as eliminating unwanted soffits above the toilet and vanity and fully recessing the medicine cabinet) were no-goes. Plans went full steam ahead, though, when it came to the client’s desire to swap out the built-in tub. Removing the fixture created space for a new 36-square-foot shower outfitted with a luxe rainfall system. Then, to help make the area feel more open, the designer removed a half-wall that separated the old tub from the toilet, replacing it with a sheet of glass.

With the structural changes complete, Burcz moved on to finishes, pairing modern fixtures—such as a mounted Toto toilet—with a healthy dose of concrete.Contractors outfitted the subfloor with a Schluter heating system, topped with a concrete overlay that complements the new cast-concrete windowsills. The floor also plays nicely with the shower, where Burcz called on Porcelanosa porcelain tiles that look like concrete but wear better under a deluge of water. Finally, to ensure that the contemporary space didn’t feel stark, the designer tied the room together with inviting wood accents, including a red-birch vanity and, opposite the shower, a cedar slat wall with a combined-steel towel bar crafted by Easthampton-based Oxbow Design Build. “A lot of times when you say ‘concrete,’ people think hard and cold,” Burcz says. “But with the right mix of materials, it really does feel warm.” 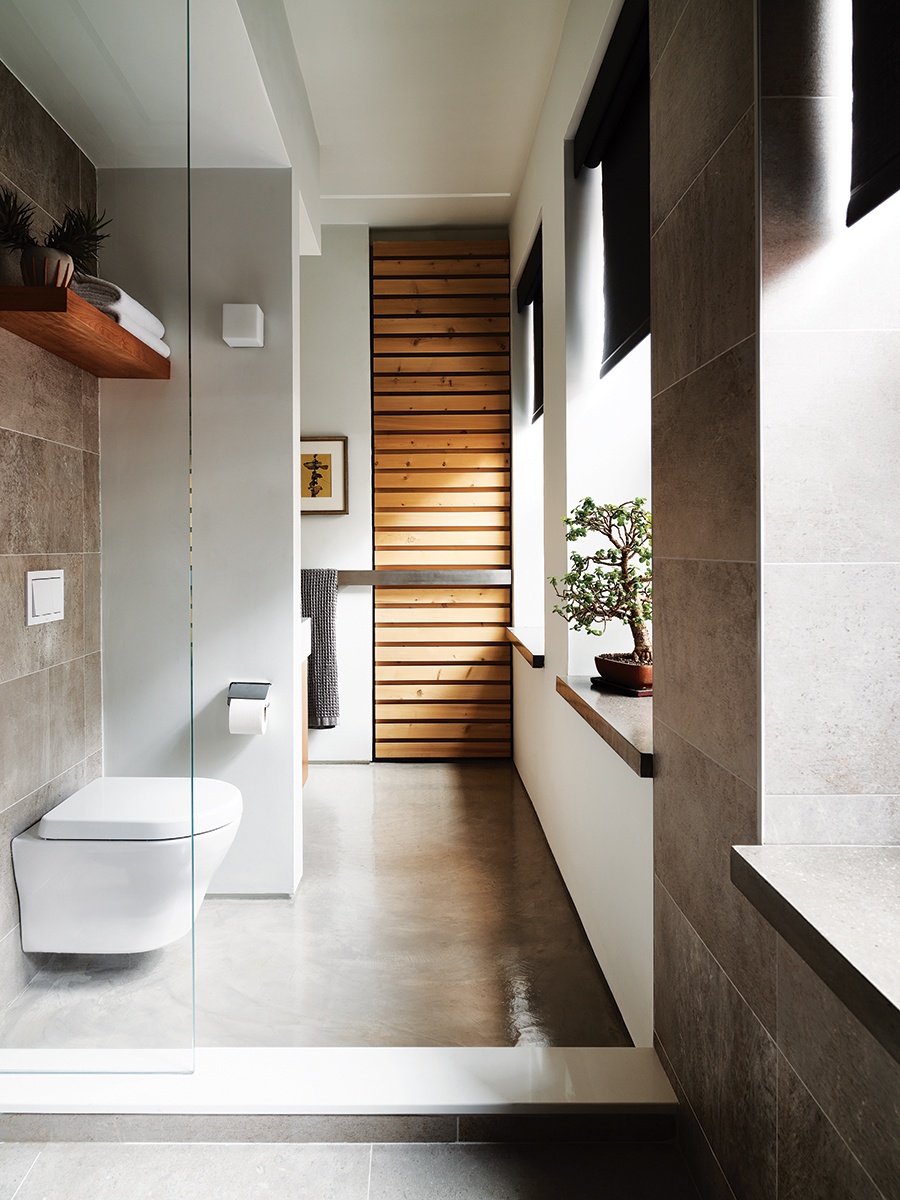 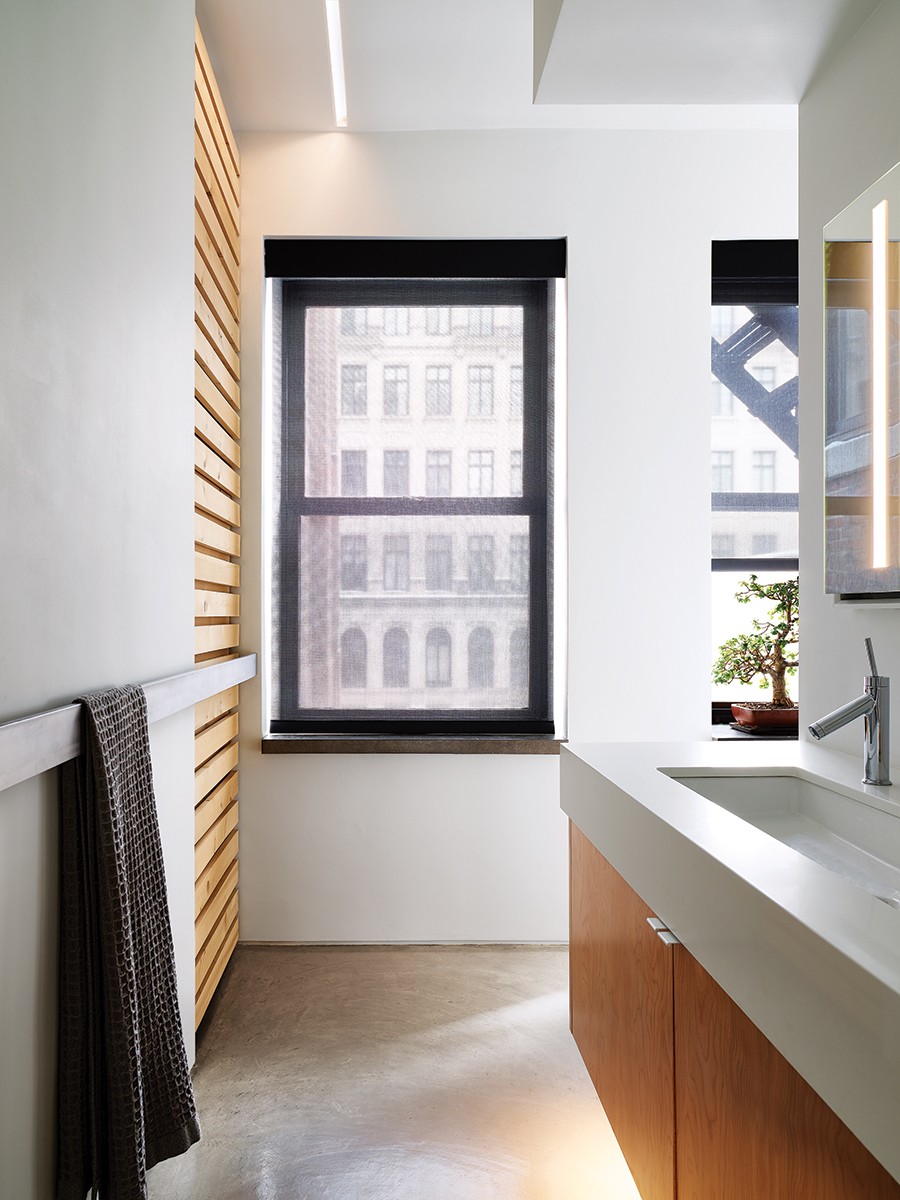