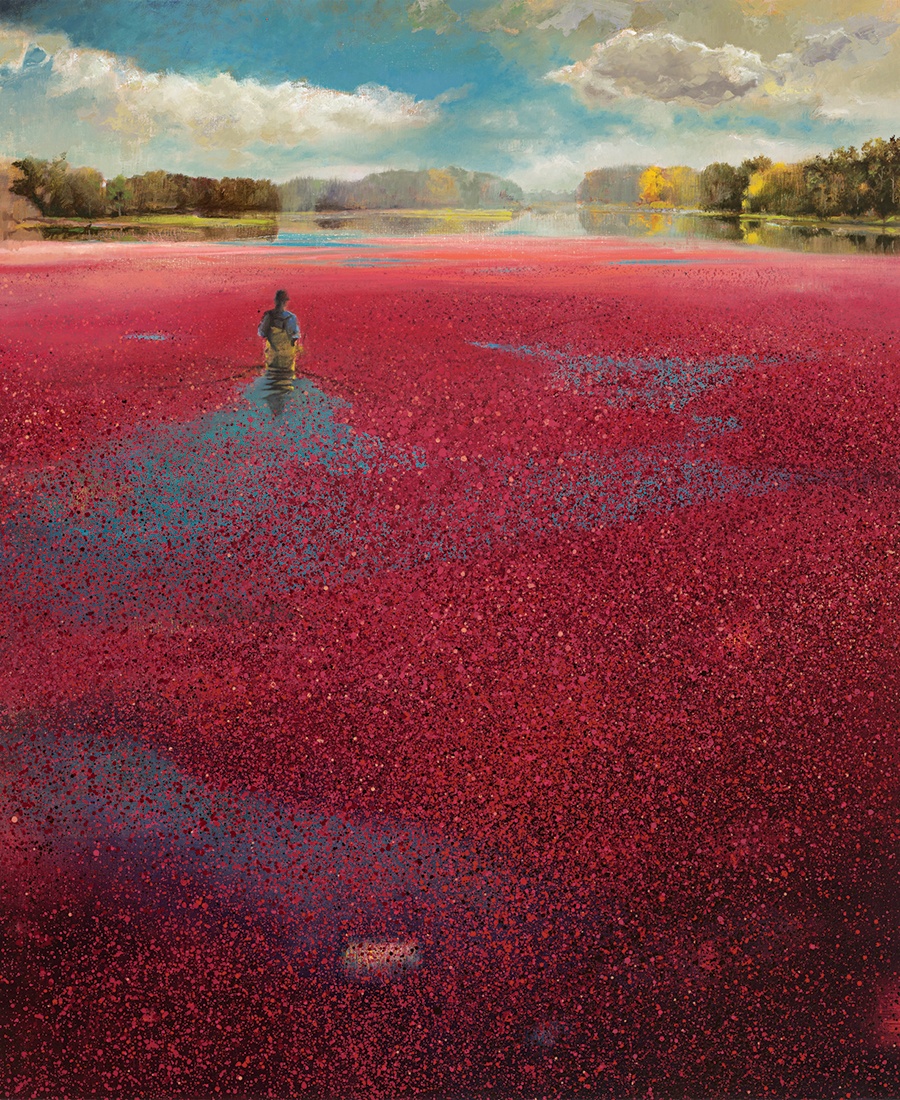 Cranberry bogs are familiar sights to many New Englanders, but not for Wilhelm Neusser. Though the German-born, Somerville-based painter knew cranberries from his morning muesli, he didn’t learn how they were grown until a colleague showed him photos from a South Coast harvest festival. “I was just blown away,” he recalls. “It was a landscape that was totally local, totally traditional, and at the same time crazy surreal.”

Intrigued, Neusser made multiple visits to bogs in nearby Wareham, wading knee-deep through flooded fields. “It reminded me of a nightmarish dream where you want to walk but you’re stuck—this kind of quicksand experience,” he says. Back in his studio, he laid canvas on the floor, manipulated the bristles of his brushes, and splattered seven shades of red to evoke the rich color and texture of bobbing berries. “I would kind of dance around,” Neusser explains. “There’s a very informal and almost action-painting part to it.”

Some of the resulting works—part of an ongoing series he began in 2018—have a nearly apocalyptic sense of unease, featuring ominous skies and hooded harvesters whose gear might be mistaken for hazmat suits. (When the paintings were exhibited in his native Germany, some gallery-goers assumed they depicted a natural disaster.) But Neusser’s recent paintings, including this sunny scene, have a more hopeful mood. “Right now, I’m much more inclined to paint something that has a healing, uplifting quality,” he says. “A safe place for the eye and the soul.”