Are you ready to pack your bags? 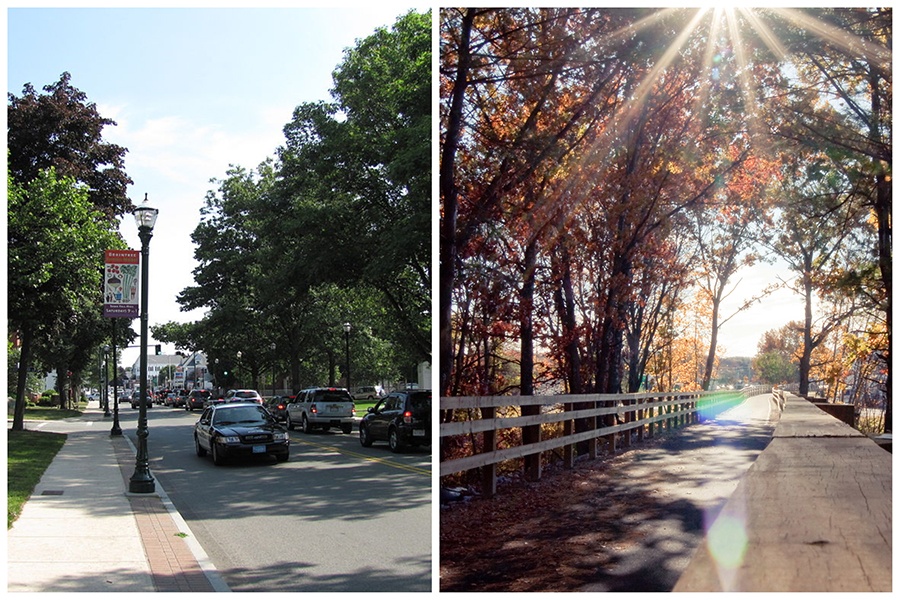 Searching for real estate around Boston, it can feel like there are no well-kept secrets left. For those scrolling aimlessly around Google Maps though, here’s a hot tip: Money has scoured the entire U.S. looking for those unicorn towns with reasonable home prices and high quality of life, and landed on two enticing Massachusetts locales. According to the personal finance publication, Chelmsford and Braintree are among the 50 best places to live in America.

Arriving at these winners is no easy process. Money reporters started by narrowing the list of national contenders by considering only cities and towns with a population of 25,000 or more. Then, they filtered out any towns that had more than double the national crime risk or a median income of less than 85% of their state’s median, as well as towns that lacked ethnic diversity, bringing the pool down to 1,890 communities to further evaluate. After amassing almost 212,000 data points—including cost of living, diversity, weather, amenities, and public education—and accounting for COVID-era factors such as housing distress and unemployment rates, they decided on and then ranked 50 leading locations. To avoid clustering, only one winner was allowed per county and a max of two per state.

So, among Massachusetts’ 300-plus possible places, what caused reporters to dub Chelmsford and Braintree the cream of the crop? In the case of Chelmsford, which ranked in the top half of the list at number 14, Money calls out its real estate, which is drastically more affordable than homes in Concord, just two towns away. “Chelmsford shares the beauty and charm of its more famous neighbor, while being much more accessible. Where the median home price in Concord is more than $800,000, Chelmsford’s is a more modest $342,000,” writes reporter Mayra Paris. The public schools are also a draw—Chelmsford High School took 31st place in Boston’s catalog of the best schools in Greater Boston this year. And to round it out, the Middlesex County town’s je ne sais quoi comes from its historical center, punctuated by the Unitarian church’s tall spire and farmers markets on the Town Common.

Braintree, meanwhile, placed at 26 for slightly different reasons. The Norfolk County locale may be more familiar to Bostonians given that it’s just 13 miles south of Back Bay and, Money argues, that’s a major part of its allure. But even when the city isn’t a buzz of activity, Braintree still boasts accessibility to the neighboring Blue Hills Reservation and the South Shore. Though the median home price of $427,000 is above the national average, it’s well below the million-dollar price tags that are far too easy to find in most towns surrounding Boston. At 38,000 residents, it’s a pleasantly small city—though those who live there can easily board the Red Line and disembark at South Station in eight stops.

Massachusetts wasn’t the only New England state to earn a spotlight. Cheshire, Connecticut and Salem, New Hampshire ranked at 28 and 37, respectively. Reporters loved that the Connecticut town, north of New Haven and South of Hartford, claims plenty of access to nature, an annual strawberry festival, and an extremely low crime rate. Thirty-five miles outside of Boston, Salem, New Hampshire earned a spot in the rankings thanks to its prime leaf peeping, hiking spots, and entertainment options (of note for the kids: It’s home to Canobie Lake Park).

For those game to move out of the region entirely, you might want to check out Evans, Georgia. The southern town acquired the list’s top place of honor due to its family friendliness, expanding downtown, top-notch schools, and diverse population. There, the median household income is $101,000 and the median home price comes to $241,000. Need we say more?