U.S. News and World Report Ranked Boston One of the Top Places to Live

Curious to see how Boston, Worcester, and Springfield placed? Plus, take a look at the best places to retire in the U.S. 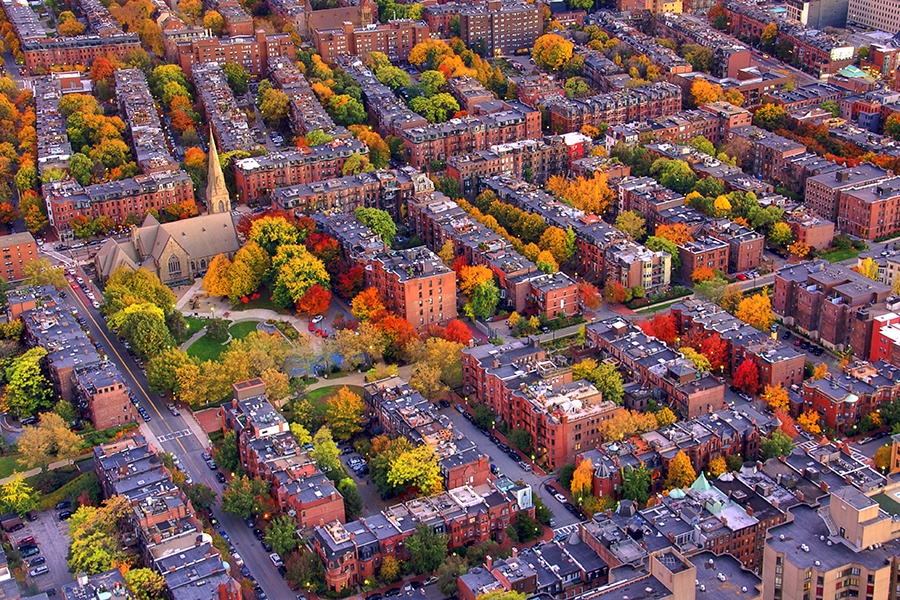 Photo via Getty Images/Through the Lens

Seven months into not being able to leave the apartment without a face mask and a pocket full of hand sanitzer, it’s not shocking that some urbanites are heading for the hinterlands—or the suburbs, at least. Money recently named Braintree, a town 13 miles south of Boston, and Chelmsford, Lowell’s less populous neighbor, two of the best places to live in the country. While Massachusetts is brimming with small town charm, what about the city lovers who aren’t looking to leave behind the melodic screech of the T, delectable takeout options, and pandemic pod-filled parks? The good news is, cities are having their own moment: U.S. News and World Report just released their 2020 ranking of the 150 largest metropolitan areas in the U.S., and Boston breezed in at number 18.

That’s a significant promotion from last year’s list, where Boston landed 27th place. But the state capital wasn’t the only Massachusetts town to rank—Worcester represented Central Mass. at number 68, while Western Mass. city Springfield came in at number 98. Those are both slightly below their 2019 ratings, of 62nd and 86th place, respectively.

How did U.S. News reach these evaluations? After using census data to find the 150 largest metros, reporters appraised each place based on five main qualities: the strength of the area’s job market, which hinged on average salaries and unemployment rates; housing affordability, measured by median household income and housing costs; the desirability index, which they determined based on the results of a 3,000-person poll; net migration, or how many people are moving to that area; and the quality of life, which looked at commute times, crime rates, and school rankings, among other factors.

By that measure, Boston earned a 7.1 out of 10 on the overall scorecard, with an 8.1 in desirability as a high point and, unsurprisingly, a 5.6 in housing affordability as its low point. Journalist Lauren Liebhaber, who wrote Boston’s overview for the report, called out the city’s schools, cultural institutions, culinary scene, and ability to be so many things at once: “It is historic but ever-evolving. It is on the cutting edge of medicine and technology, but traditional in its love of pastimes like cheering on hometown heroes at Fenway Park. It is a region of sports enthusiasts, artists and entrepreneurs.” 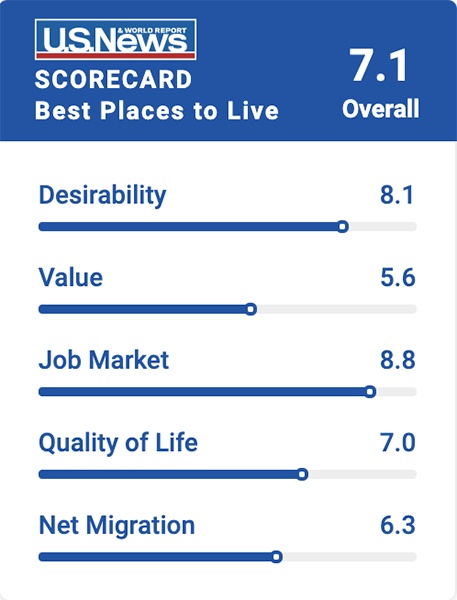 And though 18th place isn’t, well, first place, Boston did take the trophy for New England. The closest regional neighbor was Portland, Maine, which ranked at number 19. As for a few other major metropolises, San Francisco landed at 10th, Washington D.C clinched 30th, and New York City settled into the 121st slot. Colorado monopolized the top of the list, with Boulder and Denver taking first and second place—and Colorado Springs and Fort Collins securing fourth and fifth.

For golden agers looking specifically for good spots to retire, U.S. News wrangled some insights into that, too. Perhaps unsurprisingly, Florida won the top four out five places in this category, with Sarasota coming out on the very top. Locally, Manchester, New Hampshire (14th), Portland, Maine (33rd), and Boston (42nd) were rated the best options for retirees ready to make a move.

And, on a particularly hopeful note in the year 2020, Liebhaber bestowed Boston with this ringing endorsement: “For new families, recent college graduates, retirees or seasoned professionals, Boston is a place that can foster your next stage of life, whatever that may be.”