We ranked among the top five hardest cities for homeownership. 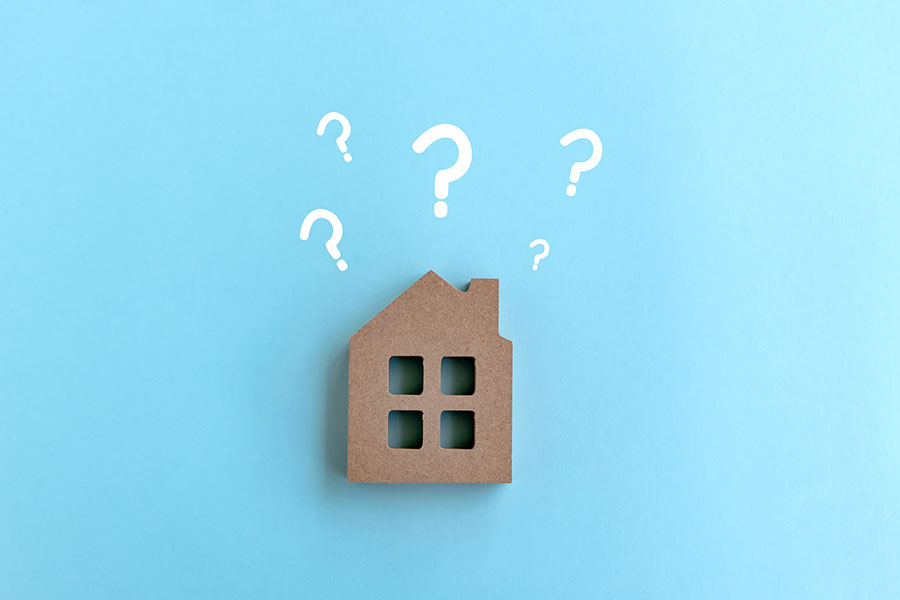 With 2021 right around the corner, many of us may be asking ourselves questions like, “How?” And, “a year, really?” And though the concept of time feels altogether bonkers at the moment, a new study by home listing site RealtyHop has put the value of a year into new perspective.

Considering interest rates are low but loans are scarce, RealtyHop decided to look into exactly how many years it would take residents of the 125 most populous cities in the U.S. to save up for a down payment. Homeownership is a worthy way to grow generation wealth, “but for many people, it’s just too hard to own when factoring in the monthly commitment, ongoing maintenance, and unexpected expenses, not to mention meeting the 20% down payment requirement, which is often considered the worst financial barrier to homeownership,” the study explains.

To determine the median home asking price in a given city, analysts averaged any listings on their website between December 1, 2019 and November 30, 2020, including condos, homes, and all other home types but excluding land parcels. They then pulled the median household income by city from the most recent census data, and from there calculated the years required to save up for a 20% down payment, assuming a household saves 20% of its annual gross income per year. In Boston, that meant a median asking price of $769,900 and a household income of $79,018. 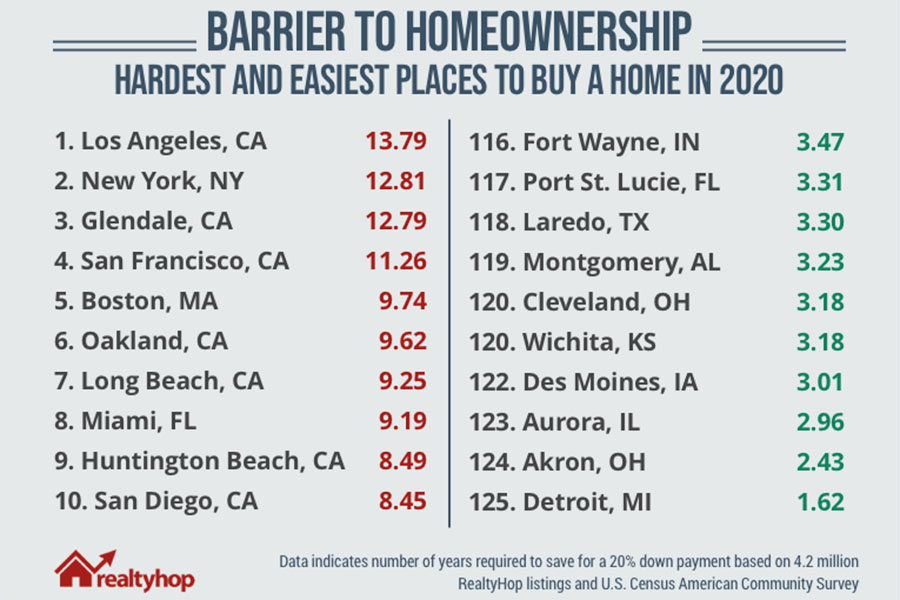 When it came down to it, Boston ranked fifth highest nationally with an average of 9.74 years of saving required to achieve homeownership. It’s not exactly news that real estate prices in this city range from steep to astronomical, but it could indeed be worse. The top four cities all hug the coasts, too, with Los Angeles taking the first slot and sporting a staggering figure of 13.79 years needed to save up for a home. New York and Glendale, California both averaged almost 13 years, too, and San Francisco placed just above Boston with 11.26 years.

Unfortunately for those looking to shave a few months off that near-decade number, while the pandemic has hit the city hard, home prices aren’t going the way of rents. In fact, a recent report from the Greater Boston Association of Realtors shows that the real estate market is doing fine, to say the least. Single-family sales were up nearly 37% from last October, while the median sales price rose from $593,000 in October 2019 to $700,000 this year. Even the condo market, which took a dip in earlier months of the pandemic, saw a 9% increase in the number of units sold in October and the median sales price went up as well. And that doesn’t even enter into how complicated it is to set aside 20% of your annual income at the best of times in an expensive city like Boston, let alone in a year filled with layoffs, furloughs, and pay cuts.

The silver lining? If every year flies by as confusingly quickly as 2020, we’ll all be proud homeowners in no time.