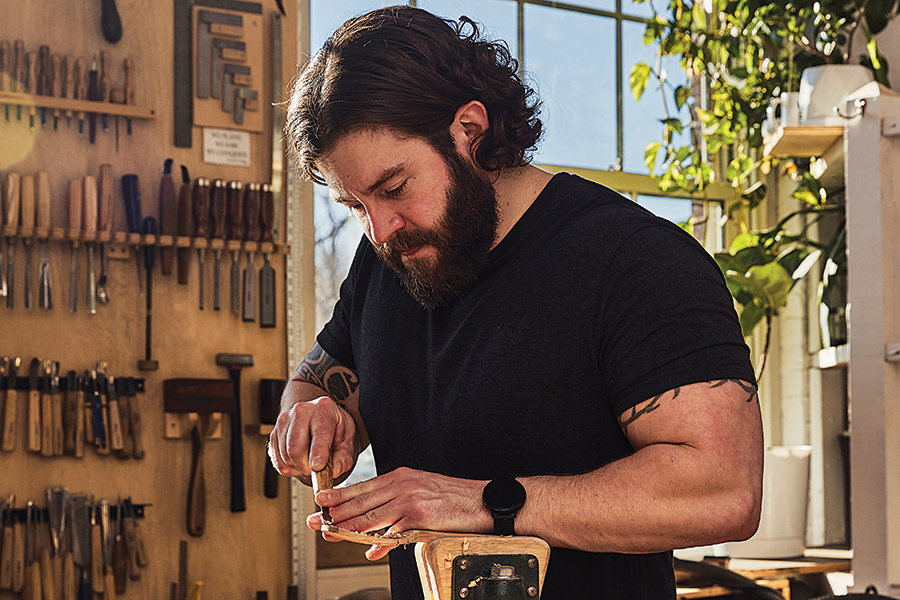 After securing the rice paddle in the vise, woodworker John Welch carves a unique decorative pattern. / Photo by Cody O’Loughlin

More than two decades ago, John Welch and his peers sat around benches creating birdhouses during eighth-grade shop class. Today, he works atop one of those same metal-and-wood tables—snagged at a local auction—in an 800-square-foot studio located just seven minutes away from his middle school. And although Welch has since ditched the birdhouses (but gained Nick Offerman–approved facial hair), he still handcrafts wooden wares. “It’s really important to make things with your hands,” says Welch, the owner of Lowell-based John Francis Designs. “It feeds your self-esteem in a way that almost nothing else does.”

After middle school, years went by before Welch picked up woodworking again (unless, of course, you count the miniature rocking chair he built for the teddy bear he gifted his high school girlfriend). When he purchased a townhouse in 2009, he quickly completed his list of home-renovation projects and was left with a bunch of tools. So when Welch, an avid cook, came across a video of someone carving a wooden spoon, he set off for his workshop (a.k.a. his garage) with newfound inspiration. “It got out of hand from there,” Welch says, laughing. Eventually, he felt limited by his saws and chisels but didn’t have room for power tools. Welch had two options: relocate to a home with a basement or lease a studio. He opted for the latter and secured a space at Western Avenue Studios in 2014. 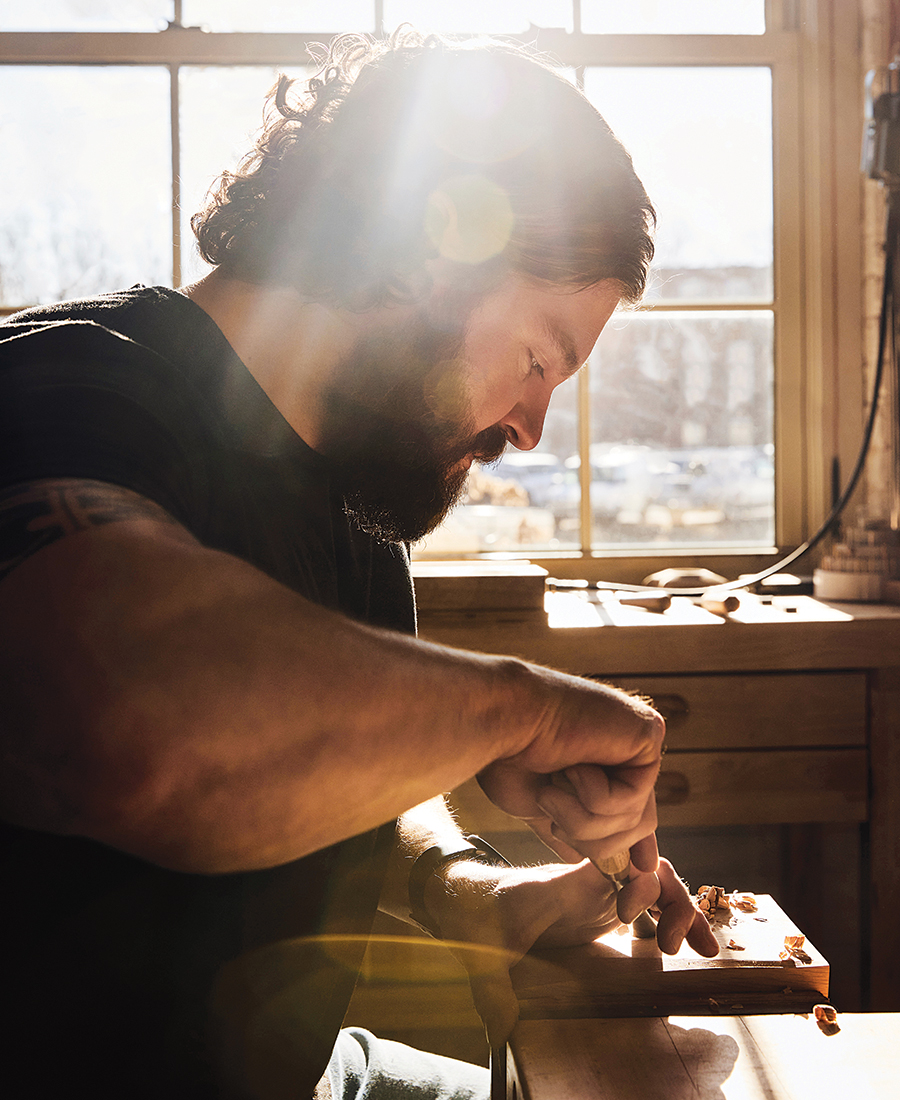 “There’s a soul that goes into the piece I’m making,” the woodworker says, nothing that many of his tools are vintage or were handmade by small businesses. / Photo by Cody O’Loughlin 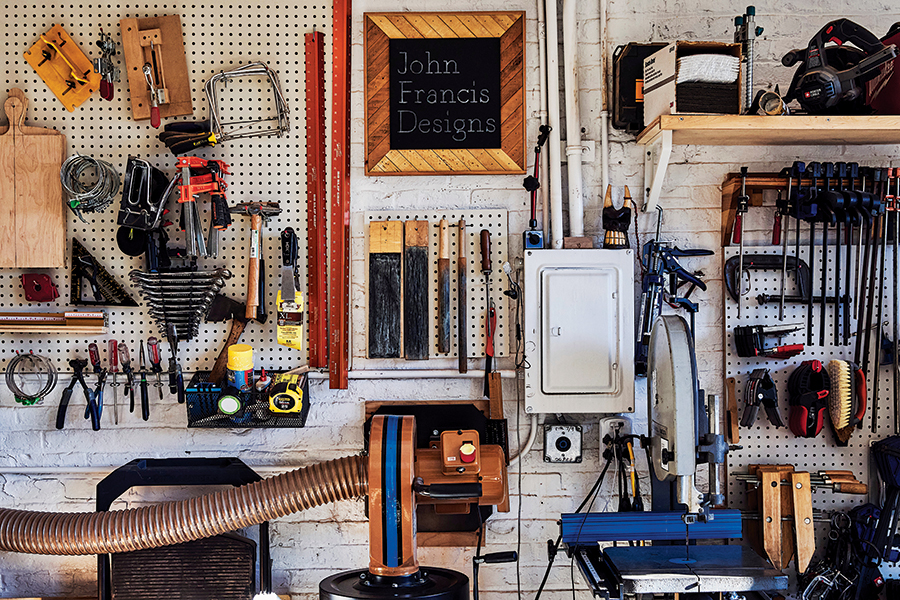 Along with his workbench, Welch’s bandsaw also came from his middle school in Lowell. / Photo by Cody O’Loughlin

All the while, Welch never thought of selling his spoons. It wasn’t until he learned about Western Ave.’s “Open Studios”—an event for the Mill City community and beyond to check out makers’ work—that he considered it. So he built up his inventory and opened his doors on a December afternoon. He sold his first spoon and soon amassed a following.

Today, of the 400 to 500 wares he makes per year, the spoons remain a top-selling item. He has also expanded his repertoire to include charcuterie boards, plates, trays, side tables, and more. “I love the idea of my work being part of a Sunday family dinner,” he says. 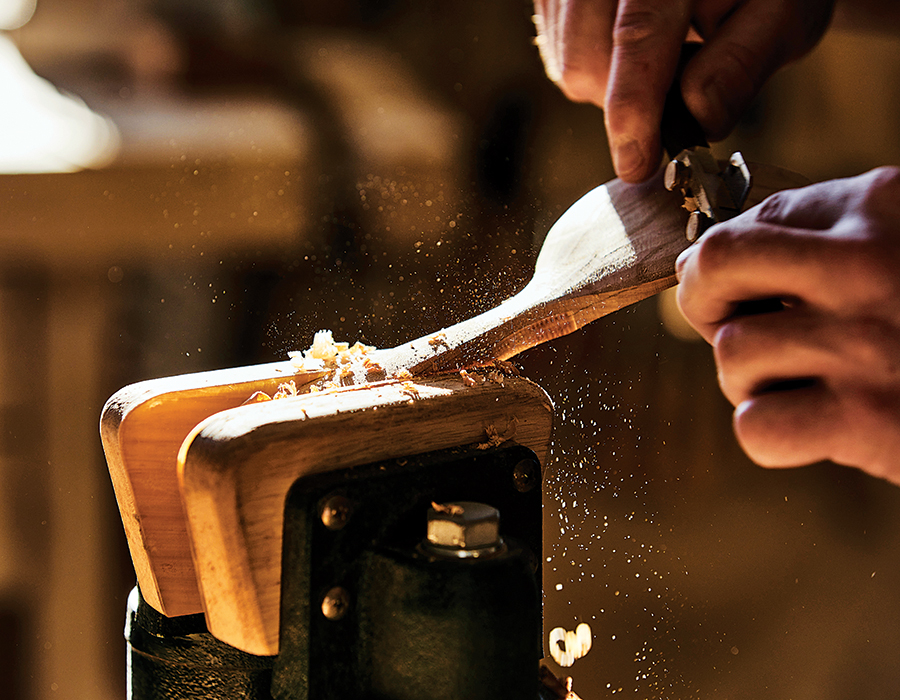 He shapes the paddle with a mini spokeshave. / Photo by Cody O’Loughlin 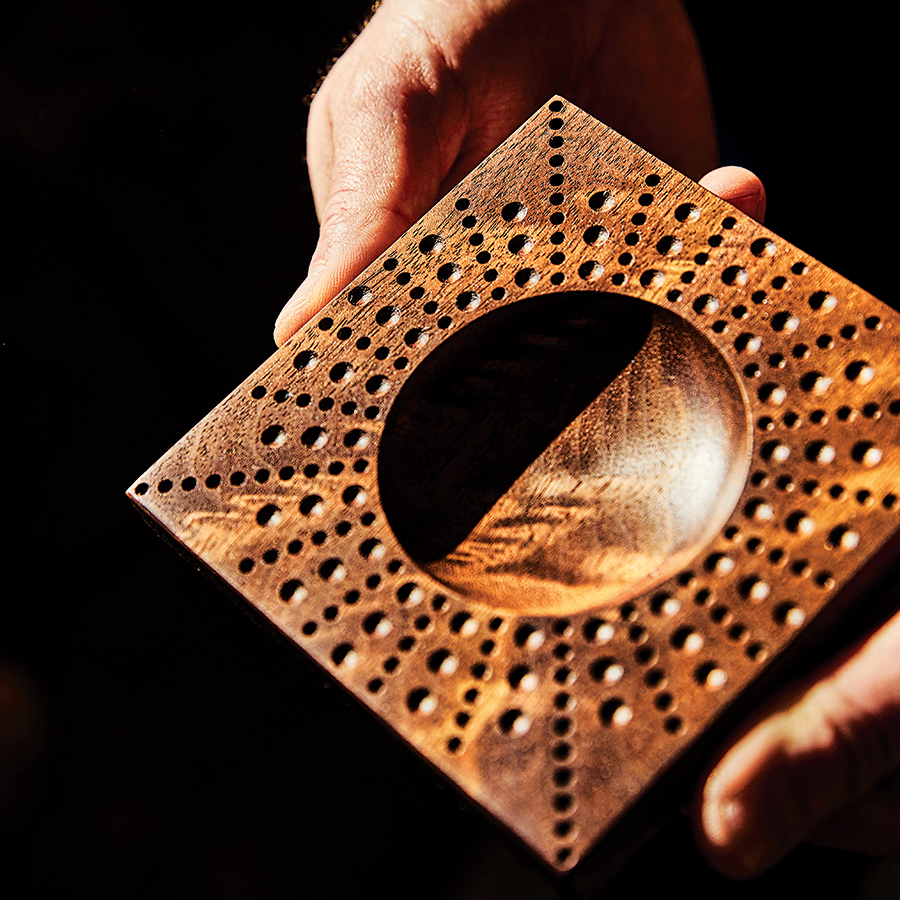 The craftsman tests each version of his ravioli mold with homemade pasta in his kitchen. / Photo by Cody O’Loughlin 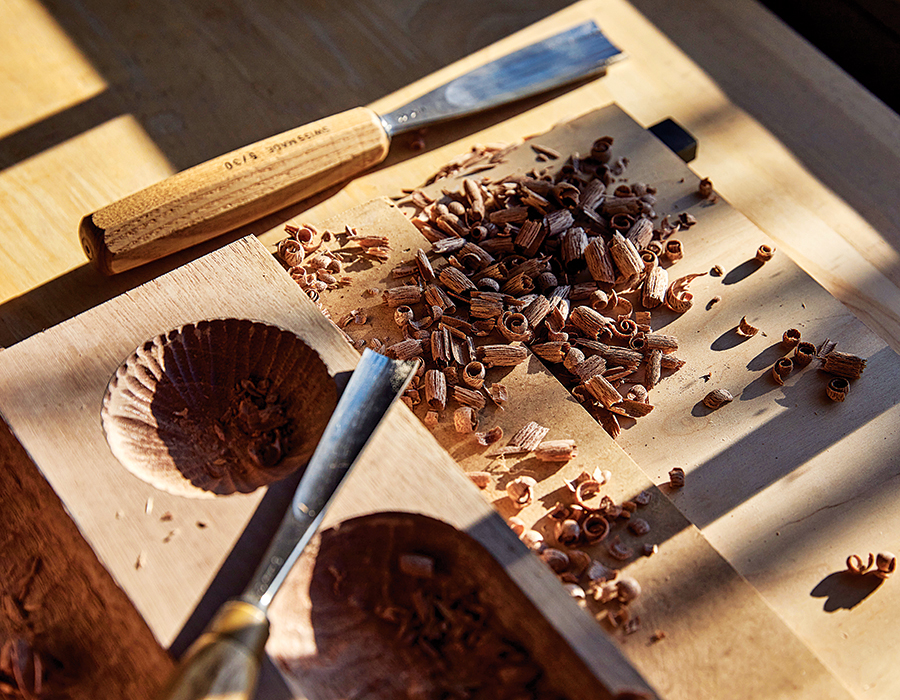 “I really love working with the natural beauty of the [wood’s] grain and knots to highlight what’s already there,” Welch says. / Photo by Cody O’Loughlin

But before those products reach his customers’ tables, Welch spends hours (or sometimes weeks) crafting each one. Take, for example, a rice paddle, which he designed for whipping up dishes like onigirazu (think: sushi sandwiches). To start, he selects a board from his “library” of domestic woods, choosing one with a “straight, knot-free grain,” he says, to ensure a strong finished product. Then, he freehands the outline of the rice paddle onto the board and guides the wood through a bandsaw. As the blade rotates, the machine roars and sawdust flies through the air. After, he flips the paddle on its side and moves it through the saw again, but this time he pushes it along a curved path to create the paddle’s scoop. Refining the shape, he clamps the paddle’s handle into a patternmaker’s vise and swiftly runs a spokeshave along the back. “Think of it as a potato peeler for wood,” Welch says. He then uses the tool to round out the handle.

For the next step, Welch turns everything off—the audio books and podcasts he plays while he works, and even the lights. He positions himself by the window, grabs a chisel from the dozens of carving tools that hang from the wall beneath a pennant that reads, “Hustle,” and carves a pattern into the rice paddle. “I just listen to the sound,” he says. “It’s like meditation.” To finish, he smooths the utensil with sandpaper and coats it in Osmo TopOil—a food-safe finish—for the final touch. 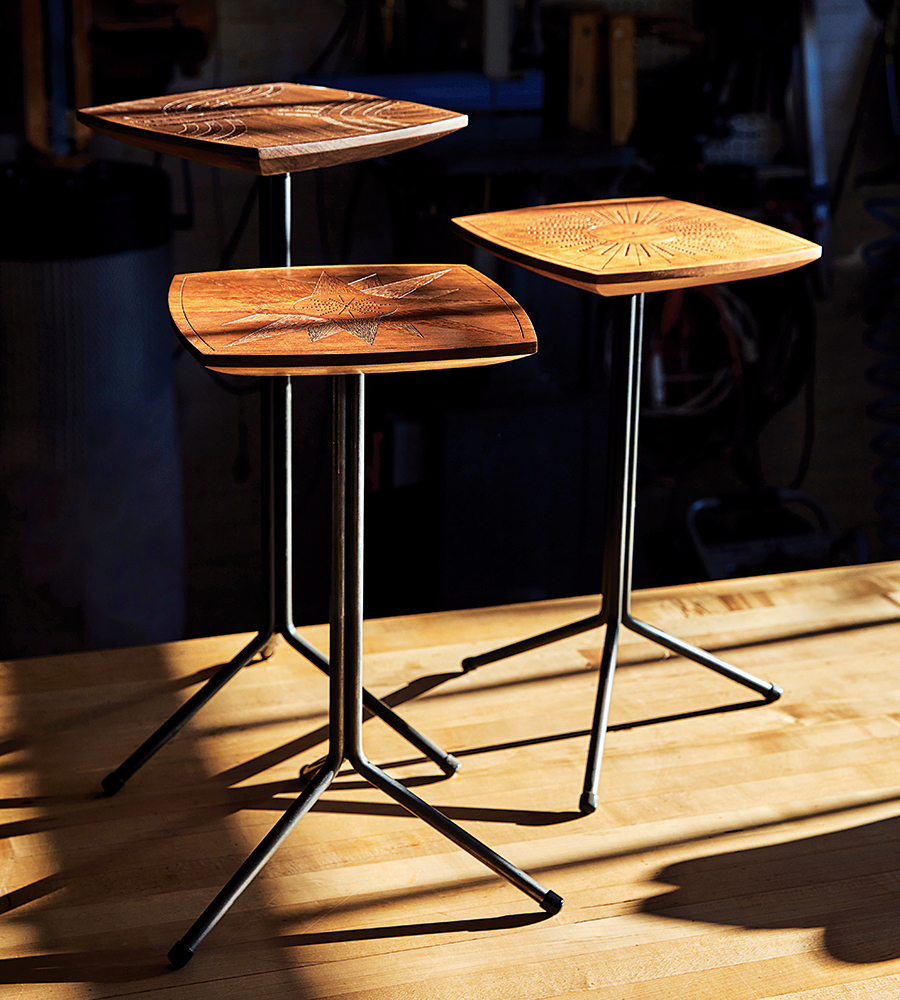 Welch first started creating side tables so he’d have a place to put his morning cup of joe (or evening glass of whiskey) when working from his couch. / Photo by Cody O’Loughlin 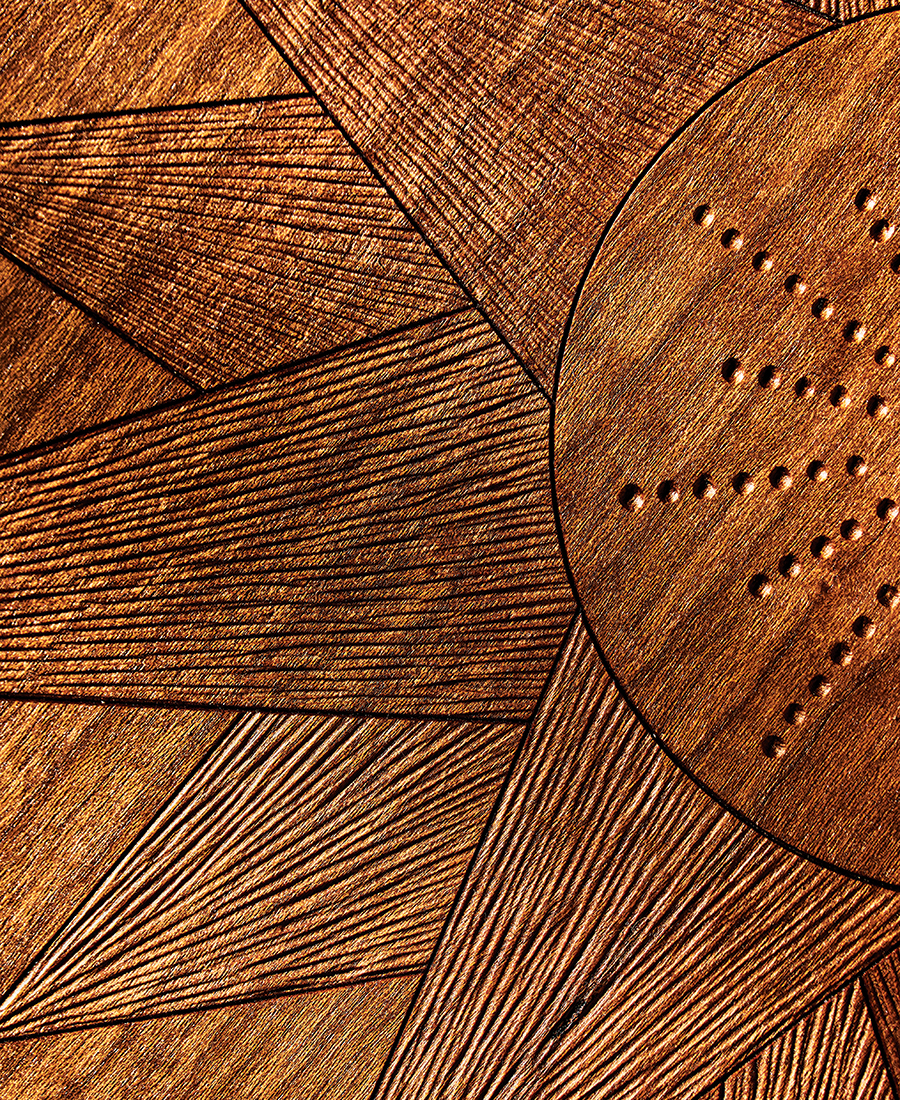 Recently, Welch has been testing out art deco motifs. “Visually, texture is appealing,” he says. “I like the way light plays off of it.” / Photo by Cody O’Loughlin 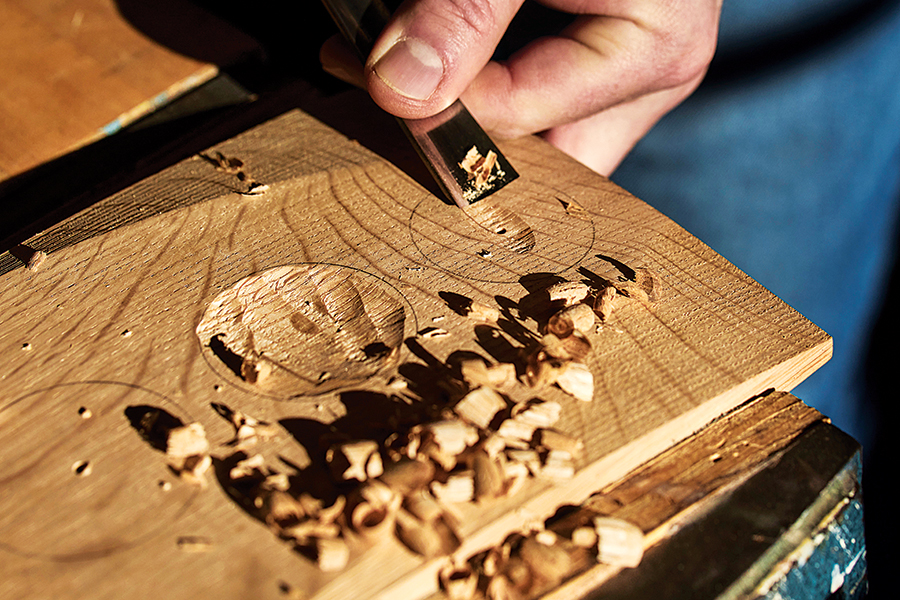 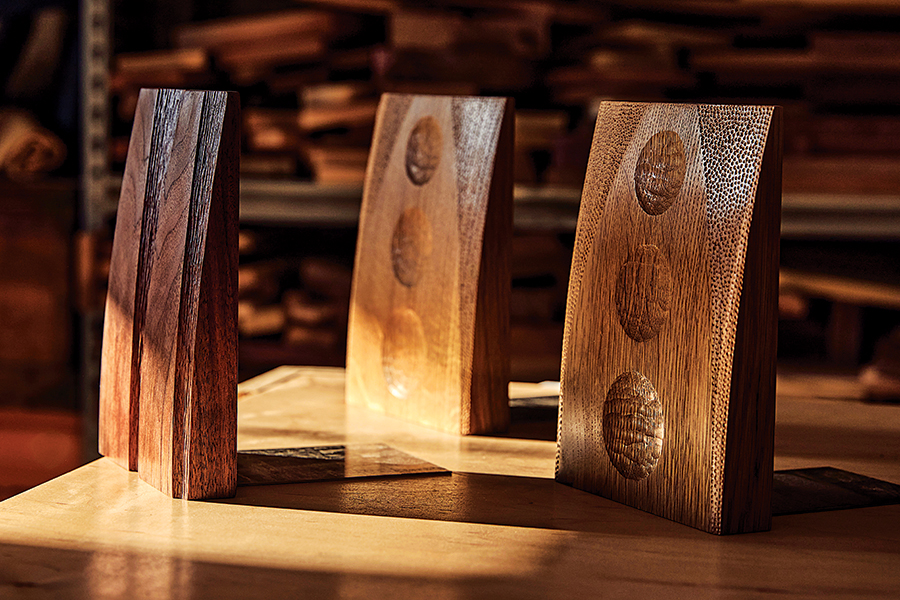 It’s the pandemic that has granted Welch the time to experiment with new wares like the rice paddle. He recently launched ravioli molds, which have been wildly successful, and has also ventured into building mirrors. As for the future? He wants to tackle larger, sculptural projects. But no matter the size, the woodworker’s hopes and dreams for each piece remain the same. “We live in a disposable society, where everything is run by Amazon. You expect things to last a year or two and then throw them away,” Welch says. “But I’m hoping that by people buying quality, handmade items, that [changes]. And maybe, those items get passed down to someone else.”