Has the Pandemic Changed the Traditional Open House for Good?

A cutthroat market, social distancing, and competitive buyers don't exactly blend well with the casual open house. Could the days of perusing homes for fun be over? 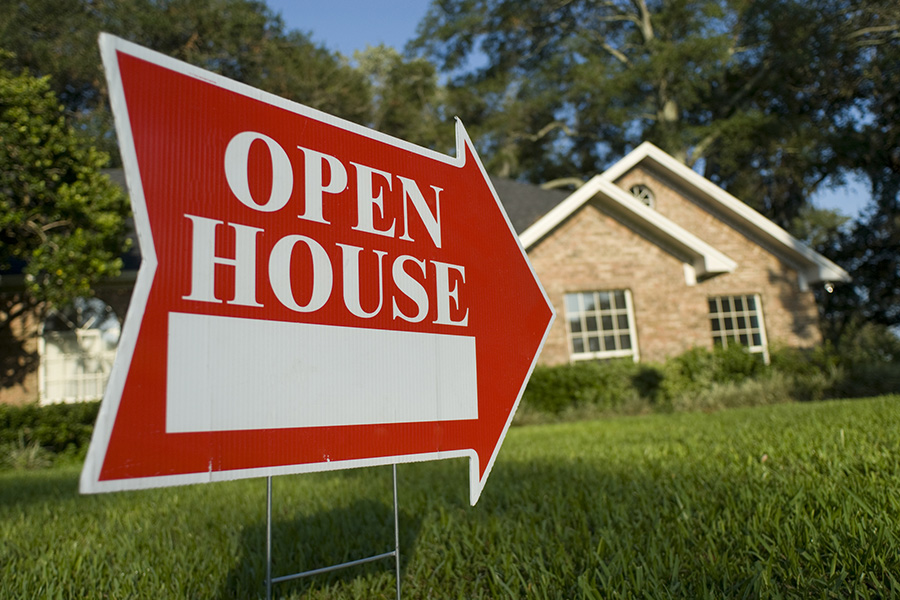 Open houses used to be akin to dinner parties: You’re a guest in someone’s home and abide by certain rules. No snooping, no poking around in the basement, and no staying past your welcome.

But these days, the peaceful open house is gone, replaced by a vibe that skews a little closer to high school house party. Realtors say they’re seeing some deeply unruly behavior from prospective buyers, up to and including trying to conduct home inspections on the fly by opening electrical boxes and flushing toilets—a very quick way to get yourself booted out of the home if you’re doing it without the sellers’ ok. Sometimes the problems begin before people even arrive, as the large crowds attracted by open houses lead to disgruntled neighbors and overwhelmed listing agents trying to manage the droves of potential buyers clogging the streets. Some particularly aggressive buyers have even tried to push to get in after the open house is over.

Massachusetts’ real estate scene was competitive pre-COVID, but a combination of a vamped-up buyer’s market and capacity limits enforced by the pandemic have made things downright cutthroat. Once a weekend hobby for the casual house hunter, open houses transformed over the last year due to increased demand and COVID prevention methods. Is the era of the breezy, low-stress open house over?

“It’s aggressive,” she said. “What we’re experiencing now is a result of low inventory…Agents are excited to make open houses fun again. They haven’t really been fun…People are excited about getting back to the way it used to be, but I think there’s going to be some corrections over the next couple months.”

Mary Gillach, principal at the Gillach Group at William Raveis Real Estate, says when COVID hit Boston, many people didn’t want anyone coming in their homes, but buyer demand was still off the charts. After a pause, agents began to move forward slowly and tentatively to get people in for showings. When in-person viewings began again, they were often only available to buyers who were already pre-approved for a mortgage. Those going to open houses early on in the pandemic only came in for 15 minutes at a time and wore gloves, masks, and protective booties on their feet. Private showings or scheduled appointments during an open house became more common in an effort to keep capacity down.

Steve Medeiros, 2021 President of Massachusetts Association of Realtors and a realtor at Keller Williams Realty says the majority of people followed MAR’s recommendation to continue showings while limiting the number of people coming through a potential property. Many realtors began scheduling buyers for 15-minute time slots to look at the home during an open house. Others let people come any time during an open house and only allowed a few groups in at a time. But realtors who did this were then faced with long lines of interested buyers snaking down the street.

Gillach even sold several homes via virtual open houses to people who hadn’t set foot in the homes yet.

“We really did limit the number of people,” she says. “There were no people wandering in anymore. We created all different kinds of ways to get people in to see things…Those that really needed to buy just did it.”

Scheduling individual appointments was something people were doing before COVID, Medeiros says, and may end up as one of the enduring changes to the open house process as restrictions are lifted. It’s better for neighbors who don’t have to face clogged streets and buyers who know when to show up so they can get one-on-one time to chat with the listing agent.

“When you have everyone show up at the same time, it’s hard to have conversations, so they have information they need to make a decision on the property,” Medeiros says. “If the market stays the way it is, you’ll probably see a lot of this stay the same. It makes it a little easier for the sellers not to leave the house 25 times during the week.”

Even as lockdown restrictions have eased, Gillach says many are still allowing only the decision makers to come through the home. And attending open houses just because you happened to be in the area hasn’t returned, even as restrictions have begun to lift. Masks may also be a mainstay, depending on the preference of the buyer.

“We had so many people looking for fun,” Gillach says. “I have not seen a return to the ‘Looky Lous.’ They’re not coming through because they’re in the neighborhood and they’re not bringing family with them anymore.”

But this doesn’t mean a return of the Nosy Nancy isn’t possible. Josh Muncey, a team leader with the Muncey Group of Compass says the open house is a valuable marketing tool for homes—as evidenced by the fact they continued throughout a global pandemic.

“Today, people are doing crowd control,” he says. “Everyone is wearing masks and making sure they’re distanced. I think in the coming weeks, open houses will be going back to [what the were before]. It’s such an efficient process for people to get in and have an agent there who knows the property inside and out. It works.”

And with summer coming and many buyers growing weary of the competition to buy a home, Muncey predicts the white-hot demand may cool a bit. So if your idea of a Sunday stroll is hitting an open house, don’t fret: The days of wandering through might be back again before you know it.