Boston Has the Second Most Expensive Zip Code in the Country

The state as a whole is home to seven of the 100 priciest zip codes in the country, according to a new analysis. 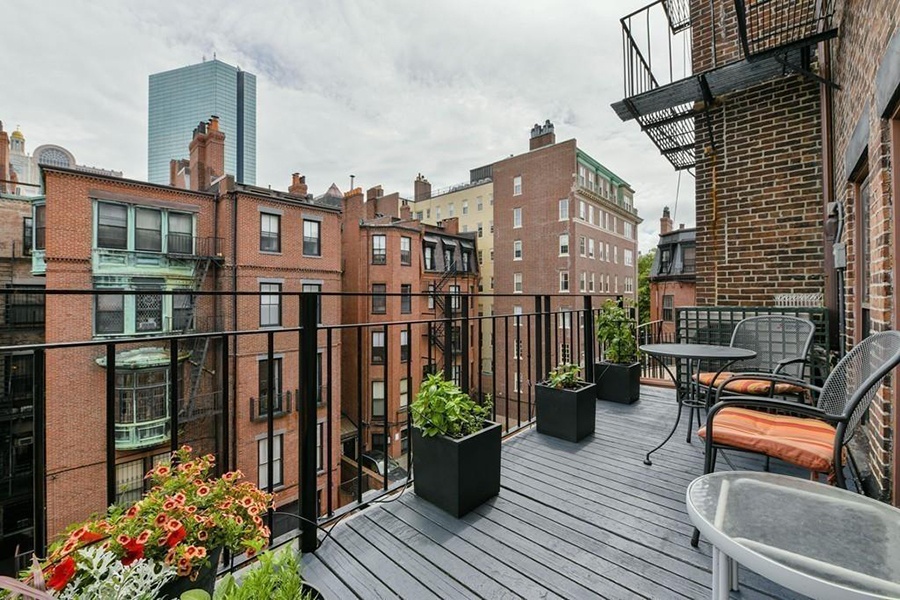 After a bit of a COVID slump, Back Bay has been named the second priciest zip code in the country, thanks to a record-breaking year of home sales that helped it rejoin the ranks of the most expensive neighborhoods in the U.S.

The title was bestowed on the zip code 02199 by Property Shark after they analyzed the median sales prices of residential transactions closed between Jan. 1 and Oct. 22 of this year all across the country. According to the data, people getting their hands on a coveted Back Bay brownstone paid a whopping median price of $5.5 million over the last year, representing not only a record-breaking point for the neighborhood—which includes housing around the Prudential Center—but a bounce back after this particular area was hard hit by COVID. (Property Shark said Back Bay had insufficient sales data to be included in their 2020 analysis.) This isn’t to say you can’t find a more affordable yet still charming condo here, but compared to other parts of the country…you may be out of luck.

This particular downtown neighborhood of Back Bay has ranked highly in years past, claiming a #6 rank in 2019 thanks to its $3,669,000 median sales price. But this year’s boom has it knocking Sagaponack, a village on Long Island, out of the number two spot. Back Bay was only beat out for the top spot this year by Atherton, California. The 94027 zip code of this town outside tech company epicenter Palo Alto had a median sales price of $7,475,000, making it the most expensive zip in the country for the fifth consecutive year.

While Back Bay turns out to be Massachusetts’ priciest zip code by a long shot, Property Shark’s analysis also turned up a few more familiar faces that hold their own when it comes to the country’s most expensive areas. Of the 100 priciest zip codes in the country, Massachusetts holds seven spots, two of which are in Boston. Not shockingly, Beacon Hill’s 02108 also made the list, at #91, thanks to residents paying a median of $1,673,000 to own a home here.

Two Nantucket zip codes also made the ranks as people continued to look into buying beach homes now that they’re not chained to their desks with a five day commute.  Nantucket’s 02554 came in as the second priciest zip in Massachusetts and the 58th most expensive one in the country, thanks to newcomers in this part of the island paying a median sales price of $2 million this year. Chilmark also made the ranks at 93, with new homeowners paying an average of $1,663,000 to live in the 02535.

Compared to other parts of the region, Massachusetts also takes the cake for having the highest number of expensive zip codes, with seven out of the eleven New England zips ranked in the top 100 coming from here (Connecticut holds the rest of the spots thanks to some of the more expensive parts of the notoriously pricey Fairfield County). The constant sticker shock may be wearying, but this data may just show that Back Bay (and the city as a whole) is coming back as a place to live.