After Two Years of Househunting Frenzy around Boston, What’s Next?

As always, predictions of leveling out can be taken with a grain of salt. 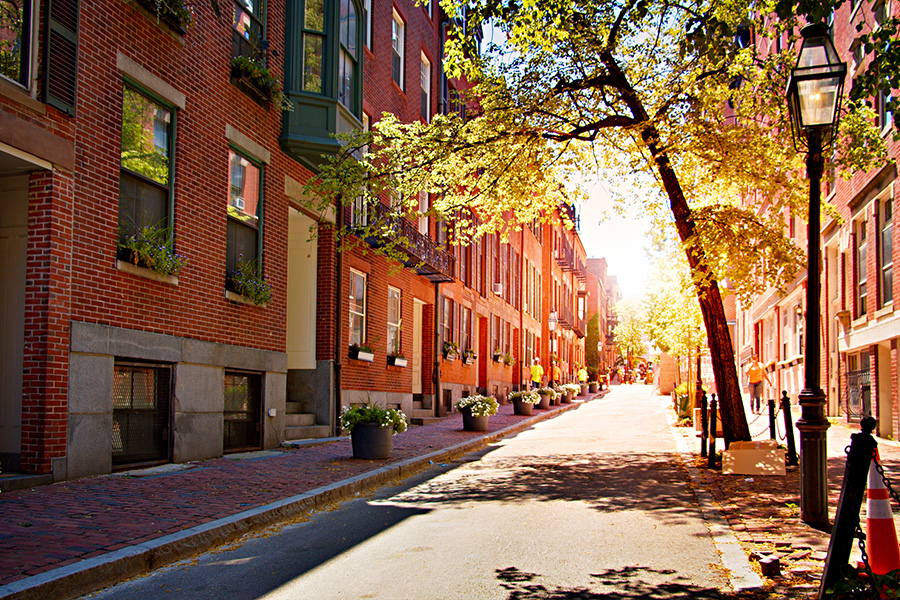 What can even be said about the Boston area real estate market at this point? Probably just a string of expletives that aren’t fit for print. After all, over the last two years, househunters have faced a real estate market with a level of competition akin to The Hunger Games (and the odds were not in their favor). When interest rates dipped in 2020, everyone had the same bright idea to take advantage of them, flooding the market with homebuyers eager to pick over a state with scant inventory and already sky-high prices. Contingencies were made, cash offers were thrown down, and all for homes that were selling for far beyond their value. Now, two years later, interest rates are creeping back up and househunters are waving their white flags in surrender and returning to their overpriced rentals. But in backing down, buyers might actually be prolonging our dystopian housing market.

First, the (somewhat) good news: Where once realtors saw 10 to 20 offers on desirable listings, now they’re getting offer numbers in the single digits again. Homes that were once snatched up within days are now sitting on the market for a week. And there’s actually wiggle room when it comes to pricing. Josh Muncey of the Muncey Group with Compass says most realtors now are expecting home values to stay the same for the remainder of the year, as opposed to the unending skyrocket we’ve seen over the last 24 months.

Going from 12 to 2 offers on a home selling for twice what it did a few years ago doesn’t feel like much improvement, but after the last few years, it’s something. What’s behind it? Realtors say rising interest rates and buyer fatigue are taking their toll, especially on first-time home buyers. Couple that with the continued astronomical prices and many people either can’t swing a purchase now or simply don’t want to keep battling this market. “If no one can afford to buy, sellers are going to sit there and not sell or lower their price and get competitive,” says Kyle Zene, broker and CEO of Zander Realty Group. “I do think it could contribute to leveling out—only time will tell.”

If you’ve peeked at home prices only to back away in horror over the last couple of years, your only response to this prediction might just be: LOL. This subtle swing from truly terrible to a-tiny-bit-less terrible has not yet hit for many people who are actually out there trying to buy a place. “The market is oversaturated with either brand new impossibly expensive houses or fixer uppers that no one has the time or money to manage—anything in between is taken up so fast,” says Araxie Miller, a design director based in Malden who’s been house hunting in the area with her husband since 2020.

In that time, they’ve seen other buyers showing up to open houses with a contractor, an appraiser, and an insurance rep, ready to make an offer on the spot. “Some of the prices points and what you are offered is laughable on a good day, demoralizing on others,” she says. “I don’t think (the market) can make up its mind, honestly. They’ve adjusted the interest rates so that the purchase rate is slower, but I still see houses getting bought within mere hours of listing.”

But some buyers are still going into house hunting ready to risk it all, which is why sales prices are still climbing. And it’s what sellers have come to expect. Beth and Bill Chandler of the Chandler Group with Douglas Elliman Real Estate say people putting their houses on the market still expect to receive cream of the crop offers. They want hundreds of thousands over asking, no contingencies, and multiple offers served to them. “There’s a whole reeducation that needs to occur,” Bill Chandler says, with Beth adding, “a lot of [sellers] are just too late” to the craze. In other words, while buyers may still be heading into the market prepared to throw everything but the kitchen sink at a deal, and sellers are still expecting that, the market conditions don’t necessarily call for that. For now, though, these mutual expectations about how bad things are may even be contributing to the ongoing frenzy.

Bottom line? Things might be easing up, at least for buyers able to purchase on the higher end of the scale. If you’re trying to buy a house for less than $800k (which is presumably…a lot of you), you’re still out of luck. But for those able to make offers closer to $1 million, now might be the time to test the waters.